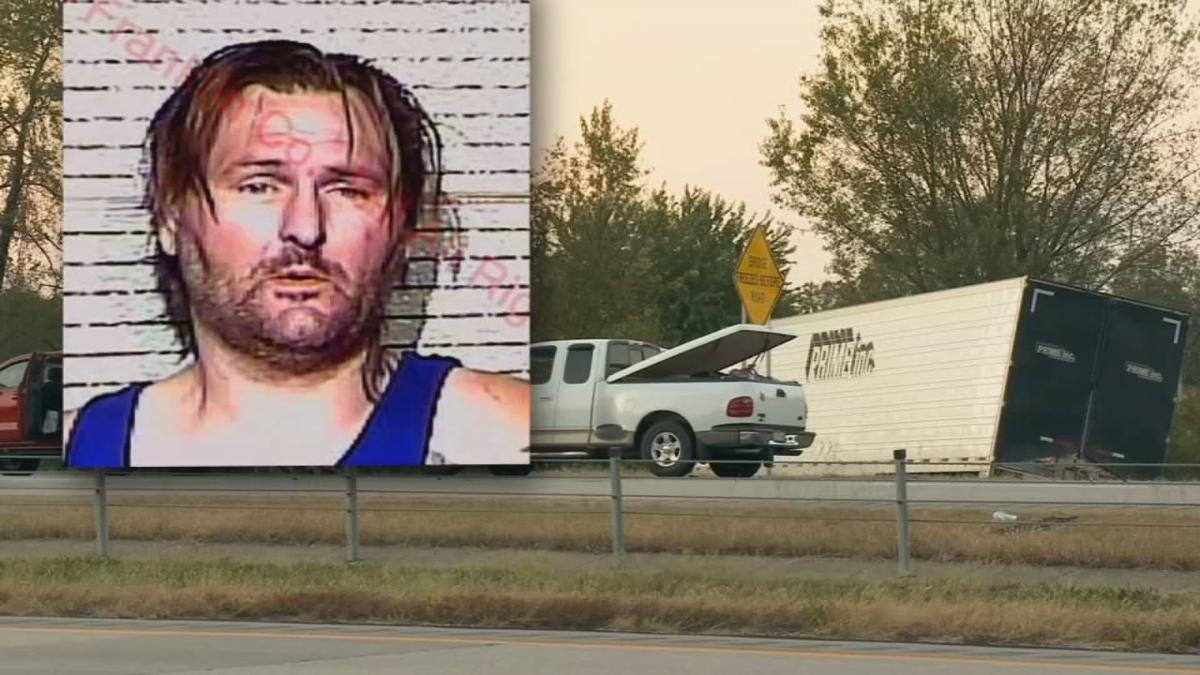 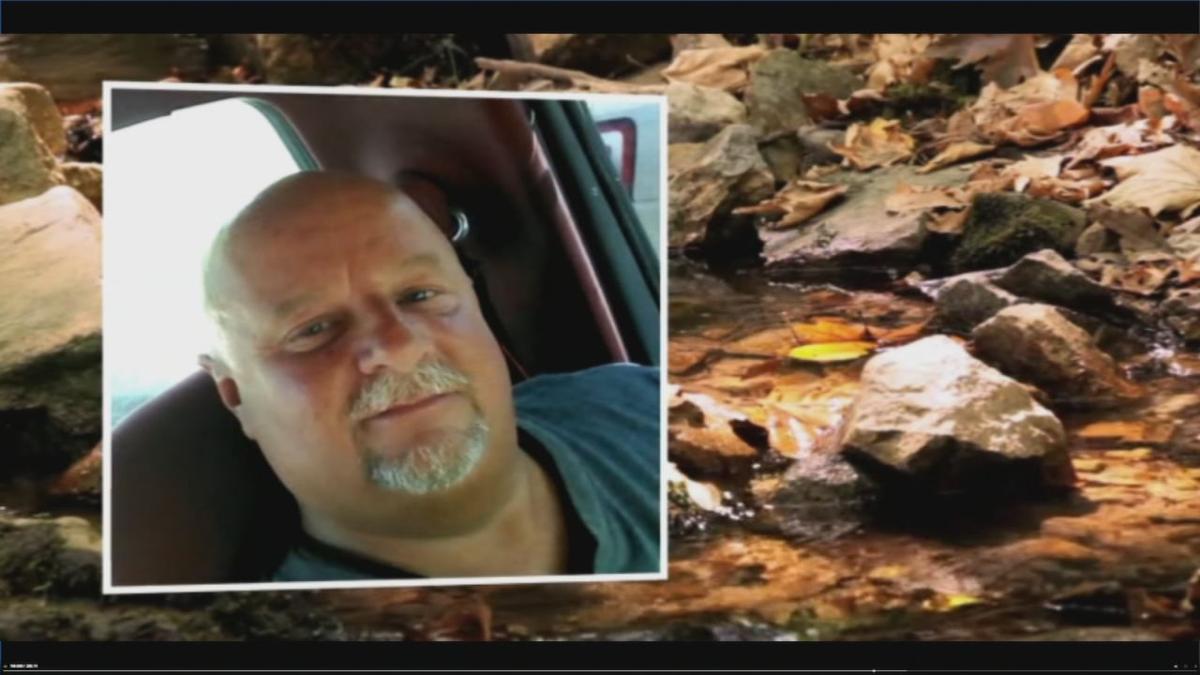 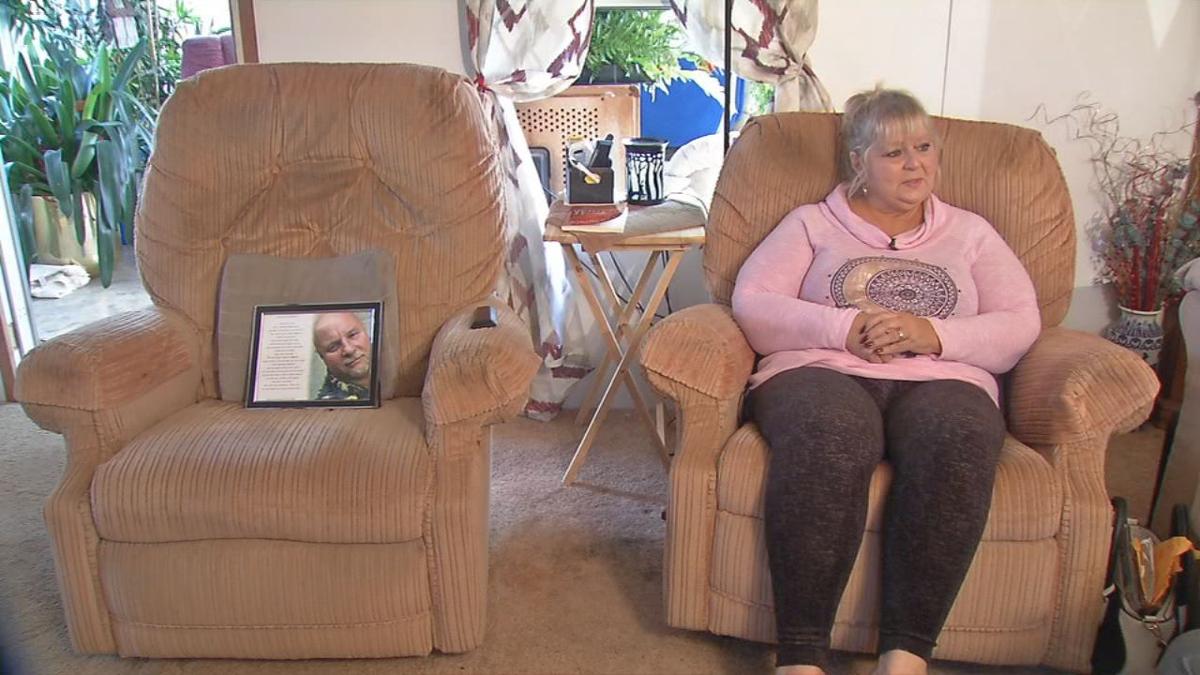 Mary Ann Rajabi sits next a chair holding a picture of her fiance, Jeffrey Curtis. Curtis was killed by an alleged "distracted driver" in a motor vehicle crash.

Mary Ann Rajabi sits next a chair holding a picture of her fiance, Jeffrey Curtis. Curtis was killed by an alleged "distracted driver" in a motor vehicle crash.

Inside the frame is the image of her fiance, 61-year-old Jeffrey "Jeffro" Curtis, wearing a Hawaiian designed shirt, a salt and pepper goatee and a warm smile.

"I did that when I came home from the funeral," Rajabi explained. " I think I've cried all the water out of my body but I set him there to be with me all the time."

The violent crash that killed Curtis occurred in Franklin County, Kentucky, on Sept. 29. Police said a semitruck smashed into the back of Curtis' black Jeep Liberty on I-64 near the Kentucky River Bridge in Franklin County.

Court records say truck driver Jerry Elder Jr. was distracted, watching a video on his cell phone while driving and didn't see the slowed traffic near a work zone.

Kentucky State Police originally charged Elder with manslaughter after the wreck but this week prosecutors secured a grand jury indictment for a harsher charge of murder.

"To me that is murder, that isn't just a matter of oops I had an accident," Rajabi said. "You took a life."

The death and conditions surrounding it place Kentucky at the forefront of an unusual case. Other state's have a vehicular homicide charge which could apply to this instance, but Kentucky doesn't have such a law.

"You typically don't see a murder charge with a vehicular death unless there is extreme amounts of alcohol or extreme circumstances," attorney Leland Hulbert said. "It's about extreme behavior and ignoring risks."

Hulbert prosecuted in Louisville and for the state of Kentucky for 15 years until forming his own practice. He explained murder cases for drunk driving are unusual and for distracted driving related crashes are even more rare.

"It's something I think you are going to see more of across the country with everyone texting," Hulbert said.

Highway safety statistics show more than 50,000 distracted driving related crashes in Kentucky each year, 200 of those wrecks end in death.

Curtis, a self professed "man of the dirt," made a 30-year career out of gardening. He was driving back from a job site in Liberty, Kentucky, at the time of the crash.

"To be without him is like not breathing, it really is," Rajabi said. "(Elder) took the love of my life away and I can't forgive that."

There was another car smashed in the same wreck, a Ford Explorer carrying five people. All of them survived.

Rajabi says she doesn't know if her fiance's death will set a legal precedent, but she hopes it's a wake up call, so others won't live her pain.

Elder was indicted this week for murder, assault and wanton endangerment. If convicted, he could spend the rest of his life in prison.