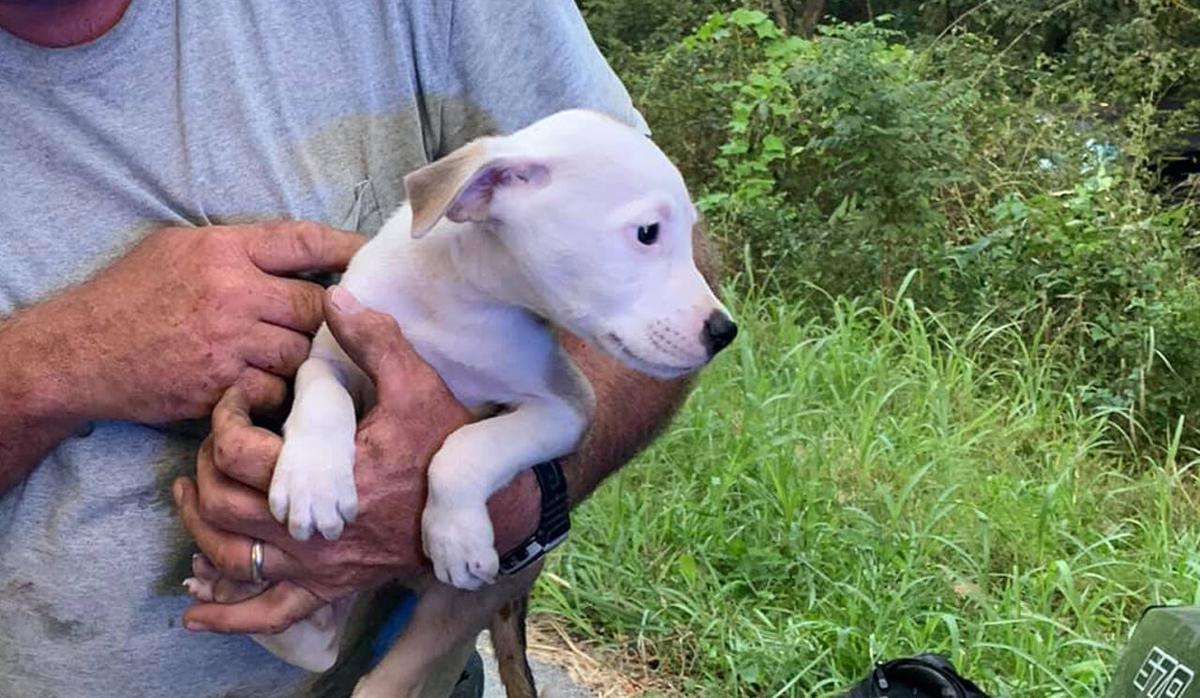 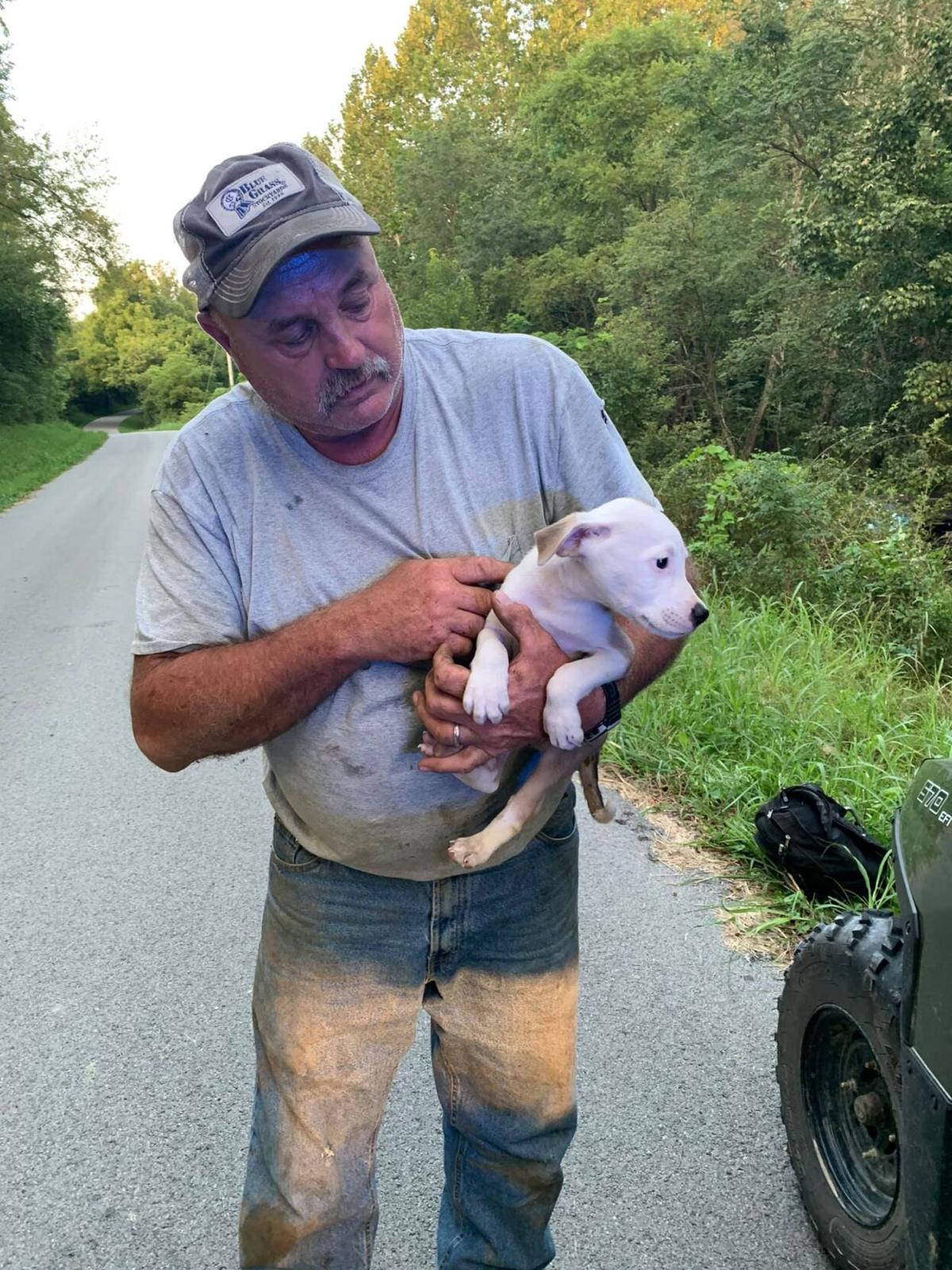 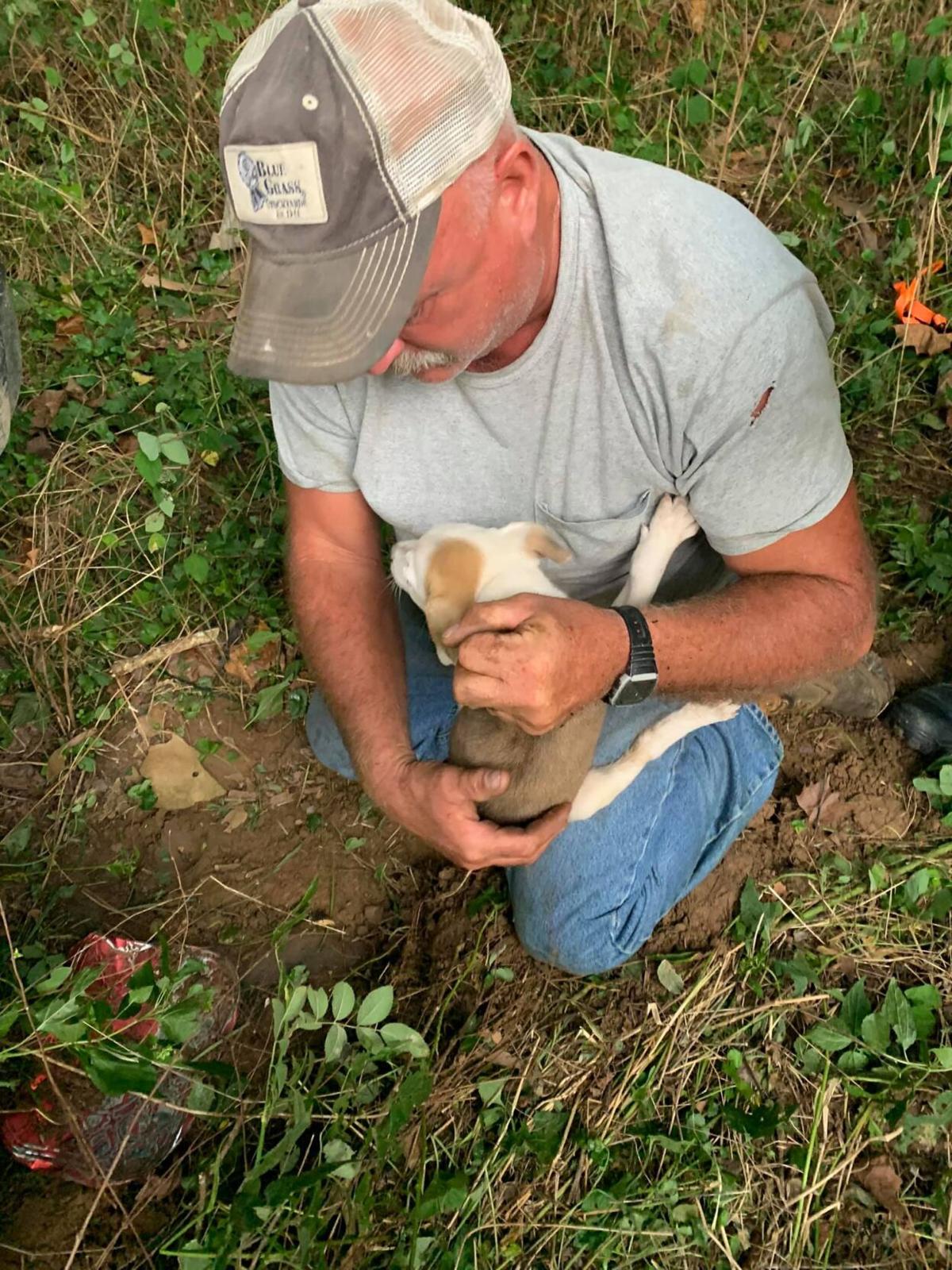 According to a Facebook post by the Spencer County Sheriff's Office, the incident took place Friday. The agency said the truck had rolled over on Brashears Creek Road and was believed to have been abandoned after one person had been transported to the hospital via EMS and at least two others fled the scene.

When a deputy went down to the truck to see if anyone else was left, the deputy heard growling, according to the Facebook post. That's when they discovered a tiny puppy under the truck.

An off-duty firefighter was able to crawl under the truck and coax the puppy out.

That puppy was turned over to Spencer County Animal Control, according to the post.