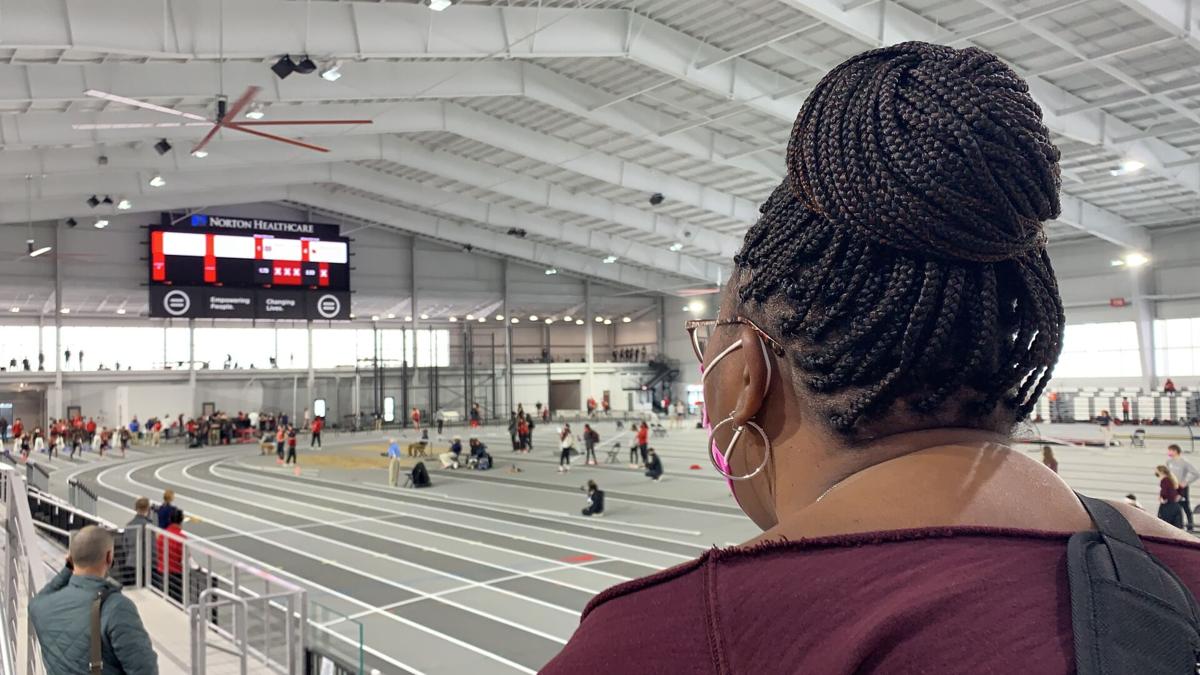 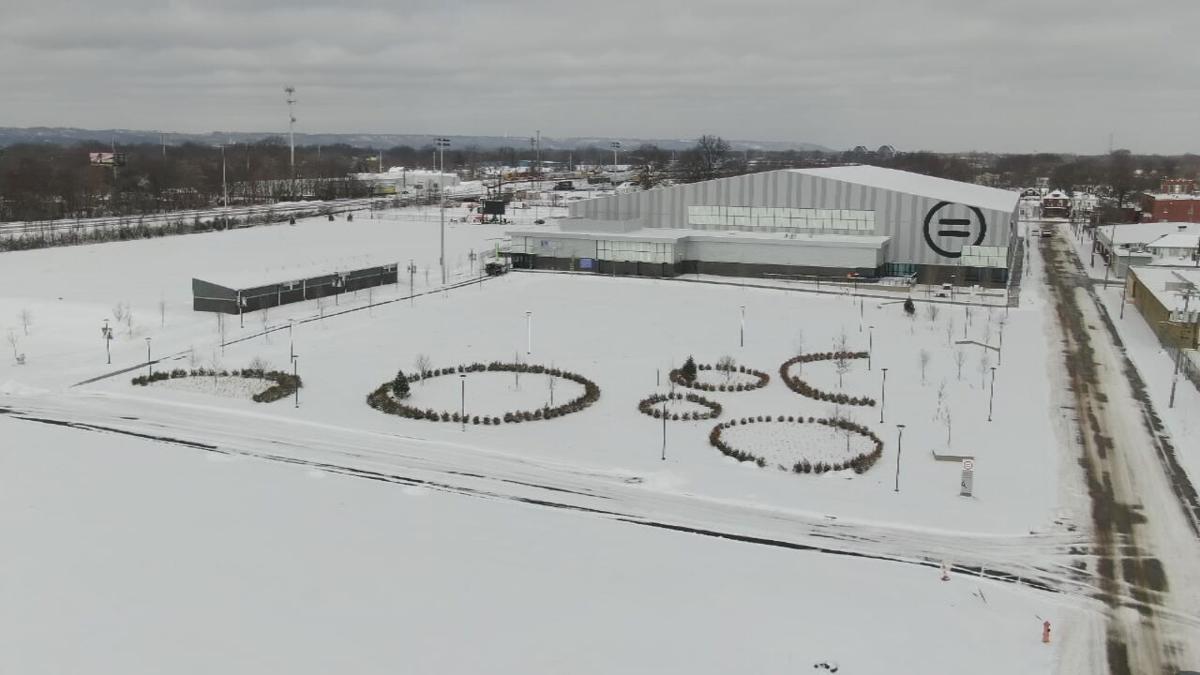 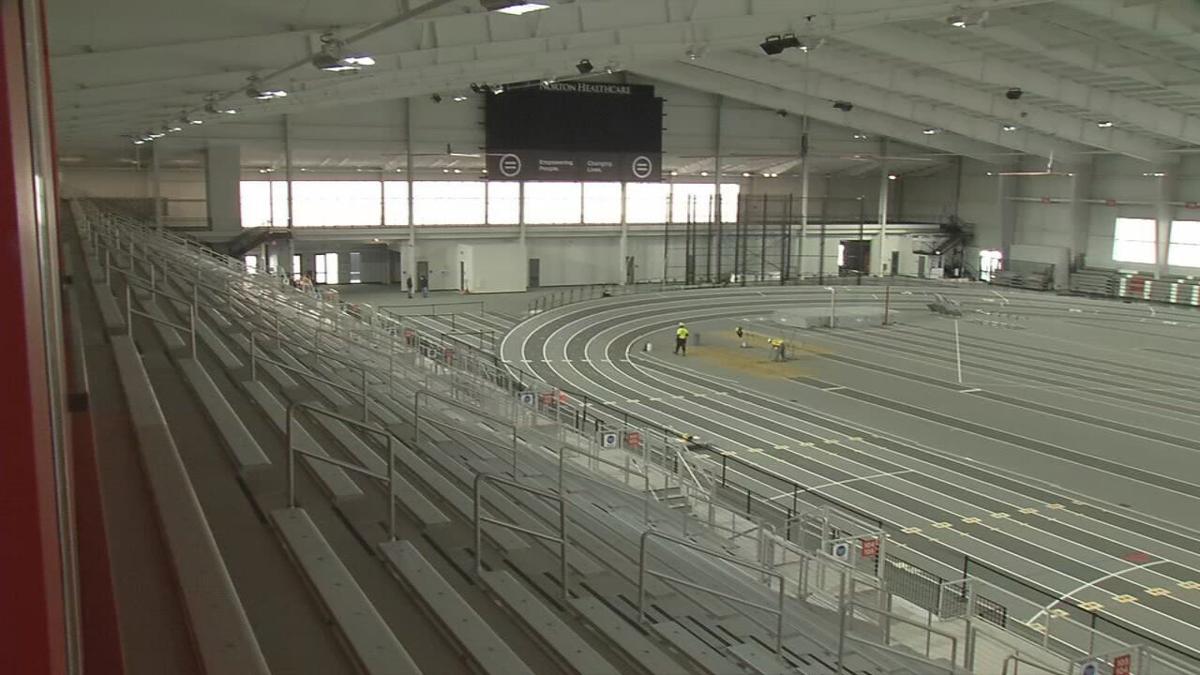 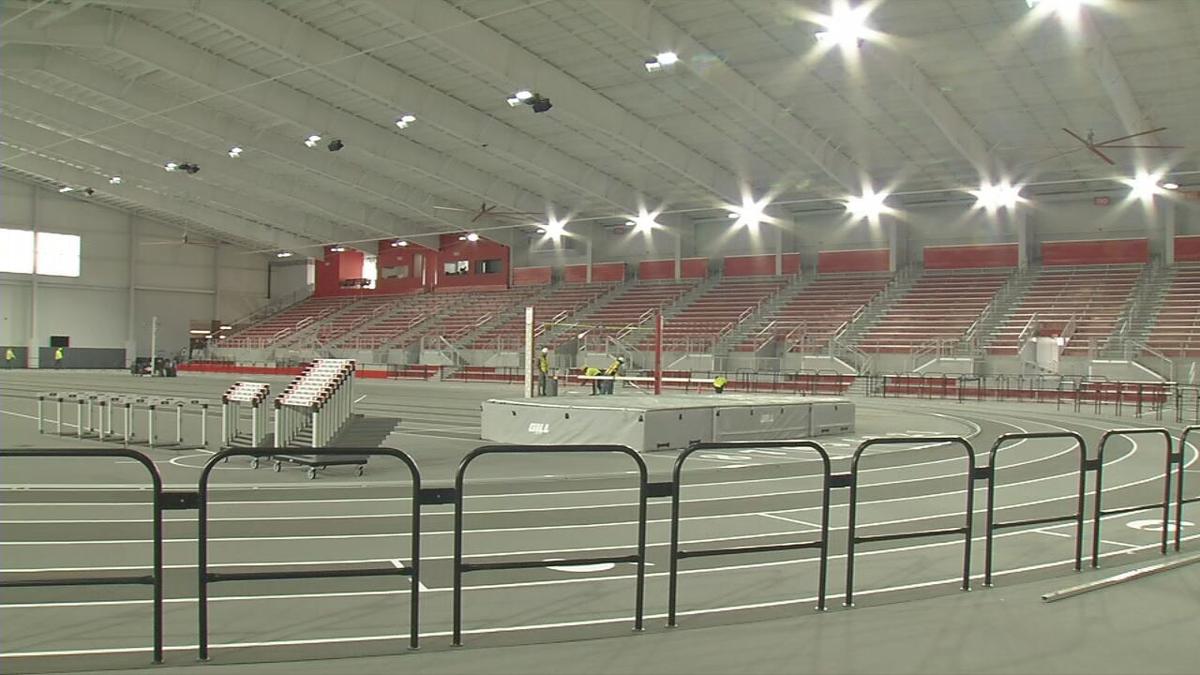 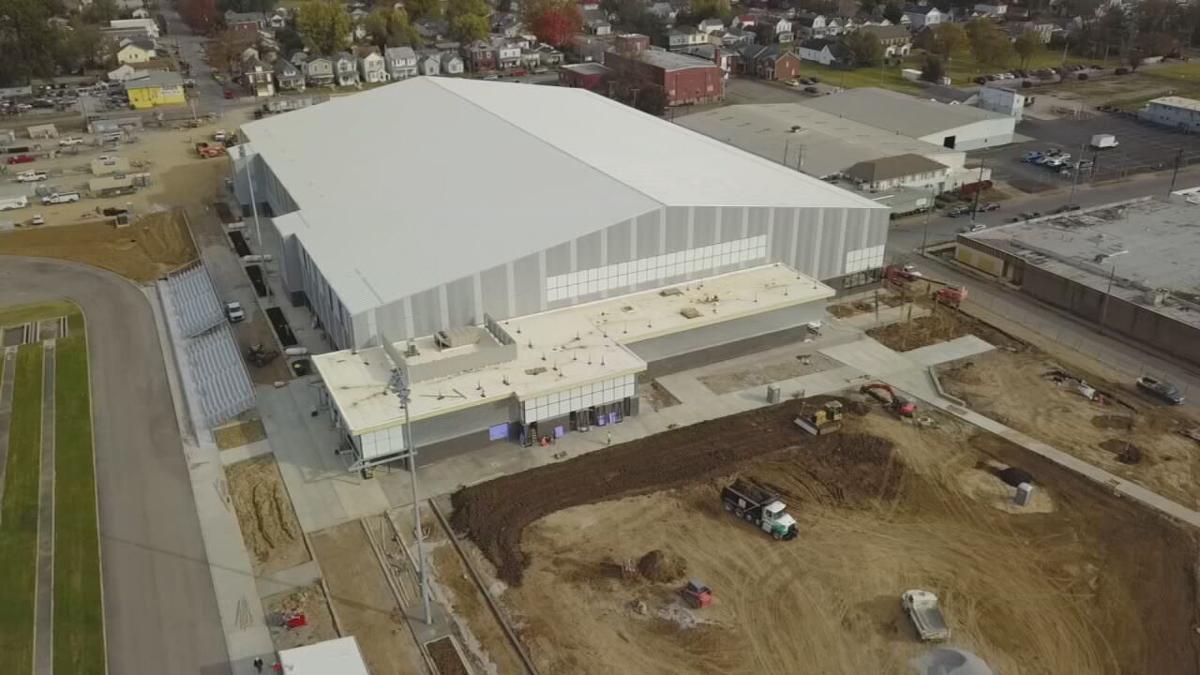 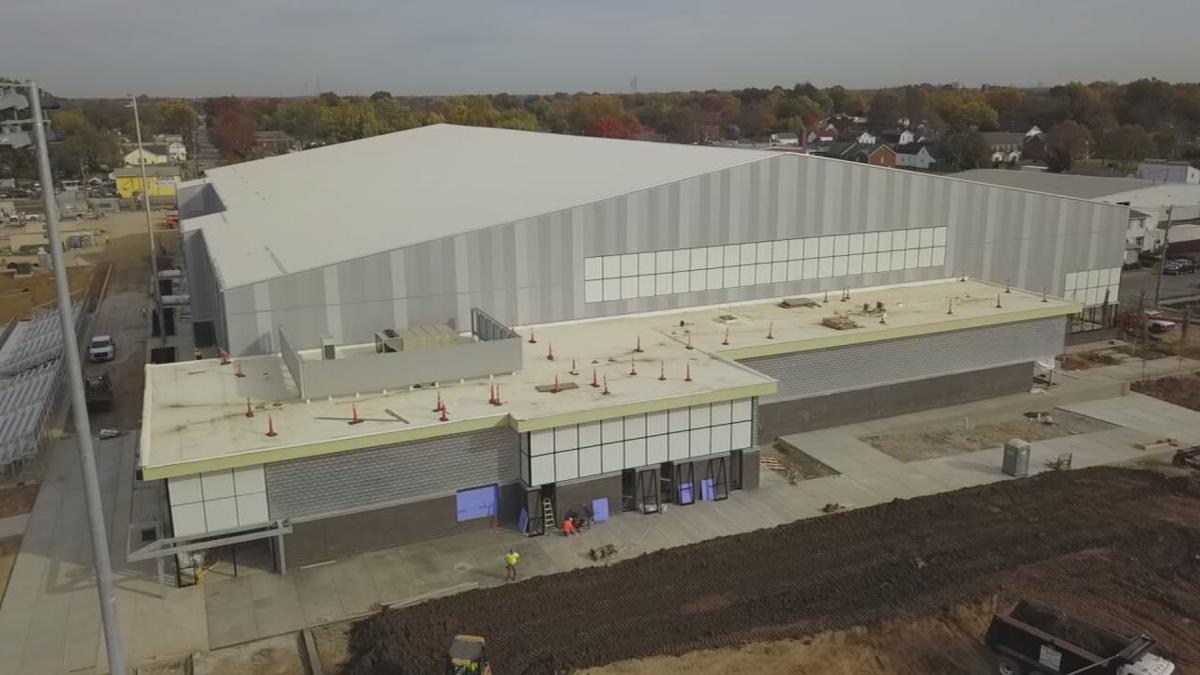 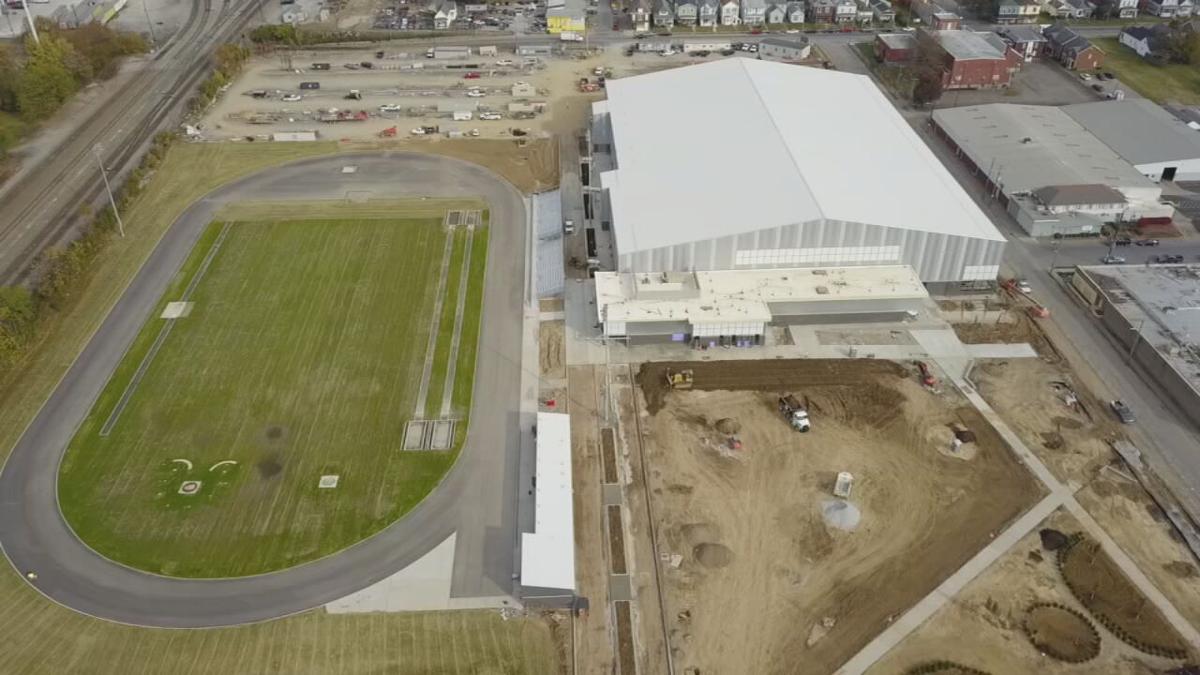 LOUISVILLE, Ky. (WDRB) -- After years of planning and construction, a new sports and learning complex in west Louisville is now open.

The opening of the state-of-the-art facility at 30th and Market streets marks the completion of a Louisville Urban League project — officially named the Norton Healthcare Sports & Learning Center — that was announced in 2017 as part of a revitalization effort for west Louisville.

The University of Louisville kicked off its Cardinal Invitation at the center on Wednesday, the first official event held there. Black leaders say they're hopeful the new facility will lead to a brighter future for the city's west end.

The center features a 200-meter indoor track and 4,000 seats. The space can also be transformed into an event space for concerts, and can host additional seating. Amenities include a miniature bowling alley and a rock climbing wall. There are also learning centers that feature quotes and images of prominent Black figures like Harriet Tubman, Martin Luther King and Breonna Taylor.

Black leaders say the facility and its resources provide much-needed support for those in the west End.

Louisville Urban League President and CEO Sadiqa Reynolds says completing construction, despite the pandemic, is a victory for the Black community.

"For this organization, in this part of the community — in the heart of where life expectancies are shorter, where there have been no investments, where we have a food desert, where all of these things are happening — to have this facility is remarkable," Reynolds said.

"It's a brighter future. To have facilities like this to bring not just other teams in from other states but coaches in to see high school athletes compete on a level like this, it's great," said EKU mom Jody Charleston.

"I love that it's here in the west End of Louisville, giving kids a place to go that's safe and out of trouble. Keep them out of trouble and active," said U of L mom Teresa Oberhausen.

Construction on the project had a price tag of $50 million, and the Urban League raised about $43 million.

The Louisville Sports Commission says the facility is already booked to host an event every weekend in its first year.