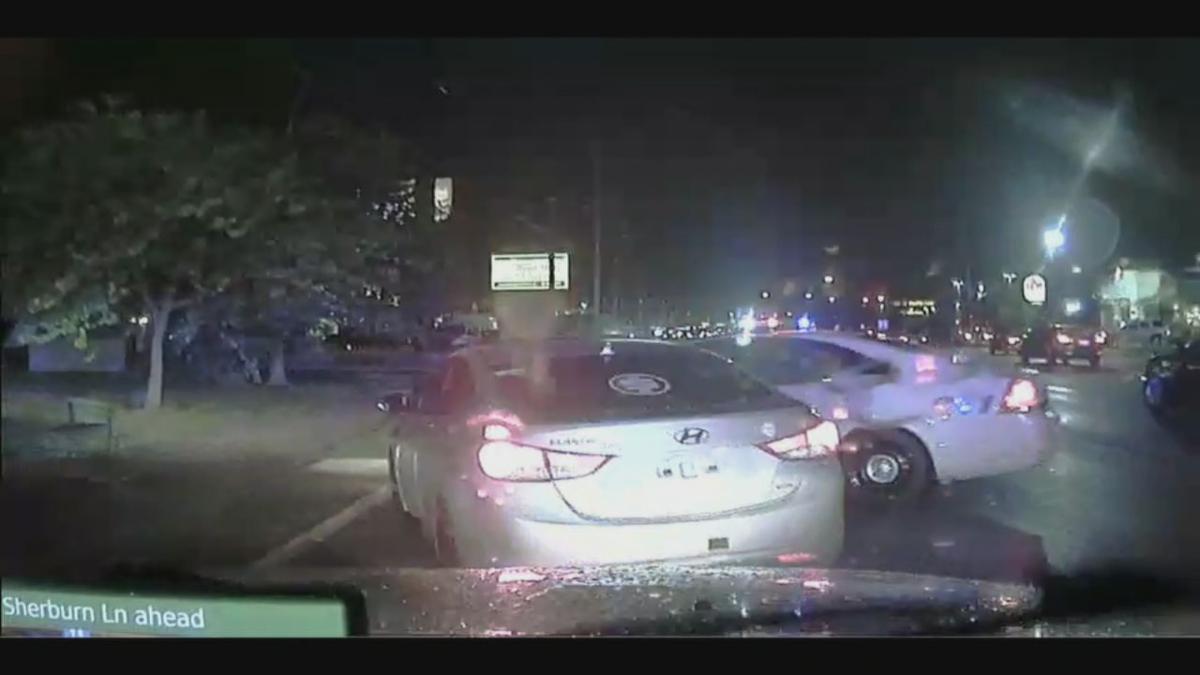 Video released by the St. Matthews Police Department shows a car colliding with a police vehicle during a caravan protest down Shelbyville Road on Tuesday night. 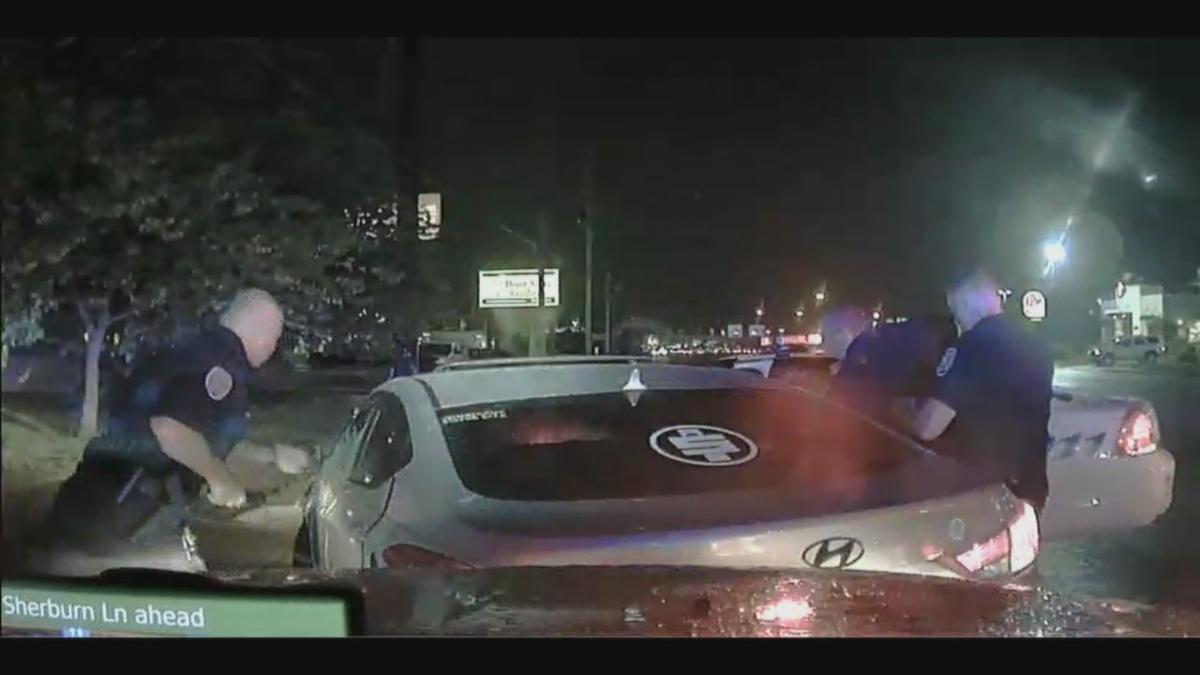 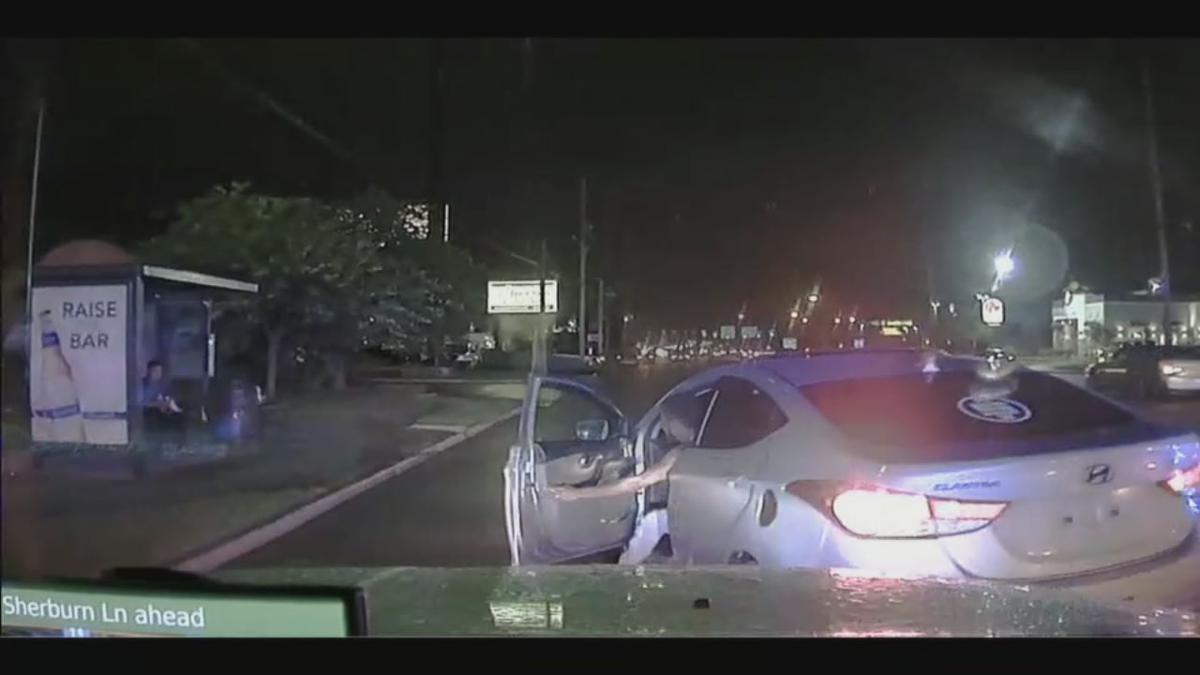 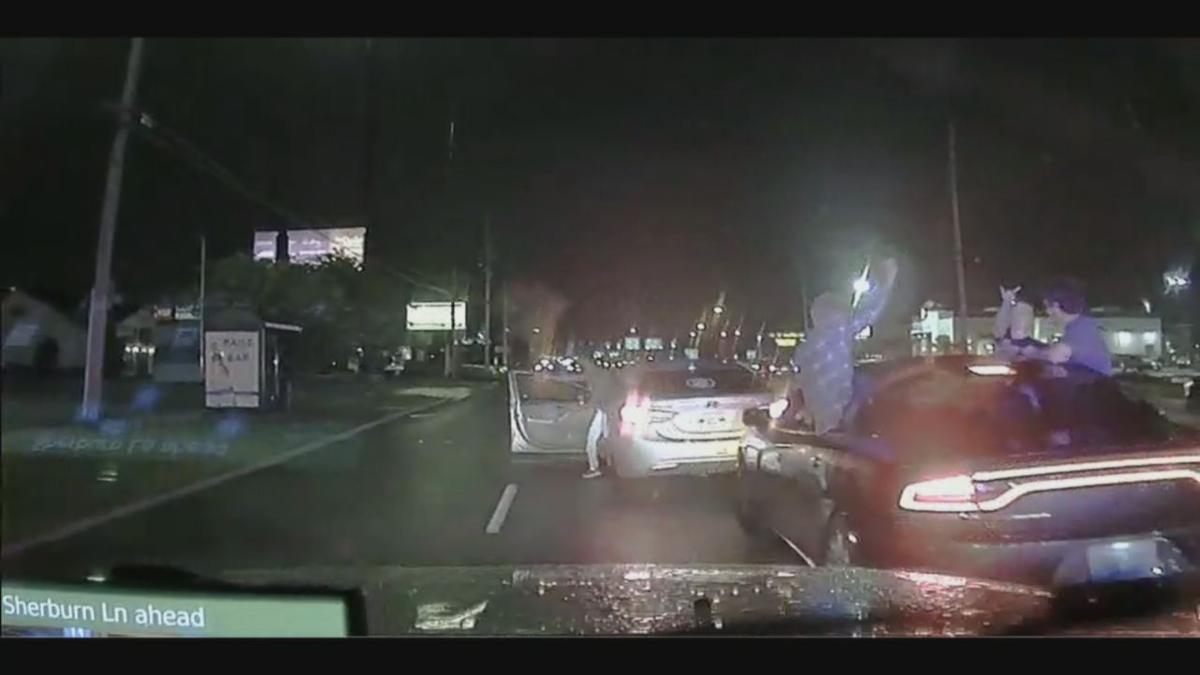 Video released by the St. Matthews Police Department shows a car colliding with a police vehicle during a caravan protest down Shelbyville Road on Tuesday night.

LOUISVILLE, Ky. (WDRB) -- The St. Matthews Police Department has released video of a car colliding with a police vehicle during a caravan protest down Shelbyville Road on Tuesday night.

In a statement to WDRB News on Tuesday, St. Matthews Police Chief Barry Wilkerson said protesters were "ramming" into police vehicles. Video released Thursday appears to show the cars collided into each other.

Dashboard video from a St. Matthews Police car shows Abiel Twelde, 26, of Louisville, driving a silver Hyundai Elantra eastbound in the westbound lanes of Shelbyville Road and swerving to avoid oncoming traffic after an officer tried to stop him.

Twelde's car doesn't go too far, though, as video shows the St. Matthews Police vehicle closing in from behind and another police car cutting him off from the front. Twelde tries to continue driving eastbound, and the police car blocking him from the front accelerates to further cut him off.

Video shows the front passenger side of Twelde's car collide with the front driver's side of the police car. Twelde's front tire on the driver's side appears to come to a stop very close to the sidewalk along Shelbyville Road. According to Twelde's arrest report, the wheel well area of the officer's car was damaged in the crash, although police did not disclose the extent of the damage.

Video shows Twelde trying to back his car up, but the police vehicle has him blocked from behind, and officers approach the vehicle from the passenger side. One officer smashes the driver's side window of Twelde's car, and Twelde appears to surrender to police by extending his hands raised out of the smashed window.

According to his arrest report, Twelde was charged with reckless driving, failure to give right-of-way to an emergency vehicle, first-degree criminal mischief and first-degree wanton endangerment.

In an interview with WDRB News on Thursday, Wilkerson said all his department is trying to do is keep everyone safe.

"I don't think they realize that, but it's a situation where it's extremely dangerous what they're doing," he said. "It's unlawful, and in St. Matthews, we will do whatever we can to make sure people comply with the law. That's what we get paid to do."

In an unrelated incident, the Louisville Metro Police Officer on Thursday backtracked its statement that a SWAT vehicle was rammed by a protester's vehicle Tuesday night in downtown Louisville.  Sgt. Lamont Washington, an LMPD spokesman, initially said one vehicle in a caravan of protesters hit the SWAT vehicle near a Chase bank by Jefferson Square.

"Now that we have had time to more thoroughly review the video of incidents Tuesday night, it appears our SWAT vehicle was not rammed by a protest vehicle as released earlier," Washington said. "Our vehicle did hit a car attempting to leave the area of Chase bank."