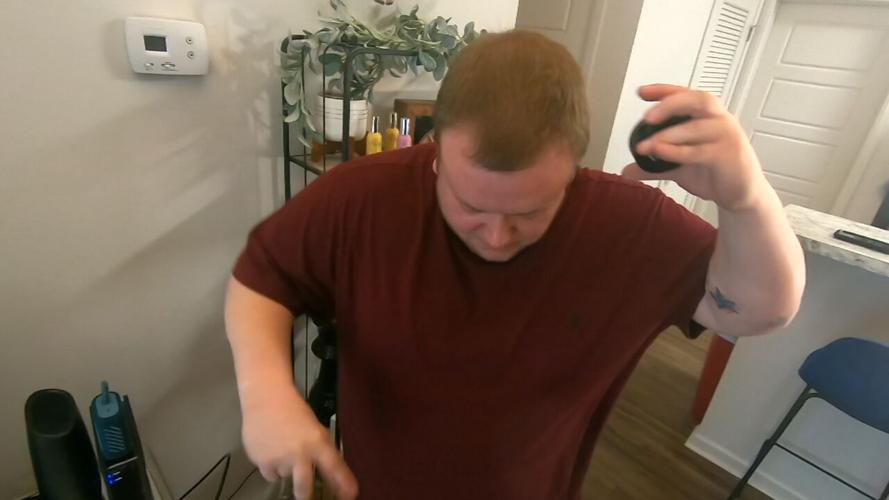 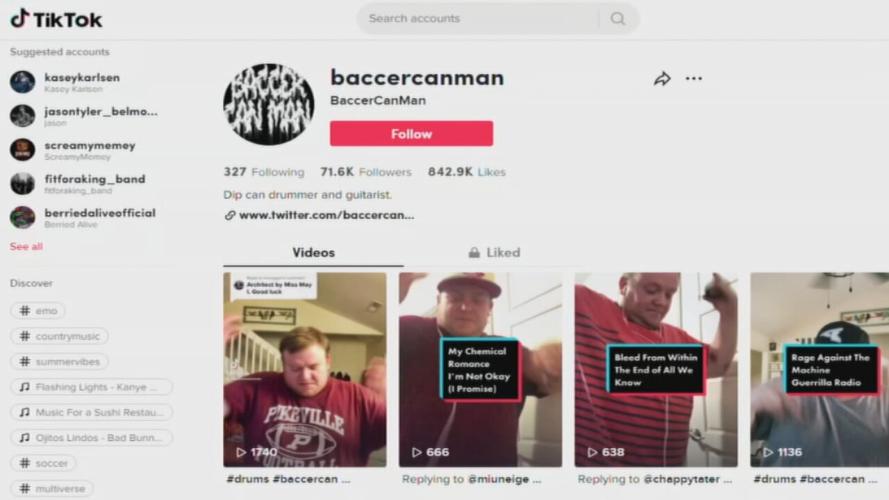 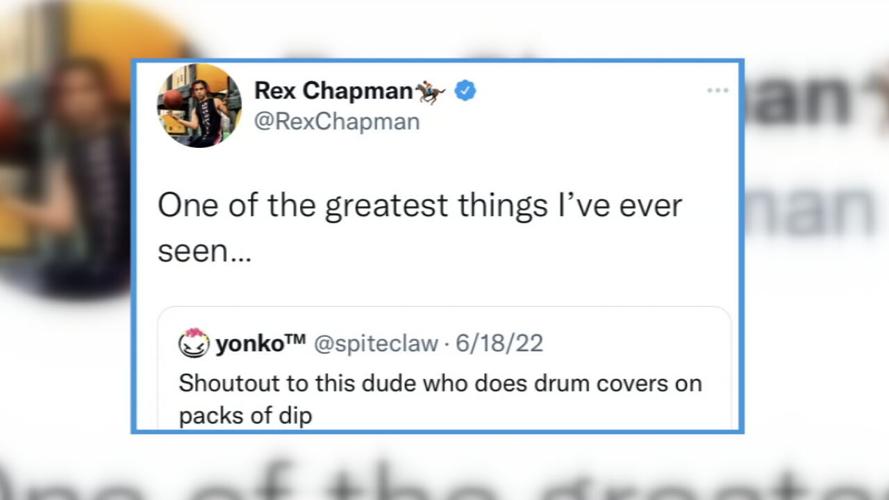 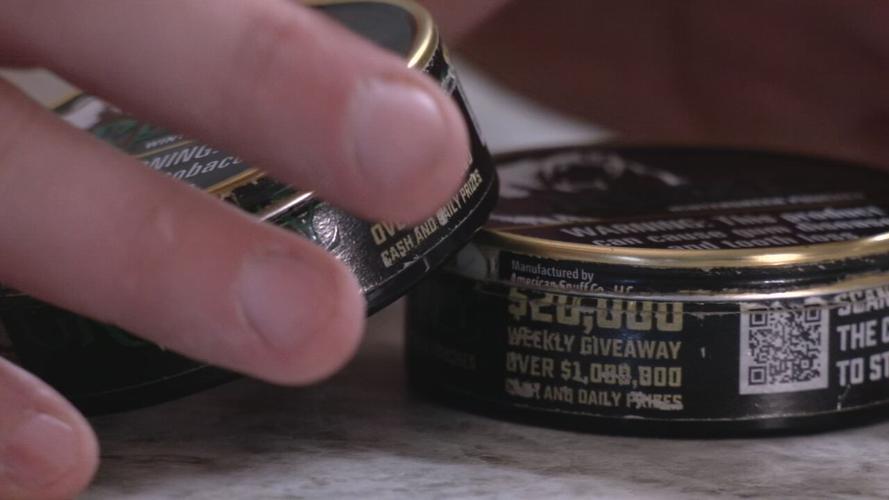 You could say this Kentucky guy marches to the beat of his own drum.

LEXINGTON, KY. (WDRB) -- Noise coming from Jon Damron's Lexington apartment is far from what a neighbor would ever complain about.

"I'm a guitar player," Damron said. "I started at a fairly young age."

His talent on the guitar is not what's striking a chord about Damron with people around the world. It's in the can — or maybe on the can.

"I call myself 'Baccer Can Man,'" Damron said. "Everybody that I know in Kentucky says 'baccer' instead of tobacco."

He took a bad habit of chewing tobacco and turned it into music.

"I would just do it to music at work, and it was like something funny I did for the guys," Damron said.

A co-worker said Damron should record videos of his talent, and post it online.

He's played tobacco cans to Lizzo music, Jack Harlow's "First Class," and 90s favorites. When he performed to "The Diary of Jane," by Breaking Benjamin, he got more than 2 million views.

"Rex Chapman, who plays for Kentucky, he retweeted my video and talked about how crazy it was," Damron said.

Each 20-second video takes some real work, but he loves every second of it.

"I like to cut up and stuff, and whenever I make people laugh and they comment about how funny it is or how silly it is, it makes me laugh," Damron said.

Labels are for cans not people, but Damron will be the first to tell you his videos are "more Kentucky than anything."

BOZICH | How many runs are right number for Louisville QB Malik Cunningham?