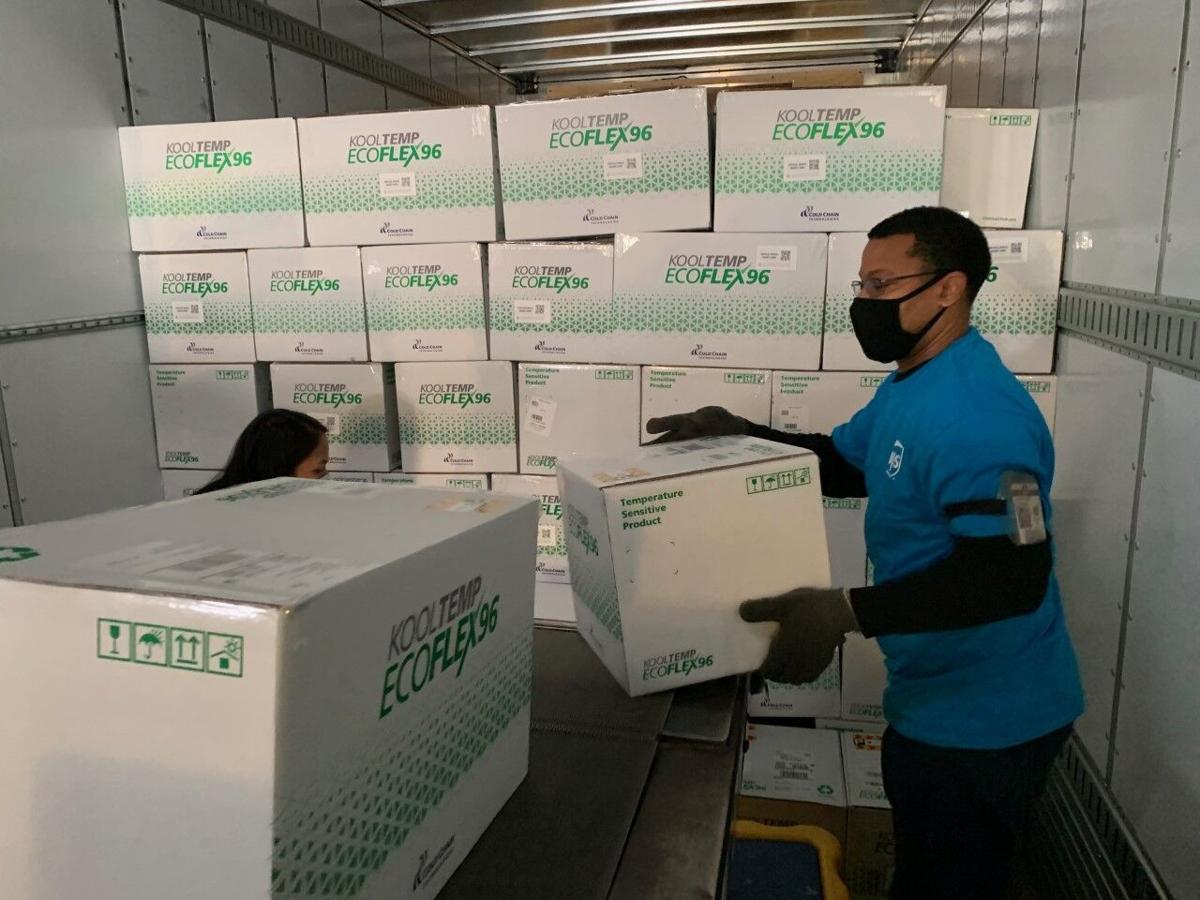 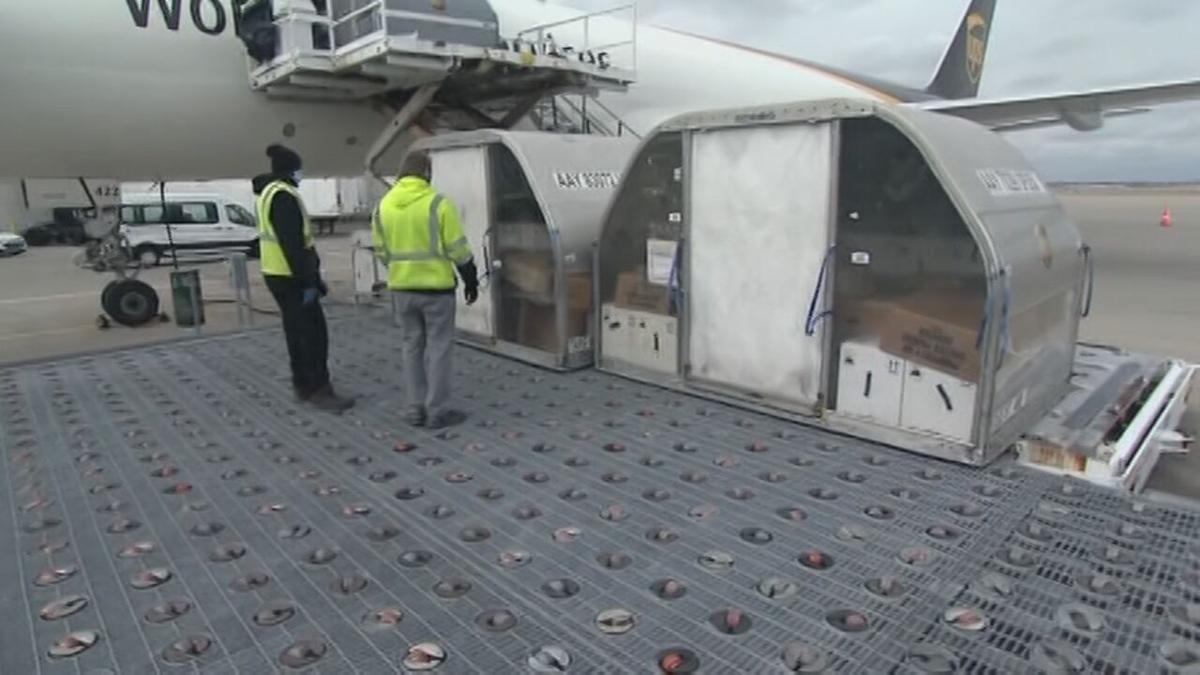 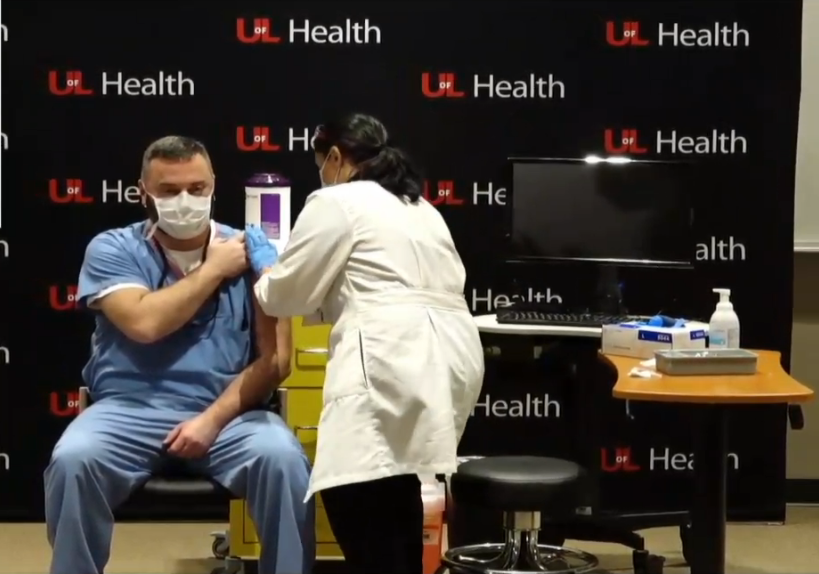 Pictured: Dr. Jason Smith, Chief Medical Officer at UofL Health gets a COVID-19 vaccine on Dec. 14, 2020. Smith signed up to be the first medical worker at the hospital to receive the vaccine.

Pictured: Dr. Jason Smith, Chief Medical Officer at UofL Health gets a COVID-19 vaccine on Dec. 14, 2020. Smith signed up to be the first medical worker at the hospital to receive the vaccine.

LOUISVILLE, Ky. (WDRB) -- It has been one year since Kentucky started vaccinating people against COVID-19.

The first vaccine doses landed at UofL Health exactly one year ago, on Dec. 14, 2020. Now, 365 days later, some doctors are surprised to still see as many cases as we they're seeing.

"I really thought that when we started getting the vaccines out that we would really see this kind of go to nothing, and that's not been the case," said Dr. Jason Smith, chief medical officer at UofL Health, the first medical worker at the hospital to receive the vaccine.

Now, almost two years into the pandemic, Kentucky and Indiana are still seeing more than 1,000 cases per day, per state. But doctors said without the vaccine, there would be even more problems.

"When you look at what we would have had to deal with without this vaccine, the health care system would have collapsed," Smith said. "And we were on the verge of collapse at times, I think, in parts of this country. The vaccine has really made a difference in making sure people aren't dying."

Doctors said  the vaccine was developed and deployed quickly, and UPS played a big role in the logistics. A year after the first doses arrived in the state, UPS has sent out more than 1 billion doses of the vaccine all across the world.

"From the very beginning, it was a lot of anxiety, make sure we could do this right," said Wes Wheeler, the president of UPS Healthcare. "We convinced ourselves first, then we convinced the U.S. population that we could do this."

"There will always be a variant out there somewhere," Smith said. "That's just what the coronaviruses do: They mutate. There's always variants. Getting out and getting vaccinated will be the biggest difference I think we can make in health care, and we're almost there."

Doctors continue to urge people to get vaccinated and to get a booster, if eligible, before the holidays.