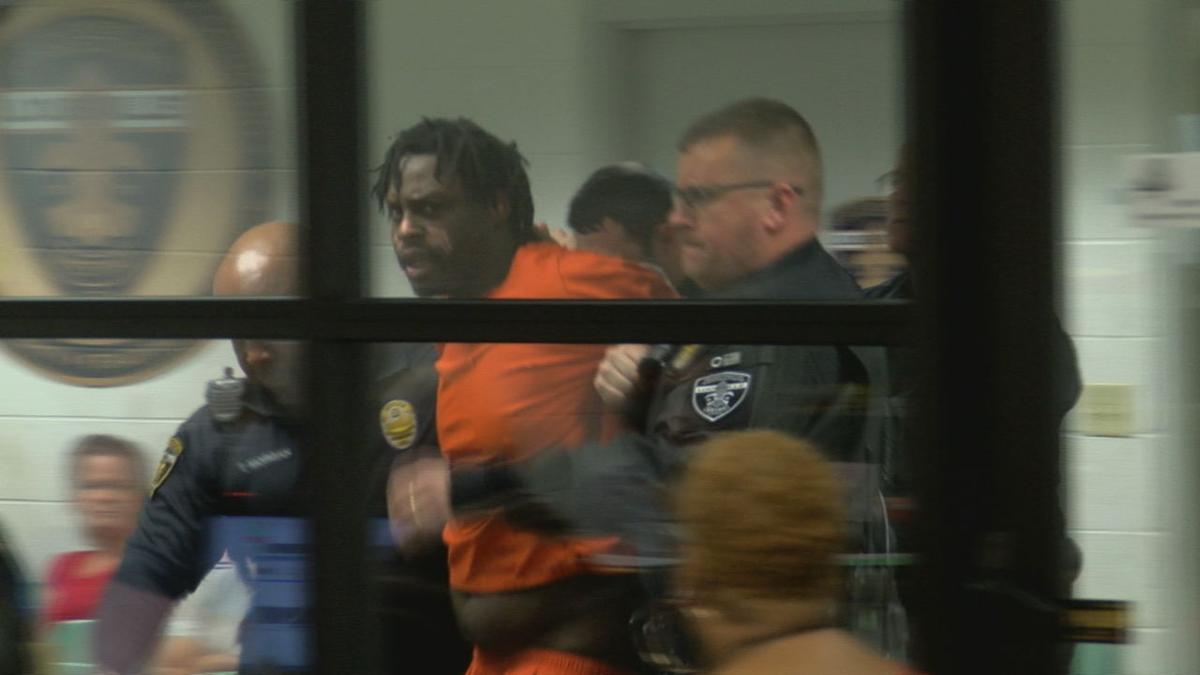 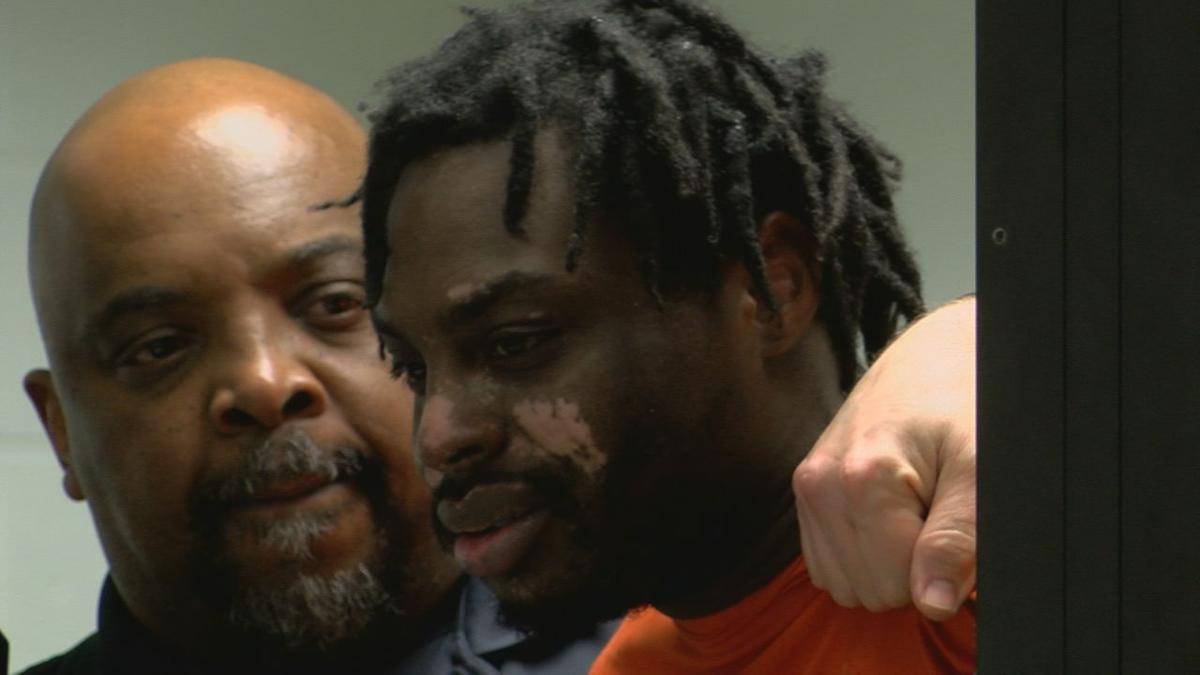 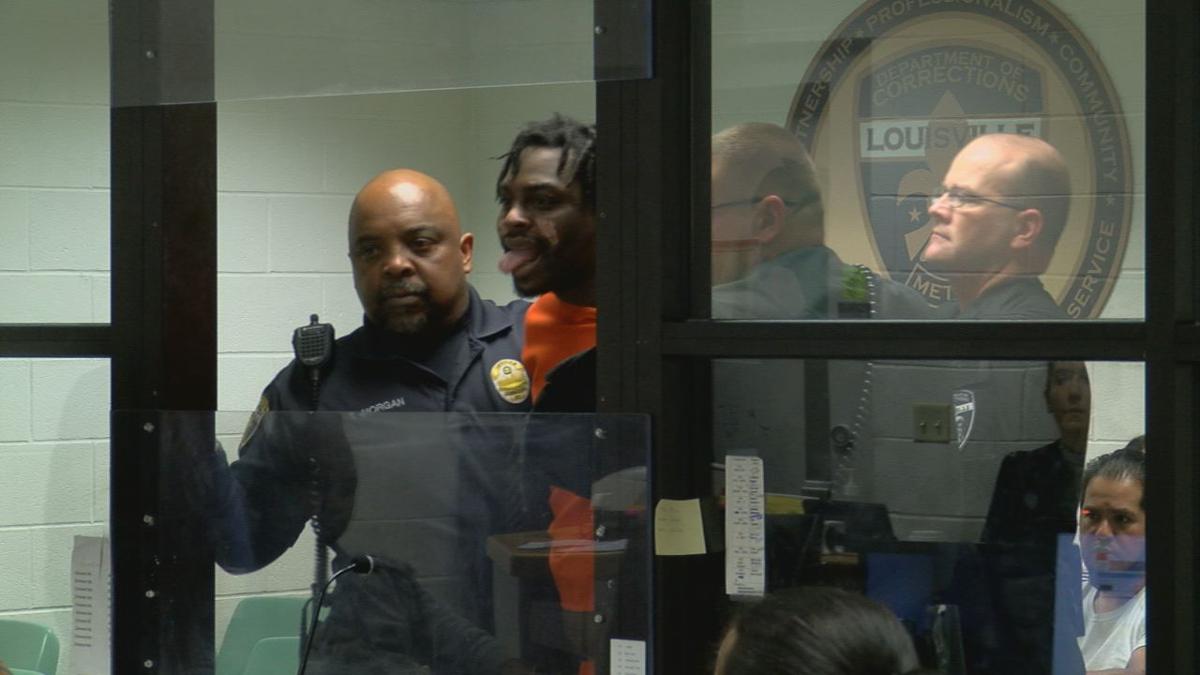 WARNING: The video contains language that some may find offensive.

LOUISVILLE, Ky. (WDRB) -- A man accused of killing a 33-year-old Louisville woman, then stuffing her body in a plastic storage container in a Parkland neighborhood basement caused a brief disturbance in court Friday morning.

William L. Sloss, 38, had to be restrained by several Metro Corrections Officers as he was brought before a Louisville District Judge Friday morning.

"We're going to enter a plea of not guilty..." Nicholson continued.

At one point, Sloss complained that the officers restraining him were holding him too tight.

When a representative of the Jefferson County Attorney's Office requested that Sloss' bond be increased to $1 million, Nicholson agreed.

"Yes, given his lengthy record of violent offenses, we will increase the bond to $1 million," she said. "Mr. Sloss, are you going to hire an attorney or are you requesting ... public defender's office?"

Sloss responded by mumbling an expletive.

Sloss remained silent as the judge continued: "We'll appoint the public defender's office to represent you at this time. Sloss was then escorted out of the chamber.

Sloss was arrested Thursday on charges of murder and abuse of a corpse in connection with the death of his live-in girlfriend, Amanda Berry. According to an arrest report, the murder took place on Jan. 30. Police say Sloss and Berry were in a relationship,and were living in the Virginia Avenue home where her body was found. Neighbors told police that they had seen Sloss beat Berry on several occasions throughout the course of their relationship, and when the neighbors stopped seeing Berry, they started asking questions.

Police said on one occasion, someone asked Sloss where Berry was, and he replied, "I got rid of her."

Berry's family eventually reported her missing, and police went to his Virginia Avenue home. Police say Sloss eventually told a witness, over the phone, that he put her body in a plastic storage tote in the back of the basement and covered it with trash and other debris in an effort to hide it. Police found her body in the place Sloss described, according to the arrest report.

"We used to see 'em on a regular basis," said Ron Trainer, who lives near the house where Berry was found and used to see her with Sloss several times a week. "She was usually be outside on the porch."

"It was strange, because we usually see them every other day," he said. "Everybody started wondering why nobody is walking up and down the street no more."

After hearing about Sloss in court, Trainer said Sloss seemed like a different person.

"When he come over and talked to me, he wasn't that type of person," Trainer said. "He had a calm head."