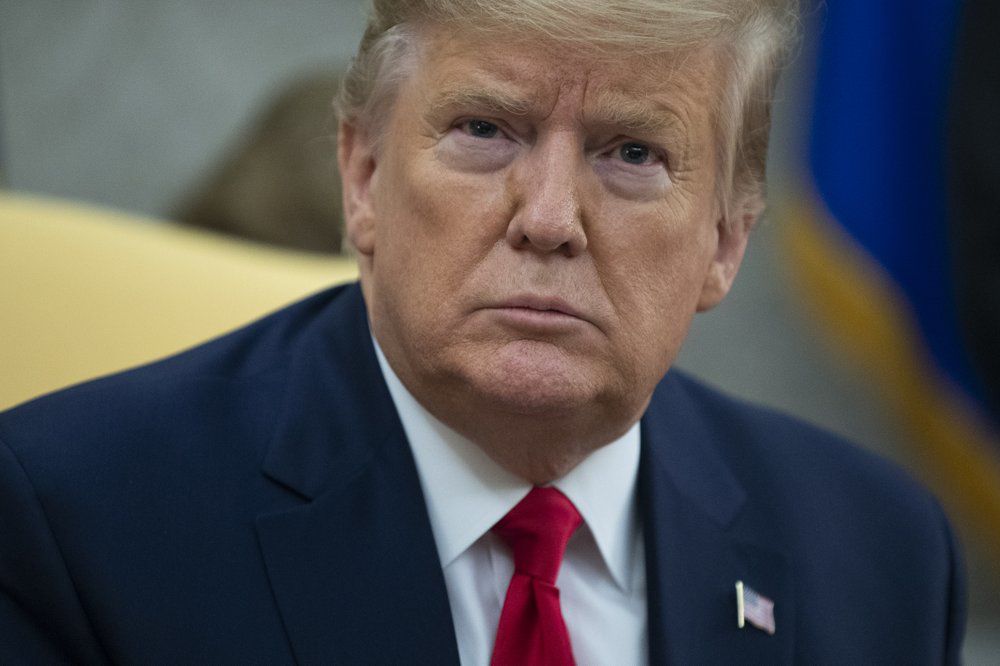 President Donald Trump listens to a question during a meeting with Guatemalan President Jimmy Morales in the Oval Office of the White House, Tuesday, Dec. 17, 2019, in Washington. (AP Photo/ Evan Vucci)
1 of 2

President Donald Trump listens to a question during a meeting with Guatemalan President Jimmy Morales in the Oval Office of the White House, Tuesday, Dec. 17, 2019, in Washington. (AP Photo/ Evan Vucci)

Impeachment, impeachment, impeachment. That is all we have heard from Washington. Congratulations to those members of the House of Representatives who set impeachment as their goal. You did it. Donald J. Trump is officially the third president to be impeached. Will he be removed from office? No! The Democrats won’t be able to come up with a two-thirds majority in the Senate. Democrats hold forty-five seats. Every Democrat, the two Independents and twenty Republicans would have to vote “yea” to get the sixty-seven votes necessary for removal. No impeached President has ever been removed from office.

Democrats finally have retribution for Ken Starr and the Republicans who tried to oust Bill Clinton in the nineties. Is that how you remember Clinton-- for impeachment? I don’t. I remember low unemployment, the stock market doing well and having a strong economy. Impeachment is a footnote about his presidency.

Have you looked at the financial markets lately? Unemployment is at a fifty year low. Historically presidents get re-elected when national the economy is thriving. Trump’s impeachment will end up just like Clinton’s, a side note of his presidency.

I’m Dale Woods, and that’s my Point of View.