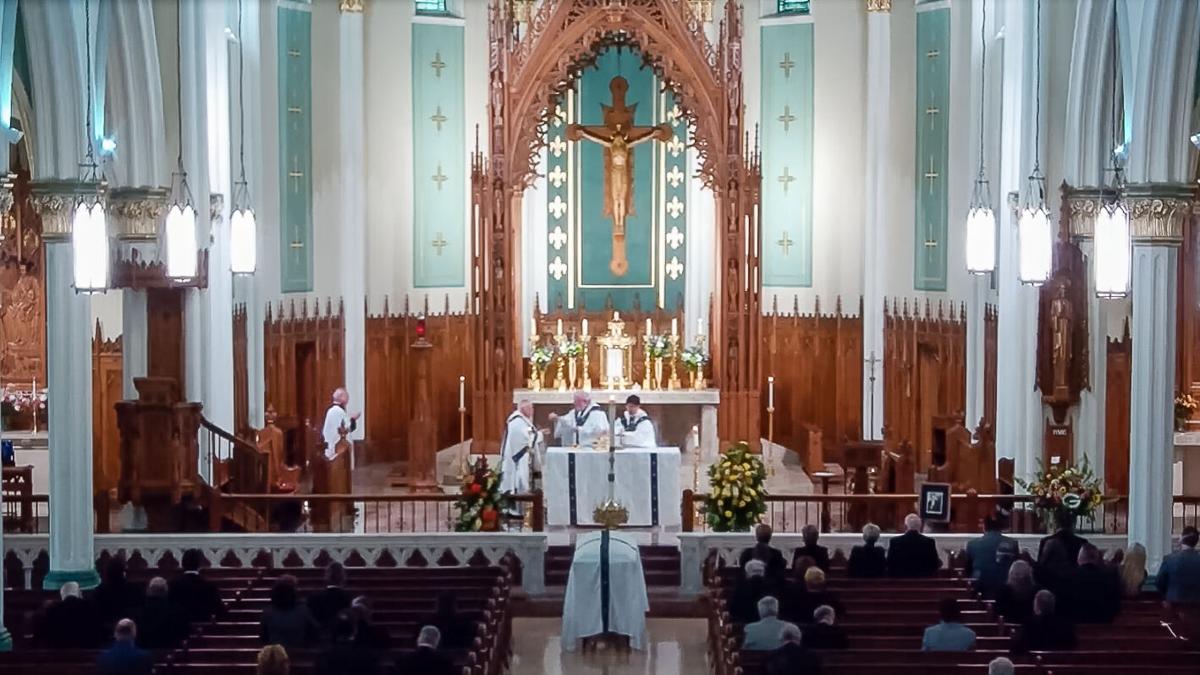 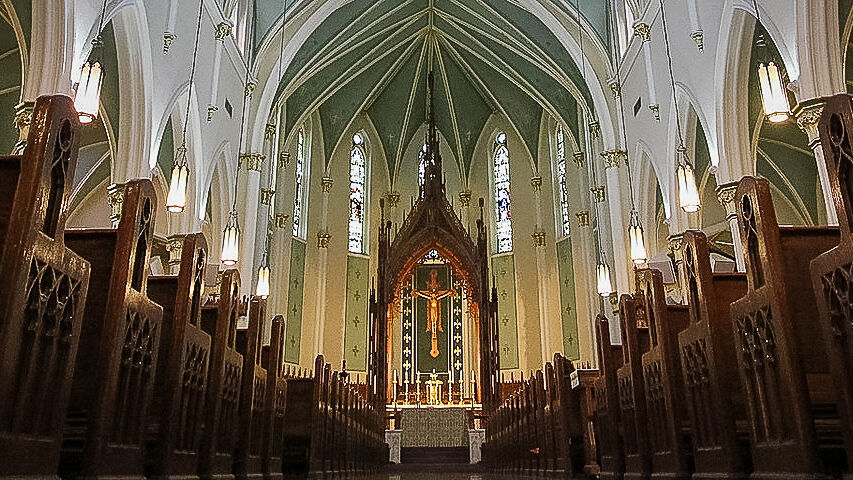 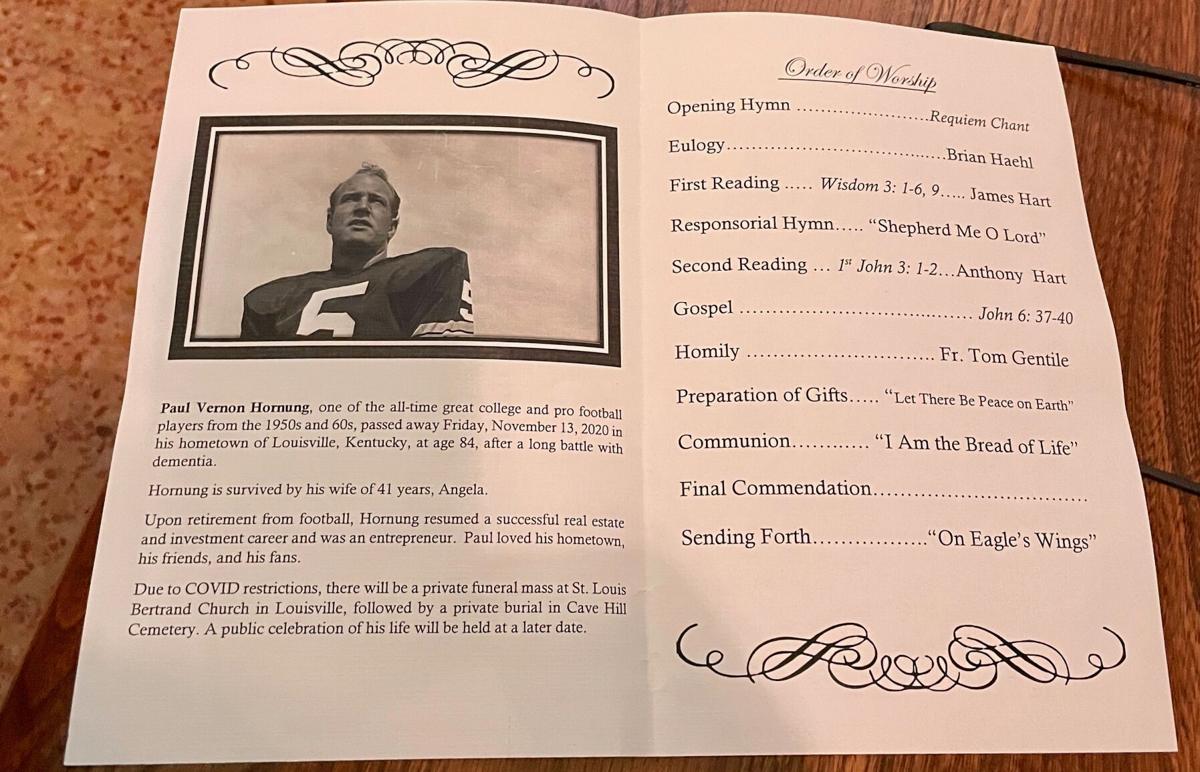 LOUISVILLE, Ky. (WDRB) -- It was a quiet, intimate sendoff. Just some immediate family and close friends at St. Louis Bertrand Church. A small and distant gathering at Cave Hill Cemetery. For a person and personality of the magnitude of Paul Hornung, it wasn't the way anyone he knew him might have scripted it.

But these are the times we live in. We're scattered and distanced and fewer in numbers. Still, for Hornung's family and friends and the many who watched online, Friday's funeral service for the Pro Football Hall of Famer who died last Friday at age 84 after a long battle with dementia, it was a chance to remember the man, not just the myth that attended him or the legend that will live on.

Brian Haehl, who eulogized him, remembered the public person.

"He didn't just drink from the chalice of life, he drained it," Haehl said. "Paul was known for saying he lived life on a scholarship. Full ride. And what a ride."

CRAWFORD | A Golden Life: Paul Hornung did it his way

At the same time, Haehl emotionally remembered his friend as those in the church pews did, "Not who he was to the world, but who he was to each of us. A husband, a son, a friend. A man who lived life on his terms and won, time and time again."

Hornung's wife of 41 years, Angela, and his family graciously permitted the service to be streamed online. In keeping with state COVID guidelines, the service was small.

In the days since Hornung's death, tributes have poured in from around the sports world. Those who knew him, both early in life and late, remembered his legacy in a more down-to-earth way in his funeral service.

"When you met him, he wasn't a celebrity, he was Paul, a man from the West End," Father Tom Gentile said. "A man who was comfortable in his own skin. A man who knew what he was, a child of God."

Hornung was remembered by Gentile as "probably one of the biggest cheerleaders of Louisville, Kentucky. He never forgot where he came from. This was home. Wherever he went, whatever he did, this was home. And not only that, but a place he was proud of. This was a place he made different because he was here."

Gentile acknowledged to Angela and Hornung's friends and family that, "you've been saying goodbye for a few years," given his struggle with dementia.

But he consoled her with the words, "Paul was never an altar boy. And that means lots of things, if you're sitting here. But he knew a path, and he knew a way to be the best he could be. He took what God gave him, and he made it grow. And thanks to Angela, it got channeled in a very good way. You are the salvation of that man. You guided him in the right direction, and gave him a path. That's what good partners do. They walk beside their loved one, and lead them on a path of life."