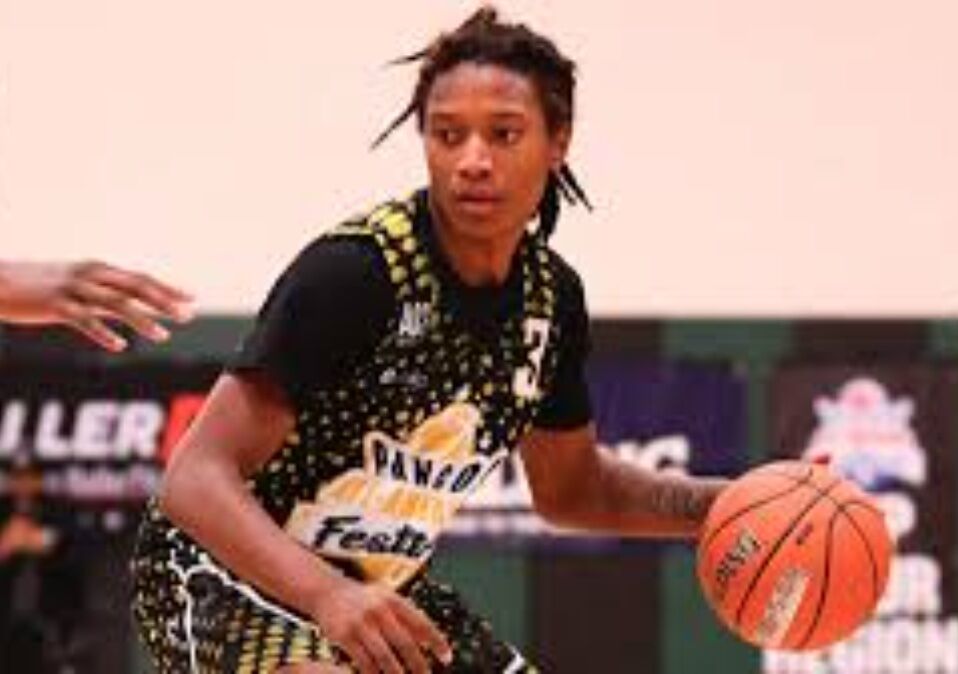 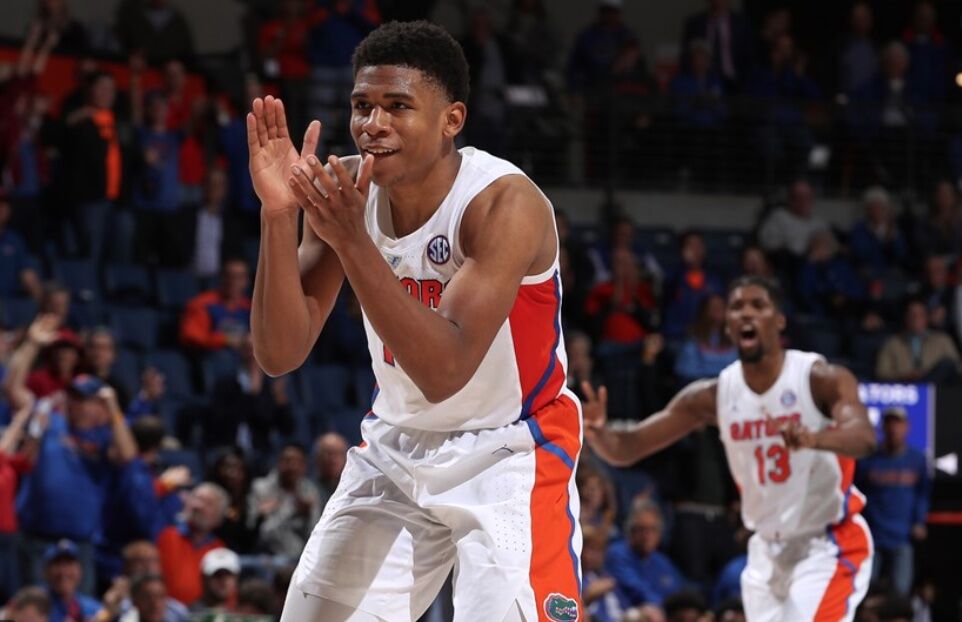 The Louisville basketball program confirmed that Florida guard Noah Locke will join the Cardinals next season. University of Florida photo.

The Louisville basketball program confirmed that Florida guard Noah Locke will join the Cardinals next season. University of Florida photo.

LOUISVILLE, Ky. (WDRB) -- The college basketball roster churn is not over. It has merely taken a 30-second pause.

In an offseason unlike any other, Louisville, Kentucky and Indiana will all welcome at least five new players next season.

Quinn Slazinski out at Louisville. TyTy Washington in at Kentucky.

Jerome Hunter out at Indiana. Noah Locke in at Louisville.

Devin Askew out at Kentucky. Tamar Bates in at Indiana.

Set aside time to memorize names and numbers.

If the 2021-22 season opened today, would the Cardinals, Wildcats or Hoosiers open tip-off ranked in the top 25? And which program has done the best job of upgrading its roster?

I emailed or texted those questions to several writers and analysts.

The first response came from Bart Torvik, operator of barttorvik.com, one of my favorite analytics sites. This was his response:

“My sense of the conventional wisdom is that Kentucky would be in the Top 25 but Indiana & Louisville probably in the ‘others receiving votes,’ with Indiana higher.”

For the record, Torvik has incorporated newcomers into his computer formula for next season. The early results placed Kentucky at No. 14, Indiana No. 23 and Louisville No. 30.

The second response came from Chris Dortch, publisher of Blue Ribbon College Basketball Yearbook, one of the top preseason publications. His response:

“I’d pick Kentucky, mainly because Cal (coach John Calipari) used the portal to fix a problem his teams traditionally have — lack of firepower from behind the arc.

“In (Kellan) Grady and (C.J.) Fredrick, he found two elite 3-point shooters. And getting TyTy Washington to run the point was huge. I’m sure the Cats aren’t finished yet.

“There are still prizes in the portal.”

As for the Cards and Hoosiers?

“Right now both would be in my top 40 but so much can still happen,” Dortch wrote. “Recruiting is a summer long pursuit.”

The Wildcats added the strongest group of incoming recruits from the high school and junior-college worlds. With the addition of Washington, the five-star point guard, Calipari’s class ranks No. 7 at 247Sports.

That is 11 places ahead of Louisville’s class and 29 ahead of Indiana’s two-player class.

But fixing your team with high school guys is so 2020. Free agency has arrived in college basketball. U of L, UK and IU have all added at least three players with college experience.

Again, I’d give the advantage to Calipari and the Wildcats in the veteran transfer market.

Oscar Tshiebwe is a ferocious rebounder who grabbed more than 20% of the offensive and defensive rebounds when he was on the floor at West Virginia.

Blend the six newcomers with the five guys likely to return and I’d rank Kentucky in the 15-20 range.

Here is the latest on the rosters:

“At this stage, the only team from those three I’d consider in my Top 25 is Kentucky …” wrote Chris Murray, an AP voter from Reno, Nevada.

“… even if I did put the Wildcats in my preseason Top 25, it’d be near the back of the pack. Louisville would be second in front of Indiana. None of those three blue-chip programs enter the year with realistic national championship-caliber rosters.

“But they each have promising talent, so I wouldn’t be surprised if they’re Top 25 teams at some point, even if they don’t start out in the national rankings to begin the season.”

“Out of the three, I’m going with Kentucky,” wrote Ethan Joyce, an AP voter from the Winston-Salem (N.C.) Journal.

“Indiana going through a coaching change gives me pause, especially considering Mike Woodson is a first-time college coach (feels weird to type that about a 25-year coaching vet) …

“… Louisville trailing off the way they did at the end of the season, then losing their top two scorers (and a certified bad man in Carlik Jones, who I loved to watch) also puts me in wait-and-see mode.”

And, which of the three has done the best job reshaping its roster?

“The guy is a stud, and he (as well as CJ Fredrick) brings that much-needed shooting that the Wildcats desperately needed last season.

“Grady was going to be a killer addition for any program, and Kentucky will be better for it. Another top-10 recruiting class helps too. Talk about a whirlwind the transfer portal had created: Oscar Tshiebwe coming over from West Virginia seems like ages ago.”

"Can Louisville shoot now? If Louisville can shoot now, I'll give them a look down the road.

"Kentucky is somewhere in Nos. 20-25 because TyTy Washington is awesome. Might buy his jersey. Or just watch every one of his games. He's SEC Co-FOY with the Tennessee kid.

"It's tough for me to envision a scenario where any of the three compete with the Gonzaga, UCLA, Nova, Baylor tier."

From Jon Rothstein of College Hoops Today:
"I have Kentucky ranked 21st with Indiana and Louisville ranked between 30 and 45.  The link https://collegehoopstoday.com/index.php/rothstein-files/rothstein-45-early-edition-for-21-22/
"From my perspective, Indiana has done the best job reshaping its roster. Part of recruiting now in college basketball is re-recruiting your own players and Mike Woodson re-recruited an All-American in Trayce Jackson-Davis.
"Indiana has also added proven players at the college level in Xavier Johnson and Miller Kopp as transfers with Tamar Bates also joining the program as a potential starter as a freshman.
"There's a lot of movement right now in college basketball, but we won't know truly how much was achieved until next season. In Indiana's case though, that's not entirely true. Woodson's ability to retain Jackson-Davis is massive. Barring something unforeseen, he'll be one of the Top 10 players in the sport next season."
Luke DeCock, columnist at the News & Observer in Raliegh, N.C., said that he would likely rank Kentucky in his top 12-to-15 and consider Louisville. As for IU, DeCock said it was 50-50 if the Hoosiers would crack his Top 25.
And Scott Richey of The News-Gazette in Champaign, Illinois wrote this:
"I'd be inclined to rank both Kentucky and Indiana in my preseason top 25for the work both programs have done this offseason. Indiana has done wellto try and avoid a rebuild after a coaching change — I like the moves MikeWoodson has made and the guys he talked into coming back — but Kentuckyhas done the most, in my opinion, to reshape its roster."The Wildcats needed to after last year's disaster of a season. Mostnotably, Kentucky addressed a major weakness via the transfer portal inadding shooters in Kellan Grady and CJ Fredrick, raided Illinois' coachingstaff of two top recruiters. Landing a point guard like TyTy Washingtonwas just the cherry on top."
Copyright 2021 WDRB Media. All Rights Reserved.