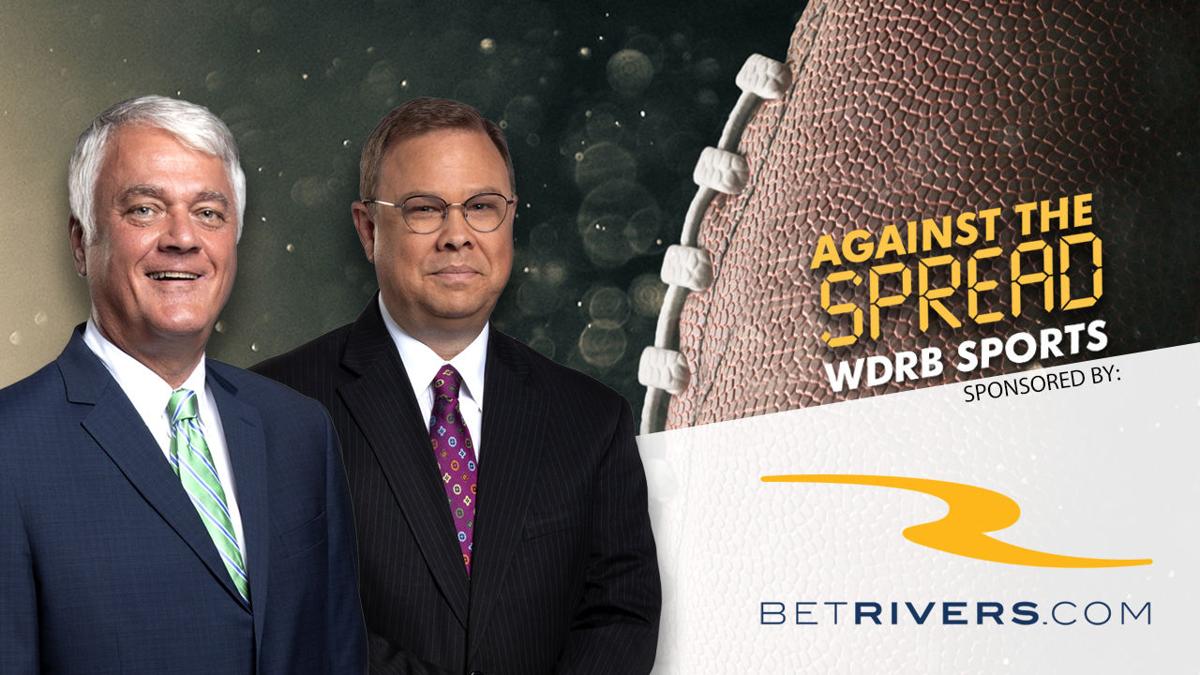 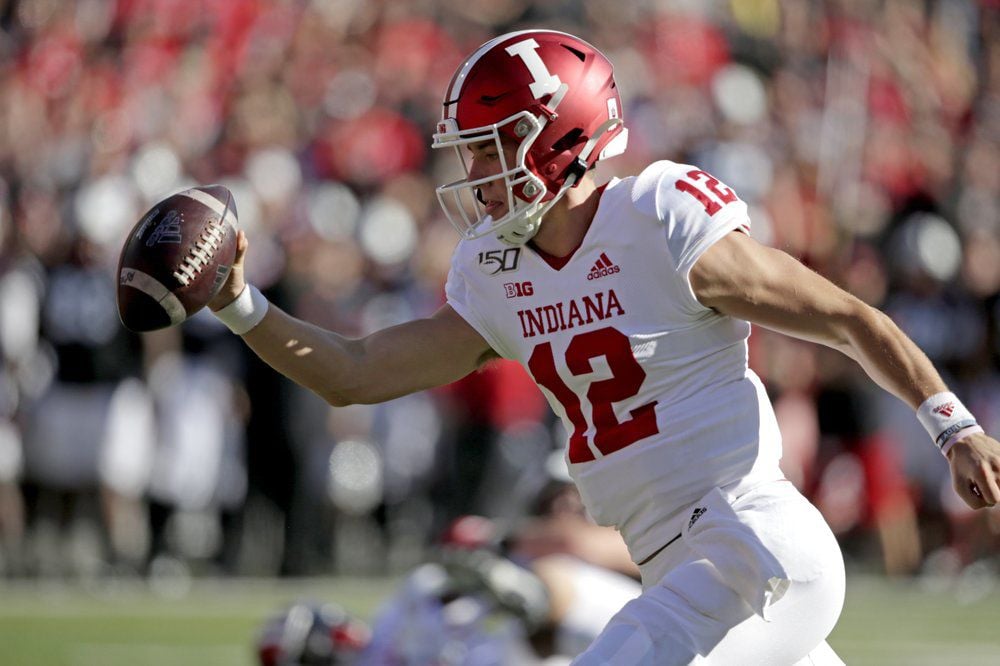 Indiana quarterback Peyton Ramsey was named the Manning national quarterback of the week for leading the Hoosiers to a win at Nebraska last Saturday. (AP Photo/Nati Harnik) 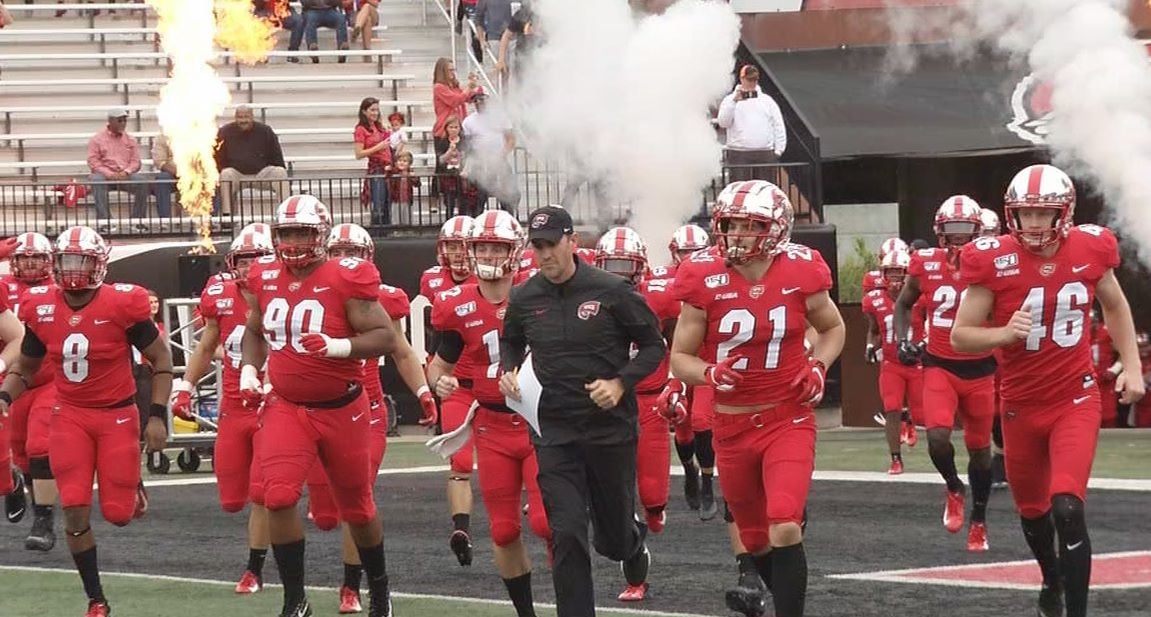 WKU runs out on field before the win vs. Charlotte 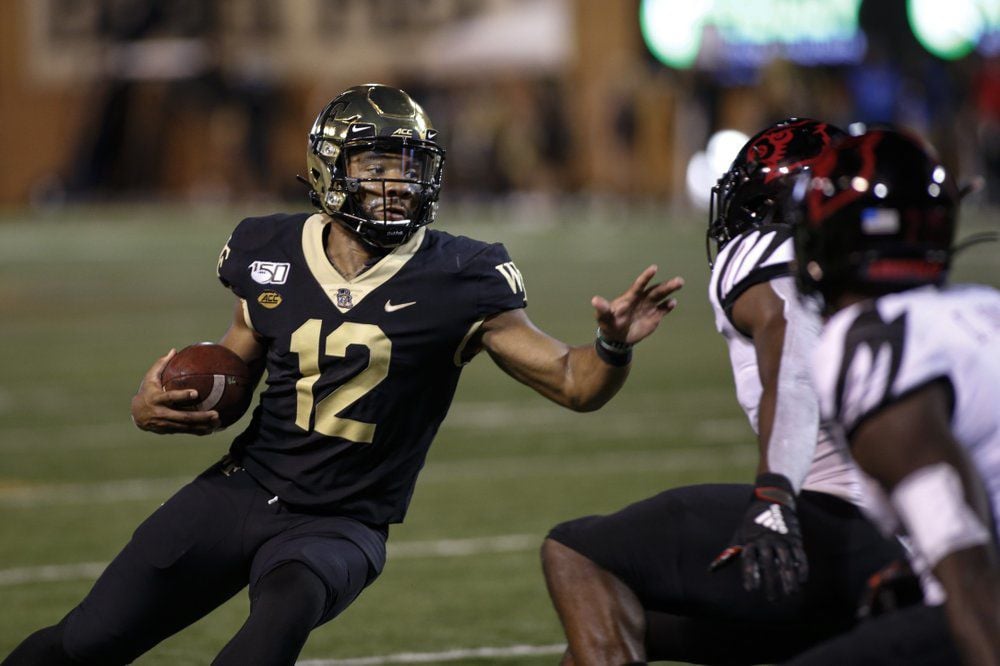 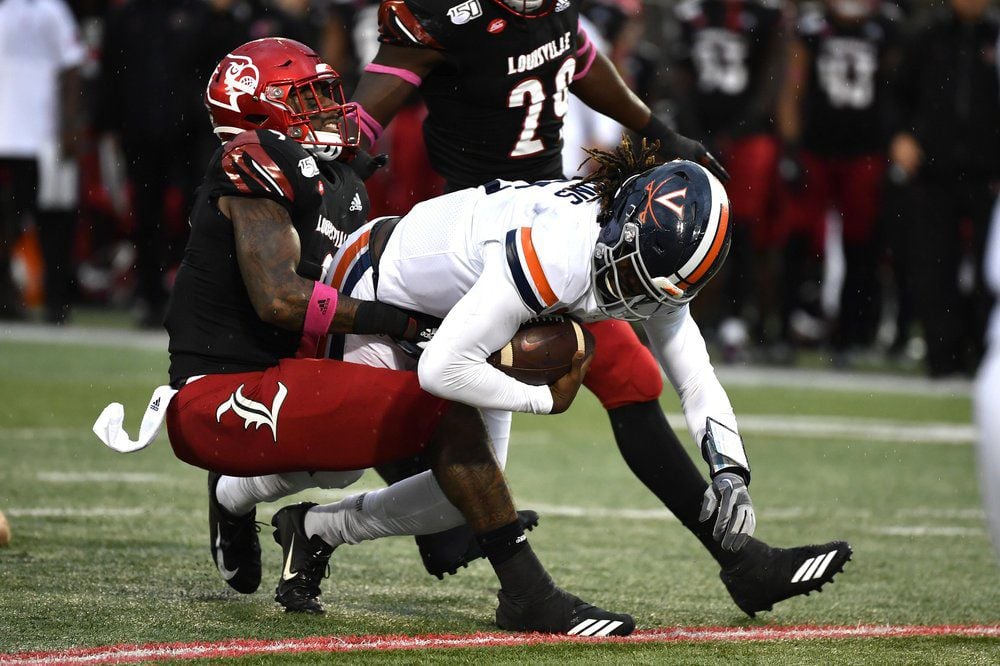 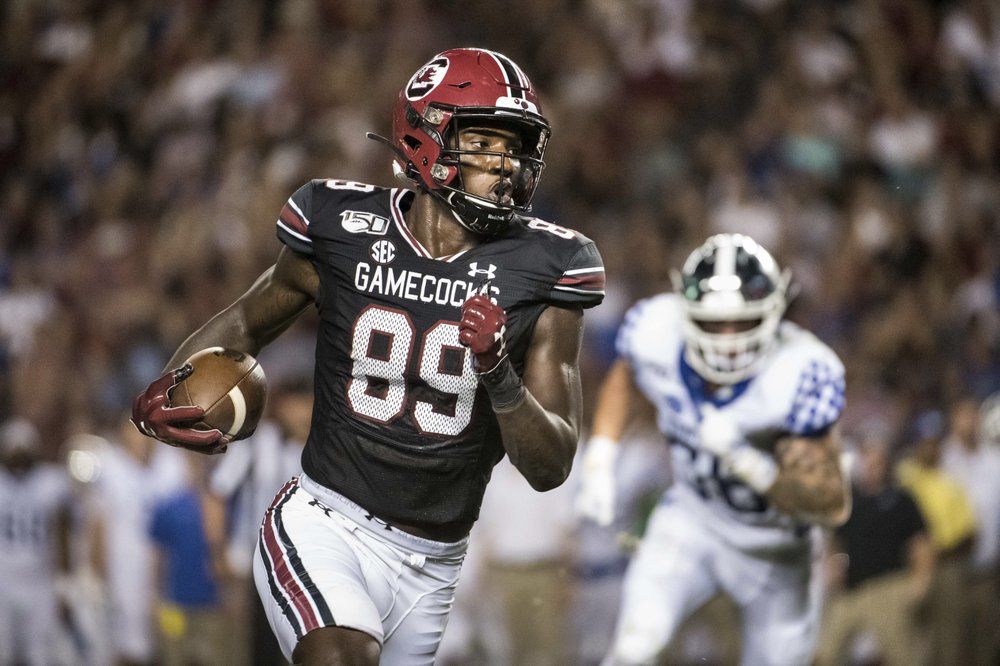 South Carolina wide receiver Bryan Edwards (89) runs with the ball against Kentucky during the first half of an NCAA college football game Saturday, Sept. 28, 2019, in Columbia, S.C. (AP Photo/Sean Rayford) 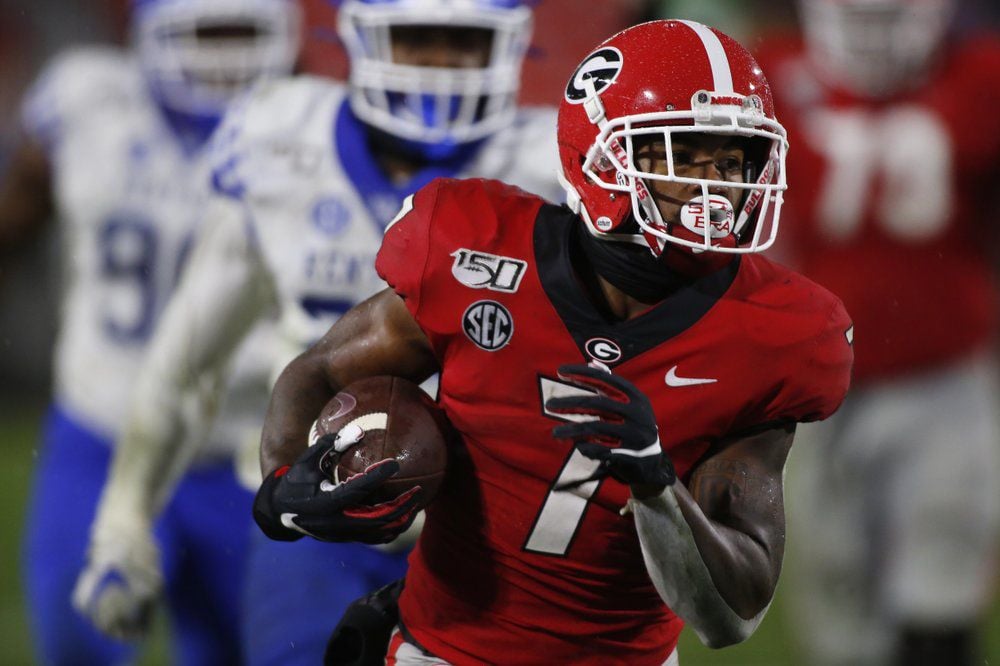 Georgia running back D'Andre Swift (7) drives in for Georgia's first touchdown of the night, in the second half against Kentucky during an NCAA college football game Saturday, Oct. 19, 2019, in Athens, Ga. (Joshua L. Jones/Athens Banner-Herald via AP)

The show must go on, especially after an extremely unusual weekend where I finished one game ahead of Eric Crawford and Ruby the Labrador retriever in picking college football games against the spread. (Thank you, thank you Michigan and Auburn.)

Can I do it again?

But it’s time to try.

The Hoosiers earned bowl eligibility last Saturday at Nebraska and will now push for their first seven-win regular season since 2007 … the status of quarterback Michael Penix Jr. remains uncertain, but reserve Peyton Ramsey has led the Hoosiers to back-to-back road wins against Maryland and Nebraska … Northwestern expects quarterback Hunter Johnson, their transfer from Clemson, to play. He has missed several games to spend time with his mother, who is dealing with a medical issue … The Wildcats are 2-5 against the spread while the Hoosiers are 5-3.

The Hilltoppers (4-1) have a half-game lead on Florida Atlantic and Marshall (both 3-1) in the East Division race in Conference USA, and a victory over Lane Kiffin’s team would be huge for the stretch drive … the teams have several common opponents: WKU beat Charlotte by 16 in Bowling Green while FAU won at Charlotte by 18; WKU lost at Marshall by three while FAU lost a home game to Marshall by five; and FAU won at Old Dominion by 38 while WKU beat ODU by 17 … FAU started the season by covering the spread at Ohio State and is 5-3 against the line. WKU has covered the spread in its last five games and six of eight on the season.

The Demon Deacons (6-1) have lost only to Louisville this season, bouncing back from their Oct. 12 loss to the Cardinals to defeat Florida State and become bowl eligible … Wake Forest ranks in the Top 10 nationally in total offense, passing offense and third-down conversions … the schedule gets tricky for Wake after Saturday as the Demon Deacons play three of their last four on the road, including back-to-back trips to Virginia Tech and Clemson … the Wolfpack are coming off a loss as well as an off week and have not lost back to back games this season … NC State is 3-4 against the spread while Wake is 3-3-1.

The banged up Boilermakers have lost five of their last six but three of the losses have been against Top-25 opponents … former Trinity star Rondale Moore has missed the last four games because of a hamstring injury, and Purdue coach Jeff Brohm said his availability will be determined Saturday … the difference could be that talented Nebraska quarterback Adrian Martinez said this week that he expects to play against the Boilermakers … Purdue is 4-4 against the spread but 2-6 overall and must win out to be bowl eligible. Nebraska 1-7 against the spread and 4-4 overall.

After a 4-0 start, the Cavaliers have wobbled to three losses in their last four games … Mack Brown lost 7 of 10 against Virginia during his first run as the North Carolina coach … the combined record of the four teams that have beaten the Tar Heels is 26-3 … the Cavaliers are 3-3-1 against the line while Mack Brown’s team is 4-3-1.

After losing their first six against the spread, the Commodores finally covered against Missouri before enjoying last week off. The Gamecocks are 4-4 against the number … the Gamecocks are a mystery team. After back-to-back wins over Kentucky and on the road at Georgia, they lost to Florida in Columbia by 11 and were routed at Tennessee, 41-21, last Saturday … at 3-5, South Carolina needs three wins to become bowl eligible while facing Vanderbilt, Appalachian State, Texas A&M and Clemson.

The team that wins the rushing battle has won this game for 13 consecutive seasons. Georgia averages 236 yards rushing, Florida only averages 142 … both teams were idle last week ... Georgia has won the last two games in the series … the winner is likely to advance to the SEC title game … the Bulldogs have failed to cover in four of seven games, including their last two. Florida is 4-2-2 against the line.