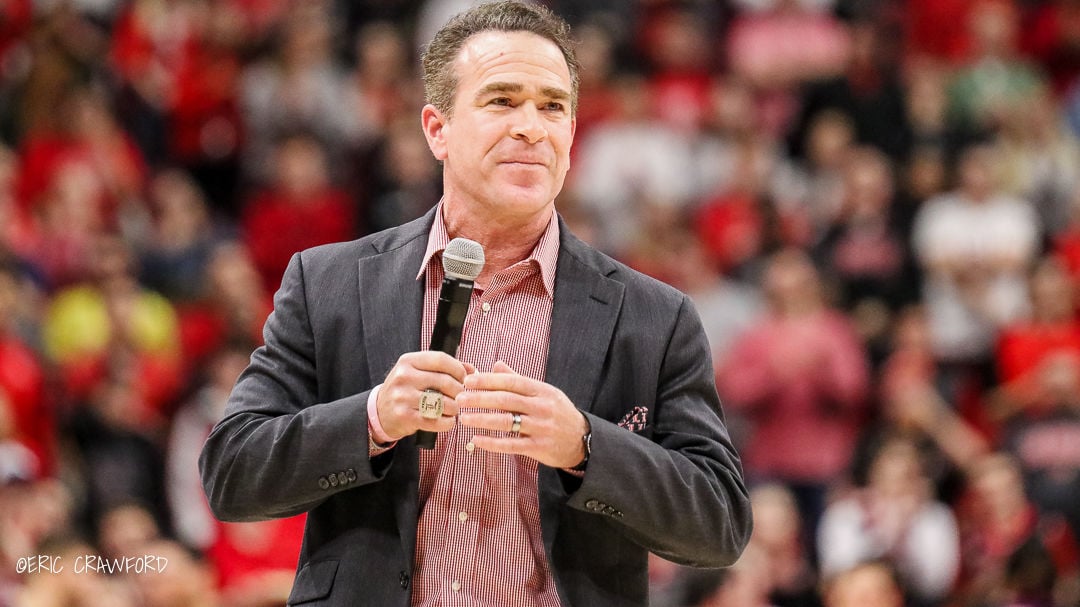 Louisville baseball coach Dan McDonnell challenged his players to return to their communities and lead after their season was canceled. WDRB Photo/Eric Crawford 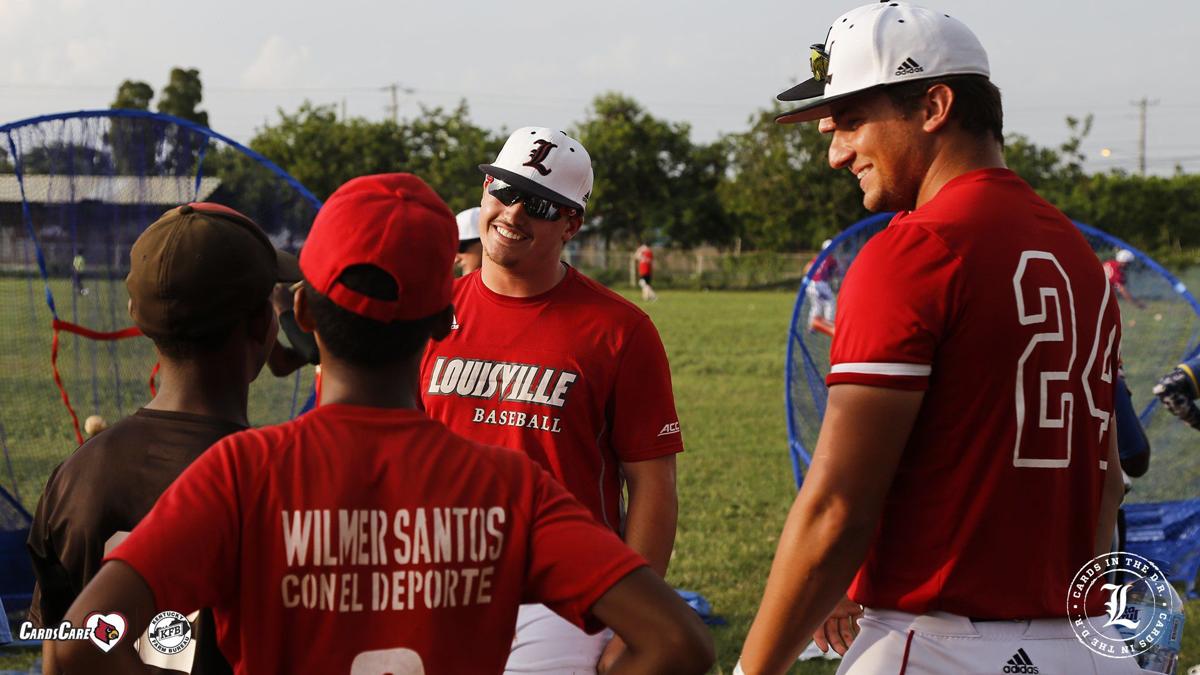 Members of the Louisville baseball team teach the fundamentals of hitting to a child during a clinic in the Dominican Republic (via @LouisvilleBSB).

Louisville baseball coach Dan McDonnell challenged his players to return to their communities and lead after their season was canceled. WDRB Photo/Eric Crawford

Members of the Louisville baseball team teach the fundamentals of hitting to a child during a clinic in the Dominican Republic (via @LouisvilleBSB).

LOUISVILLE, Ky. (WDRB) — The reason Dan McDonnell has directed all those University of Louisville baseball teams to the College World Series isn't simply because he understands how to identify and instruct talent.

McDonnell is a life coach as much as he is a baseball coach — and he has demonstrated that again as his team has dispersed with its season canceled because of the novel coronavirus.

Shocked to disappointment to anger quickly shifted to the default mindset that McDonnell has long preached: No self pity.

Sure, no more games, no more team meetings, no more anything stinks for a team that aspired to win the 2020 College World Series.

"Compared to what?" McDonnell said.

Compared to folks losing income or perhaps their jobs?

Compared to other issues and concerns percolating in our lives today?

No need to answer those questions.

McDonnell did not have to answer them. During a conference call with local media Wednesday afternoon, McDonnell, a devout Christian, said he challenged his players to help their communities, assist their families and lift up their neighbors.

"I want my players to be leaders," McDonnell said. "As I've always said, 'You're either in a storm, just coming out of a storm or going into a storm.'"

Leadership separates McDonnell from other coaches. He has a gift — and he works at it. There is no reason for Louisville, a cold-weather program, to rank among the top 10 teams in college baseball every season other than Dan McDonnell. He is the reason.

This team started the season ranked in the top 10 in every national poll. The Cards were 13-4, ranked sixth in the latest Baseball America poll.

McDonnell said that the Cardinals had the finest weekend pitching rotation in the country.

Hard to argue. But hard to prove now that the season is over. Pitchers Reid Detmers and Bobby Miller are ranked among the top 50 prospects for the 2020 MLB Draft. The third starter, Luke Smith, is a senior.

It has been standing room only in the area behind home plate at Jim Patterson Stadium, where big-league scouts assemble to evaluate pitchers with their radar guns.

"I realized I might not get a rotation like that again," McDonnell said. "If pro baseball is ready for them, I'm pretty sure they're ready for pro baseball."

That is a worry for another day, much like the discussion about whether the NCAA will grant spring-sport athletes another season of eligibility.

The Cardinals had won 12 of their last 13 games after sweeping Chicago State last weekend. They were preparing for a weekend visit by Notre Dame to Jim Patterson Stadium. They were supposed to be playing North Carolina in Chapel Hill, North Carolina, this weekend.

It wasn't long until college baseball was scratched, too.

Initially, McDonnell wondered why the call to cancel games in June was made in March. Then, as he watched the news unfold and considered all the issues involved in resuming play, determining champions and getting players together again, he understood and respected the decision.

McDonnell said sharing the news was as difficult as any team meeting that he has called.

"Am I going to meet with this group again," McDonnell said. "I don't know. But as the leader, I can't be the sour-faced guy. I don't live and die with one year. But I feel for the players (because this was the only season for this group to be a team).

McDonnell said that many of his players remained in town initially, but more players have returned home nearly every day. Concerned parents called. This is not the time for baseball to be the No. 1 priority.

"They love being here," he said. "But I don't blame them (the parents).

"Curve balls are part of life. And this is obviously a big curve ball."