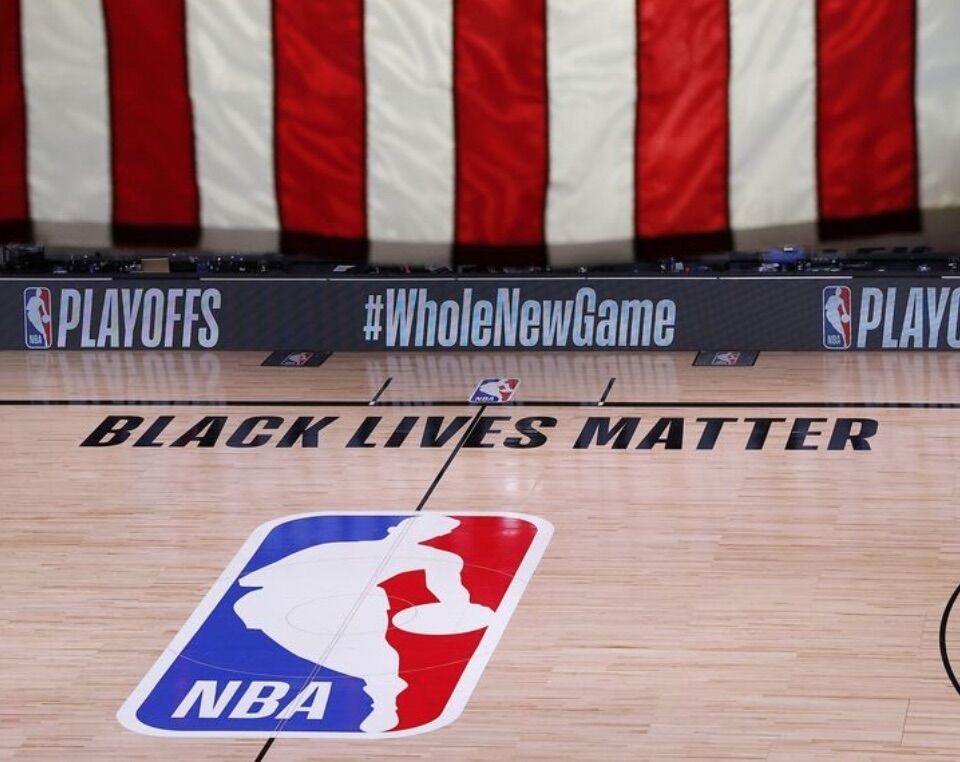 NBA players boycotted games on Wednesday and Thursday but playoff games are expected to resume Friday or Saturday. AP Photo. 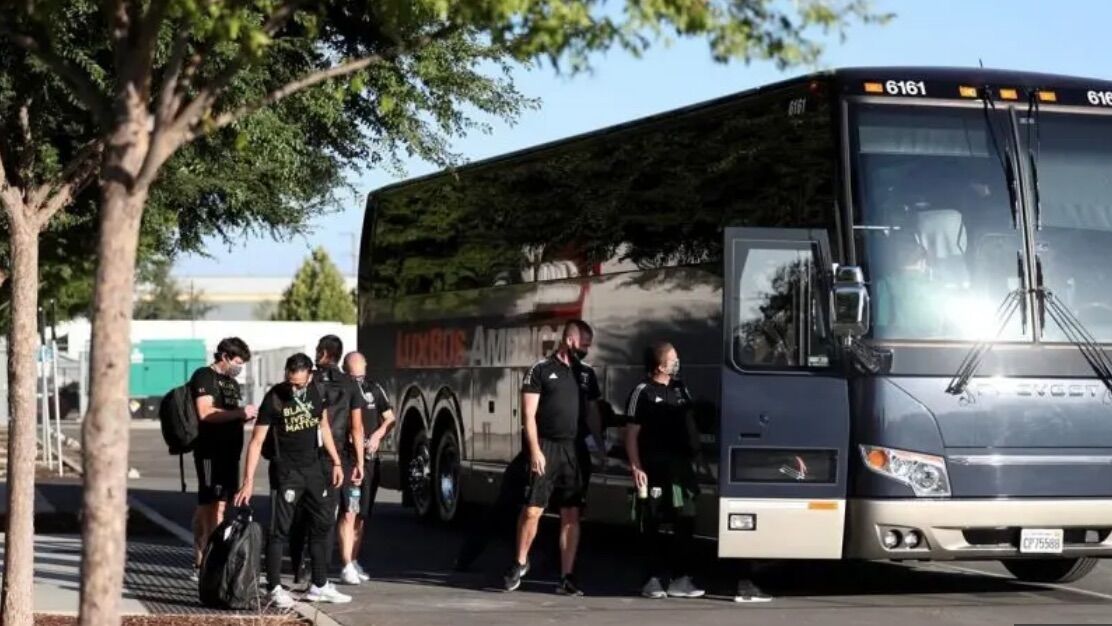 NBA players have lived in a bubble in Orlando, Florida for the last month. AP photo.

NBA players boycotted games on Wednesday and Thursday but playoff games are expected to resume Friday or Saturday. AP Photo.

NBA players have lived in a bubble in Orlando, Florida for the last month. AP photo.

Those three words resonated with me when our national discontent started to escalate in May.

I’m a sports columnist, not a sociologist, political scientist or statesman.

Doesn’t matter. Sports has become a national reflecting pool of what is rattling this country.

Protests against racism, social injustice and police brutality. That is one side. Annoyance that the protests have grown into platforms for property destruction, lawlessness and the creation of fear. That is the other.

Sticking to sports became impossible as well as irresponsible. We can’t begin to move forward until we figure this out.

The early scoreboard suggests we are not figuring it out. We’re still screaming. As Dr. Harry Edwards told Harry Bushnell of Yahoo! Sports we still have to find a path “from protest to progress.”

This week, the boycotting of NBA, WNBA and some MLB games Wednesday and Thursday in response to the shooting of Jacob Blake, a Black man shot by the police in Kenosha, Wisconsin, inspired another blast of steaming back-and-forth.

Apparently, you can add the Kentucky football team to the list. They left the practice field early Thursday to discuss ways to discuss their influence and contribute to effective change.

Seniors Josh Paschal and Luke Fortner, members of the team’s unity council, will talk with the media shortly. #BBN https://t.co/aM3454YZ1B

Next week, the spotlight will twist to our unsettled city. Protesters over the death of Breonna Taylor have promised to disrupt a Kentucky Derby that has already been diminished by the novel coronavirus.

In sports, much of the activism has been driven by professional athletes. As Washington Nationals reliever Sean Doolittle said before the MLB season resumed: “Sports are like the reward of a functioning society.”

The natural follow-up question, especially meaningful in Kentuckiana, is this:

How will you respond if protests or boycotts come to the college football stadiums and basketball arenas closest to your hearts?

Listen and learn. That’s what I have tried to remember. We’re still at that stage, waiting for unity and a path forward.

Watching athletes protest the injustice, discrimination, racism and hate that American Black men encounter, my first responsibility was to listen.

Their passion and commitment to the issues deserve that. Many are fulfilling boyhood dreams by playing professional sports. Careers are short, vulnerable to injuries. To risk their livelihoods for a political cause is admirable.

Hopefully we’ve evolved from the shut-up-and-dribble response. Consider the world from another perspective. Understand the anger is fierce.

Recognize the moment is historic. Determine which concerns are legitimate, because many certainly are.

But listen and learn to the push back, too. That has become a position easily dismissed. The threats and creation of anxiety around the Kentucky Derby are damaging, too. It shouldn’t be unreasonable to say that.

In this summer of discontent, the listening has become more challenging, the learning more difficult.

The shouting part we have mastered — on all sides of the issue. The listening part is what we need to master.

NBA players executed two days of boycotts. Multiple players questioned their decisions to leave their communities to move to the bubble environment in Orlando, Florida, this summer and resume play with racial justices issues percolating.

The latest word is the season is scheduled to resume Friday or Saturday, but the basketball has become less relevant for some.

Critics will chirp that the boycotts and political statements inspired them to click the OFF button on NBA telecasts.

Critics of those critics say that is a false narrative. They maintain the people quickest to say they have stopped watching the NBA have never watched the NBA.

That’s not surprising. That also is not true.

RealGM.com reported that ratings for the 2020 NBA Playoffs have declined 20% from last year.

According to a story in The Athletic, NBA regular-season network TV ratings have declined 45% since 2012.

That drop has been accompanied by a 40% decline on TNT and 20% plunge on ESPN.

Something has been motivated to turn off the product the NBA is offering. Listening and learning works for both sides.

Howard Bryant, who is Black and a respected columnist at ESPN, wrote on Thursday that America was coming apart. Bryant wrote that questions about what the boycott will prove are “passive-aggressive” against the players. He wrote that critics of NBA players believe players have no citizenship beneath their tank tops and view athletes strictly as entertainers.

Things are happening. I had a few brief thoughts...https://t.co/gV2UtxcyiS

I’d love to hear former NBA players and businessmen like Junior Bridgeman or Magic Johnson or former mayors like Dave Bing or Kevin Johnson speak to that.

I figured if there was a voice determined to push back against Bryant and the media narrative that has been largely in line with the protesters, it would come from Jason Whitlock, an Indianapolis native who got his journalistic start at a newspaper where I once worked, the Bloomington (Ind.) Herald-Times.

Whitlock, also a Black man, writes with as much passion as Bryant, passion that has driven him from ESPN to Fox Sports to Outkick.com, a site with a decidedly less liberal outlook.

My column today addresses short-lived NBA boycott and Nike's role in promoting shortsighted behavior. Read this column and come join me on periscope as I discuss it in 20 minutes. https://t.co/49OvyXNwVG

Two days ago, Whitlock wrote that LeBron James was a bigot who was being controlled to help immerse Black people in fear.

On Wednesday, Whitlock wrote that James was the “Al Sharpton of sports, an agent of chaos working closely with politicians who use racial division to rally voter support.”

On Thursday, Whitlock wrote that James, Los Angeles Clippers head coach Doc Rivers and NBA analyst Chris Webber were all good men but they were “trapped in the bubble of hate that has captured a large swath of black and white Americans during this election cycle.”

So little listening and learning.