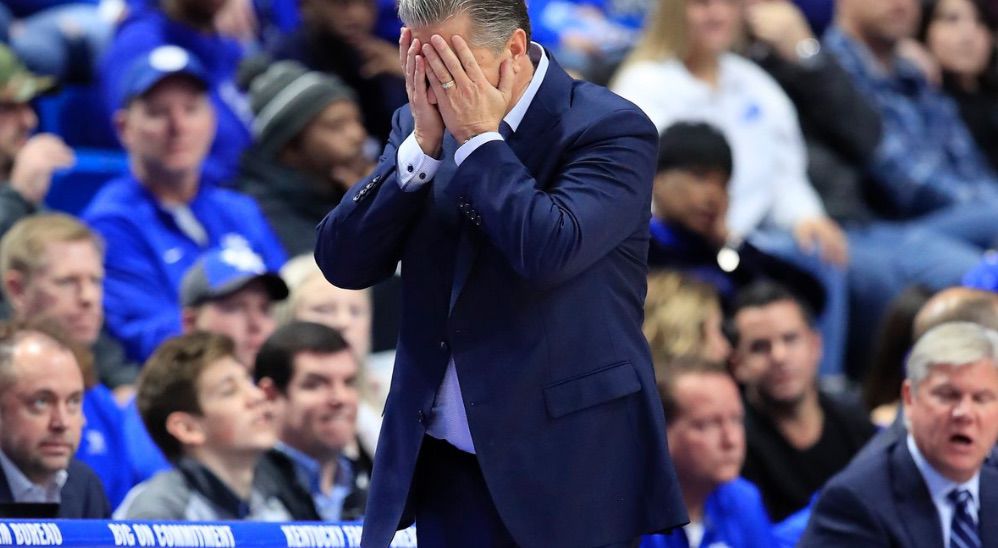 John Calipari's team is locked in a right to win the SEC regular-season title. 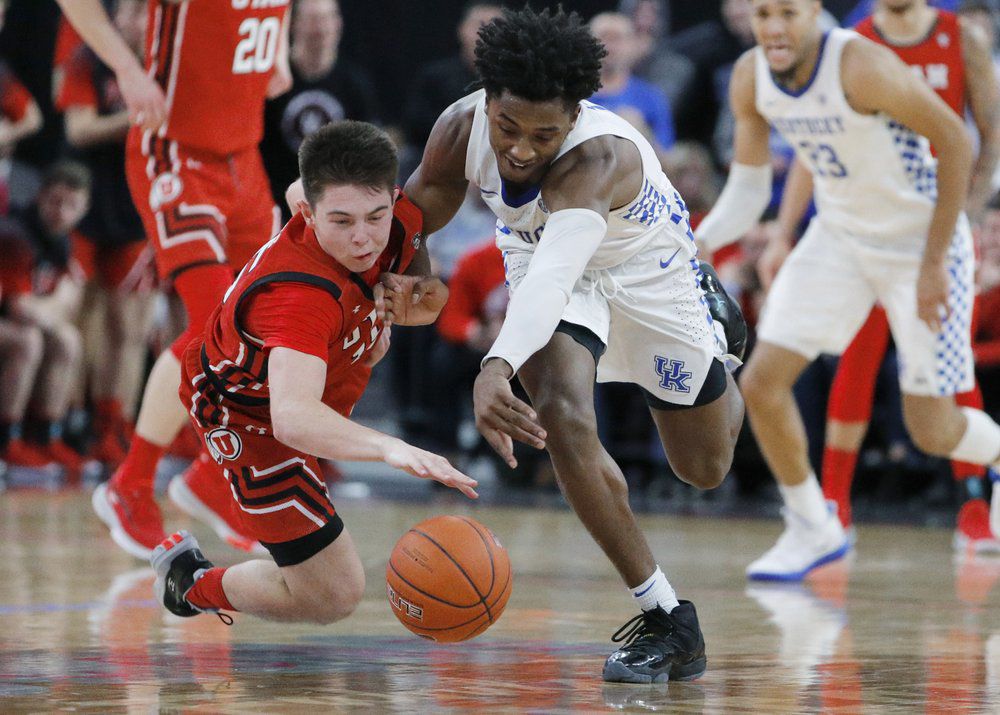 Utah's Riley Battin (21) celebrates after making a 3-point shot against Kentucky during the second half of an NCAA college basketball game Wednesday, Dec. 18, 2019, in Las Vegas. (AP Photo/John Locher)

John Calipari's team is locked in a right to win the SEC regular-season title.

Utah's Riley Battin (21) celebrates after making a 3-point shot against Kentucky during the second half of an NCAA college basketball game Wednesday, Dec. 18, 2019, in Las Vegas. (AP Photo/John Locher)

LOUISVILLE, Ky. (WDRB) -- The plan was to get to Las Vegas at least a day and maybe two, ahead of Ohio State.

Play a game in the same venue where the Wildcats and Buckeyes will meet Saturday afternoon. Adjust to the climate, environment and time change. Made sense.

Beat a Utah program that would give Kentucky a victory against a team from a Power Five conference, a win that might hold value on Selection Sunday

Then on Saturday it would be time for John Calipari's Kentucky basketball to take care of the real purpose of the trip -- topple an Ohio State team that certainly looks like the best team in the Big Ten and one of the three best in the country.

The Wildcats trailed most of the evening, before rallying from a 17-point hole to lose to Utah, 69-66.

That is the Utah squad that opened Thursday ranked No. 100 in Ken Pomeroy's computer formula, No. 68 in Jeff Sagarin’s predictor rankings and No. 58 in the NCAA’s NET formula.

Now Calipari’s team must scramble to defeat a pair of top five opponents — No. 5 Ohio State Saturday in Las Vegas and No. 3 Louisville on Dec 28 in Rupp Arena.

Five Takeaways from Kentucky’s second jarring defeat as a double-digit favorite this season.

1. The Wildcats slipped from No. 8 to No. 15 in Ken Pomeroy’s computer rankings, behind Butler, Baylor and Dayton. They’re ranked No. 19 by Jeff Sagarin.

They began the season No. 2 in Pomeroy.

2. They are now projected to lose to Ohio State and Louisville — and finish the season 21-10 overall and 12-6 in the Southeastern Conference.

3. It was not a great day for the SEC — unless you believe that the only thing that matters is football recruiting.

Louisiana State paid East Tennessee State $100,000 to come to Baton Rouge and beat the Tigers by 11.

Tennessee lost at Cincinnati. Nothing shameful there, but make that three losses in five games for the Vols.

Vanderbilt lost in Nashville to a four-loss Loyola (Chicago) squad. Vandy has also lost to Liberty, Tulsa and Richmond. That’s not even an NIT resume.

Alabama got 10 three-pointers from John Petty to defeat Scott Padgett and Samford by 18.

The good news for Kentucky is that Pomeroy still ranks Kentucky as one of the teams to beat in the SEC. Make it Auburn and UK 12-6 with Florida, Tennessee and Arkansas right behind at 11-7.

4. This is the second consecutive season the Wildcats lost two non-league games before the first of the year.

But last year, the losses were to Duke and Seton Hall, a pair of NCAA Tournament teams.

This season the losses have been to Evansville and Utah. The Purple Aces just suffered their fourth defeat at Jacksonville State (coached by former Western Kentucky coach Ray Harper) on Monday.

Utah lost to Costal Carolina (which lost to Darrin Horn and Northern Kentucky) as well as to Tulane.

5. Three-point shooting remains a raging issue for Calipari’s team. The Wildcats made only 2 of 17 shots from distance against the Utes.

According to Pomeroy, Kentucky ranks No. 326 (of 353) in three-point shooting, making 27.5 percent of their attempts.

For comparison, the Wildcats shot 35.4 percent last season and 35.7 percent in 2018. This is Calipari’s first UK team to shoot less than 33 percent from distance.

According to Pomeroy, teams are shooting 30.3 percent from three against Kentucky. The Wildcats have allowed 31 more threes than they have made this season.

Nobody on Kentucky's roster is shooting better than 33.3 from distance. Tyler Herro and Devin Booker are not walking through that door.

There’s work to do on both sides of the perimeter.