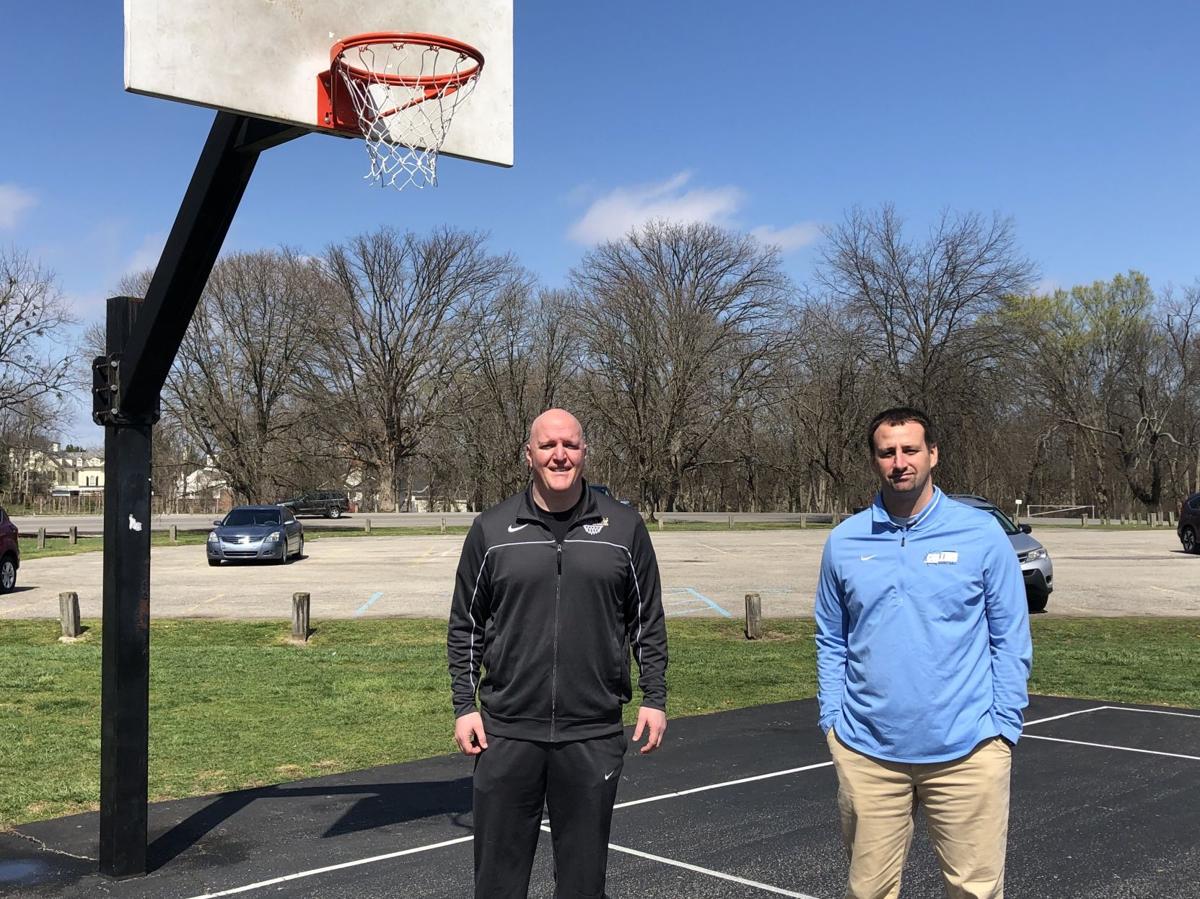 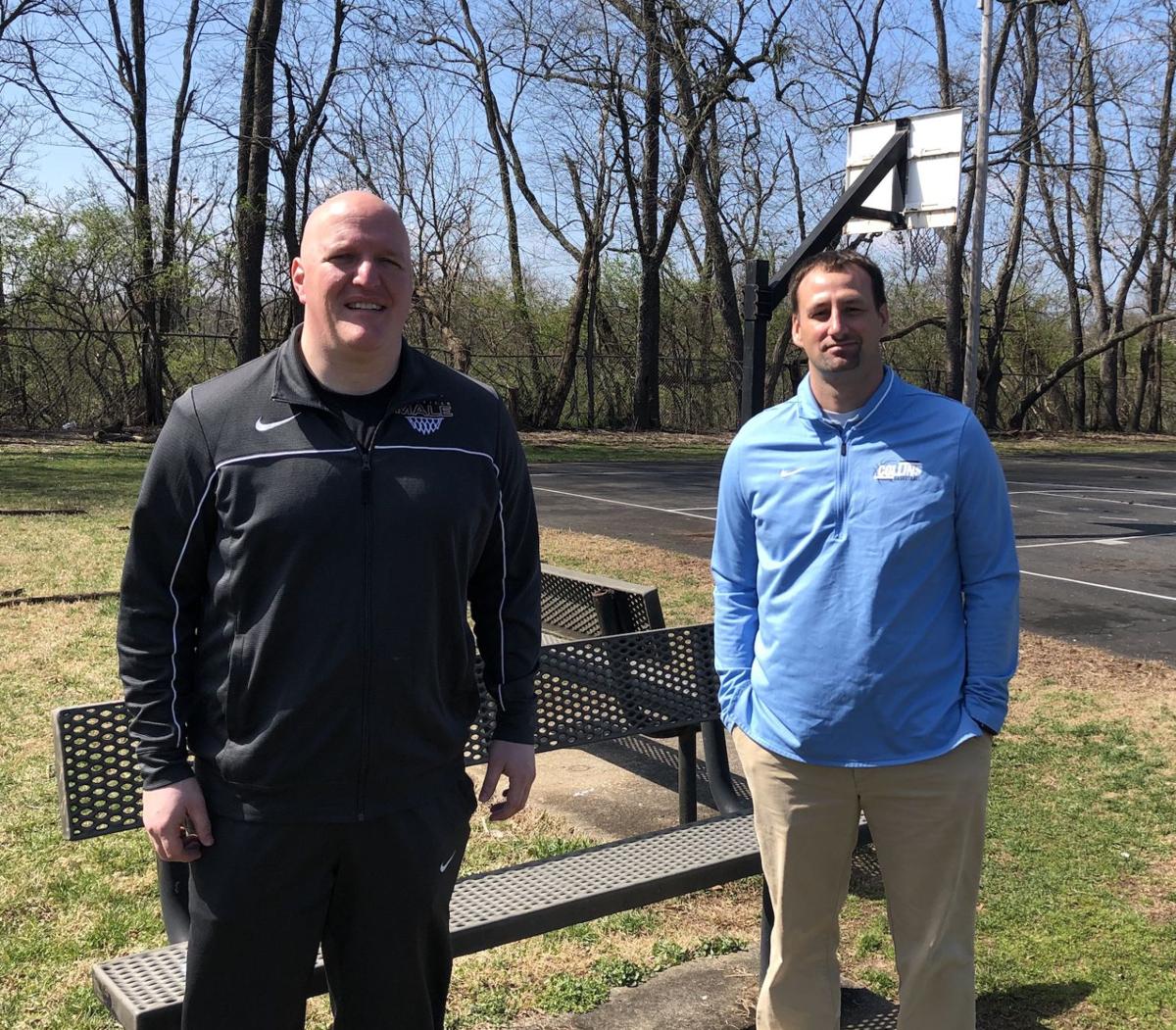 Collins High School in Shelby County was on a big roll, too. Four years ago, coach Chris Gaither knew a group of talented eighth-graders were on their way to lift the Collins’ program.

As freshmen, they watched the program roar into the quarterfinals of the 2017 Sweet Sixteen in Lexington. This is the year Collins would win four games and the school’s first title.

“When this group were freshmen, they were verbally saying they wanted to win a state championship,” Gaither said. “We were ranked Top 5 all year, No. 1 at one point. They were ready to go.”

Both confident coaches, obviously, could not be right. Male and Collins were scheduled to play their opening games at 6:30 p.m. March 19 in Rupp.

“Now, it’s silly for any coach to say they would have won the state title,” Haworth said. “That’s the beauty of the Sweet Sixteen. Crazy things happen.”

All 16 teams can continue to believe they would have followed Trinity as the state champion. All 16 can also continue to hope the restrictions created by the novel coronavirus will ease so the postponement of the Sweet Sixteen transforms it into a rescheduled event, not a canceled event like the canceled boys’ state tournament in Indiana.

Hardly a priority? No question.

On Monday, either Haworth or Gaither could have been sitting in their home gymnasium, packed with students, family, friends and alumni celebrating the achievement that kids pursue from Paintsville to Paducah — a state title.

Male, believe it or not, won its fourth and last state championship in 1975, when Darrell Griffith, Bobby Turner and Wade Houston delivered.

Collins opened in 2010. The last state title celebrated in Shelbyville came when Charles Hurt scored with the Shelby County Rockets in 1978.

The only basketball court Haworth and Gaither visited Monday was one of the chilly, empty asphalt courts at Seneca Park.

A teenaged girl and a boy shot baskets on cracked adjacent court. Three other teens relaxed on blankets on a grassy field near the softball diamond. A dog darted here and there.

You could hear cars whizz past on nearby Interstate 64, but the noise seemed strangely louder than normal because there were 10-12 seconds breaks without vehicles passing.

Not your basic fourth Monday in March. Not close.

“My wife’s got me painting the house,” Gaither said. “But about 10:30 (Sunday) night, it just clicked the state championship finals would be over and teams would be heading home.

“I just sent out a text to my team, telling them that it would be a honor to be traveling home on the bus with them celebrating a state championship.”

Haworth said that he texts his players every other day: Stay in shape the best you can. Stay healthy. Stay optimistic.

“I’m an optimist, so I told them all hope is not lost,” Haworth said. “Even as we stand here today, I’m still hoping we can play the state tournament.”

Haworth and Gaither are friends, native Kentuckians who grew up to the beat of bouncing ball.

Before he signed with coach John Chaney and Temple and then played at Georgetown College, Gaither scored 19 points with seven rebounds and six assists for the Grayson County Cougars when they lost to Andre Woodson and North Hardin, 71-65, in the 2001 Sweet Sixteen.

Haworth grew up in Western Kentucky in Mayfield. Before he played at Murray State, Haworth was a high school sophomore when the Graves County Eagles were eliminated by Louisville Eastern in the quarterfinals of the 1997 Sweet Sixteen.

“You never forget playing in the Sweet Sixteen,” Gaither said.

“Every kids wants that memory of running on to Rupp Arena,” Haworth added.

Both coaches have six seniors on their teams, guys who started preparing for this moment two weeks after they were eliminated from the tournament last season. They are also guys who won’t enjoy another opportunity to play in the Sweet Sixteen.

Male defeated Collins twice: 83-72 in the King of the Bluegrass Tournament and again 81-77 on Jan. 18 in Shelbyville.

“But it’s the state tournament,” Haworth said. “Anything can happen.”

Resuming it will tricky and debated, far from a priority considering the challenges ahead. It won’t be a call anybody at Collins or Male will make.

But, at the proper time, perhaps next month, it is a call that both coaches await.

"As a coach, you’re always want to give your team answers and feedbacks and solutions,” Gaither said. “You really don’t have any right now. That’s a challenge...

“...I understand there are more important things that have to happen. But I hope they would consider putting the event on because it’s such a morale booster for our state.”