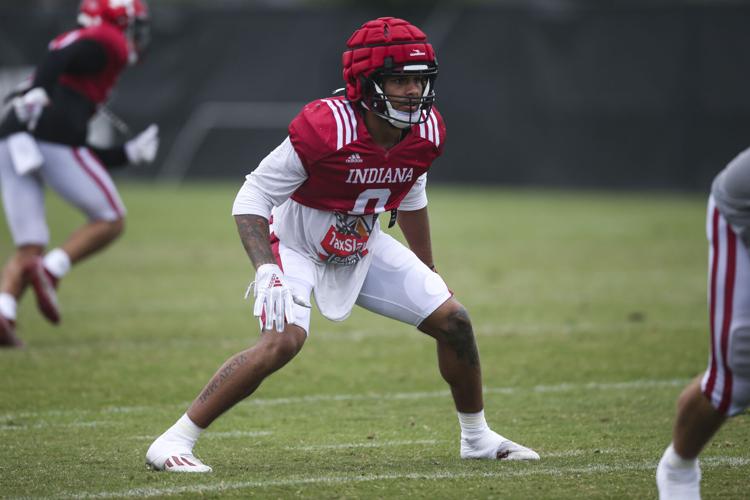 BLOOMINGTON, IN - AUGUST 15, 2022 - linebacker Jared Casey #8 of the Indiana Hoosiers during Fall Camp at John Mellencamp Pavillion in Bloomington, IN. Photo By Pearson Georges\Indiana Athletics 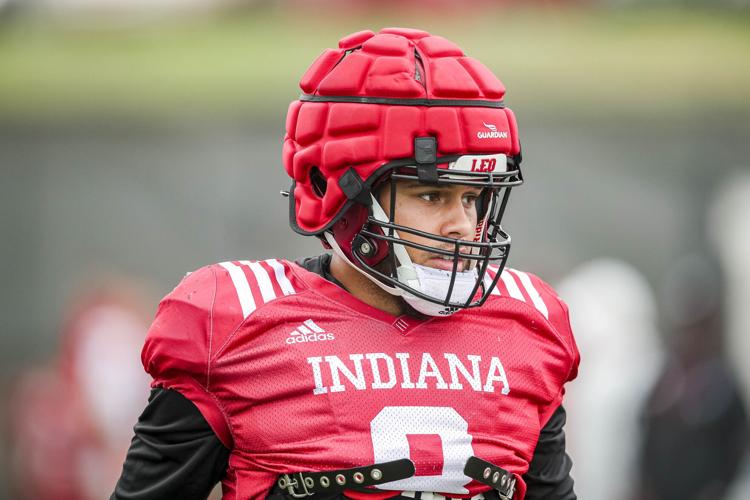 BLOOMINGTON, IN - August 06, 2022 - linebacker Jared Casey #8 of the Indiana Hoosiers during Fall Camp at John Mellencamp Pavillion in Bloomington, IN. Photo By Gracie Farrall\Indiana University

BLOOMINGTON, IN - AUGUST 15, 2022 - linebacker Jared Casey #8 of the Indiana Hoosiers during Fall Camp at John Mellencamp Pavillion in Bloomington, IN. Photo By Pearson Georges\Indiana Athletics

LOUISVILLE, Ky. (WDRB) -- When your college football program wobbles from 6-2 in 2020 to 2-10 in 2021, the recruiting department has the NCAA transfer portal web page on automatic refresh.

Indiana worked overtime in the transfer portal last fall. Had to. The Hoosiers lost their last eight games, six by at least three touchdowns.

In 2019, Jared Casey of Ballard High School was the top-ranked player in the recruiting class that Mark Stoops brought to Kentucky. Casey was ahead of JJ Weaver, the Moore High School graduate who also signed with UK.

The folks at 247Sports ranked Casey the 21st-best prospect at inside linebacker in America.

Casey decommitted from Oregon, where he had a relationship with assistant coach Cort Dennison, who later left for Louisville.

If you believe it is wiser to evaluate recruits by his other scholarship offers instead of by the rankings, Casey had quality offers, too. In addition to Oregon, Casey had offers from Wisconsin, Purdue, Cincinnati, Syracuse and, of course, Louisville. Casey is 6 feet, 3 inches tall, carries 215 pounds and can run.

You could not find Indiana mentioned in his recruiting profile.

Casey picked the Hoosiers last Jan. 8, two days after he visited Bloomington, barely five weeks after he left UK. He exchanged the jersey No. 6 that he wore at Kentucky to wear No. 8 for the Hoosiers. He's the only Kentucky high school product on the IU roster, the first Ballard product with IU football since Drew Hardin nearly a decade ago.

Chad Wilt, IU's first-year defensive coordinator, said Casey will play for the Hoosiers, who open the 2022 season Sept. 2 at home against Illinois.

Time out. Cam, for the record, is Cam Jones, a fifth-year senior and the top returning tackler on Indiana's defense. That is the guy Casey is pushing for playing time.

"We expect our guys to rotate," Wilt said. "No one guy is going to play all 70 plays. Hey, this is the way it's going to be.

"Jared has done a phenomenal job of coming in, especially this fall, and embracing the process of growth and development.

"It's not easy transferring in. It's different. You're the outsider a little bit. It's not that he was in a bad place and was the outsider during the spring, but there is always that growth process of becoming part of the locker room ...

"But I really have seen Jared's confidence grow in this fall camp."

Know this: Indiana is working to stack groups of players that the recruiting experts have evaluated as having as much talent as Casey.

As a Ballard senior, Casey was ranked No. 332 in the entire 2019 recruiting class, regardless of position. That is a better ranking than all but seven players on the current IU roster, and four of those Hoosiers are freshmen.

After sitting out as a redshirt in 2019, Casey appeared primed to be a major contributor at Kentucky in 2020. He made 20 tackles in 11 games, including six against Mississippi State.

Last season, his playing time declined after Jacquez Jones transferred to UK from Ole Miss, and Trevin Wallace showed superior speed and power for a freshman. Casey finished with nine tackles in a dozen games, making only three in the final five of the season.

Wilt said he expected Casey to be a dependable contributor. He said he saw evidence when Indiana scrimmaged last Friday. Wilt said Casey spotted a key in the IU offense and was the first defender to call out what he saw.

"In that moment, you saw leadership and you saw command of the group as a defense," Wilt said. "Meaning the scheme, the adjustment that we needed to be in. I was really proud of Jared and we've seen that several times from him."

If everything works the way Indiana has planned it, you should see Casey even more.

SPORTS PAGE | What would Jeff Brohm bring to Louisville football?

SPORTS PAGE | What would Jeff Brohm bring to Louisville football?

Swift reaction after Satterfield announces plans to leave for Cincinnati

Swift reaction after Satterfield announces plans to leave for Cincinnati

Crawford: On the state of Louisville basketball

Crawford: On the state of Louisville basketball