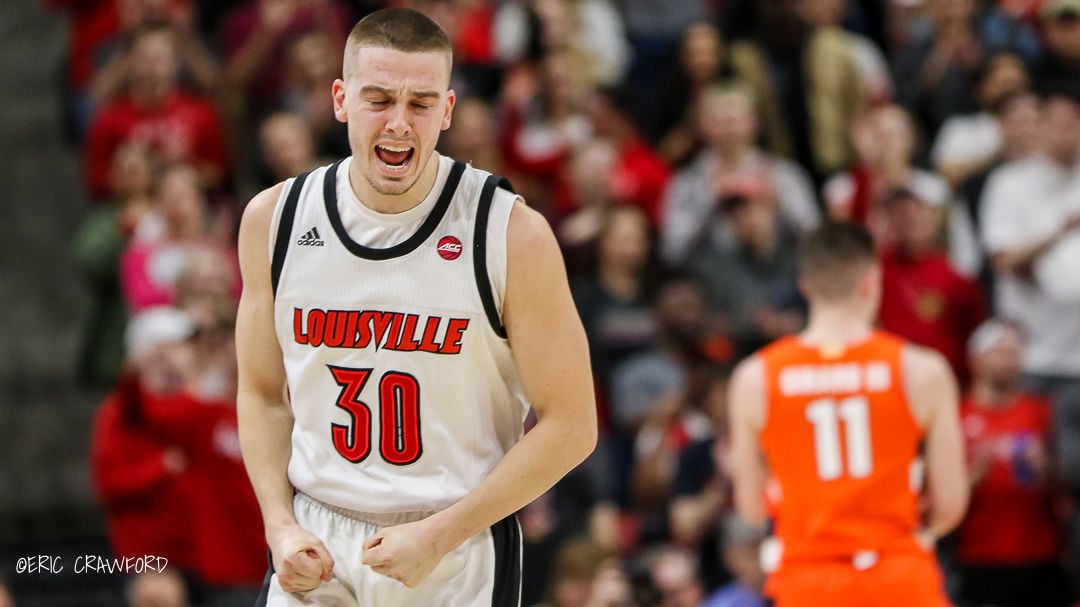 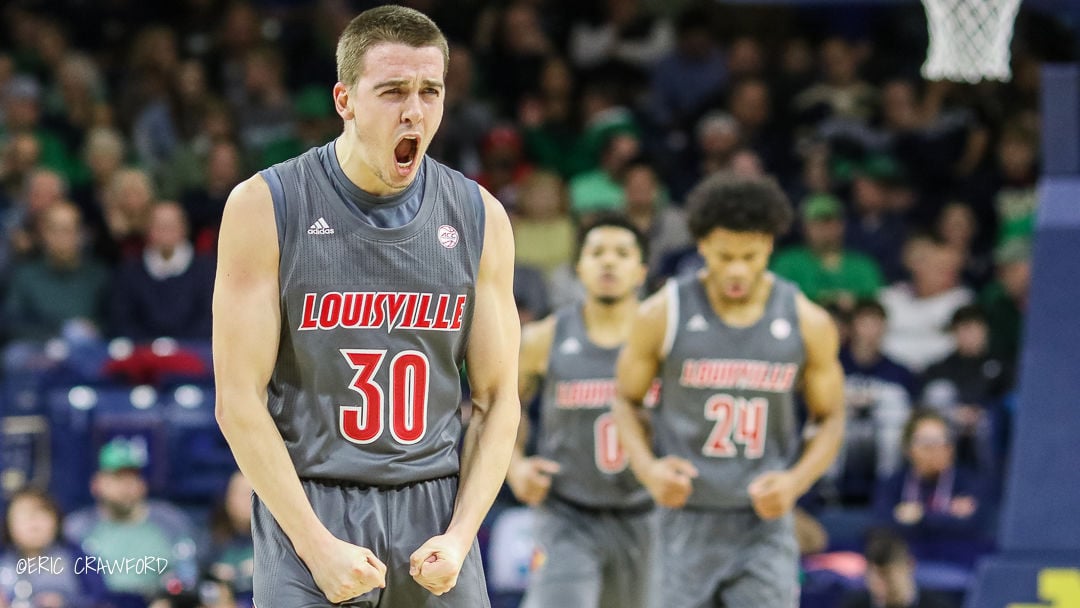 LOUISVILLE, Ky. (WDRB) -- Today, it seems reckless and irresponsible to suggest the Atlantic Coast Conference (and other leagues) were determined to continue with their men’s basketball tournaments even after they learned Utah Jazz star Rudy Gobert tested positive for the novel coronavirus.

It did not seem reckless or irresponsible on March 11, when that news broke. ACC games were played at Greensboro Coliseum on that Wednesday. The University of Louisville basketball team practiced in North Carolina.

Everything changed for them when they heard the Gobert news, including their eagerness to continue competing.

“I think that’s when kind of the snowball started. That’s when things started cancelling or getting postponed, getting changed it terms of how many people can be there.

“It was at that moment I felt like that the guys and I started panicking or getting a little worried.”

Being worried, concerned and serious about the pandemic was the right call — even if it took the ACC, the NCAA and the other conferences another day to figure it out and officially stop the season.

The Cardinals returned to Louisville on March 12. McMahon’s fifth and final season with the Cardinals concluded with an ending more surreal than the rest of his unusual career.

“It was really weird,” McMahon said. “An eerie feeling. What’s going to happen next? Where do we go from here?”

Turns out that it was the end.

“Who knows if and when we’ll all ever be together again?” McMahon asked. “Obviously, how the season ended was, for the lack of a better phrase, a shock.

“I would have never expected our season (to end that way). I felt like we had a run in us. I’m sure that every team in March felt like that.

“But I know we had a special team. I’ve been on five teams here at Louisville, and I know this one was very special.”

In a storybook world, this crisis will pass while causing as little pain and suffering as possible. Then maybe the team could assemble one final time for the private and public goodbye they earned.

Especially McMahon. His career at Louisville did not deserve a column or a magazine article. It deserved a book.

ESPN basketball analyst Dick Vitale got McMahon to Louisville by attending three or four of his high school games in Sarasota, Florida, and then hounding Rick Pitino to take a look at a kid who was too slow, too small and too thin but could really shoot.

I talked to Vitale on Monday about 30 minutes before McMahon answered questions on teleconference arranged by U of L.

“I must have told 25 or 30 coaches about him, but nobody was interested,” Vitale said. “Nobody. I finally got Rick to come see him.

“I remember Ryan’s team played a team from Orlando and Rick sent his entire staff down to watch. It was a really tough, physical, talented team. They really went at Ryan and tried to intimidate him.

“He didn’t back down. Not an inch. They were down five or six points in the fourth quarter and Ryan led this incredible comeback. He made two threes and some big free throws.

“About 10 minutes after the game, Ryan came out of the locker room to talk to me and his father. I’ll never forget that moment for the rest of my life.

“He said, ‘You’re not going to believe what just happened. Coach Pitino offered me a scholarship.’

“I was so, so happy because I knew how hard he worked and what a good kid he was.”

Vitale is a leading member of the prestigious Washington Speakers Bureau. He’s in major demand by business leaders across the country. You can be certain that the Ryan McMahon Story will be a story that Vitale will share for years.

“To me, Ryan McMahon will always be a tremendous example to a lot of kids to never, ever believe in the word ‘can’t.’ ” Vitale said.

Of that, there is no question.

Get this: McMahon finished his career with 182 three-point field goals.

He converted 39.5% of his three-point attempts. That is sixth in U of L history.

No wonder McMahon is eager to explore his opportunities to continue playing basketball. He said that he was interviewing agents and considering options to play overseas or in the NBA G-League when the world finally gets back to the business of playing basketball.

Sometime in the next 10 days, McMahon said that he planned to return to his family in Florida. If basketball opportunities do not develop, he might pursue a career as a financial adviser or a pharmaceutical sales rep.

“If not, I’ll have to hang up the shoes and start tearing up men’s leagues,” he said.

Of course, he will. This is a guy who redshirted as a freshman for a Louisville team that removed itself from the NCAA Tournament.

He played 176 minute as a redshirt freshman and then watched Pitino and two of his assistant coaches get fired days before practice began for his sophomore season.

He adjusted to playing for David Padgett and then finished his career with two seasons under Mack.

Well, finished is a bad word. This season ended unresolved, without a finish — for McMahon, his teammates and everybody in college basketball.

McMahon did not like it. But he said that he understands the value of his journey.

“I’ll be prepared for (adversity), and I’ll know how to respond,” he said.

All lanes blocked on I-65 South after crash