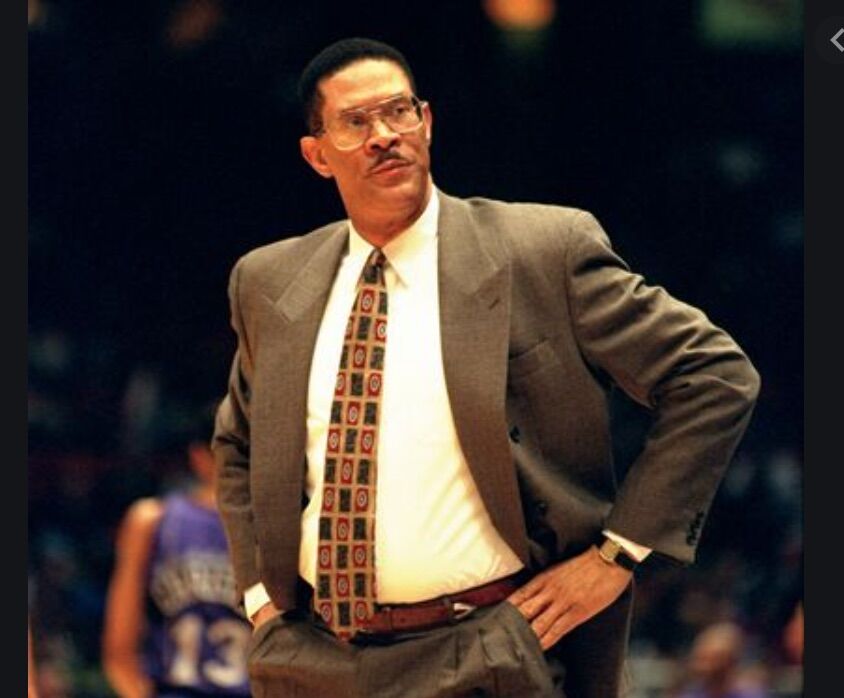 Butch Beard has asked U of L president Dr. Neeli Bendapudi for the school to remove his basketball achievements at the school. NY Daily News photo 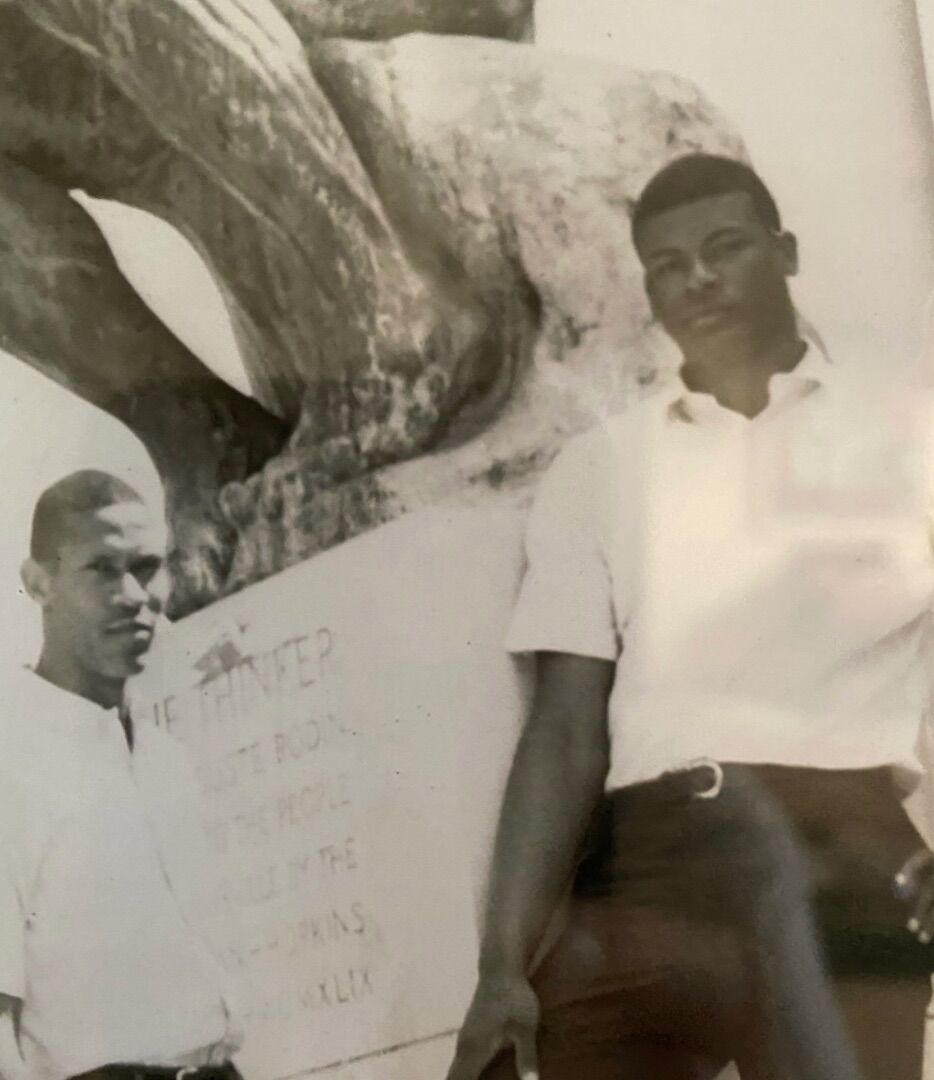 Butch Beard (left) and Wes Unseld began their friendship as roommates at the University of Louisville. Photo courtesy of Butch Beard.

Butch Beard has asked U of L president Dr. Neeli Bendapudi for the school to remove his basketball achievements at the school. NY Daily News photo

Butch Beard (left) and Wes Unseld began their friendship as roommates at the University of Louisville. Photo courtesy of Butch Beard.

LOUISVILLE, Ky. (WDRB) -- In a letter to University of Louisville president Dr. Neeli Bendapudi, former U of L basketball All-American Alfred “Butch” Beard asked the school “to remove my name and accomplishments from any existing or future mention.”

Beard wrote that “the university’s commitment to young black men is far from what it should look like in 2021.”

Beard signed with Louisville in 1965, choosing the Cardinals over Kentucky, UCLA and many other schools as the state’s Mr. Basketball from Breckinridge County. He was one of the first half-dozen African American basketball players to commit to U of L, signing one year after former Seneca High School star Wes Unseld.

Beard said that he was also upset that the school has not been more proactive in recognizing Unseld, a Hall of Famer who died last summer. Beard said he did not understand why the school has a statue to honor former U of L quarterback Johnny Unitas at Cardinal Stadium but has not commissioned a similar honor for Unseld, a hometown star who changed the course of Louisville basketball.

"Wes Unseld or Johnny Unitas? It's not even about Butch Beard."

Beard ranks 17th in all-time scoring at U of L, with 1,583 points in only three seasons. He retired from the game and lives in New York City and Florida.

I asked Beard if he wanted his name to be removed from the school's Hall of Fame and have his records taken out of the program's media guide.

"I'm a Cardinal. I'm a Cardinal because I attended Louisville and I accomplished (things) at Louisville. I'm not that (nonsense) that's out there now. OK?

Beard was interested in helping the program when U of L needed an interim coach after the school fired Rick Pitino in 2017, but he told me several times that he was never consulted.

Here is the letter that he sent to Dr. Bendapudi on Wednesday morning:

Allow me to introduce myself; my name is Butch Beard. I am a former alumni and All American basketball player at the university during 1965-1969.

To begin, I would like to congratulate you in being named president in April 2018.

I know you came to the university during challenging times and more specifically; the athletic department. As you are aware, this will be an ongoing effort into the unforeseeable future to rectify the ills of the past.

Please indulge me as I share a few of my career highlights.

The reason I humbly share this list of accomplishments is to give you an understanding of my credentials in the world of basketball, both at the college and professional level, and the many years I’ve devoted to a sport I love and have dedicated the lion share of my adult life.

For me, it all began at UofL. I am still connected to several former alumni; Wade Houston, Eddie Whitehead and Dave Gilbert. These men helped to integrate the basketball in the 1960’s. However, the basketball program didn’t achieve national recognition until Wes Unseld walked onto the campus in 1964; followed by myself in 1965.

To be direct, it was home grown black Kentuckians that changed the history of the basketball program.  I find it hard to believe that the university hasn’t deemed it important to honor Wes Unseld. Today’s black student athletes have no idea who blazed the trail for them. It’s important to put this in context. In the 1960’s UofL coaches were recruiting based on the premise that the University of Kentucky was a racist institution and UofL was a promise of a more progressive university. There were fifteen black athletes on scholarships during my time at the university.  Without Wes Unseld or Butch Beard there would never have been a Denny Crum era of basketball. These are simply the facts, yet the university refuses to recognize someone like Wes Unseld who’s shoulders every player stands on today.

In addition, prior coaches such as Coach Drumo talked about the university helping players further their careers in and out of the university. It’s unfortunate that never came to fruition.

Which leads me to the reason for writing to you. The university has been remiss and negligent in its hiring practices within the athletic department. No black role models exist for the student athletes playing mens basketball or football. You may think assistant coaches in these sports are sufficient, they are not. Players need and want head coaches to confide in on real life issues on and off the court. Respect comes from the top; the head coach.

I speak from the experience I have had as that role mode, at two HBCU schools. I saw first generation black kids attend college and witnessed the type of guidance that’s necessary.  Not every black kid playing a sport has the promise or should have the promise of going professional. Many times this is the false narrative when the real goal should be getting an education.  Without relatable guidance from a person who looks like you and has traveled this road this imperative can be lost.

The university must do a better job of mentoring the student athletes and help them to be successful on and off the basketball court. UofL was the first college in the state of Kentucky to offer black student scholarships but last to have a black basketball head coach or even interview one.

I say the following both in sadness and anger but I feel I have no recourse.

Given the lack of acknowledgement to the legacy of former black players and the lack of commitment in diversity hiring I am asking the university to remove my name and accomplishments from any existing or future mention.

The university’s commitment to young black men is far from what it should look like in 2021.

I know the university in the past has attracted players by using my name, and although it may not be as relevant now, this for me is a matter of principle.

This to some may appear an act of being ungrateful. This could not be further from the truth. The truth is that the university has failed to move forward or demonstrate a commitment to a diverse athletic department and coaching staff as well as recognizing the contributions of former black players.

Quoting Doc Rivers “ Why should I love you, when you don’t love me back”.

I had always hoped for so much more from the university.

Thank you for your time

On Wednesday afternoon, U of L shared this statement from Dr. Bendapudi:

“I deeply appreciate the heartfelt letter from Mr. Beard. He is a Cardinal legend and will always be remembered for his many accomplishments on the court and in the classroom. Mr. Beard rightly points out that in the past, the university may not have always lived up to its responsibility to provide an equal opportunity to Black candidates seeking jobs at the highest levels of our athletic department. I can say with total confidence that Vince and I are committed to changing that narrative. Our goal is for the University of Louisville to achieve its full potential as an antiracist university. That means that no job candidate should ever have an advantage (or disadvantage) during the hiring process based on their race.”