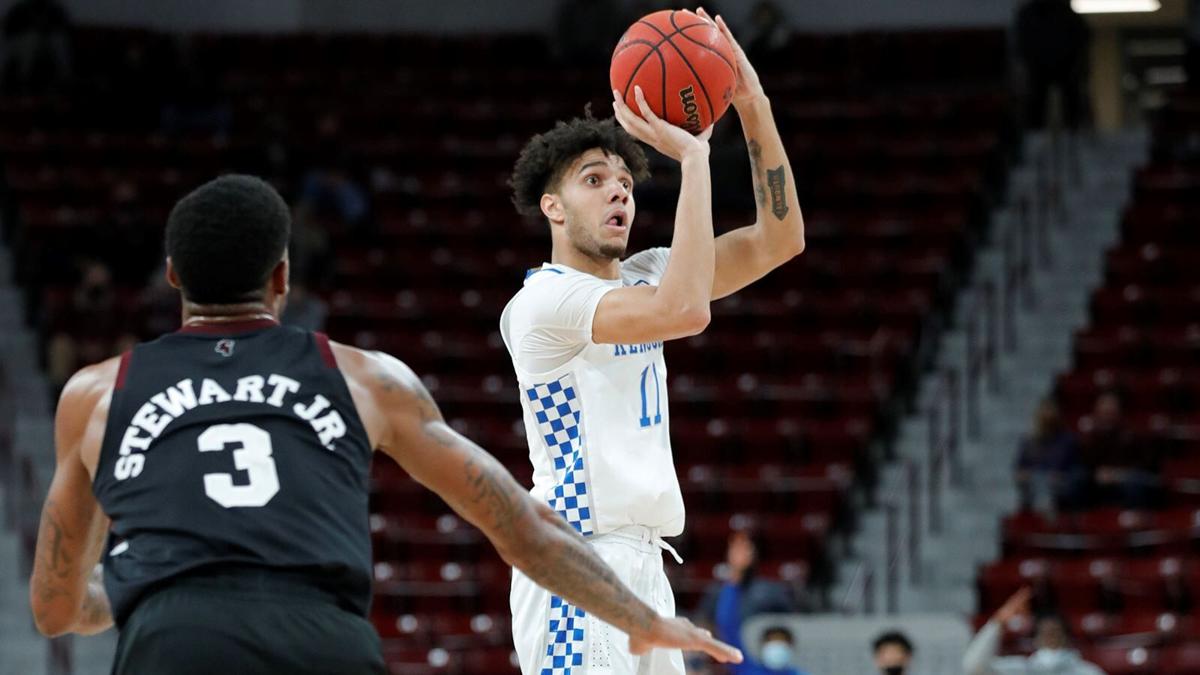 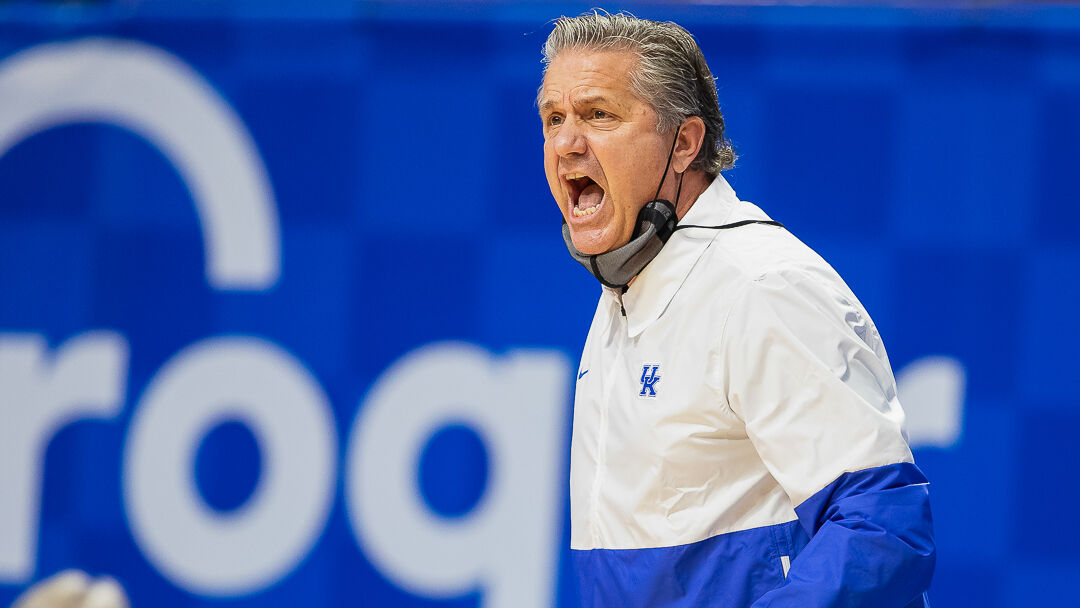 LOUISVILLE, Ky. (WDRB) — Dontaie Allen has made more three-point field goals for Kentucky in 84 minutes than B. J. Boston and Terrence Clarke have combined to make in 499 minutes.

It’s reasonable to question if Allen can maintain those numbers. Just don’t question it around Allen, who brought his supreme confidence and form with him from Pendleton County.

“I could say I was hot (when Allen made seven shots from distance against Mississippi State) but I definitely had games like that in the past. Shooting is what I do.”

Even Billy Gillispie could tell you which guy needs to get more shots from distance and which guys need to spend more time trying to score from inside the magic line.

As Kentucky departed for Florida to play the Gators Saturday at 5 p.m. in Gainesville, the conversation began with Keion Brooks, the veteran UK forward. Brooks is officially back from a leg injury and likely to play a limited number of minutes in Exactech Arena.

Brooks should make Kentucky better, especially after the bounce returns to his legs. He’s a tough, determined player. Brooks is unlikely to deliver huge scoring numbers, but neither is his man. Brooks will rebound, defend, screen and take charges.

How coach John Calipari integrates Brooks into the Kentucky rotation will be interesting. How Kentucky proceeds without Clarke, who is injured and likely out against Florida is also worth noting.

But nothing around this team is as fascinating as how Calipari proceeds with Allen, a Kentucky kid who can do something Kentucky badly needs — make shots.

Let’s be honest: Calipari started the season by treating Allen as if he believed he was the ninth or 10th man.

Then, driven by desperation, Calipari gave Allen 32 minutes against Mississippi State. His seven shots from distance won the game and might have changed the arc of Kentucky’s 3-6 season.

It was not enough to push Allen into the starting lineup against Vanderbilt. But even off the bench, Allen was Kentucky’s second-leading scorer, hanging 14 on the Commodores by making a pair of threes, four free throws and adding the bonus contribution of five rebounds.

After the game, Calipari praised Allen. But the first comments he made about Allen’s performance had the smell and taste of a mixed message.

“Dontaie Allen broke down a ton today defensively,” Calipari said. “He made baskets and free throws when we needed it, but he may have given up as many as he scored.”

Odds are Allen was not the only one breaking down. Four Vanderbilt players scored between 16 to 18 points. Those four generated all but four of the 74 the Commodores scored.

Calipari did change course. He gave Allen the love that has been given to other guys.

“And I told him, I said, look, if that's the case and it's even-steven, I'm probably good with you,” Calipari said.

“But you got to get to where -- and they were game planning stuff. Like, he went under a screen, and he did, just did some stuff. But I'm telling you, he deserves to be on that court and you know what he does to the defense? He spreads out the defense.”

Allen handled the situation with maturity. He admitted that his defense needs work. He agreed that he needs coaching.

“(Calipari) is hard on everybody,” Allen said. “I don’t think it’s certain people. He wants everybody to be great …

“… he’s talked about things as far as game planning, so I knew I had to do those things. I just had some breakdowns. I would definitely agree with the things he was saying.”

Allen did not agree with any grumbling fans in Rupp Arena. Understandably, he has become a crowd favorite. But he was unhappy with the groans directed at others, especially Boston, after missed shots.

“I don’t like that,” Boston said. “That’s my teammate. That’s my brother.

“At the end of the day, I’m always going to have his back. I feel like everybody in BBN, everyone should be there for him and support him during this time because when he’s doing good, I think people are going to switch and they’re going to be supporting him. I think everybody should just stay positive with him.”

Keion Brooks is back. Terrence Clarke is out. But the path surrounding Dontaie Allen remains the most intriguing story around this Kentucky basketball team.