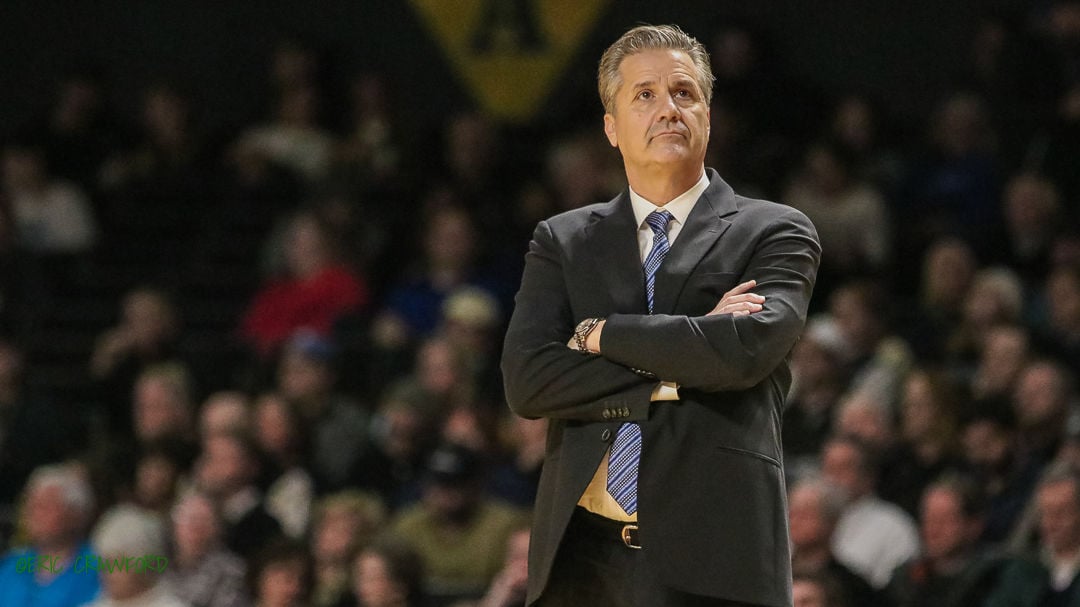 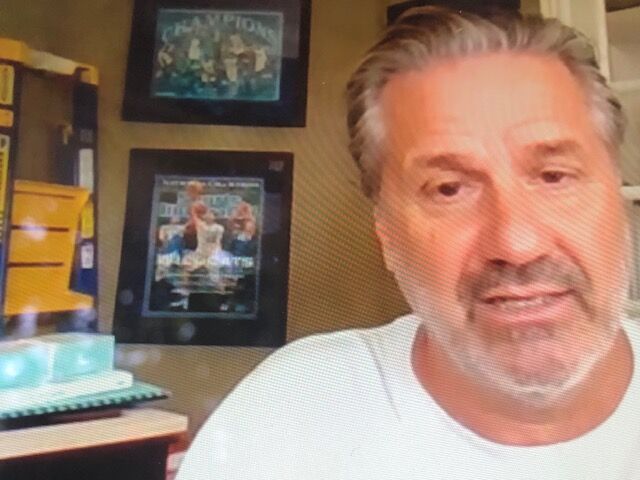 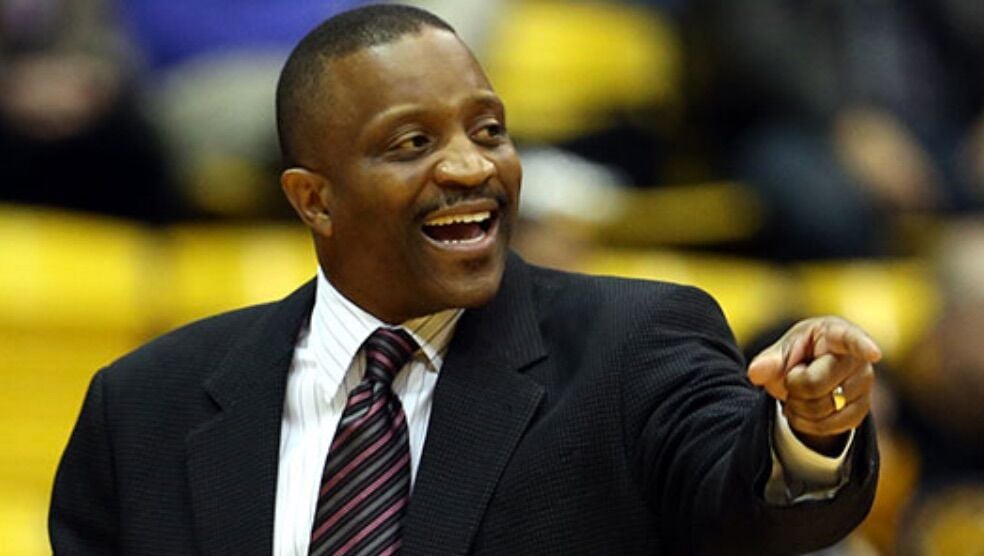 Bruiser Flint said he's ready for the recruiting scrutiny that comes with being an assistant basketball coach at Kentucky. AP Photo.

Bruiser Flint said he's ready for the recruiting scrutiny that comes with being an assistant basketball coach at Kentucky. AP Photo.

LOUISVILLE, Ky. (WDRB) -- Yes, John Calipari believes that Kenny Payne will be difficult to replace on the University of Kentucky basketball staff.

So will DeWayne Peevy, the former UK deputy athletic director.

But, yes, Calipari believes that Bruiser Flint, Payne’s replacement, can do the work.

No, Calipari does not want a conference-only schedule for the Wildcats during the 2020-21 season. Neither do his players.

Yes, Calipari believes there will be a season, despite the ongoing challenges of the novel coronavirus.

No, Calipari was not concerned by social media criticism of a picture he shared on his Twitter account that featured all of his players being registered to vote.

Great talk with the guys tonight about registering to vote and how to get their absentee ballots. This is about more than basketball! pic.twitter.com/GEYTOgjIeT

But, there was one question that did not generate a “Yes,” or “No,” response from Calipari on Wednesday during a 30-minute video teleconference.

Is Calipari in favor of changing the name of Rupp Arena?

The name change was recommended by a faculty group of African American and African studies at UK because of Adolph Rupp’s mixed record on issues of racial equality.

What Calipari said to that question was that he wanted to Kentucky to be a leader in creating diversity within its athletic department and that this remained a time to listen and learn.

But changing the name?

Calipari did not say, “Yes,” that was the correct call.

He also did not say, “No,” leave Rupp’s name on the building.

“Some people agree, some people are not going to agree,” Calipari said.

“I would tell you, again, for me, personally, knowing the (Rupp) family, knowing Herky (Rupp, Adolph’s son) like I did, what’s out there that tells me it’s something different? I’m all ears. I’m going to listen.

"We’ve just got to keep talking about it, and then you’ve got to look at this in a bigger picture of what we’re doing. I’m telling you, what we’re trying to do here on this campus and what I’m trying to do within my basketball program, the influence that I would have within athletics — that isn’t all encompassing, but I do have an influence — we’re trying to take advantage."

As for other questions about his program?

1. Calipari said that Flint was the natural pick to replace Payne, his 10-year assistant who departed for the New York Knicks earlier this month.

He did not disagree with the opinion that he has been energized by the task of replacing Payne as well as Peevy, who departed to become the athletic director at DePaul after 11 seasons.

“You try to create some fear in my heart,” he said. “And some anxiety. It’s what moves me.”

Bruiser Flint @bruflint14 was head coach of Drexel the night Kentucky won their 2000th overall victory on 21-DEC-2009.https://t.co/utEIUVVnTlOr was it? https://t.co/EfPF1er2IY pic.twitter.com/TgHSbNpT86

Payne has been one of the most acclaimed assistant coaches in college basketball. Former UK players like Julius Randle, Karl-Anthony Towns, Devin Booker and Bam Adebayo have been outspoken advocates for the work Payne did with them at Kentucky.

Payne was involved in recruiting those guys and many other first-round draft picks at UK.

But none were ranked as highly as nearly every guy Calipari has signed at Kentucky. That four-player IU group would not move the needle in Lexington.

Flint named four guys on the current Kentucky roster than he tried to bring at Indiana, including freshman Terrence Clarke and sophomore Keion Brooks. IU went 0-4. Credit that to Payne or the thunder of Calipari’s program. Blame it on the sagging state of IU basketball.

Either way, Flint’s performance will be an evaluation hot spot.

“You’re at UK,” Flint said “People talk about (recruiting). It’s part of the game now. You’ve got to deal with it.

“(Bruiser) is as good a guy as he is a person,” Calipari said. “He’s a listener.

“You have Kentucky to sell and the results (of his program) to sell.”

What is Flint’s recruiting philosophy?

“Recruit people who can play for Cal,” Flint said. “People who can take the pressure of playing for Kentucky.”

2. Calipari said that his players were against an SEC-only schedule. That’s not why they came to Lexington. They want to play in games like the Champions Classic (Kansas), Notre Dame or Louisville.

He said he had another reason to protect the non-conference schedule. His son, Brad, plays for Detroit, which is currently scheduled to play Kentucky in Rupp Arena on Nov. 13.

As a former coach at Massachusetts, Calipari said that he understood games like the Detroit, Hartford, Richmond and Cleveland State were essential financially to the survival of those programs.

The UK athletic department needs the money, too. Calipari said he did not want UK to be forced to eliminate any non-revenue sports, cost-cutting moves that have already been announced at Stanford, UConn, Iowa and other schools.

3. After coming from IU, Flint was asked if he would become an advocate for reviving the dormant IU-UK series.

Miller and Calipari are friends. That has not altered the impasse. Flint said that he doubted he could change the dynamic.

“That’s above me,” Flint said. “I don’t think that’s part of my job description.”