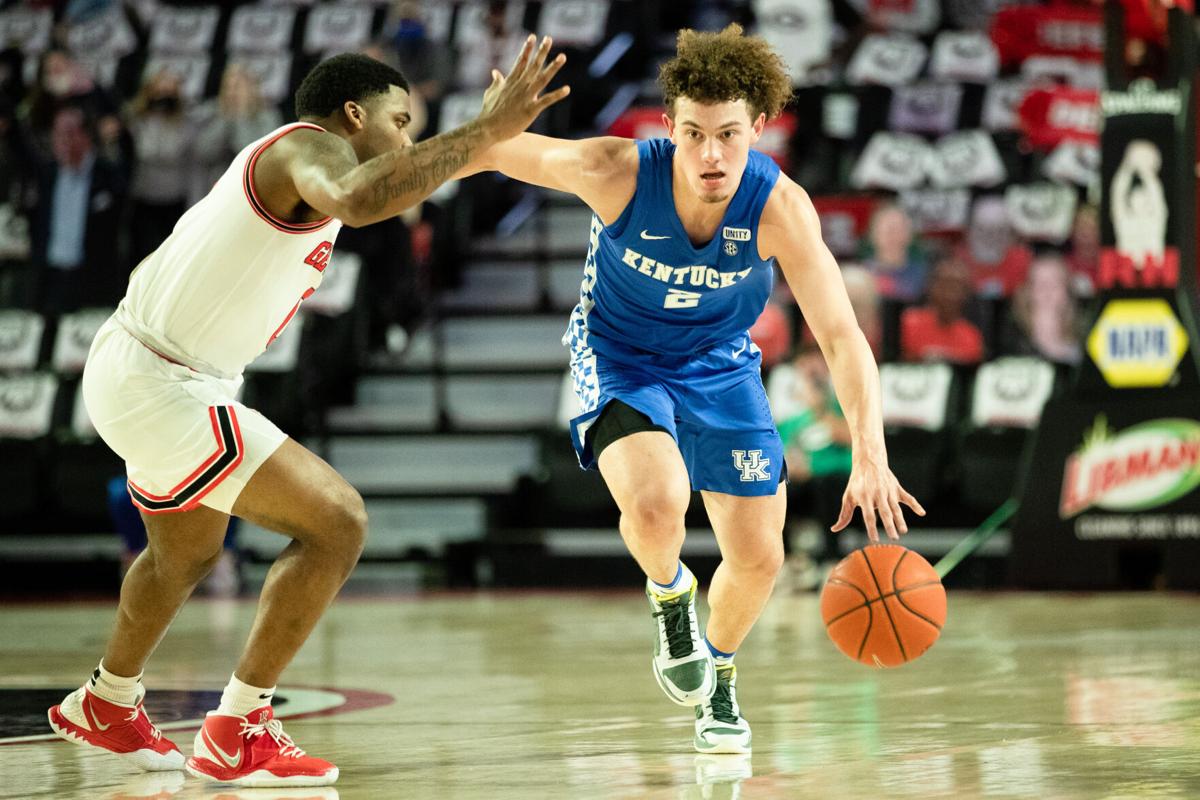 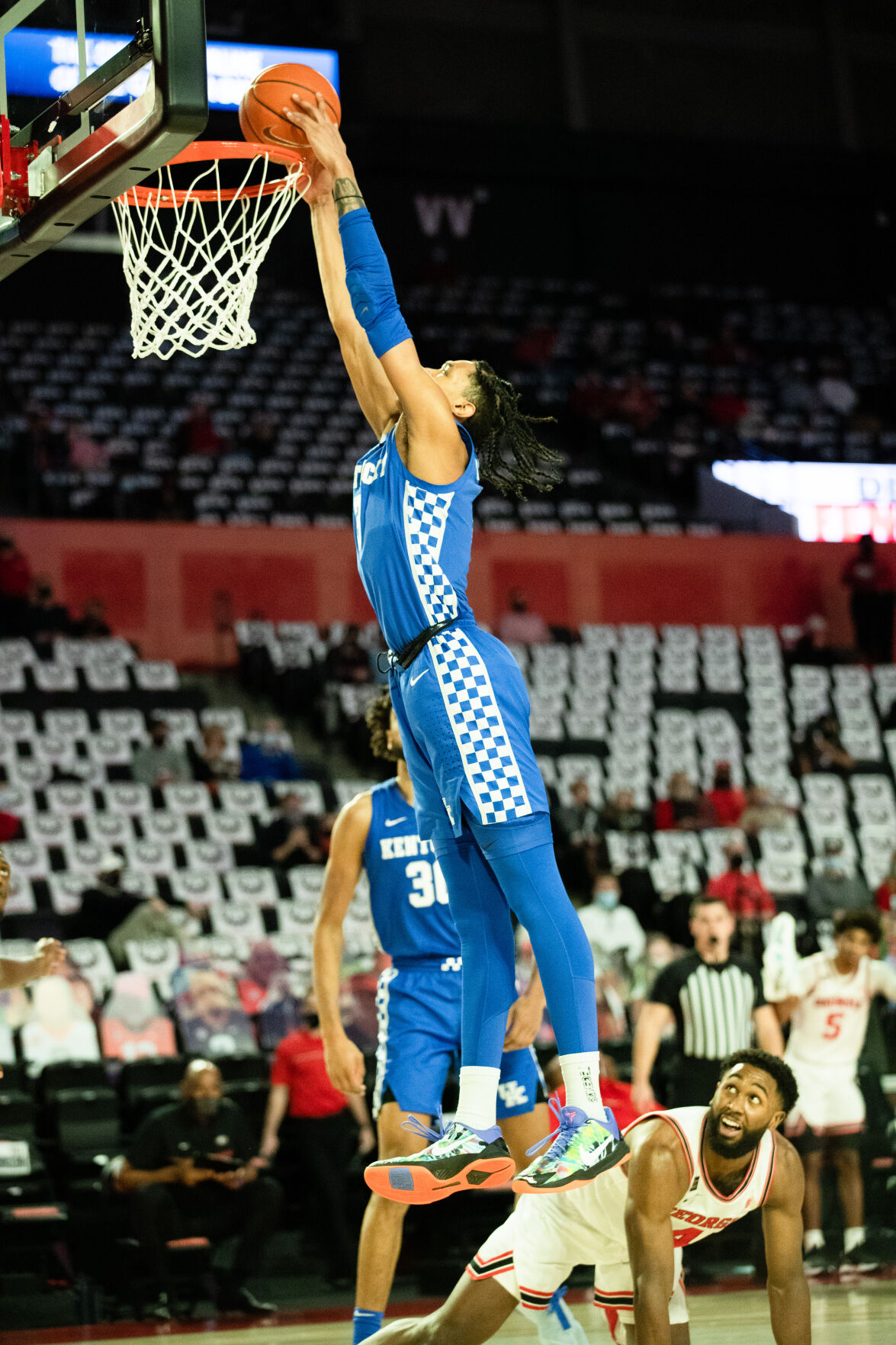 B.J. Boston dunked two of the dozen points that he scored for Kentucky at Georgia Wednesday night. SEC Photo. 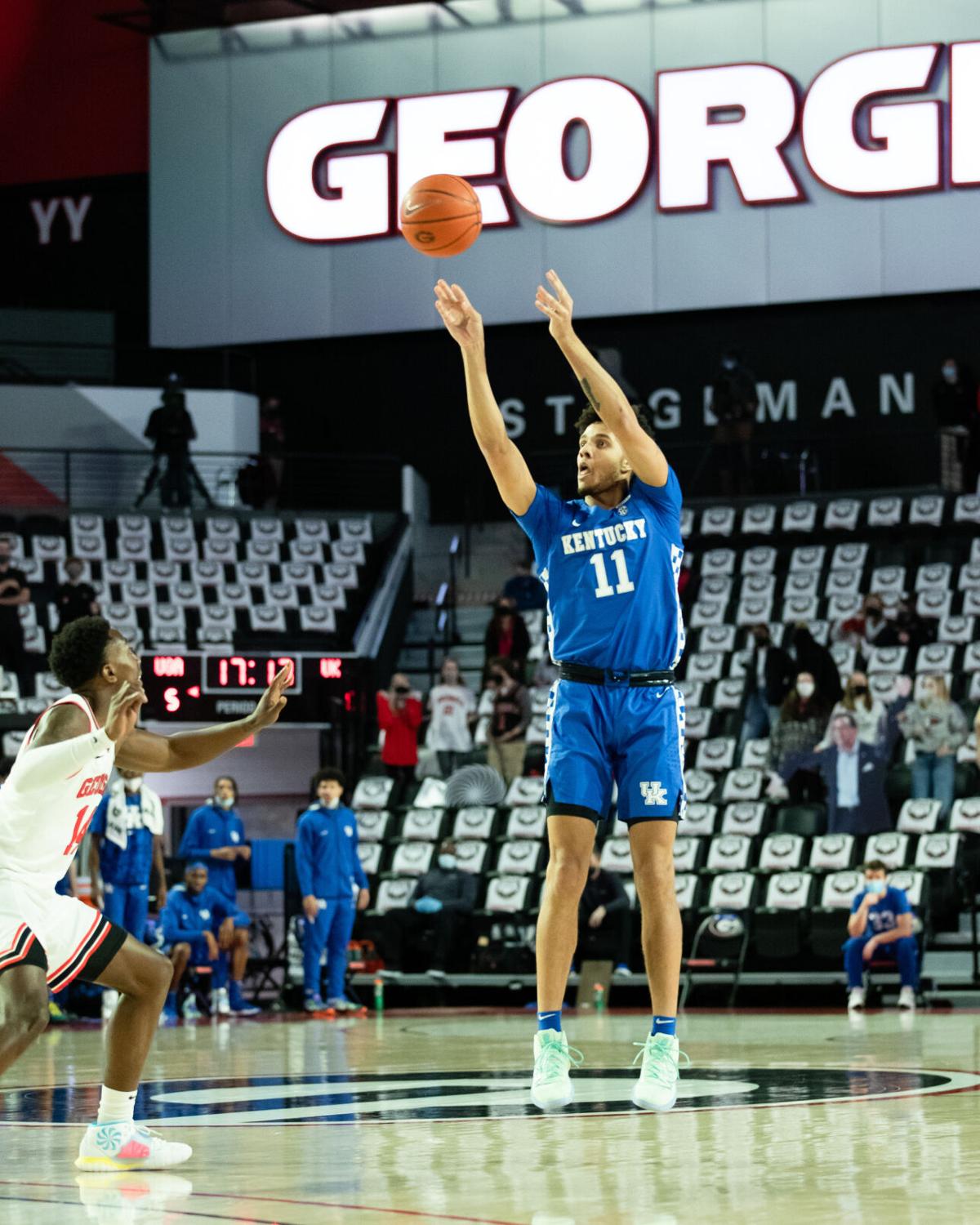 B.J. Boston dunked two of the dozen points that he scored for Kentucky at Georgia Wednesday night. SEC Photo.

LOUISVILLE, Ky. (WDRB) — The remainder of the University of Kentucky's basketball schedule is not difficult to analyze.

One message was written in bold type: Georgia was the most-winnable game on the Wildcats’ slate the next three weeks.

There would be no reason for the Wildcats to worry about LSU, Alabama, Texas or anybody else if they couldn’t go to Athens, Georgia, on Wednesday night and beat a Georgia team ranked No. 100 in the NCAA NET computer formula.

The Wildcats did not beat Georgia in Stegeman Coliseum. They lost, 63-62.

And the Wildcats did it in a brutally ugly way, blowing a 6-point lead in final two minutes.

Georgia’s P.J. Horne scored a layup on a fumbled pass with 1.3 seconds to play, as the Bulldogs scored the final 7 points and pushed Kentucky to 4-9 and 3-3 in the Southeastern Conference.

The Wildcats inbounded the ball, but a desperate heave by Keion Brooks came after the buzzer — and missed anyway. Of course, it missed on a night when Kentucky went 1 for 13 from distance. Kentucky slid to No. 58 in Ken Pomeroy's computer formula and are now projected to finish 9-16, miles outside the NCAA Tournament.

Kentucky coach John Calipari was asked if his players needed somebody to talk to about the discouraging ending and the more discouraging trend of this season.

"I need somebody to talk to me because I'm discouraged," Calipari said.

"Losing like this is tough, especially when we had a pretty good lead," Brooks said. "We gave the game away."

Calipari was perturbed about his team's lack of toughness — mental and physical. Georgia's final two baskets were layups. Can't happen.

He was perturbed about the way they failed to pursue rebounds and loose balls. He wasn't happy with the ball-handling.

"They get it inbounds, fumble it and lay it in," Calipari said. "C'mon ... the kids are respectful. They listen. They just don't hear."

"We just have too many breakdowns at times," Brooks said. "We've got to be the aggressor. We get hit a little too much."

B.J. Boston did not start. Dontaie Allen did.

Isaiah Jackson did not start. Lance Ware did.

The first 20 minutes remained a struggle. The Wildcats shooting issues flashed — again. They attempted nine shots from distance and missed all nine.

Allen. Davion Mintz. Didn’t matter. The shots did not fall for anybody.

That included Boston. He missed his only two attempts from distance in the first half but this time worked at creating other ways to score. He led Kentucky with 12 first-half points, while adding four rebounds.

Down 30-27 at halftime, Kentucky pushed its way into the lead with about nine minutes to play on a jumper by Olivier Sarr. They took advantage of Georgia turnovers and missed shots to build a 56-49 lead.

That was with 7:13 remaining. Kentucky scored 6 more points. They made two more baskets (both by Jackson) and two free throws by Brooks. Not good enough.

The final 2:02 was a searing replay of what has troubled this team all season. Georgia's K.D. Johnson made an open 3-pointer from the top of the key. UK guard Devin Askew threw the ball to Georgia but the Bulldogs missed a 3.

Boston missed a 12-footer. Kentucky had Georgia guard Sahvir Wheeler trapped near the sideline. But nobody defended Andrew Garcia. He slashed through the middle of the lane. Wheeler found him with a pass.

It got worse. Askew was fouled. He missed the free throw. Georgia rebounded. Jackson blocked Wheeler's drive with 3.6 seconds to play. Georgia ball.

Georgia timeout. Kentucky timeout. Georgia timeout. Finally, the Bulldogs ran their play. Wheeler got the ball through two UK defenders to Horne, who bobbled it, grabbed it and scored.

Three subs led UK in scoring — Boston with 18, while Brooks and Jackson had 12.

Now the schedule becomes an issue. Pomeroy’s analytics site does not forecast a victory for the Wildcats in their next five — LSU (home, Saturday); Alabama (road, next Tuesday); Texas (home, Jan. 30); Missouri (road, Feb. 2) and Tennessee (home, Feb. 6).

After disruptive threats against city employees and others, Louisville leaders target 'doxing'