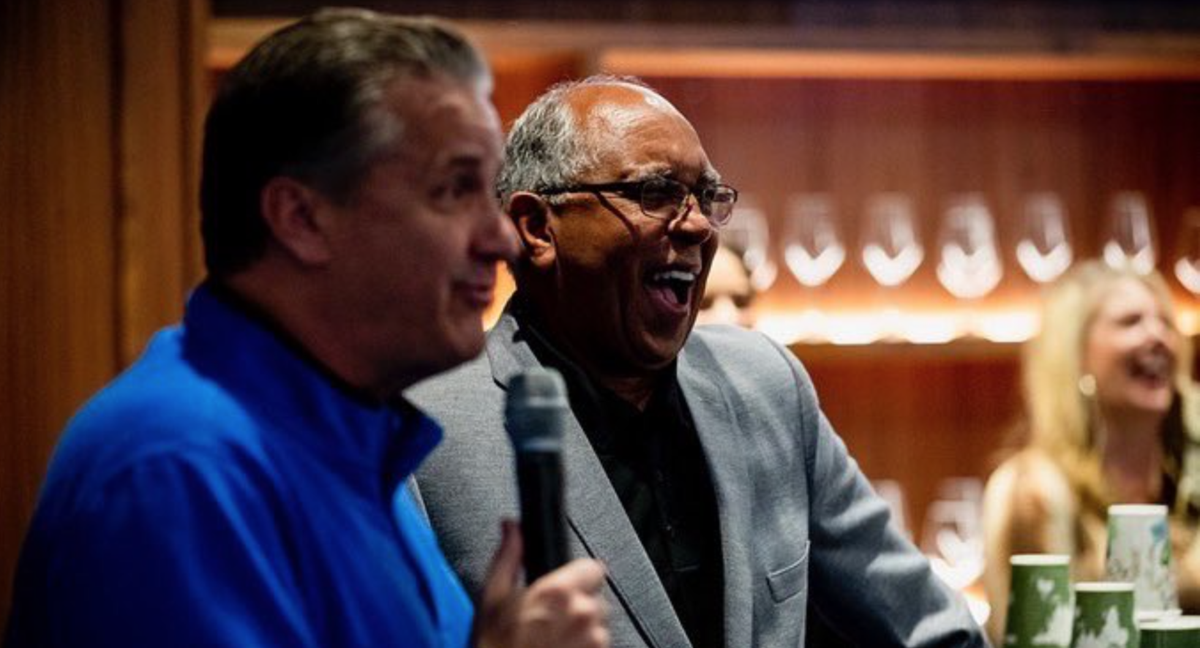 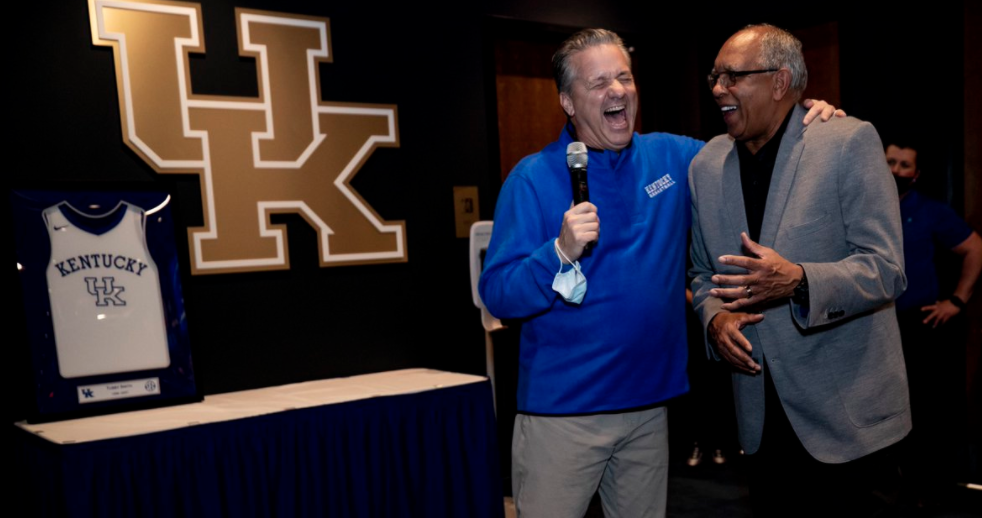 LOUISVILLE, Ky. (WDRB) -- There’s no reason to whisper or talk around the next wave of recognition that Tubby Smith deserves now that his jersey hangs in the Rupp Arena rafters between Bill Keightley and Rick Pitino.

Smith deserves his place at the Basketball Hall of Fame in Springfield, Massachusetts.

Maybe John Calipari or Dick Vitale or Pitino or somebody else with legit national juice can get that conversation moving with the people who can make that ultimate basketball honor happen. But, folks, it’s time.

Smith should not have to wait until he becomes the first coach to take six programs to the NCAA Tournament if he can achieve that with the High Point squad that he brought to Rupp Arena on Friday when Kentucky honored him for the 10 memorable seasons he coached the Wildcats.

"When you do your job and you do it to the best of your abilities, people respect that," Smith said. "I couldn't be more honored. We're really happy and pleased by the reception and having a banner raised in Rupp Arena."

High Point was no match for the Wildcats. Nobody has been the last two weeks. Two days after High Point made Michigan State sweat in an 81-68 loss at East Lansing, Kentucky thumped the Panthers, 92-48.

UK wing Kellan Grady played like the best shooter in America. Grady stuck seven of 10 three-point field goals to lead the Wildcats with 23 points. In his last four games, Grady is 20 for 31 from distance, a mere 64.5%.

"He's got an unorthodox shot, but it goes in," Smith said. "He's a very intelligent player. ... he made seven of 10. That's pretty good shooting if you're out in the gym by yourself."

The Wildcats were shooting better than 60% before Calipari emptied his bench to use 14 guys. UK finished 39 of 66 for 59.1%. They looked primed for their trip to Louisiana State on Tuesday night.

But Friday was about the unflappable Mr. Smith. He earned the love of multiple standing ovations for the determined and persistent way he handled the monstrous task of coaching Kentucky basketball for a decade.

He also followed Pitino at a time when following Pitino was like taking the stage after Bruce Springsteen or sharing a scene with Meryl Streep.

Smith delivered as the highest-profile Black head college basketball coach in America, an important step for Kentucky to keep moving forward from the days when UK and the Southeastern Conference lagged behind the other major conferences in embracing integration.

Smith won that 1998 national title with his team and his players. Yes, Pitino recruited them. But as we see every season, winning a national title is more than stacking talent.

Smith took a group that was not stacked with lottery picks and won the six games that mattered in March. In the last three games of the NCAA Tournament, Smith took down teams coached by Mike Krzyzewski (Duke), Mike Montgomery (Stanford) and Rick Majerus (Utah). That's three guys who have won nearly 2,400 games.

That was his first Hall of Fame moment. But there are plenty of credentials on his resume, like his standing as one of 50 winningest coaches of all time with 637 victories. There’s a good chance there will be more.

If Smith can direct the Panthers to the three victories they’ll need to win the Big South Conference Tournament and the automatic bid that comes with that achievement, he'll separate himself from Lon Kruger and Pitino and become the first coach to do that at six schools.

Did it at Georgia. Got the Bulldogs to the 1996 Sweet Sixteen. The Bulldogs have never celebrated a moment like that again.

Did it at Kentucky. Won the 1998 national title. Powered to three other Elite Eights. Never missed the field or slipped into the NIT in 10 seasons. The two guys who followed him at Lexington — Billy Gillispie and Calipari — both had NIT seasons.

Did it at Minnesota, three times in six seasons. The Gophers only went back twice in the eight seasons since Smith left the Twin Cities in 2013.

Did it at Texas Tech — even though he was only there three seasons.

Did not do it at Memphis — but neither has the great Penny Hardaway.

Smith will turn 71 in June. If he is going to break the record, he’ll have to do it at High Point, his alma mater, the place where he is four seasons into building his program. He donated $1 million for the construction of the Quebin Center, the school's new, 4,200-seat arena.

Smith said he still enjoys working with players, teaching them basketball and life lessons. He also joked that his wife, Donna, won't let him quit yet.

"As you get older, you want to enjoy the moment and savor the opportunities you have," Smith said. "I tell our players it's what you do from the day you're born until the day you die. ... we want to finish the journey, and then we'll make a decision."

It’s no cinch getting High Point to the tournament will happen. It’s never a cinch in a one-bid league where everything depends upon how healthy and motivated a team is during and a win-or-go-home event. High Point transitioned into a Division I program in 2000 and has never made the NCAA Tournament.

If Smith gets to six, there will be nothing left to debate. But put me in the group that believes Smith already has the necessary credentials.