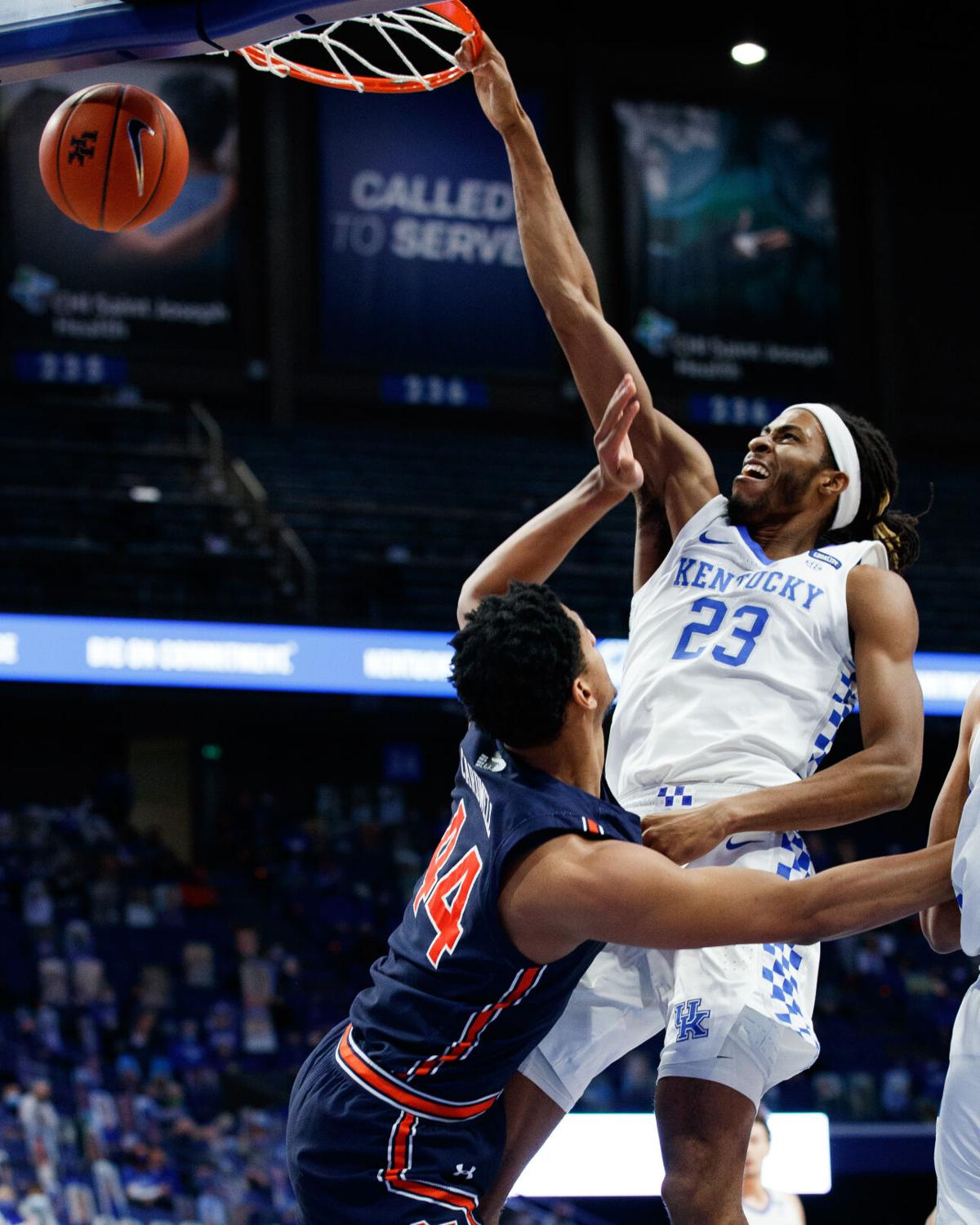 Kentucky forward Isaiah Jackson was a force on the backboards against Auburn Saturday. UK Athletics photo. 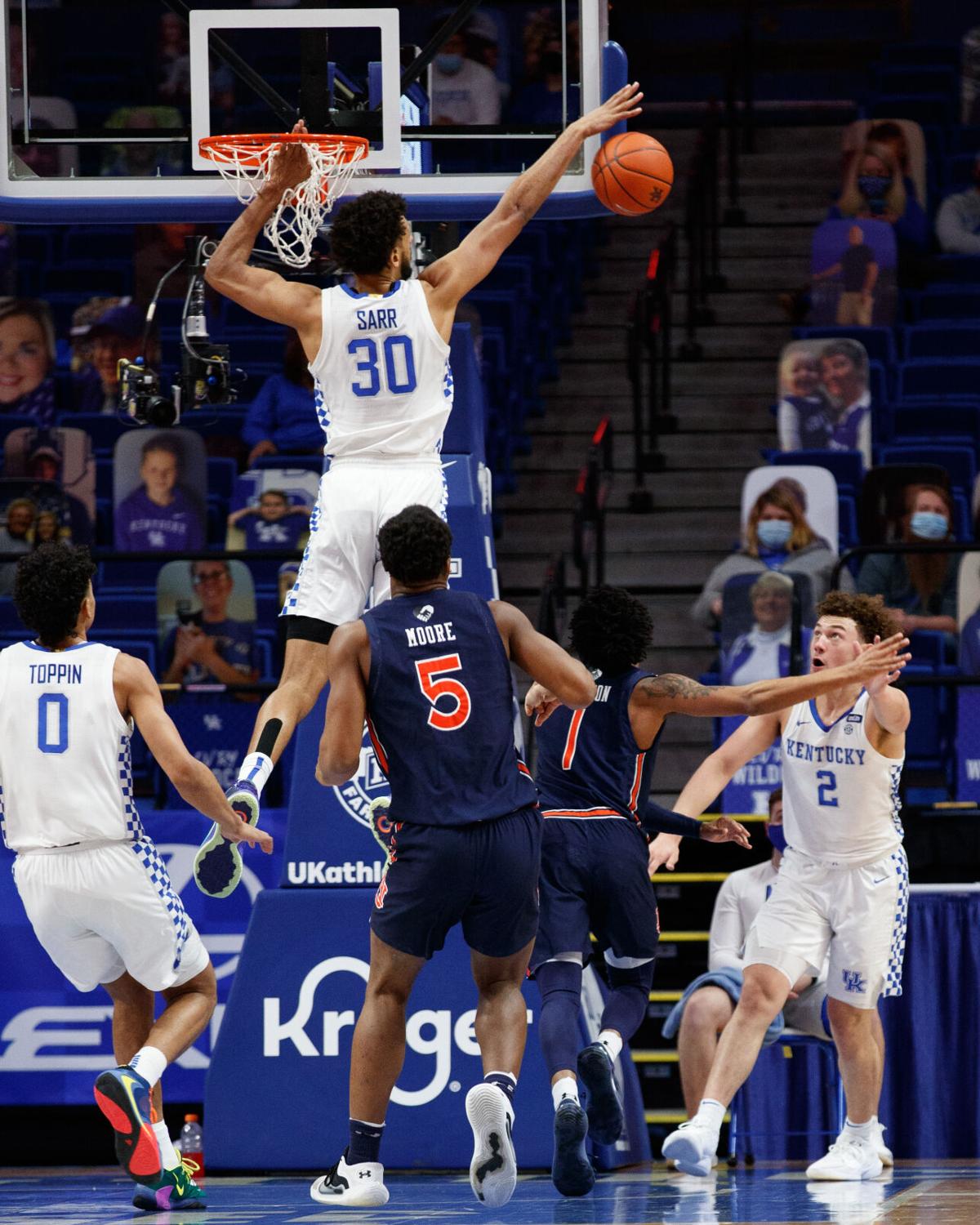 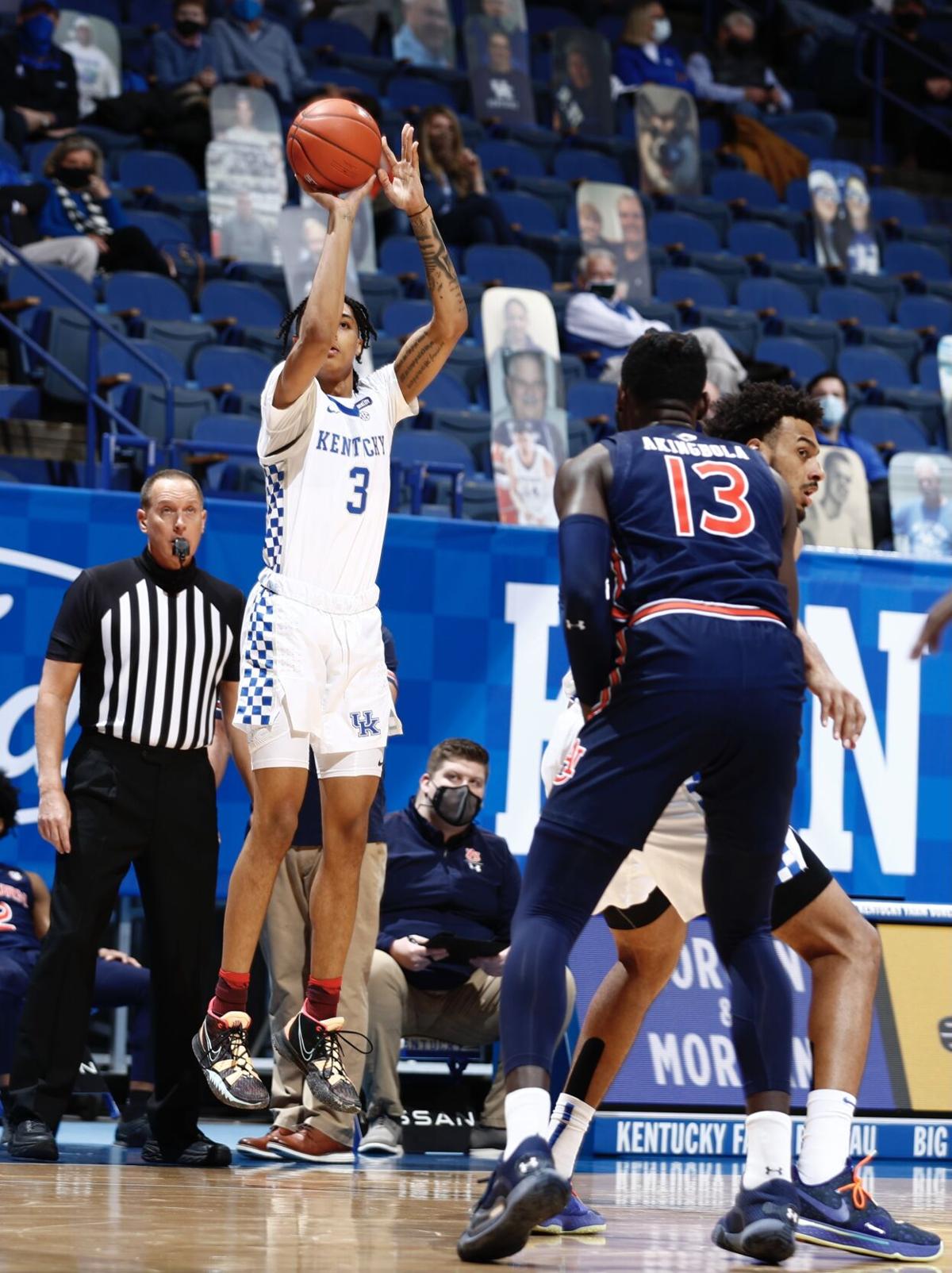 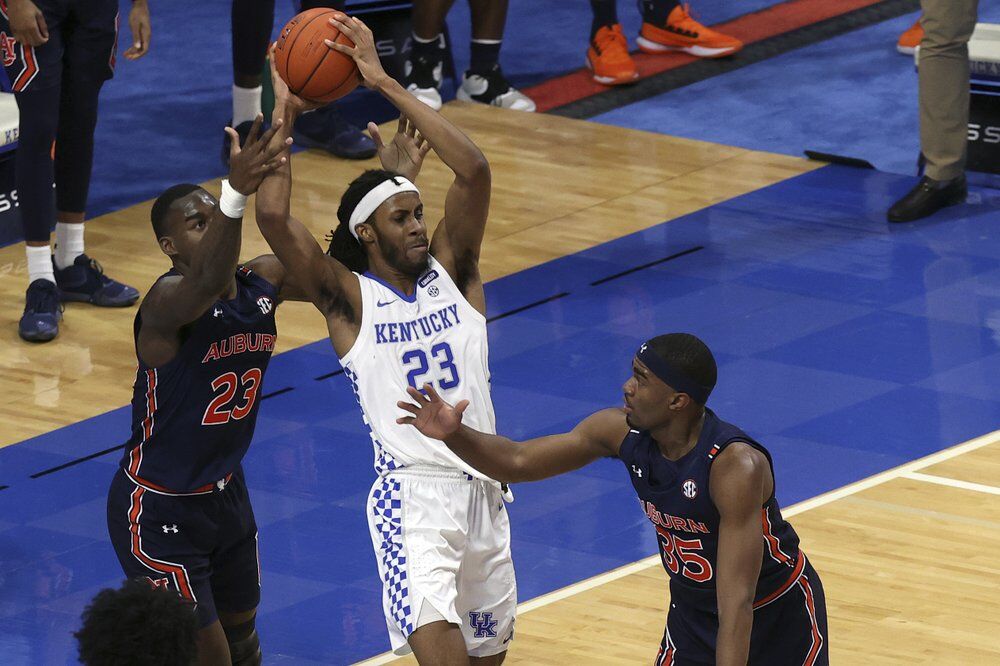 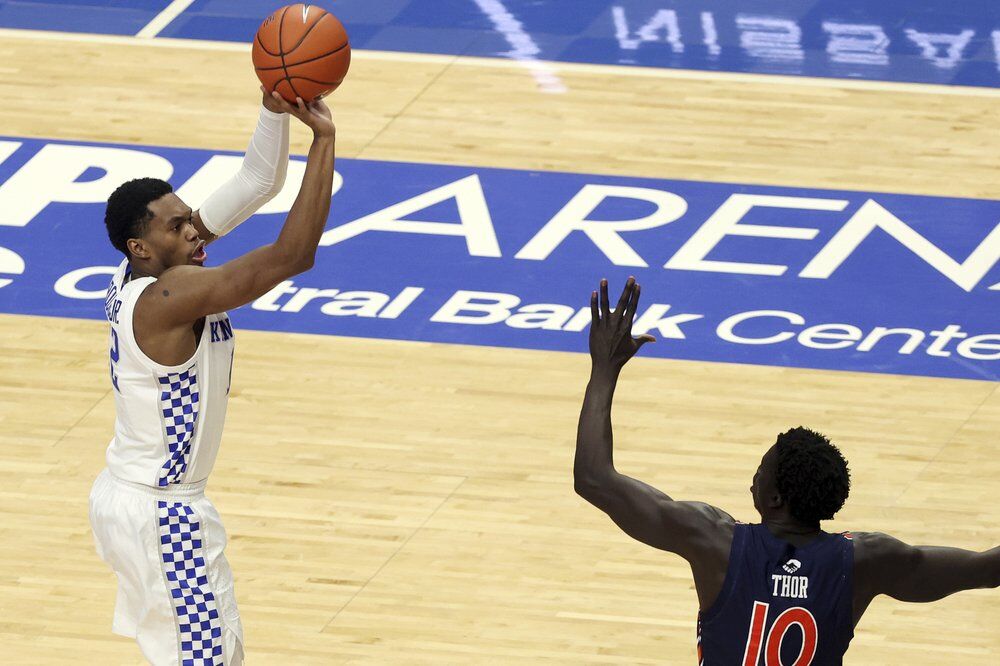 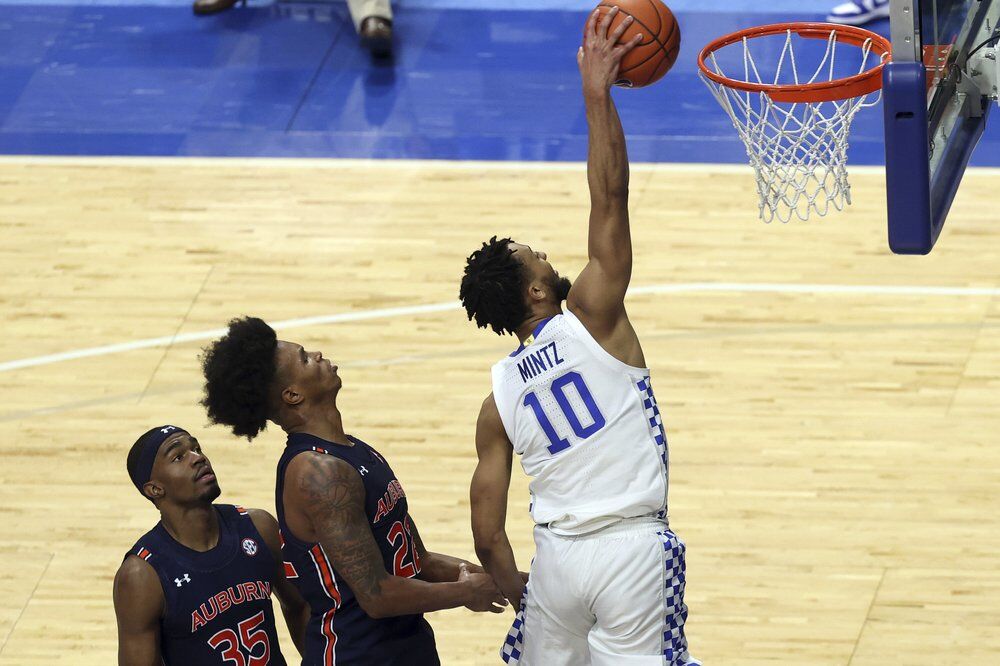 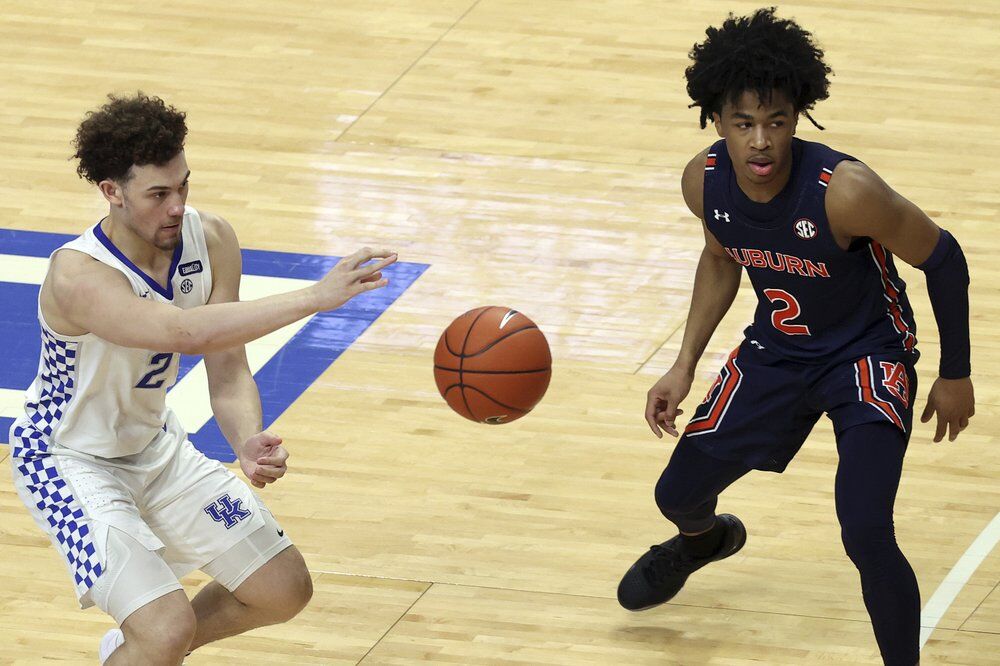 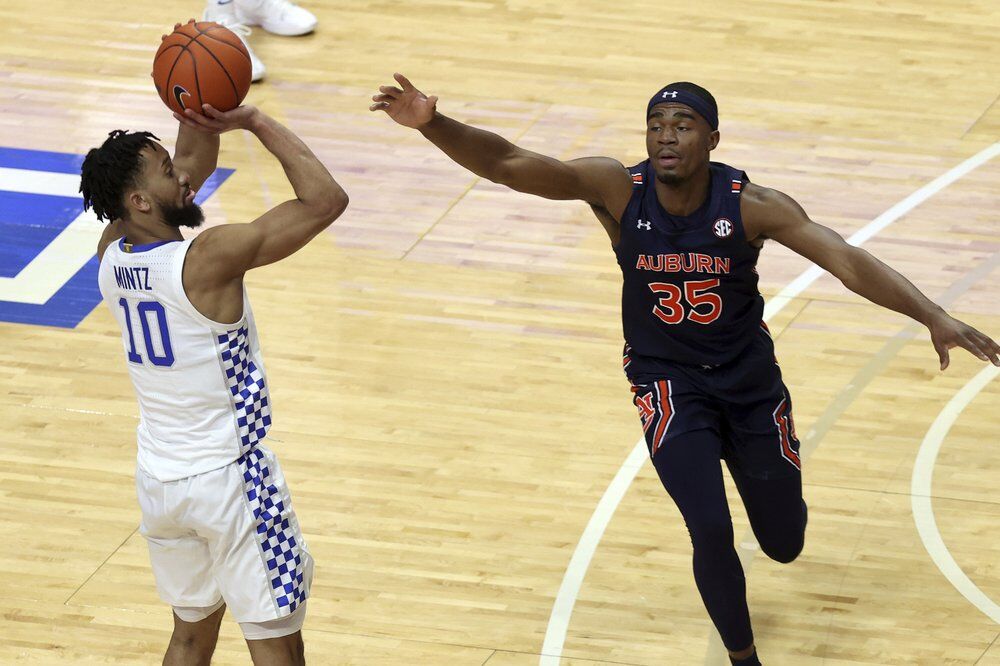 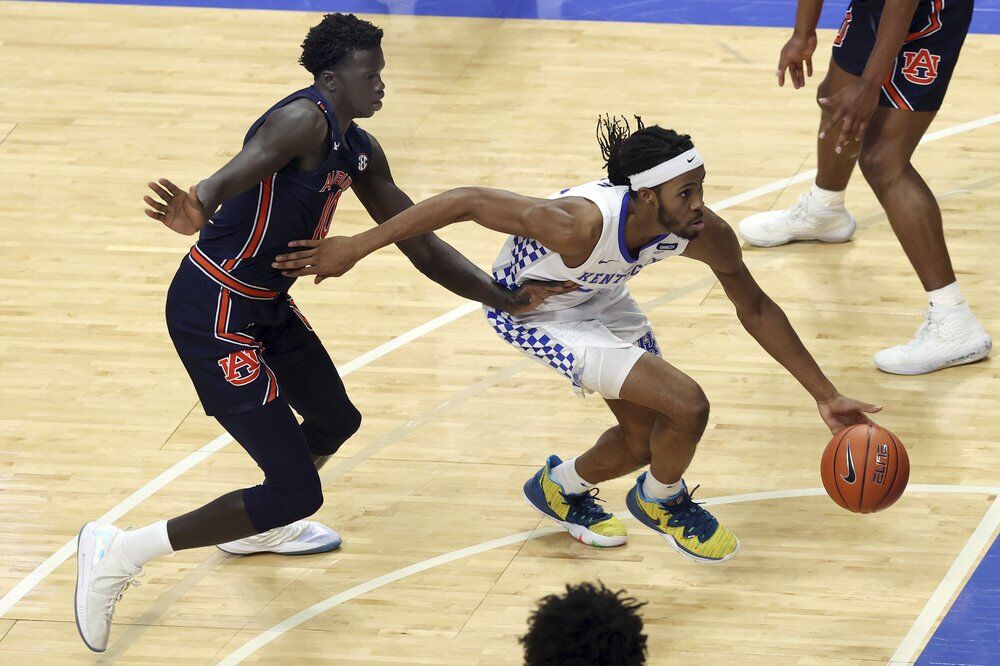 Kentucky forward Isaiah Jackson was a force on the backboards against Auburn Saturday. UK Athletics photo.

LOUISVILLE, Ky. (WDRB) — Against Arkansas, the 3-point dagger that Kentucky guard Davion Mintz made in the Wildcats' 82-80 win over Auburn on Saturday probably rims out.

Against Georgia, it clanks. Against Missouri, it thuds.

You don't have to look it up. You've seen it happen. The Wildcats have lost winnable games against Arkansas, Tennessee, Missouri and Georgia.

On Saturday, they won a losable game. Will it change the vibe of this 6-13 season? Stay tuned.

"We've been making strides for three weeks," Calipari said. "You've got to have some rewards."

They followed Calipari's script of having fun and playing with confidence over the final five minutes, a stretch that has rattled the Wildcats' in their five one-possession defeats.

Calipari said that he has tried hugs, extra work, one-on-one talks and laughter to push this puzzling team to play at its potential. He said he has advised them to attempt the impossible — avoid social media.

Apparently, Calipari has been peeking at social media. He talked like a guy who has heard many of the things people have said about the job he's done with this group.

On Saturday, he said he directed his players that he wanted them to smile.

Until the SEC Tournament arrives next month in Nashville, Tennessee, the goals are simple: Have fun. Get better. Learn how to hold leads over the final five minutes. And, celebrate some payback wins.

"Hopefully we win the rest of our games," freshman Isaiah Jackson said. "That's our plan."

Calipari’s players gave the Kentucky coach something to celebrate Saturday afternoon against Bruce Pearl and Auburn at Rupp Arena.

The Wildcats wobbled down the stretch and gave up every bit of a 14-point second-half lead. But Mintz broke a 77-77 tie with a 3-pointer with 32.3 seconds left, and Jackson blocked Auburn’s next shot to give Kentucky its 82-80 victory. They're 5-7 in the SEC, tied with Georgia for eighth place.

"This game we finally put everything together," Jackson said.

The win ended UK’s four-game losing streak and flipped the script from the 7-point loss the Wildcats suffered Jan. 16 at Auburn.

"B.J. is playing so much better," Calipari said. "And you know why? He's playing for his team."

Boston said he has reported to the practice gym for extra work on his shot at every opportunity. Boston must not be the only one. This team has been Calipari's worst 3-point shooting team at UK. But in the last two games, the Wildcats have made 50% of their 50 attempts from distance, including 11 of 24 against Auburn.

"I really appreciate (Calipari) for being on my back," Boston said.

Jackson was even better, leading the Wildcats with 18 points, 11 rebounds and a pair of blocks.

"What if we had two or three guys playing like Isaiah," Calipari said.

Behind 36-30 at halftime, Kentucky played some its best offense of the season while outscoring Auburn 25-9 to start the second half.

The Wildcats made 8 of 11 shots, including 5 of 6 shots from distance and 5 of 6 free throws without turning the ball over.

The Wildcats are positioned to build a two-game winning streak. On Wednesday UK visits Vanderbilt, which has lost eight of its nine SEC games. Kentucky is also booked to play at Tennessee next Saturday.

"I respect this group," Calipari said. "I respect what they've been through ... .

"... I want this team to finish strong and be something people talk about for the next 20 years."