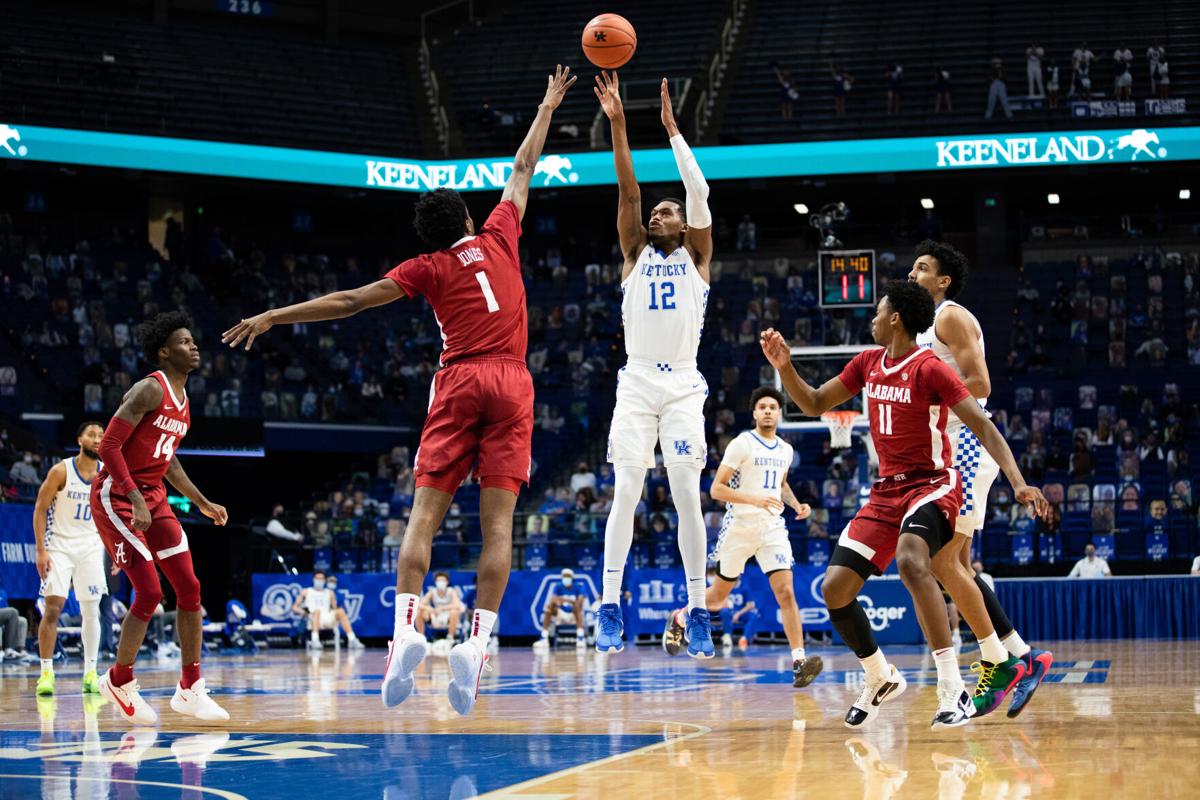 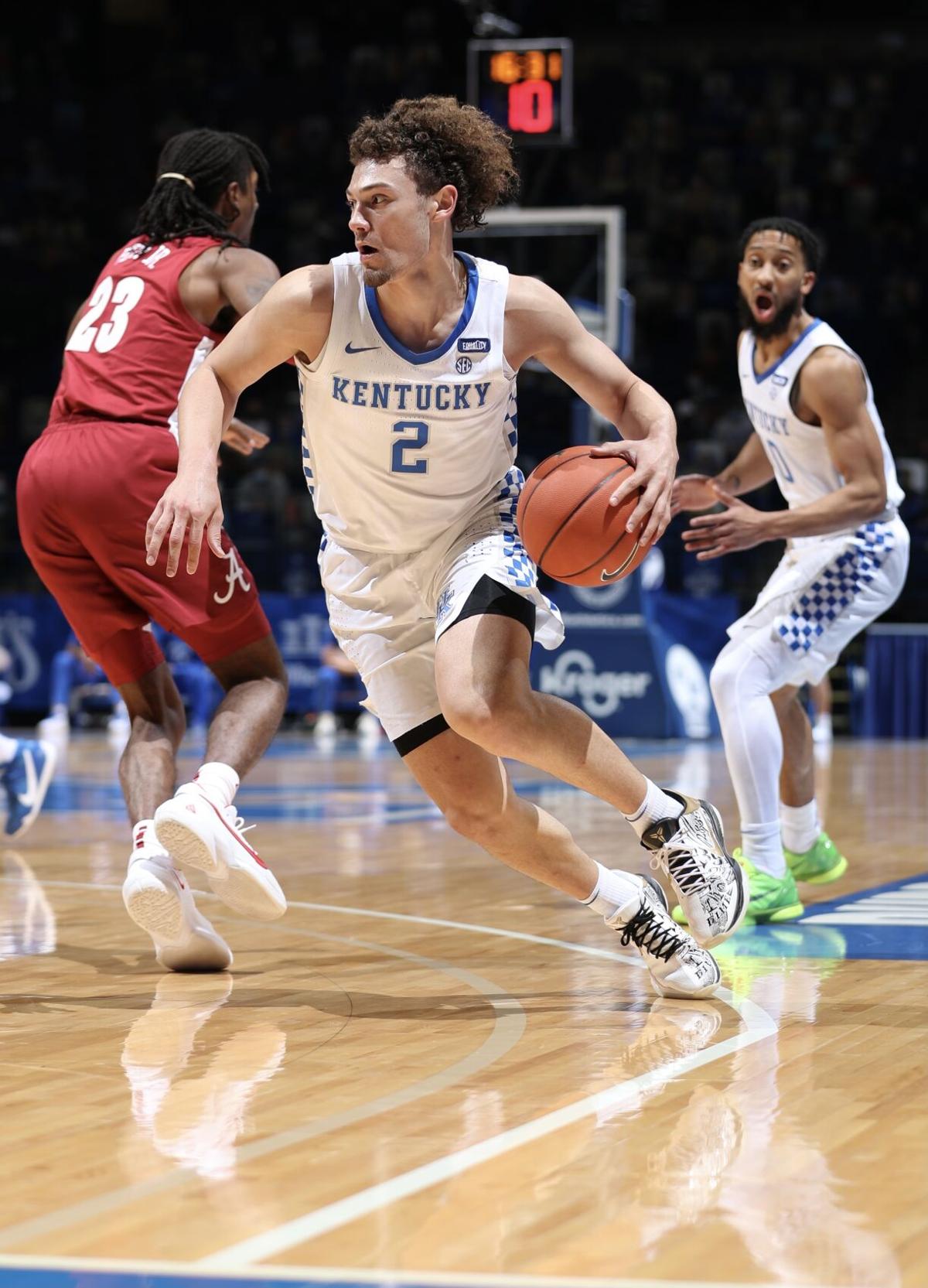 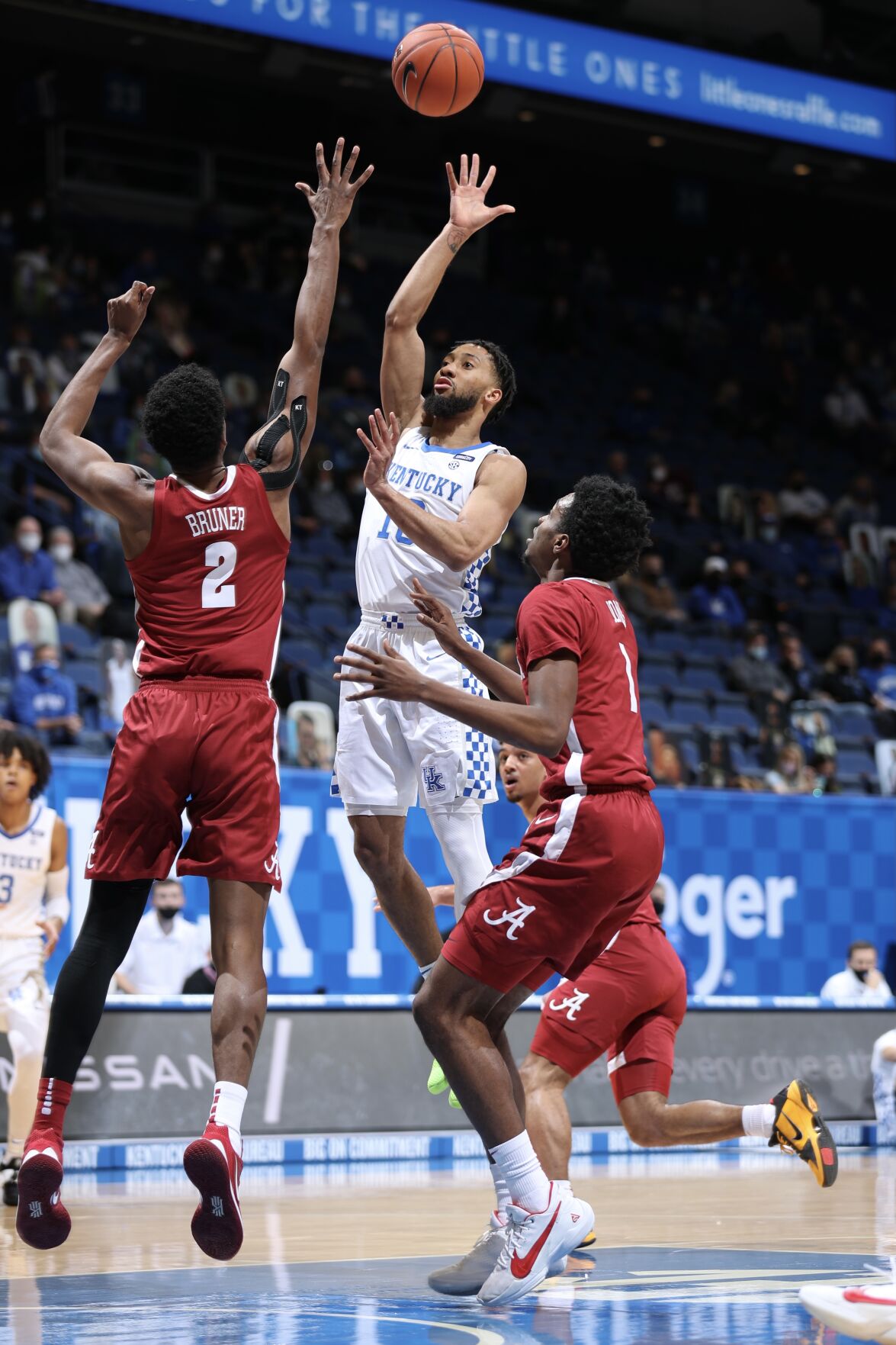 LOUISVILLE, Ky. (WDRB) -- The Kentucky basketball team does not have games to waste this season. The Wildcats’ margin of error was going, going, gone after they lost six of seven non-conference games.

Every game is an NCAA Tournament resume game for John Calipari’s team, especially a game like the one the Wildcats played Tuesday night in Rupp Arena against Alabama, the early frontrunner in the Southeastern Conference.

Alabama put Kentucky’s resume building on hold. The Wildcats never led in an 85-65 loss to the Crimson Tide.

"Not one of our guys played well," Calipari said. "I obviously didn't coach well. I'm going to find five guys who are going to fight and that's who I'm going to play."

"It was a butt-whipping, that's for sure," said UK guard Dontaie Allen.

Instead of turning a corner with their three-game SEC winning streak, the Wildcats looked like they did during those troubling December losses to Georgia Tech and Notre Dame — plagued by careless ball-handling, erratic defense and unreliable shooting.

Instead of overtaking the Crimson Tide at the top of the SEC, UK slipped to 3-1 while surprising Alabama improved to 5-0. Bama ended an eight-game losing streak in Rupp Arena, where it had not won since 2006.

Allen said it was an emotional evening for many players because on Tuesday they learned about the death of Ben Jordan, the UK baseball player who was a walk-on with the basketball team last season. The players wore warm-up shirts with Jordan's number -- 33 -- during the game.

"It's been pretty emotional," Allen said. "Everybody's trying to get through it and uplift everybody."

Alabama punished the Wildcats from the three-point line, making 14 of 30. Kentucky punished itself with 19 turnovers. Isaiah Jackson led Kentucky with 14 points. Devin Askew had 12, and Keion Brooks 10. John Petty Jr. led the winners with 24.

The Wildcats were only 4 of 18 from distance while also making less than 40 percent (17 of 43) of their two-point shots. With the loss, UK slipped from No. 43 to 52 in Ken Pomeroy's computer power formula.

This game was more of a reminder of Kentucky’s vulnerabilities than the powerful, cohesive effort they generated while winning at Florida last Saturday.

Alabama came out playing offense as if taking two-point field goal attempts were a waste of their times. The Crimson Tide tried for more quick, big plays than Mac Jones and DeVonta Smith, launching early in the shot clock. Smith and Askew both said it was like playing in an AAU game.

Alabama launched 37 shots in the first half, and 22 were from distance. They made 10, which explained how the Crimson Tide raced to a 42-30 lead.

"They were either uncontested or we were late getting there," Calipari said.

Petty made three of five from distance, which was as many three-pointers as Kentucky made in 10 attempts. Toss in 10 Kentucky turnovers as well as a 10-0 Alabama scoring run, and 10 was hardly a perfect number for the Wildcats.

The start of the second half was equally troubling. Alabama scored on its first three possessions while the Wildcats had a missed shot, a turnover, two free throws and a shot clock violation. That pushed Alabama ahead 48-32 and inspired Calipari to sub out three starters.

Consecutive road games await the Wildcats against two of the least imposing teams in the SEC. On Saturday, Kentucky visits Bruce Pearl and Auburn, which has lost all four of its league games. Next Wednesday, the Wildcats play Tom Crean and Georgia, which is 0-3.

"My hope is this is a knock-off game," Calipari said. "Alabama's good. This may be one of those where you burn the tape and don't even look at it."

"Our story's not over," Allen said.