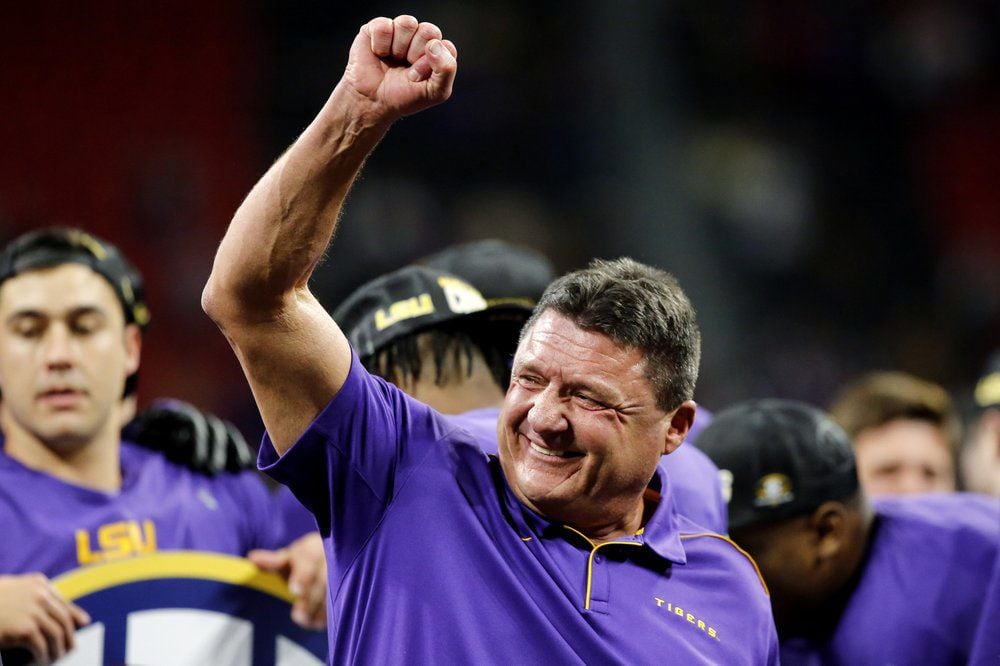 Ed Orgeron went 3-21 in the SEC in his first run as a head coach at Ole Miss. On Monday Orgeron led LSU to the national title. (C.B. Schmelter/Chattanooga Times Free Press via AP, File) 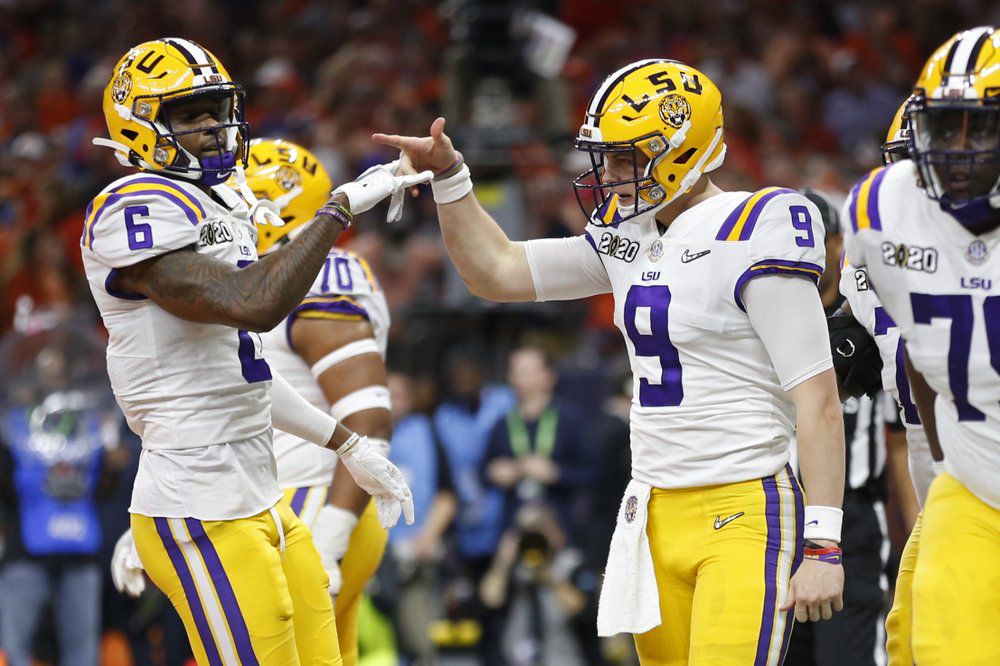 Ed Orgeron went 3-21 in the SEC in his first run as a head coach at Ole Miss. On Monday Orgeron led LSU to the national title. (C.B. Schmelter/Chattanooga Times Free Press via AP, File)

LOUISVILLE, Ky. (WDRB) -- If you made a list of the guys most likely to rescue college football from the Dabo/Saban/Urban/Jimbo Rule of the last decade, where would you have ranked Ed Orgeron of Louisiana State?

Certainly not after Orgeron was kicked toward his next job by Ole Miss in 2007.

Jim "I Make $7.5 million" Harbaugh of Michigan, Kirby Smart of Georgia, Lincoln Riley of Oklahoma and Scott Frost of Nebraska were ranked ahead of Orgeron.

Don't forget Tom Herman of Texas, who gave Orgeron his opportunity in Baton Rouge by taking the UT job over the opening at LSU.

Today Orgeron has the national championship trophy and the lifelong adoration of the Bayou. Herman has a new defensive coordinator, passing game coordinator and prime spot on the 2020 coaching hot seat.

There were lessons to learn from LSU's punishing 42-25 victory over Clemson Monday night in the college football national championship in New Orleans.

Here are my three favorite items:

1. Coaches Can Fire Back From a Firing

Don't forget three seasons at Ole Miss where Orgeron's record in the Southeastern Conference was 3-21 -- one game worse than Joker Phillips' 4-20 record at Kentucky.

He got another opportunity at USC and won six of eight games as the fill-in for the fired Lane Kiffin. That voice, that body and that vocabulary was never going to play in Los Angeles. USC hired Steve Sarkisian -- and later doubled own with Clay Helton.

At that point, Orgeron was 52 and had all the baggage of a career assistant. That's what he was going to be -- until Les Miles tanked at LSU and Herman decided competing against Oklahoma at Texas was a smarter play than battling Saban and Alabama at LSU.

You know the Burrow Story. Ohio kid who grew up wanting to play for Nebraska, like his father and older brothers.

The Cornhuskers had other plans, sort of like Virginia Tech and Seth Greenberg other plans for Steph Curry.

Ohio kid who deferred his dream to play for his homestate Buckeyes. Got his scholarship but never really got his shot because Ohio State was gaga about J.T. Barrett, Dwayne Haskins, Tate Martell, Justin Fields and Winnie the Pooh.

In Orgeron, Burrow found a coach who understood the motivation that comes with being rejected. This season Burrow delivered one of the most prolific seasons any college quarterback has delivered.

And, for the record, this was the ranking of the top 7 dual threat quarterbacks from the Class of 2015 by 247Sports.com, when Burrow was a high school senior.

1. Jarrett Stidham, who signed with Baylor and transferred to Auburn.

2. Kyler Murray, who signed with Texas A&M, transferred to Oklahoma and won the Heisman Trophy.

3. Brandon Wimbush, who signed with Notre Dame and transferred to Central Florida.

4. Travis Jonsen, who signed with Oregon and transferred to Montana State.

5. Jauan Jennings, who signed with Tennessee and moved to wide receiver.

6. Sam Darnold, who signed with USC and jumped to the New York Jets at the first opportunity.

Oops. There is one other quarterback from that class I must mention. Lamar Jackson. He was ranked the ninth-best dual-threat quarterback.

The Louisiana State offense put 628 yards and 42 points on Clemson Monday night. That is the most yards any team gained on Clemson since Florida State rolled to 667 in September 2012.

It was the sixth time in 15 games that LSU generated at least 600 yards this season.

Orgeron changed. He changed offensive coordinators. He turned Burrow loose. He dropped the meat-and-potatoes philosophy of winning with running, defense and pure power. He trusted the skill and the daring of his offense.

Good for him. Great for college football.

LMPD officer fired over tasing incident sues to get job back