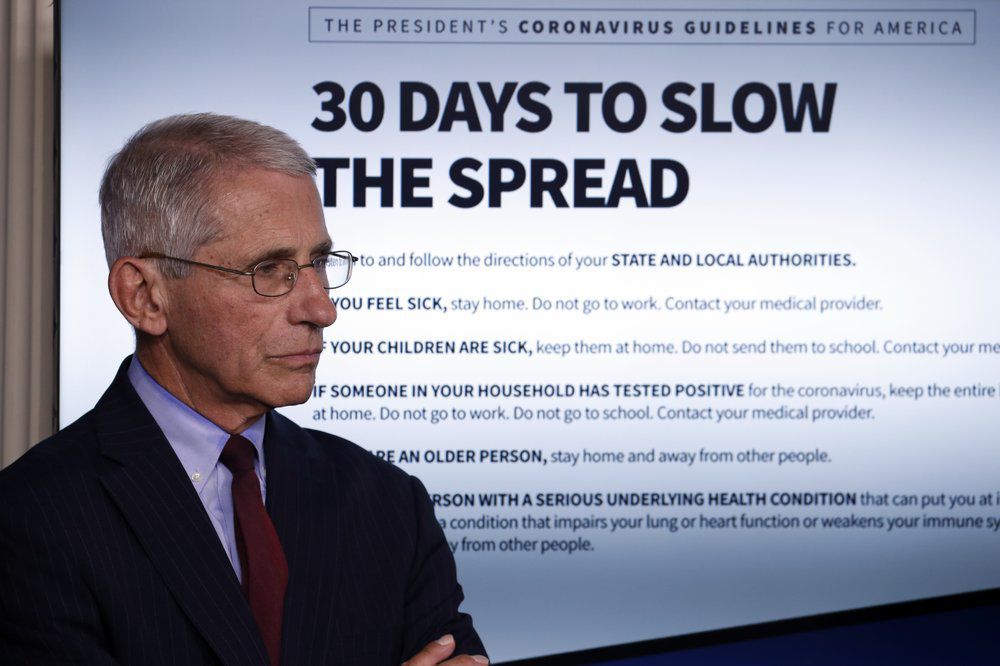 Dr. Anthony Fauci, director of the National Institute of Allergy and Infectious Diseases, listens as President Donald Trump speaks about the coronavirus in the James Brady Press Briefing Room of the White House, Tuesday, March 31, 2020, in Washington. (AP Photo/Alex Brandon) 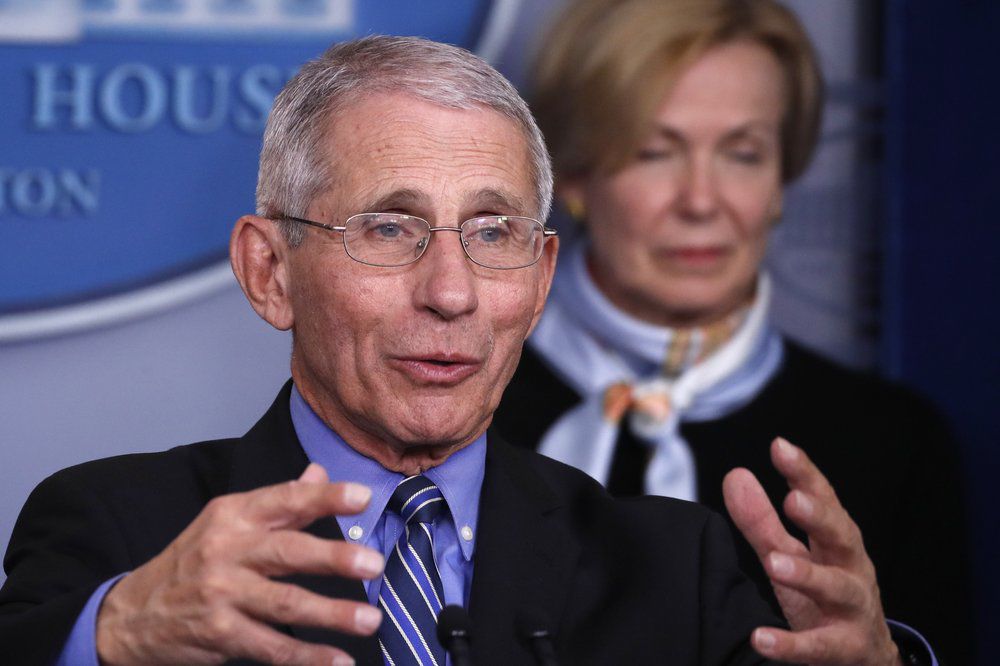 Dr. Anthony Fauci, director of the National Institute of Allergy and Infectious Diseases, listens as President Donald Trump speaks about the coronavirus in the James Brady Press Briefing Room of the White House, Tuesday, March 31, 2020, in Washington. (AP Photo/Alex Brandon)

No more novel coronavirus questions for college football coaches, at least not about the when, where, how and, especially why of lifting the ban on returning to essential items of daily life — like getting players back into the practice facility.

Let’s let Dr. Anthony Fauci make that call. Football coaches can laser focus on the life-and-death struggle of how to defend the fastest RPO.

Dr. Fauci, the director of the National Institute of Allergy and Infectious Diseases, is my coach. He is the one that taught me that coaches do not make the timeline. The virus makes the timeline.

That will remain my position even after you remind me Dr. Fauci likely does not make as much money as Dabo Swinney of Clemson, Mike Gundy of Oklahoma State, Lincoln Riley of Oklahoma or any other coaches who have been squawking that we gotta have football.

This is final minute or so of what Gundy said during his teleconference Tuesday, even before he received a question:

“But at some point, we got to go back to work, we gotta get these guys back in here. Once the medical people say, ‘Look, we can test you. We feel comfortable about this.’ I'm thinking at that time we're going to feel better about drugs that can fight it for the ones that do get it.

“But from what I read, the healthy people can fight this. The antibodies make it better. They're doing some blood transplants now with people that have already gotten the disease that have gotten over it that have the antibodies that can fight it. So, there's a lot of smart people that are going to figure this out. May 1’s our goal. I don't know if it'll happen. Players come in soon after that.

“So, if you're wanting to know, that's what the goal is here for Oklahoma State football. After that time, we're all going to try to stay as healthy as possible. So that was my 20-minute opening comments. If you guys have any questions, you can fire away.”

Coach Gundy was not the only person who spoke Tuesday. Coach Fauci also spoke. In fact, he also did about 20 minutes on Wall Street Journal podcast titled, “How Life Returns to Normal.”

This is part of what Fauci said:

“You’re going to have confidence that in areas like New York and New Orleans and others, that not only have you plateaued and stabilized, but you’re coming down.

“I don’t think you need to get down to zero before you can start contemplating, gradually, relieving some of the restrictions. It isn’t like a light switch — on and off. It’s a gradual pulling back on certain of the restrictions, trying to get society a bit back to normal.”

Then he was asked that after talking about flattening the curve and slowing the spread of the virus, how far on the other side do we need to be before we start pulling back on these restrictions.

This is what Dr. Fauci said:

“You know it really is almost the kinetics of the curve. You have to see a really steep decline on a day by day basis. What you don’t want to see is a little saw-toothed, up-and-down, up-and-down that looks like it might be trending down.

“And when you see that, you can start thinking about that. But you gotta make sure you’re absolutely going in the right direction.”

He also said this:

“When you gradually come back you don’t jump into it with both feet. You say, ‘What are the things that you could still do and still approach normal?’

“One of them is absolute, compulsive hand-washing. The other one is you don’t ever shake anybody’s hands. That’s clear.

“The other thing is that depending upon your status, the possibility that when you are in a group of people that you can’t avoid the six-feet limit and you can’t stay out of the (no groups of more than 10) that you might want to wear a cloth face protection, better known as a mask.”

Not a helmet. Not a chinstrap. A mask.

Does that sound like a locker room environment to you?

I’ll pause for a timeout here to note that Mike Gundy also said a string of uplifting things. About how people in Oklahoma are pulling together. About ways that people have changed their way of life to help each other.

About the steps OSU has taken to keep employees safe. About how his staff has worked to stay connected to its football players.

I get it. Guys like Gundy, Swinney and Riley are ultra-competitive people who are not accustomed to the strange pace of living outside the arena.

They’re not bad guys. They’re just not the guys who should have any say in making this call.

It’s a call for immunologists like Dr. Fauci. Coaches don’t need to play the verbal bullying, peer-pressure game of convincing their athletes to return to practice facilities with the line that they’re young and healthy.

Plenty of young and healthy people have been taken down by this virus. This isn’t a rub-dirt-on-it and you’ll be fine moment.

The optics of gathering 85 unpaid college football players so they can be drilled by a $5 million coach at a time when a world is trying to determine if we have moved to the winning side of a pandemic are awful.

The football coaches can spend their extra time figuring out how to attack the two-deep zone or uncovering the best 7th grade quarterback. Getting back to normal in the sports world shouldn’t be their call.