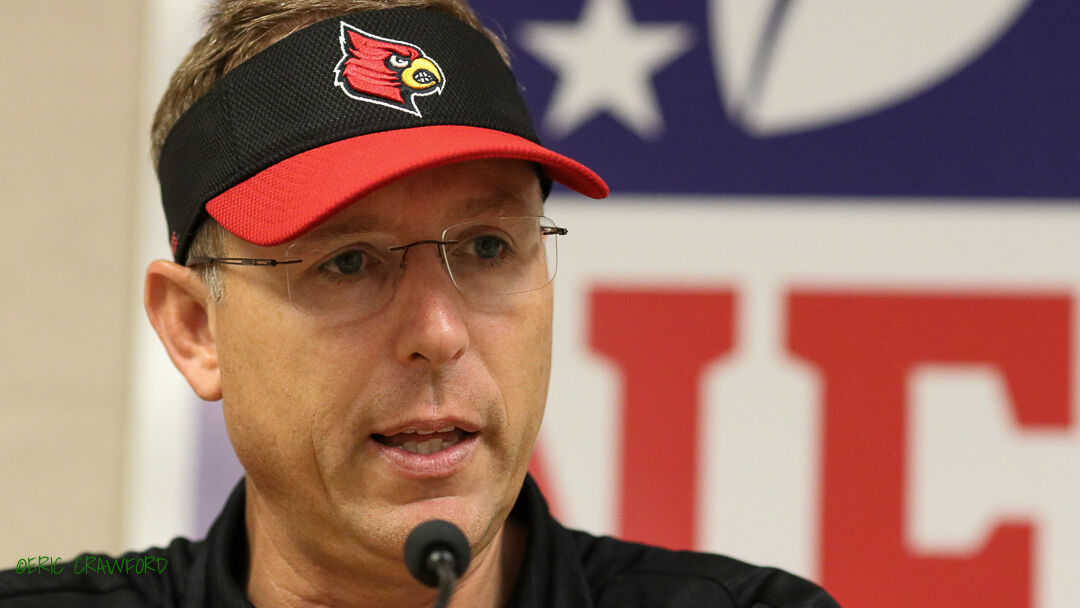 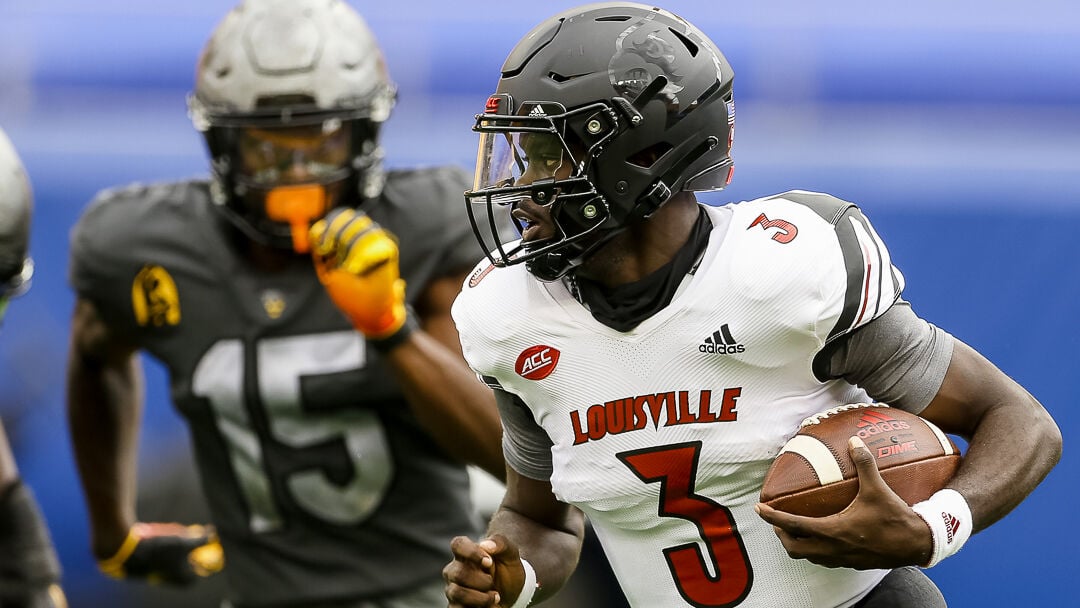 LOUISVILLE, Ky. (WDRB) -- A week ago, after the University of Louisville football team added a loss to Notre Dame to the first three the Cardinals suffered, it was reasonable to wonder if Scott Satterfield’s team was at risk of losing five, six or seven in row.

Then the Cards flattened Florida State, 48-16.

Now a reasonable person can look at the Cardinal schedule and wonder if Satterfield’s team is positioned to finish the season by winning three, four, five or even six in a row.

Make a note that Louisville is listed as a 3 1/2-point underdog for its home game against Virginia Tech this weekend.

After that, ESPN’s Football Power Index tilts toward the Cards against Virginia, Syracuse, Boston College and Wake Forest, four teams with a combined record of 9-13.

The Cards are not scheduled to play another ranked opponent this season. According to ESPN’s FPI, Louisville is ranked 40th. Tech is No. 19. But Wake is 44th, BC is 58, Virginia 64h and Syracuse 98th.

“All these teams can beat anybody. Whoever shows up, whoever's got the best week of preparation, and then goes out to that game and shows up will win the game. It's simple as that.

“It doesn't matter what the records are. You can go back and look at any of these records. A team that's undefeated or a team has got one win, it doesn't matter.

“There is just one team that is head and shoulders above everybody else, which is Clemson. Everybody else in this league, anybody can beat anybody, and it depends on preparation and who's showing up.”

Make no mistake: Against Florida State, Louisville played like a group with more confidence and grit than the Cards showed against Pitt or Georgia Tech. But after turning the ball over three times in each of its first three defeats, Louisville had one interception and no fumbles against Notre Dame and Florida State.

Satterfield said the coaching staff reinforced Self-Discipline 101. Be on time. Do your work in the weight room. Get your treatment for injuries. Study the game plan. Satterfield said his team needed work on the basics.

Against Notre Dame and Florida State, the Cardinals looked more like the team that won eight games last season and was predicted to deliver more wins than losses this season.

“We just kept doing the things that we thought were working in practice and in our preparation, and it's starting to show up a little bit on game day,” Satterfield said.

“And then, you start getting some confidence, and when you get confidence in this game, it goes a long ways and guys think they can do things. And you even play a little bit better than what you probably are.

“The last couple of weeks, our guys have gained a lot of confidence. Notre Dame game, we didn't win, but we got confidence in that one, and then this past weekend.

“Every day you start thinking, 'What can I do to get better?' And it just starts snowballing in a positive way. And hopefully that's what we're doing. We're kind of right in the middle of it right now and, we got a lot of tough games ahead. Any of these teams can beat you. There's no question about it, and you got to show up.

“But I like the way our guys are preparing. I like where their minds are at right now, and we continue that for the next six weeks, hopefully a lot of good things happen.”

Ohio man arrested for apparent road rage shooting on I-71, near Campbellsburg