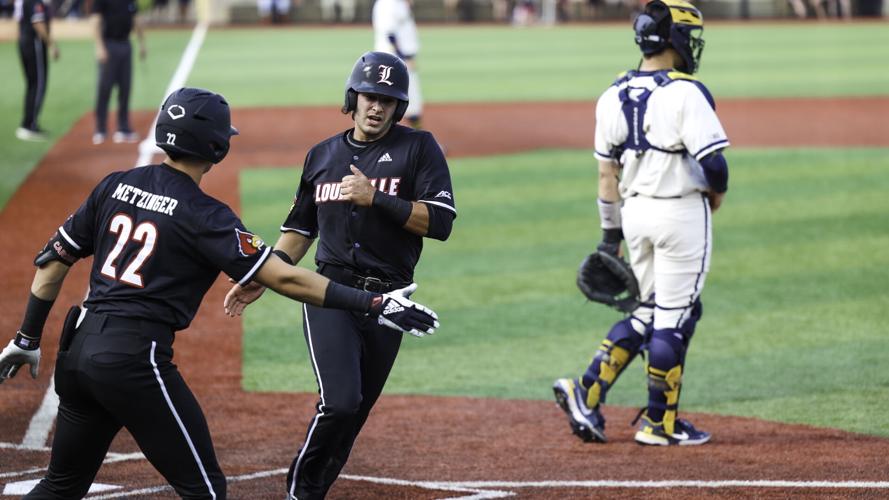 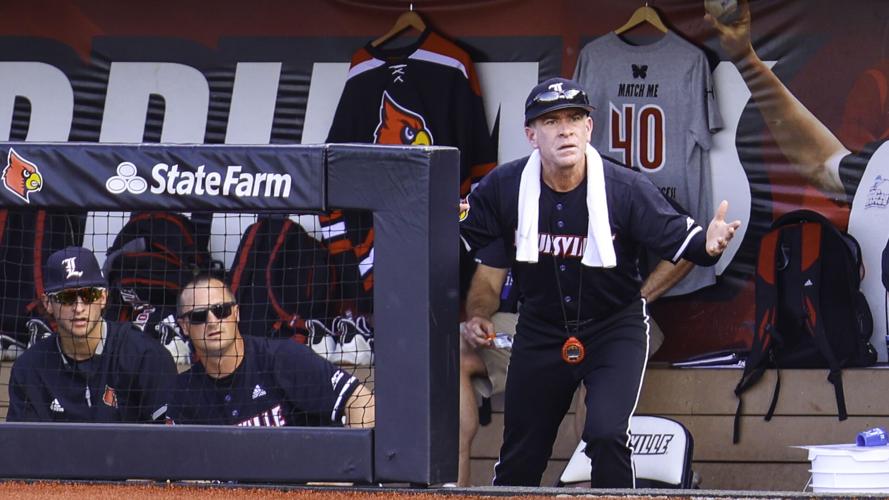 That’s more than a line that Joe Garagiola rode to a 1960 New York Times best-selling book and Hall of Fame broadcasting career.

It’s a line that University of Louisville coach Dan McDonnell can echo after his team survived a pair of elimination games Sunday as the Cards defeated Oregon 8-5, and then Michigan 20-1 at Patterson Stadium — to earn yet another elimination game against the Wolverines Monday at noon in the NCAA Baseball Tournament.

"You get your butt kicked in this game," McDonnell said. "There's a reason it's double elimination. Anybody can beat anybody. One game can't eliminate you."

On Saturday, McDonnell’s team failed to hit in the clutch and turned 10 hits into only three runs in a 7-3 loss to Michigan.

On Sunday, they turned four singles, three doubles and two home runs into eight runs to eliminate the Ducks in a game that began at noon.

Then, they took advantage of shaky Michigan pitching to hang seven runs in the first two innings of an easy victory.

“I thought we were a little tight in the first two games and we addressed it with the hitters, right?” McDonnell said during an in-game interview.

“You get a couple of hits, a couple of two-out hits and everybody can relax and just play the game.

“This game’s not easy but there’s a balance between playing hard and just staying loose and relaxed and having fun.”

The Cardinals and Wolverines will do it again Monday in a game that was shifted from 6 p.m. to noon because of an unfavorable weather forecast. The winner will advance to the Super Regional next weekend, likely at College Station, Texas, against Texas A&M (which still needs another win to eliminate TCU). The loser will turn in its uniforms and equipment bags.

The Cards were not ready to turn anything in Sunday, especially in their rematch against the Wolverines. Levi Usher and Logan Beard both singled home two runs in the first inning. Ben Metzinger launched a two-run homer in the second. Cameron Masterman also delivered a two-run home run in the fourth.

"We were very comfortable the whole game," Masterman said. "Mentally, I think we were just more relaxed."

Ball game, especially with starting pitcher Riley Phillips striking out 11 of the 17 Michigan hitters that he faced over 5 innings of 2-hit baseball.

"If a guy is dealing it's so much easier to hit," Masterman said.

Phillips, of course, appreciated the runs.

"It takes a lot of weight off your shoulders," he said. "We appreciate it if we get ahead early. You can pound the strike zone, don't give them any free ones (walks), make them earn it."

The Cards and Wolverines have now played five games this season. The Cards have won three.

So the Cards are the better team, right?

Louisville had the best record in the Atlantic Coast Conference, earning the No. 12 seed in the NCAA Tournament and the advantage of hosting this regional.

Michigan split its 24 Big Ten games, losing series to Purdue and Indiana. The Wolverines finished fifth in the league and would not be playing this weekend if they had not won the conference tournament.

None of that matters, of course, because baseball is a funny game.

McDonnell’s team will have to prove it Monday. Neither Michigan coach Erik Bakich nor McDonnell would say which pitcher they planned to start. Bakich saved his top six pitchers for the assignment. McDonnell said that the culture of his program is that every pitcher is likely to volunteer to throw.

"It's another Game Seven for us," McDonnell said. "It's another elimination game so I don't know how you don't keep your edge. This group has been good at doing that all year."