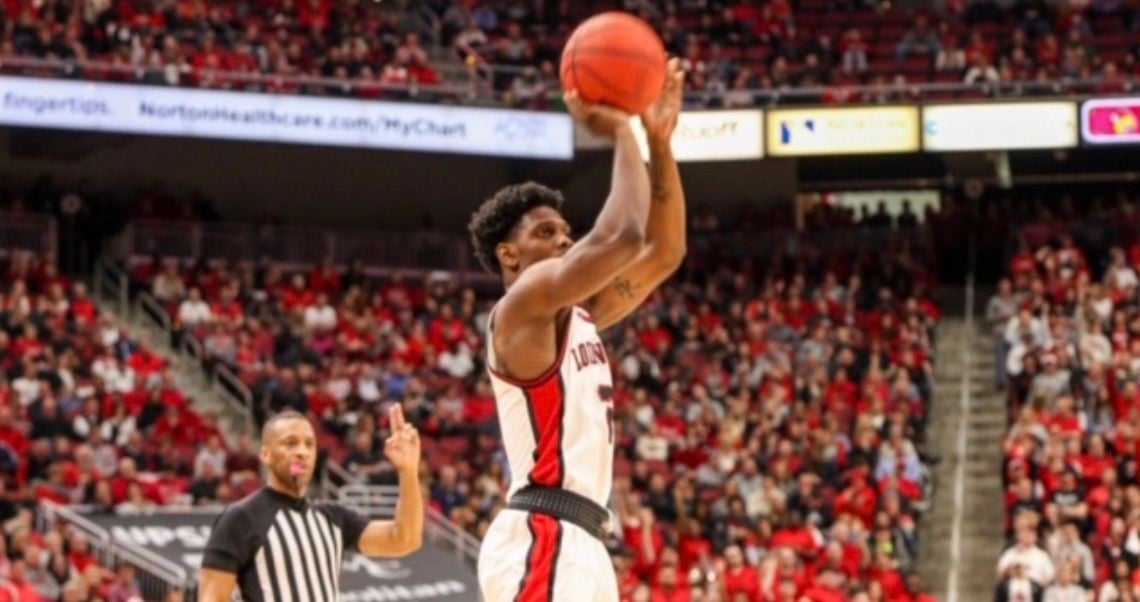 LOUISVILLE, Ky. (WDRB) -- Jordan Nwora did not flash the offensive sizzle that made him the pre-season player of the year in the Atlantic Coast Conference. Credit him with 10 points.

A right-knee injury limited Malik Williams to less than 14 minutes. Shots did not fall for Steven Enoch, Fresh Kimble or Ryan McMahon. They were 4-for-16.

Trust me, I'm not straining to uncover negative nuggets about this streaking University of Louisville basketball team.

I shared that information to illustrate the formidable potential of Chris Mack's team, the one that finished the weekend atop the Atlantic Coast Conference after cruising to its sixth straight conference victory in a punishing 80-62 performance over Clemson at the KFC Yum! Center Saturday afternoon.

On a day when the Cardinals (17-3, 8-1) didn't get nearly the best from four starters, Louisville defeated the Tigers as badly as Brad Brownell's team has been beaten in about seven weeks. The Cards hung 20 straight points on the Tigers for a first-half standing eight-count.

"That's the mark of a team that's really good," said Brownell, who declined to let his players be interviewed after the game.

"Defensively, they're extremely solid. They're difficult to get easy shots against."

There is evidence that Clemson did not get any easy shots against the Cardinals.

Clemson scored zero fast break points. Mark it down as the fifth time this season Louisville has not allowed a fast-break point.

Sims made one basket against Louisville, missing a half-dozen shots, laboring his way to four points in more than 34 minutes.

"It really starts with dribble penetration and not allowing the ball in the lane so that your defenders are a little bit better positioned to challenge shots or not allow them to get them off," Mack said.

The Tigers played like a team that had zero interest in challenging Louisville at the rim. The Tigers shot three after three after three, launching more than 62 percent of their field goal attempts (38 of 61) from beyond the arc.

Nobody has called Clemson a great three-point shooting team this season. The Tigers' three-point percentage ranked 10th in the 14-team ACC.

Maybe Clemson panicked after the Tigers fell behind 31-9. Maybe Brownell decided that making three-point shots was Clemson's most likely path to upsetting Louisville.

Or (and I'm going with this one) maybe the Cardinals crackled with the consistent defensive energy required to keep guys out of the lane and off the offensive backboard.

This is another mark of a good team: At a time when popular opinion is to clamor for more playing time for freshman David Johnson at point guard, Darius Perry showed that he is not ready to be assigned to a less significant role.

The only shot from distance that Perry missed was his last one -- after he made five straight. This was not a one-time moment for Perry. During Louisville's six-game winning streak, Perry was 9 for 17 from the three-point line.

"I love to see a guy like DP knock in one after another," Mack said. "He's a good shooter. I keep saying that and it showed tonight."

Not only does Mack believe that Perry is a solid three-point shooter, Perry believes it, too.

"He wasn't the first guy on the scouting report," Brownell said. "But we knew he was a good player. We recruited him … when he makes shots like today, he's an elite level player."

On Saturday Perry was elite, leading Louisville with 19 points, the most he has scored in his 89-game college career.

Samuell Williamson, another freshman, also showed the grit and creativity that made him a McDonald's all-American. He made five of six shots, finishing with 14 points, his finest offensive game since Nov. 13 against Indiana State.

"We have a team that has a lot of guys that are capable of doing things on the offensive end," Mack said. "Not every night is going to be your night."

It wasn't the best night for several of Mack's players on Saturday. The Cardinals still won as easily as they've won a game during this winning streak.

"I think they're as good as anybody (in the ACC)," Brownell said.