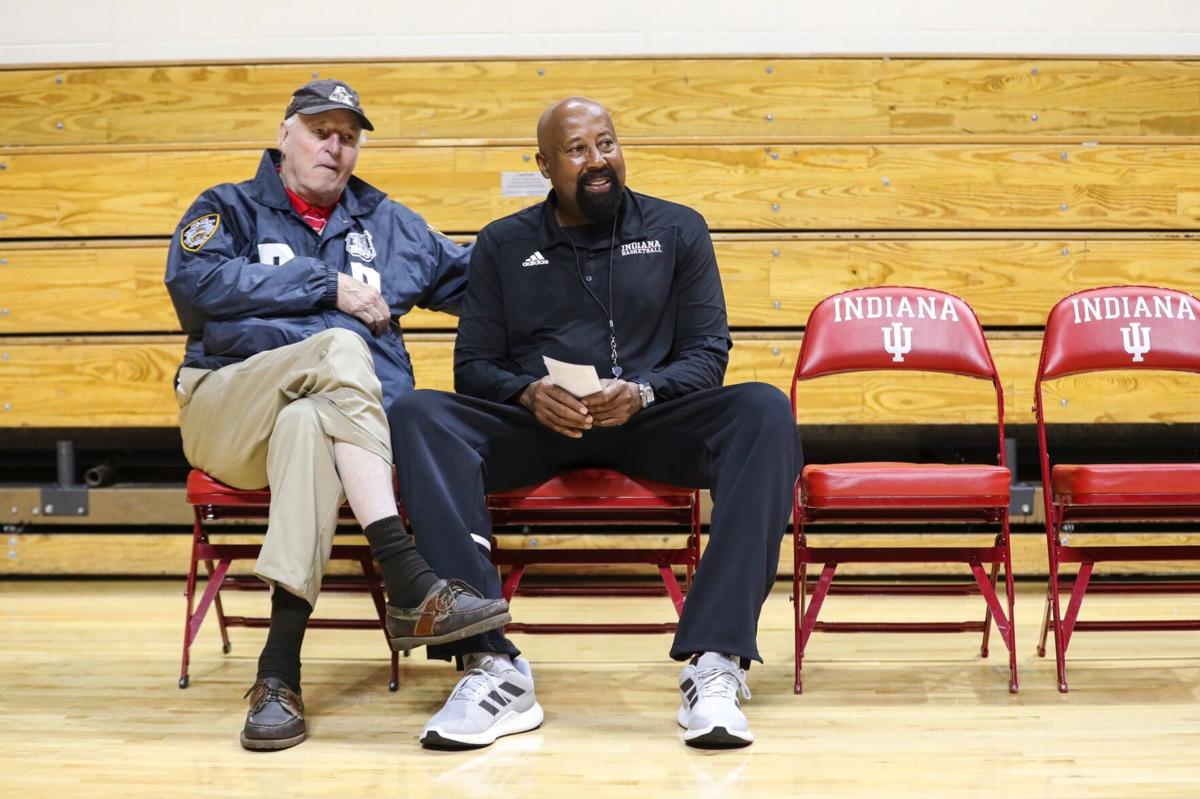 LOUISVILLE, Ky. (WDRB) — In case you missed it, Louisville, Kentucky and Indiana all whiffed on making the men’s NCAA basketball tournament last season.

In case you missed it, the Cardinals, Wildcats and Hoosiers had all not whiffed in the same season in 56 years, back in the days when 23 programs were invited to the party.

In case you missed it, the reaction at all three schools was mostly Do Not Let That Happen Again.

Chris Mack fired two assistant coaches with a bit of clumsiness that resulted in Mack earning a suspension that will take him away from his team for the first six games, beginning Tuesday at 9 p.m., when the Cardinals open with Southern University at the KFC Yum! Center.

John Calipari turned over his entire coaching staff and made a determined push into the transfer portal. A year ago, Kentucky ranked 335 out of 357 teams in experience.

We’re young. This is hard. They’re not machines.

This season, which the Wildcats start Tuesday night around 9:30 in Madison Square Garden against Duke, Kentucky projects as one of the nation’s more veteran teams.

Mack and Calipari survived. Archie Miller did not. Six consecutive losses to close the season, including a pair to Rutgers, inspired Indiana to buy out the final three years of Miller’s $10 million contract to recruit Mike Woodson to coach the Hoosiers.

With the local football season losing altitude last weekend as the Cardinals, Wildcats and Hoosiers all lost, the question pivoted to hoops:

Will Louisville, Kentucky and Indiana get back to what they are supposed to be?

Here is my clip-and-save response:

Yes, all three will hear their names called on March 12, 2022, Selection Sunday.

Not only does ESPN bracketologist Joe Lunardi have all three in his projected 2022 field, Lunardi has Louisville (a No. 7 seed) matched against Indiana (a No. 10) seed in an operning round game. Lunardi upgraded UK to a 3-seed, on the same line with defending national champion Baylor, Duke and Illinois.

Lunardi is not flying solo.

Louisville is ranked in the Top 40 in three of the most respected college basketball analytics sites (Ken Pomeroy, Bart Torvik and Erik Haslam), headlined by No. 22 rankings from Torvik and Haslam.

Kentucky has improved to a consensus Top 20 team, with the Wildcats ranked No. 13 by Haslam.

Indiana earned three rankings of No. 31 or higher, again led by Haslam, whose formula has the Hoosiers No. 14.

I like what I have seen from Mack’s team the last month. The Cards played faster without playing out of control. They took more three-point field goal attemps without going three-point bonkers. They share the ball. They defend.

A year ago two or three guys dominated the basketball. This season the ball has moved, keeping more guys engaged. Matt Cross, Jarrod West and Noah Locke all look like solid additions from the transfer portal.

According to Pomeroy, Louisville has a win probability of 85 percent or more for its first four games, all at home. A clearer snapshot of how much Louisville has improved will not come until games 5, 6 and 7, when the Cardinals play Mississippi State, Maryland or Richmond and Michigan State.

Lunardi’s current bracket has Richmond, Maryland and Michigan State in the 68-team NCAA field with Mississippi State the second team out. Check back Dec. 1 after the Cards visit East Lansing, Michigan for Mack’s first game back from suspension, for a clearer update on Louisville’s improvement.

Kentucky fans won’t have to wait three weeks for an answer. They’ll get one Tuesday in New York City after UK’s participation in the Mike Krzyzewski Farewell Tour.

A 9-point win over Miles College last Friday night in a game where the Wildcats trailed a Division II program by 7 at halftime stirred heartburn around Calipari’s team.

The Wildcats gave up 15 three-point field goals, missed half of their 14 free throws and turned the ball over 13 times. They’ll have to play better against the Blue Devils to confirm their spot as a Top 10 team. They should.

The first two are starting at least their third season with the Hoosiers. The other three are transfers with the offensive skills to ease the demands IU has put on Jackson-Davis the last two seasons. Kopp, Johnson and Stewart have all shot 33.6 percent or better from distance over their careers.

What Indiana needs most are guards with the toughness to dictate how games will played. The Hoosiers have missed that since Yogi Ferrell left town in 2016.

But Woodson, remember, is a former Bob Knight player who has never forgotten what is required to win in the Big Ten.

“Right now, our identity when I look at the three games we’ve played, has been on the defensive end,” Woodson said.

“And make no mistake about it, you’ve got to play defense in order to win. Even when you get to the Big Ten, it’s going to be that way. The teams that really defend and get after you a little bit are the teams that put themselves in position to win at a high level.

“And I don’t care what level you play at. Your defense has got to be pretty solid. And right now we are, like I said, our defense is a little bit ahead of our offense right now, which I kind of like.”