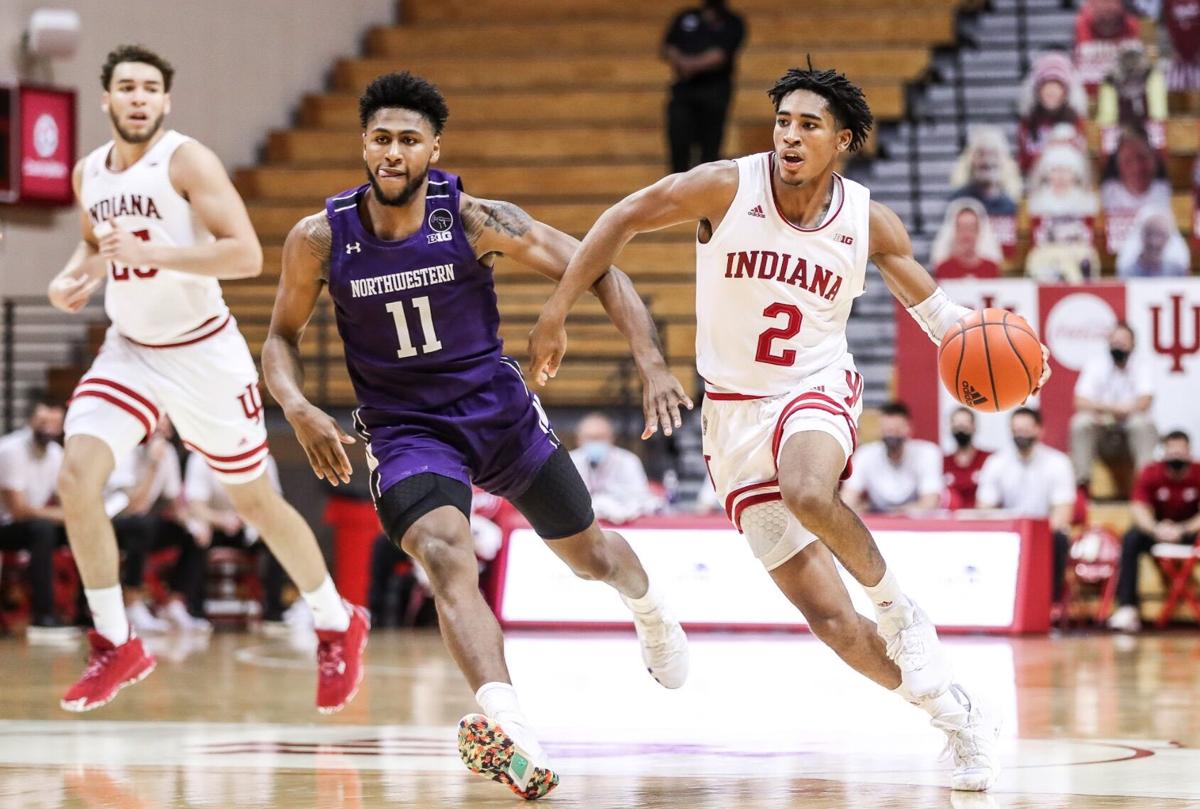 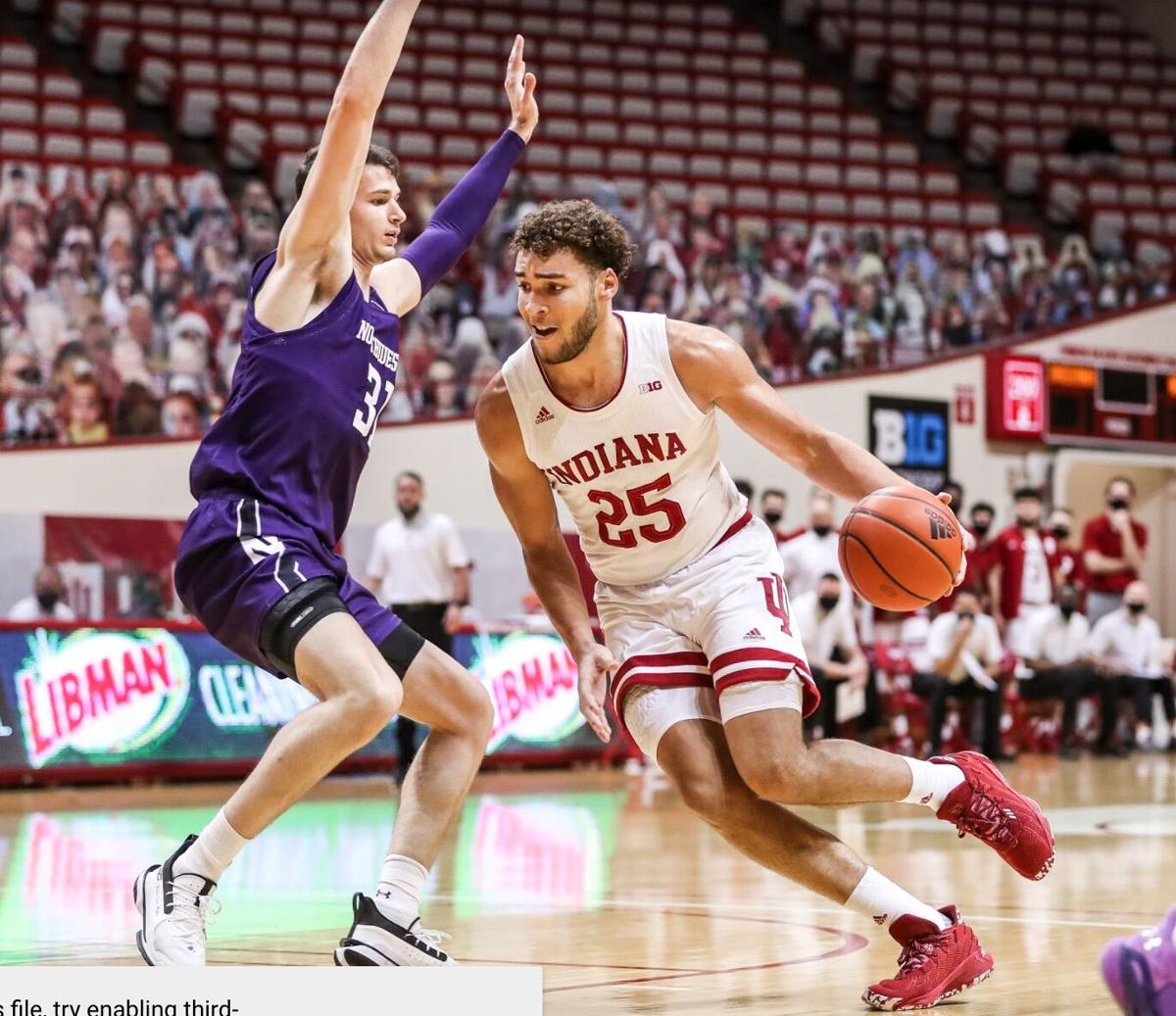 LOUISVILLE, Ky. (WDRB) — The warning lights went off Sunday when Northwestern turned Michigan State upside down and beat the Spartans by 14 points.

Indiana missed them. Or couldn't do anything about them. Doesn't matter.

So the warning lights flashed even brighter Wednesday night at Simon Skjodt Assembly Hall in Bloomington, Indiana. The Wildcats rolled into town and made Archie Miller, Trayce-Jackson Davis and Indiana miserable.

Make it Northwestern 74, Indiana 67 — the second time in three seasons that one of Miller’s teams lost to Northwestern, a program you're supposed to beat if you intend to contend in the Big Ten.

"Today I thought we stunk at both ends of the floor," Miller said. "Lots of breakdowns (on defense). Lots of sloppiness. And it got us beat."

He could have added more items to the list, including several of his coaching moves. Miller preached all summer that Indiana needed to limit turnovers to a dozen or less. They're thrown the ball away at least 14 times in every game since the opener, including 18 against lowly North Alabama, 15 against Butler and 16 against a Northwestern team nobody will compare to a defensive buzzsaw.

The sight of Al Durham walking the ball down court on multiple critical positions late in the game became another post-game flash point.

For the third time in four seasons, Miller’s team also lost its Big Ten opener — and this time it was at home against a team generally picked to finish among the bottom three in the league. Even if Northwestern is better than expected, Northwestern is not Wisconsin, Iowa, Rutgers or Illinois.

Not only did the Wildcats win in Bloomington for the first time in seven seasons, they were also the first team to score more than 70 against IU this season.

Indiana had no answers for Northwestern guard Chase Audige, a transfer from William & Mary who buried the Hoosiers with 17 points while scoring all of them in the second half.

They also struggled to defend Northwestern forward Ryan Young, a plodding, pudgy inside player who hurt the Hoosiers with 13 points and nine rebounds.

All of the Hoosiers' flaws were on display: carelessness with the basketball (16 turnovers); unimaginative offense (too much dribbling), short bench (2 subs combined for 15 minutes in the second half) and erratic 3-point shooting.

Jackson-Davis rallied from a lackluster first half to lead IU with 22 points and nine rebounds. Armaan Franklin had 16 but needed 17 shots to get them. Race Thompson scored 11.

But the other two starters -- guards Rob Phinisee and Durham -- missed eight of nine shots, including all five shots from distance, contributing a combined six points. They were outplayed by Northwestern guards Audige and Boo Buie, who combined for 28.

Indiana entered the game with ranked eighth nationally in defensive efficiency — and the Hoosiers had played five teams from the Power Six conferences. Northwestern puffed up its record playing Arkansas Pine Bluff, Chicago State and Quincy.

It didn’t matter to Northwestern, which jarred the Hoosiers while averaging 1.14 points per possession, the best production any team has delivered against IU this season.

Miller said he thought it was the first time this season Indiana failed to contain dribblers, but he was more annoyed by the turnovers, which led to 20 Northwestern points.

The Wildcats surged to a 15-lead with five minutes left in the first half. Defensively, Northwestern coach Chris Collins aligned his team in a 2-3 zone that left Indiana searching for soft spots to attack.

"We didn't handle the zone at all," Miler said.

Speaking of warning lights, shooting remains an issue for Miller’s team. In the first half, the Hoosiers made only 3 of 10 shots from distance and 3 of 8 free throws.

Those numbers improved in the second half, when Indiana scored the first 6 points and forced turnovers on five of Northwestern’s first six possessions. IU even managed a 4-point lead, 54-50, just inside the 10-minute mark.

But Northwestern was the better team — and showed it down the stretch as the Wildcats made seven of their last nine shots. Indiana could not stop them -- or even show much urgency to attack them.

To avoid an 0-2 start in the league for the first time since Tom Crean's final season four years ago, the Hoosiers will have to defeat No. 18 Illinois on Saturday in Champaign, Illinois. The Illini rallied from a 15-point deficit to defeat Penn State on Wednesday.

Miller scheduled a 9 a.m. practice on Christmas Eve and said his team will bus to Illinois on Christmas, a day when 8 Big Ten teams will play.

"I think we have shown that we play hard and play together, but tonight for some odd reason we were just off balance and Northwestern had a little bit to do with it," Miller said.

"I also think we didn’t do a very good job on our end."