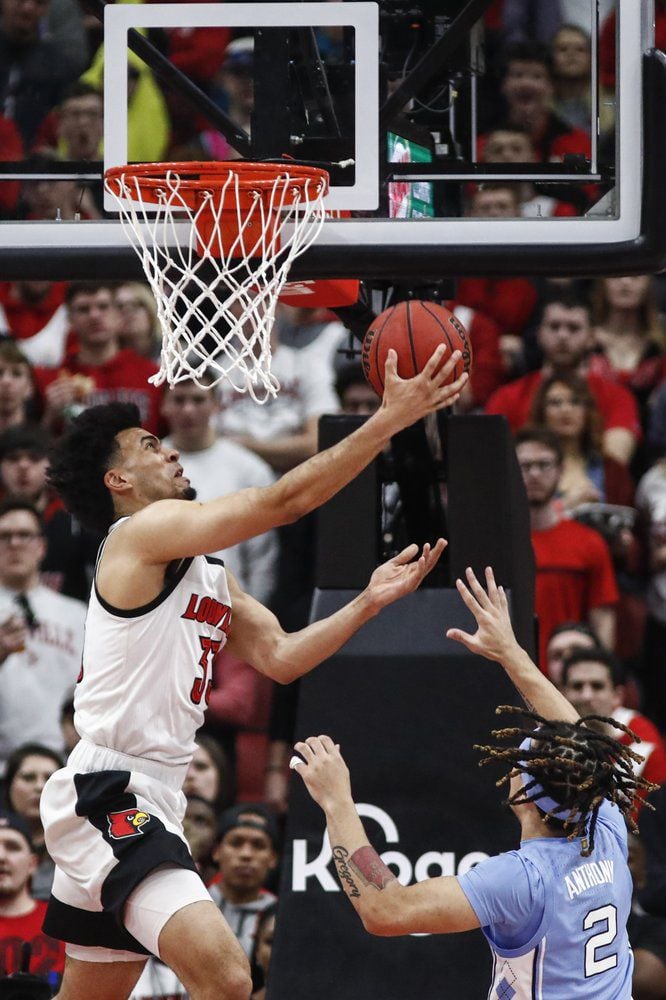 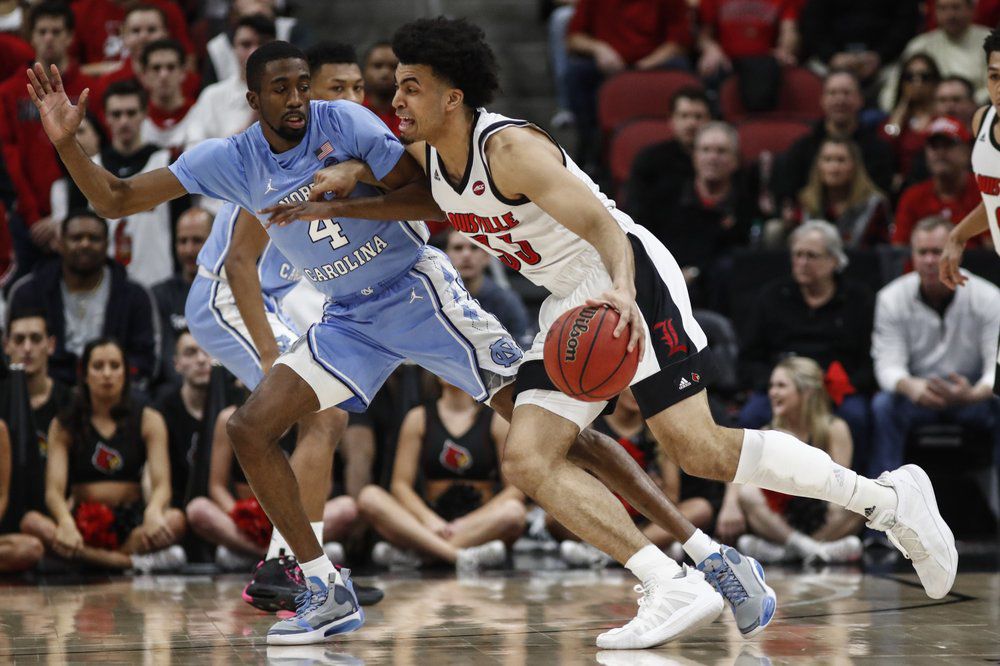 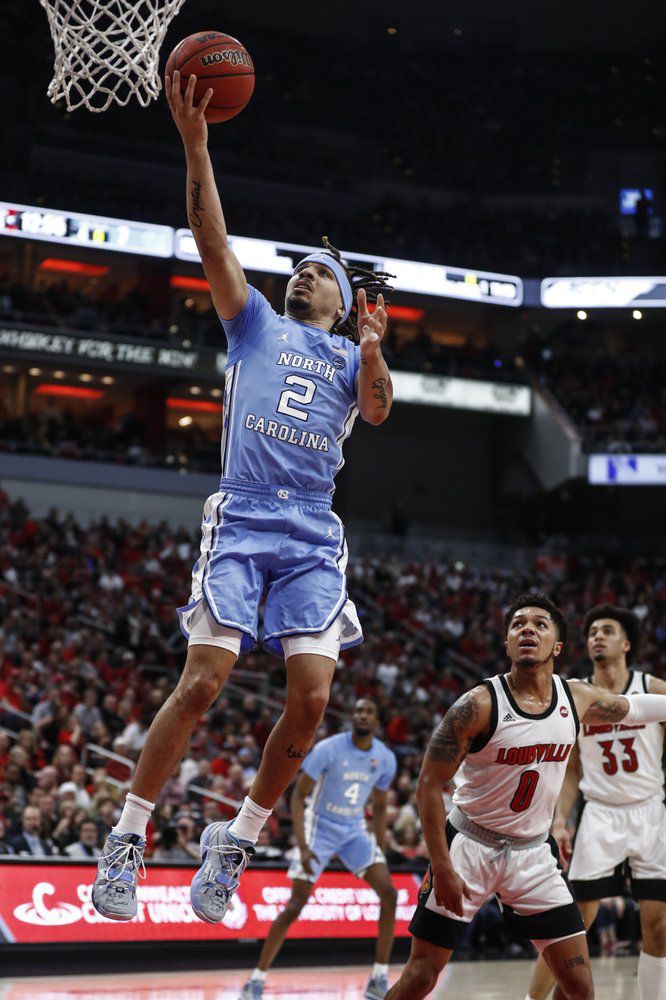 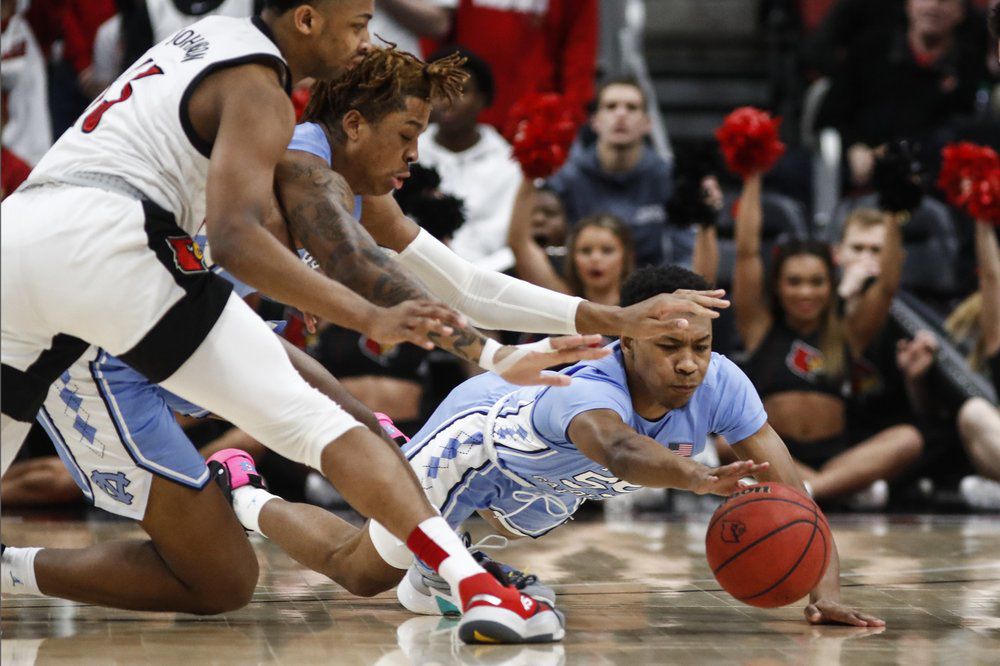 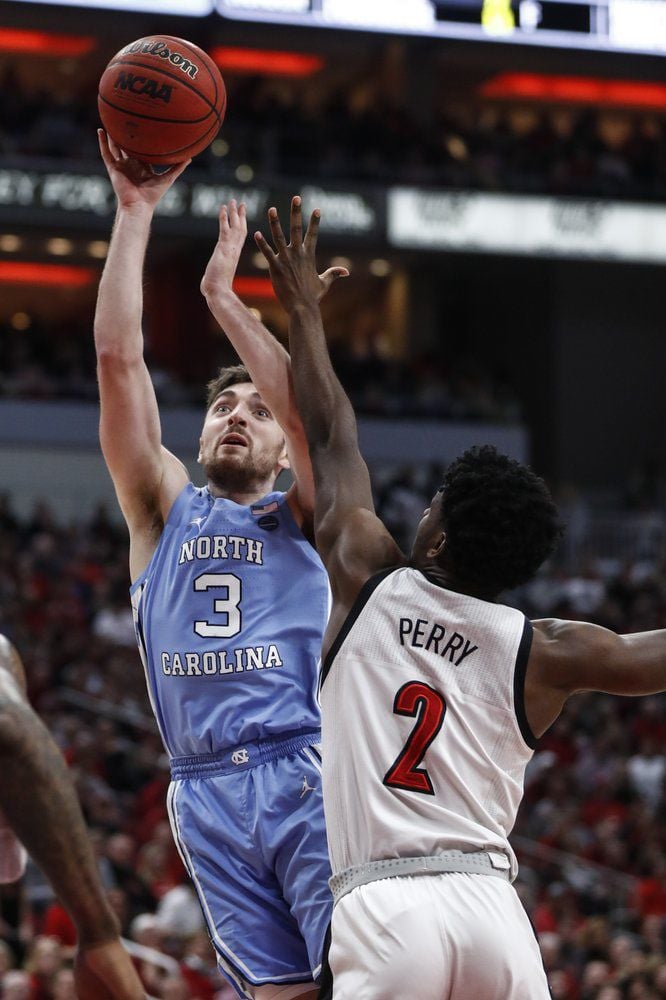 Williams told Mack that Saturday morning, when the two coaches briefly chatted after the Tar Heels finished their early shoot-around at the KFC Yum! Center.

Williams said he told Mack not to fret about the Cardinals' back-to-back losses at Georgia Tech and Clemson last week.

He reminded Mack that, in 2009, North Carolina lost its first two Atlantic Coast Conference games to Boston College and Georgia Tech and finished the season by winning the national title.

"Losing those two games might be a good thing," Williams said.

Then Louisville overwhelmed a depleted North Carolina team for a 72-55 victory Saturday afternoon, and Williams took his praise up a notch.

"I think they have one of the chances of those teams that can win the whole blessed thing," Williams said.

Williams was not talking about winning the ACC regular-season title, although that is Job One for the Cardinals with a rousing game booked at Florida State on Monday night. No trophies will be awarded in Tallahassee, Florida, but Louisville (23-5, 14-3) will clearly be the team to beat if the Cardinals can handle the Seminoles.

Williams was talking about Louisville being a team that can win its last six games, including the final two in Atlanta, where the 2020 NCAA Final Four will be played at Mercedes-Benz Stadium on April 4-6.

"Well, watching them on tape as much as I have and seeing them in other games, I think they have all kinds of phases on offense," Williams said. "They can score inside with their big guys; they drive into the basket with they perimeter guys and they can shoot the ball from the 3-point line.

"They defend OK and sometimes really, really well," he added.

It's only the third weekend in February — still really, really early to project which teams will be still be playing on the first weekend in April. But Williams is a Hall of Fame coach who has won three national titles and directed nine teams to the Final Four. He knows the things that a team must be able do to survive six games when it matters — and he believes that Louisville can do those things.

I have not forgotten that, seven days ago, it was fashionable to howl at Mack's team for its lackluster performances at Georgia Tech and Clemson. Truth be told, Louisville came home and got happy against the least imposing Syracuse and North Carolina teams that I can remember watching.

After its NCAA Tournament opener, Louisville won't be playing teams as flawed as the Orange and the Tar Heels next month.

But credit Mack with making several solid moves in the aftermath of the Clemson debacle:

First, he moved David Johnson into the starting lineup as his point guard.

Second, he did not bury Jordan Nwora after benching him against Clemson.

Third, he gave more minutes and responsibility to Malik Williams, the Cards' most versatile and determined inside player.

Johnson was terrific against Syracuse and solid against the Tar Heels. North Carolina had one chance to hang an upset Saturday, and that chance depended on UNC's dynamic point guard Cole Anthony scoring 30 or more.

Johnson did not allow that. Anthony had two turnovers before he had a basket, failing to score for nearly six minutes. Anthony made two shots from distance — and those came after Louisville led, 57-35.

Nwora backed up his 17 points against Syracuse with 18 against the Tar Heels. He made more points in the first 14 minutes than the 7 combined points that he scored against Georgia Tech and Clemson.

Even though a week passed since Nwora became the social media target for everything that went wrong with Louisville, the Preseason ACC Player of the Year had a message for those who questioned the way he played.

Williams was Williams — efficient on both ends of the floor, making 8 of 11 shots for his 17 points and finishing one rebound short of a double-double.

After playing 23 minutes against Syracuse, Williams played a season-best 31 minutes and 17 seconds against the Tar Heels. Mack tried to rest Steven Enoch and his tender ankle with the hope he'll be healthier at Florida State.

"Malik means a lot to our team," Mack said. "Not just the statistics, which continue to get better offensively as he gains more confidence but his presence on the defensive end. His voice, his leadership in practice. He has come a long way.

"He's a guy that sat on my couch (as a recruit) at Xavier and I didn't want to recruit him. He slumped back in his chair and had his eyes half open and he mumbled.

Williams (Roy) noticed Williams (Malik). And Nwora. And Johnson. And the rest of Mack's team. The coach knows the kind of inside play that a team needs to be successful next month. He also knows that being in first place in the ACC says something about a squad.

"I think they can guard you, score inside, score outside, push the ball and score in transition," Roy Williams said. "I think they're a fantastic team."

I reminded Williams (Malik) that Williams (Roy) said that Louisville was a team that can win the "whole blessed thing."

"Why not go do it?" Malik Williams said. "That's a great coach, historically. For him to say something like that, you've got to instill it within you. If somebody like that sees that we can win it all, we've got to believe it ourselves."