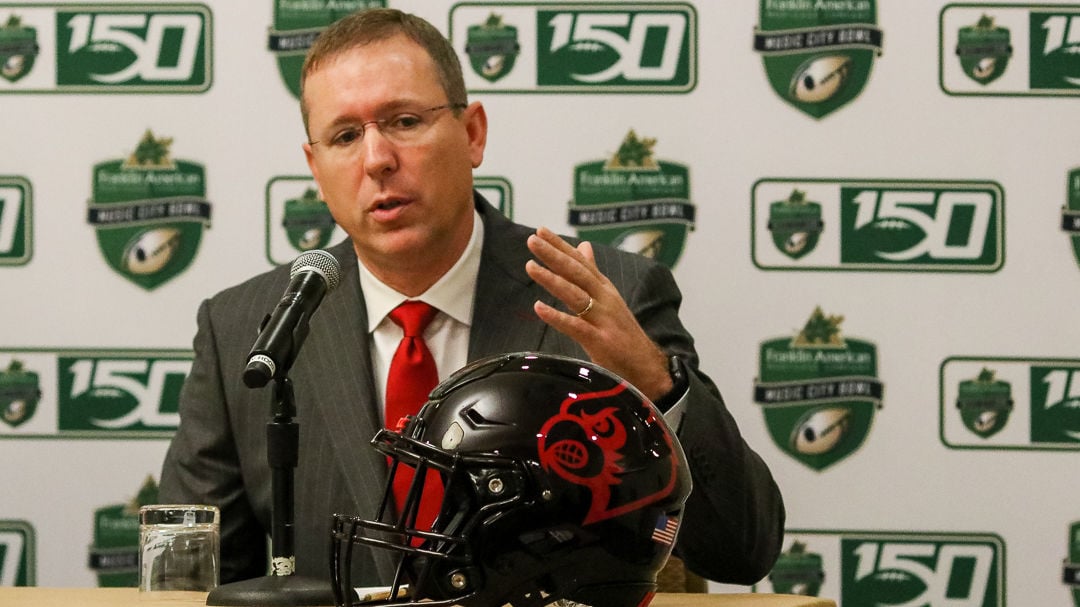 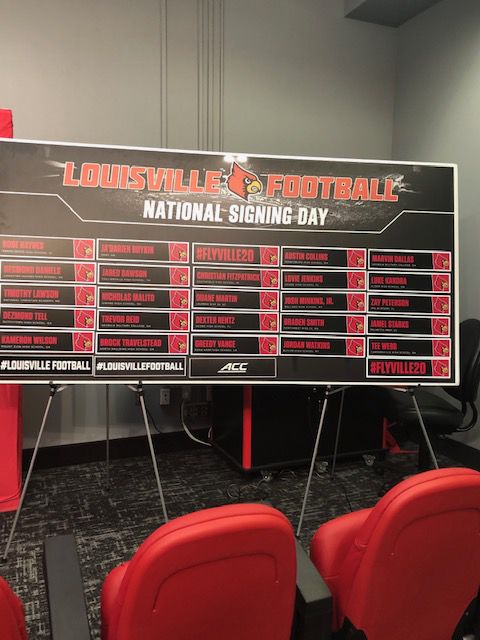 Louisville has 25 football recruits signed for next season and could add three more.

Louisville has 25 football recruits signed for next season and could add three more.

Beating Clemson is also the task faced by every football team in the Atlantic Coast Conference, including the U of L team led by Scott Satterfield.

Forty-five minutes before the basketball game, Satterfield answered questions about the Cardinals’ upcoming spring practice and the 2020 season.

*About 50 prospects from the classes of 2021 and 2022 visited Louisville this weekend. Satterfield said the talent level of the prospects Louisville is recruiting this season is upgraded over the players the staff pursued a year ago.

*Satterfield said that 14 of the 25 guys that Louisville signed in December have enrolled in classes and will participate in spring practice.

*Satterfield said the program could add as many as three more recruits for next season, including one graduate transfer.

He said the graduate transfer would likely be an inside linebacker or offensive tackle, two spots he described as positions of need.

*Satterfield said that prospects, high school coaches and even opposing teams recognized what Louisville achieved last season while winning eight games, punctuated by a victory over Mississippi State in the Music City Bowl.

“They’re very respectful of what we able to accomplish last season,” he said. “Nobody gave us a chance to win eight games …

“… we competed at a high level. We competed very well. We’ve got a long way to go. We’re nowhere near (the top) yet. But we can see it.”

*Satterfield said that even with the greater reception the staff has received while recruiting, the process will not be guided by recruiting rankings. Satterfield and his staff will trust their judgment on the talent of high school players.

“We’re still looking for fit,” he said. “I don’t care if they have 75 offers. They might only have five offers.”

Climate change could kill all of Earth's coral reefs by 2100, scientists warn