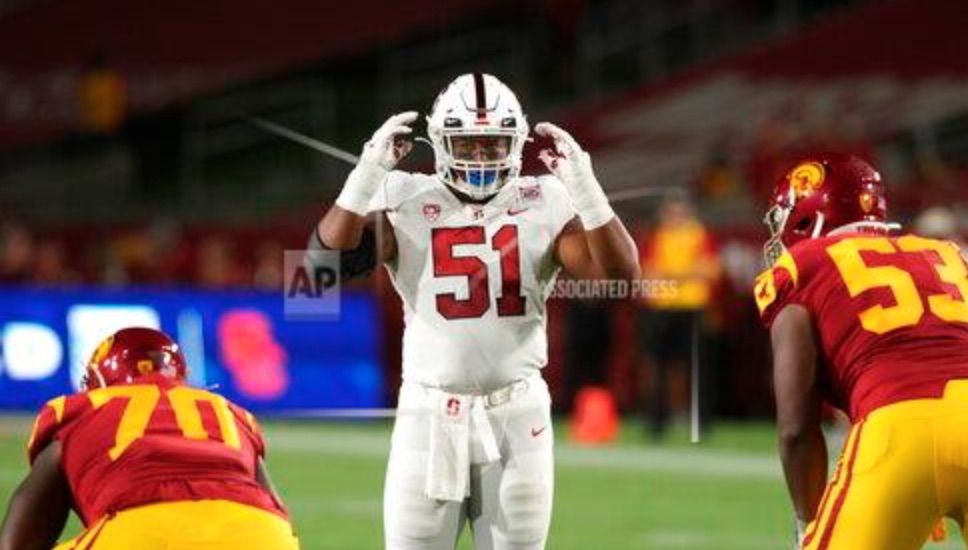 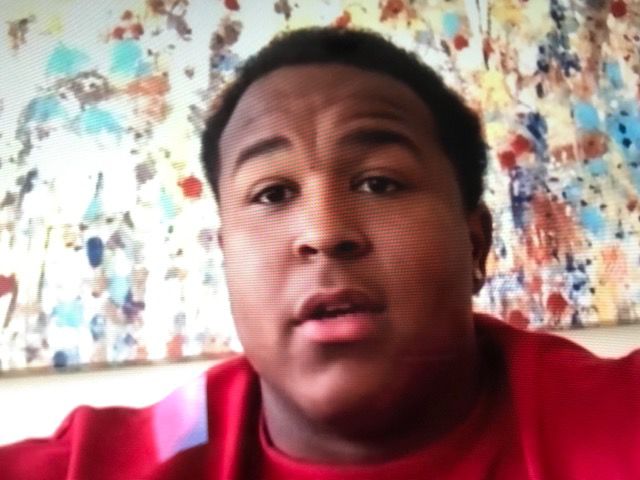 Jovan Swann, a transfer from Stanford, is expected to be one of the leaders of the Indiana defense this season.

Jovan Swann, a transfer from Stanford, is expected to be one of the leaders of the Indiana defense this season.

LOUISVILLE, Ky. (WDRB) -- When Jovan Swann was a high school senior in suburban Indianapolis four years ago, he had the brains, speed, size and grit to earn more than 20 scholarship offers.

Most were from Power Five programs, including seven from the Big Ten, four from that Atlantic Coast Conference and three from the Southeastern Conference.

A defensive lineman, Swann cut his list to Indiana, Northwestern and Stanford and took the opportunity for a $250,000 education at a Stanford program that finished 12-2 and ranked third in the final Associated Press poll in 2015.

Hard to argue against that thinking.

Last December, Swann decided he was ready to be recruited again.

He had his Stanford degree and the immediate eligibility that came with it. Over the last two seasons, Swann contributed 15 tackles for loss and 10 sacks for the Stanford defense.

Prior to the 2019 season, ESPN created a statistical metric that ranked Swann the top defensive player in the nation. Instead of finishing his career at Stanford or committing to a football factory, Swann created a different game plan:

He decided to come home. He committed to Indiana University.

“To wrap it up here, it means more than you know,” Swann said.

Yes, he wanted to play his final college season in a stadium family members and friends can access in less than hour from Greenwood, Indiana, on the south side of Indianapolis. Swann has been accepted into IU’s Kelley School of Business, which is ranked 10th in America by U.S. News and World Report.

But on Wednesday, during a media teleconference, Swann said there was another major appeal and difference from the last time he was recruited:

Head coach Tom Allen. You know, the coach the wise guys called a “former high school,” coach when Indiana gave him the job at the end of the 2016 season.

Swann visited Indiana last December when the Hoosiers prepared for their Gator Bowl appearance against Tennessee. Swann said that a lengthy sideline conversation with Allen — as well as a check of IU’s returning talent from an eight-win team — convinced him to make the transition from Palo Alto, California, to Bloomington.

“I will never forget, Dec. 15, the last day recruiting was open, I was able to get an impromptu visit down to one of their practices, bowl prep for Tennessee,” said Swann, who is 6 feet, 2 inches tall and 270 pounds.

“I don’t think he even knew that I was coming, but he was able to take me to the side(lines) and talk to me for 45 minutes. Impromptu. Was not asked of him.

“Just for that time of day, I knew that Indiana was the place for me. A man driven by God is always a great man to me.

“I know it’s somebody that I can follow and learn from before I go on to that next level.”

Swann is not the only one. IU also added Dylan Powell, an offensive lineman who played in 20 games as a sophomore and junior for the Cardinal.

Let’s be frank: In the uneven world of recruiting in the Big Ten East, where Indiana is unlikely to shop in the same aisles as Ohio State, Michigan or Penn State, the Hoosiers must manufacture advantages.

Adding productive and mature players like Swann and Powell are an intelligent way to close the gap.

Swann is not only driven to play. He is driven to lead. The Stanford experience should reinforce that.

“Everybody says that this game means a lot to them,” Swann said. “I just try to emulate the great players before me from my high school, from the colleges that I have visited.

“Everybody wants to be a winner and everything like that But just do what winners do is what I try to go by every day.”

“It’s one thing to say this game means a lot to you but to live it out each and every day, tirelessly, to be obsessive about it, is what I try to do

“I know some guys might look at me and say, ‘This guy, he’s a little uptight. He’s a little too serious.’

“That’s all right by me, because I’m going to try to do what I can until my body can’t do it any more. That’s what I try to do.”