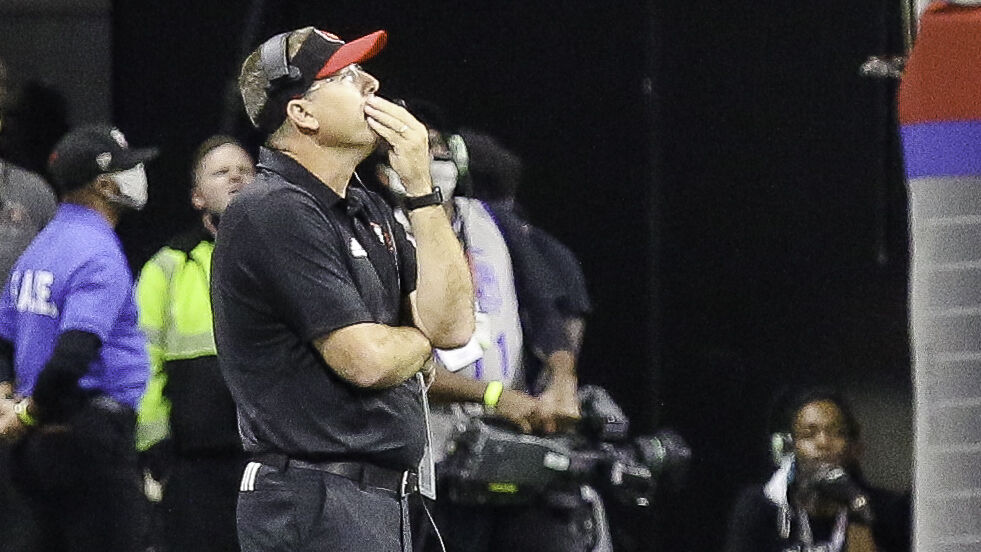 Scott Satterfield looks up at a video replay during his team's season-opening loss to Ole Miss. 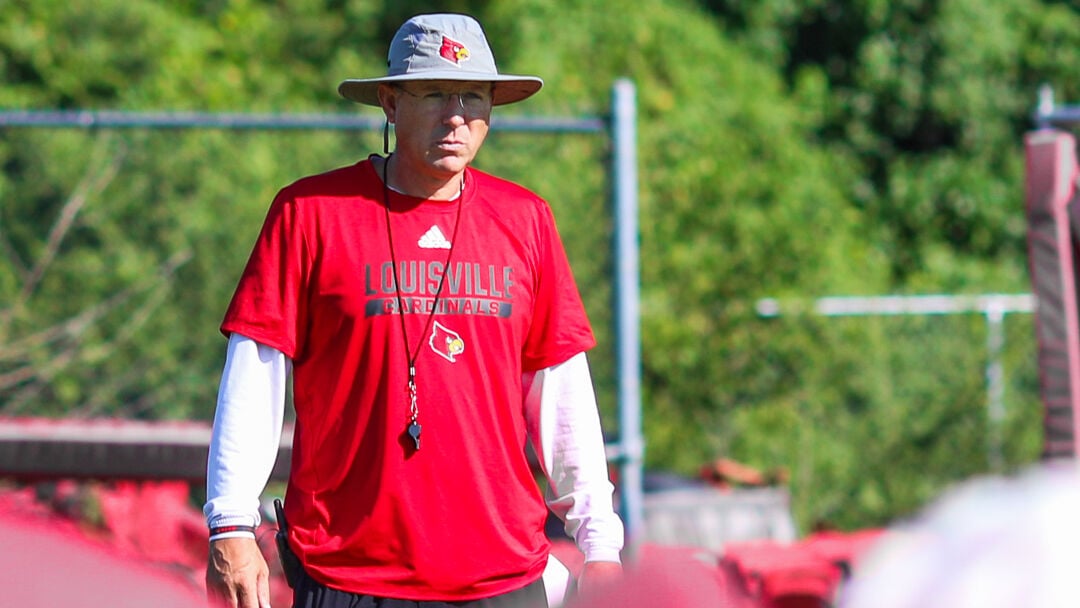 Scott Satterfield looks up at a video replay during his team's season-opening loss to Ole Miss.

LOUISVILLE, Ky. (WDRB) -- Friday night is an opportunity for Scott Satterfield to do something with the University of Louisville football team that he hasn’t done since his first season:

Win a game the Cardinals are not supposed to win.

The wise guys started Louisville as a nine-point underdog for the Cards’ Friday night home game against Central Florida. The number was bet down to seven by noon Monday.

“We know it’s a big challenge for us,” Satterfield said. “Another short week for us. Our guys have got to get fresh and be ready to go for this game.”

Including the season opener against Ole Miss, Louisville has lost its last six games as an underdog. Last season, the Cardinals failed to win four games when they were an underdog by three points or less.

That’s not the way the season unfolded in 2019. That helps explain why the vibes were terrific around Satterfield in his Atlantic Coast Conference Coach of the Year season in 2019 but have been less than terrific with the Cards losing eight of their last 13.

Louisville won three of eight as an underdog during Satterfield’s introductory season, beating Mississippi State by 10 as a five-point underdog, Virginia by seven as a three-point underdog and No. 19 Wake Forest by three as a seven-point underdog.

Winning games you’re not supposed to win is a proven shortcut to injecting high-octane adrenaline into your fan base. Check the postgame videos from Arkansas, Oregon and Stanford last weekend for details. They’re still celebrating beating Texas in Fayetteville.

UCF is not a ranked opponent, but the Knights are the next best thing. They’re No. 26 in the Associated Press writers’ poll, No. 28 in the USA Today coaches’ poll, No. 25 in Jeff Sagarin’s computer predictor rankings and No. 35 in ESPN’s Football Power Index.

The Cards’ next two games are a perfect spot to pound some Feel Good into this season. After hosting UCF, Louisville will visit Florida State, where the Seminoles have already lost a pair of home games to Notre Dame and mighty Jacksonville State. FSU has a legitimate shot at slipping to 0-3 when it visits Wake Forest this weekend.

But first, UCF. The Knights are known for their passing attack but rank first nationally in a different category this season.

“It’s a very, very aggressive defense,” Satterfield said. “Their defensive line is impressive ... If they’re loading up the box (to stop the run), we know we have to throw it more.”

The statistics say that UCF leads the nation in rushing defense, allowing only 44 yards on 40 carries in two games.

Some will argue those are misleading numbers because Saturday UCF defeated Bethune-Cookman, a struggling FCS program, in Orlando. Here is an interesting tidbit about UCF’s run defense:

Bethune-Cookman averaged more yards per carry (1.71) against UCF than Boise State (0.77) did. In two games, UCF has allowed only two running plays for 10 yards or more, and none in the second half.

“They pretty much shut Boise down in the second half defensively,” Satterfield said.

The Knights’ pass defense has been similar to Louisville’s passing defense. UCF has allowed 259 yards per game, six fewer yards than the Cards.

Satterfield was asked why Louisville runs the football on second-and-long on about 20% more of its snaps than the national average. He said the goal was to generate positive yardage on second down to give the Cards two cracks to convert a first down.

“Play calling is always pretty funny to me because play calling, everybody is a critic after the play,” Satterfield said. “If the play works, it was a great call. If it doesn’t work, why did we call that? My mom questions that. That’s the way it always will be and has been. I understand that. We’re trying to design all these plays to work ...

Offensively, UCF will play the way a Gus Malzahn-coached team has always played, lining up at a pace that makes it difficult for the defense to substitute or call signals.

UCF has run 171 plays, which ranks third in the nation for teams that have played two games. Louisville, for comparison, has run only 141.

“Some teams will look (to the sidelines) and try to run fast plays,” Satterfield said. “Central Florida is just running fast plays and hoping to get you not lined up.”

Friday night will be a perfect chance for Louisville to get lined up to knock out a win that will put some juice back in this season.