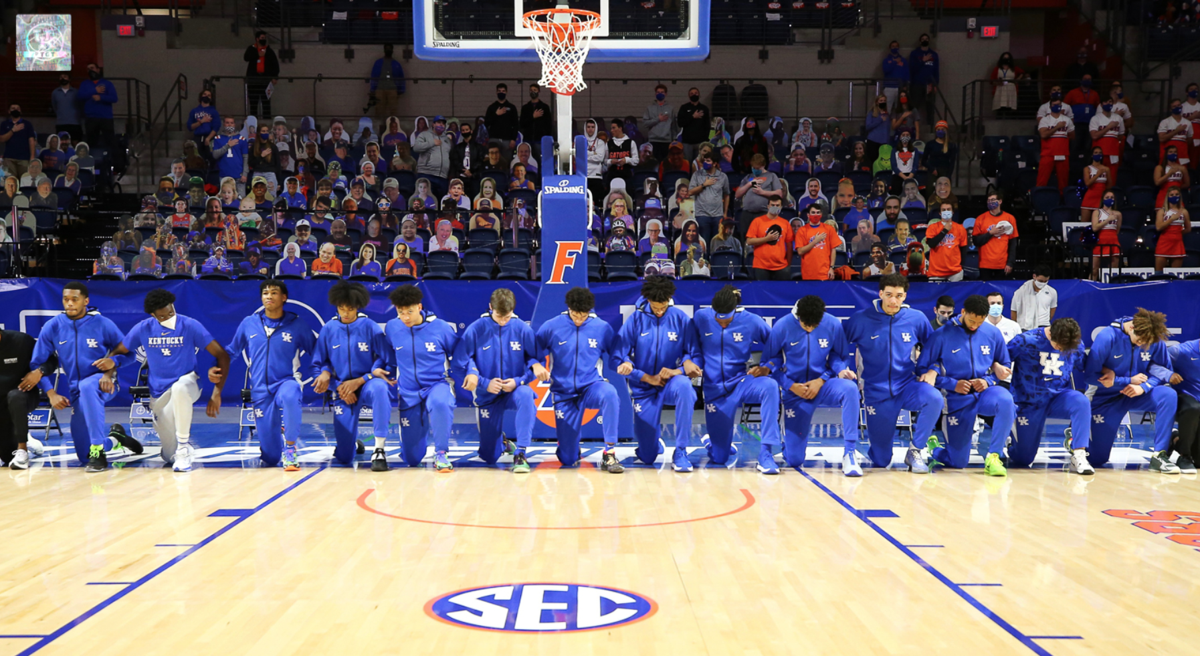 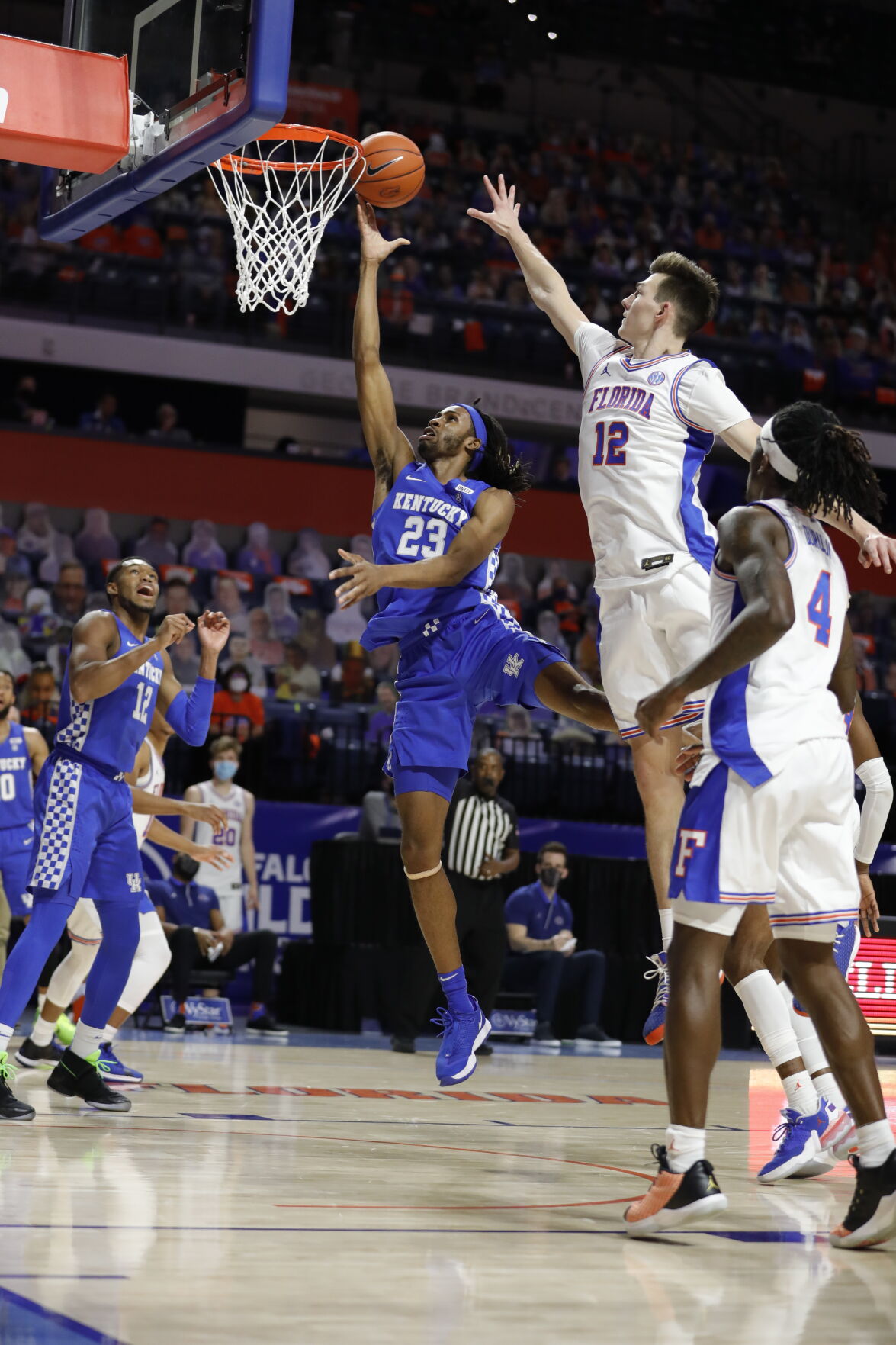 Isaiah Jackson said that was upset by the pictures of a noose that he saw outside the riot at the U. S. Capitol last week. SEC Photo.

Isaiah Jackson said that was upset by the pictures of a noose that he saw outside the riot at the U. S. Capitol last week. SEC Photo.

LOUISVILLE, Ky. (WDRB) -- The safe move for the University of Kentucky basketball team would have been no move.

Simply go to Florida last Saturday and play basketball. Build on the good vibes this struggling team created with wins over Mississippi State and Vanderbilt.

Concentrate on the return of Keion Brooks. Climb back into NCAA Tournament discussion.

Lock in on the game Kentucky will play against Alabama on Tuesday night in Rupp Arena, the one that will determine if the Wildcats or Crimson Tide will be in first place in the Southeastern Conference.

John Calipari’s team checked all those basketball boxes. They played their finest game. They won by 18. But first, before the game, they took a knee against the racial and social injustice they see in their world.

Good for the players. Good for Calipari and his staff.

They did it knowing a slice of their adoring fans would stop being adoring and advise them to stick to basketball. Or something uglier.

“We understood that our gesture would have consequences,” Olivier Sarr said.

They did. He did.

“We just want people to understand that we know they would be mad or (perturbed) at what we did,” Sarr said.

“We just want people to understand it’s just a peaceful way to protest in the way we can, using our platform.

“We just want people to understand, to raise awareness and that’s it ... whoever has other opinions on that, it’s OK. We all have an opinion. I’m just proud that coach stood with us.”

“With the world we’re living in now, I think everybody knew (some reaction would be negative),” freshman Isaiah Jackson said.

You can applaud. You can say you’re finished with Kentucky basketball.

Doesn’t matter. What the players wanted was your attention. They simply wanted to make you think.

That’s why they refused to travel the safest path in Gainesville. They made a move that would have been easier to avoid.

They did it knowing you might appreciate their passion or that they could annoy you to the point that you're finished with UK basketball.

They shared their opinions when simply enjoying the benefits of being a Kentucky basketball player would have been the more comfortable option. Their world is secure.

On a 3-6 team, fans didn’t need extra reasons to post hateful things on message boards or social media. Only a few months ago, people were fussing about whether Adolph Rupp's name should remain on the arena where the Wildcats play.

Sarr and Jackson said they did it because of the images they saw from the riot that developed at the U.S. Capitol last Wednesday as well as other injustices they have seen over the last year.

“I think our actions speak for itself,” Sarr said. “What happened in the past few days, few weeks. And even during quarantine.

“We just want to show support for our community and raise awareness on the things that happen lately.

“It comes from a place of understanding, peaceful and having conversations and being open minded.”

“It was a couple of things,” Jackson said. “Like I saw a noose (pictured outside the Capitol). I felt like that was out-of-pocket. That’s something people shouldn’t do.

“People have their own opinions, but I feel like that’s just out-of-pocket. (Protestors) just breaking in (to the Capitol) is just crazy to me.”

The players learned something that will serve them long after they’re finished shooting and scoring. They learned to speak for themselves — and how to deal with every consequence likely to follow.

From the people who appreciated their decision — and the ones that did not.