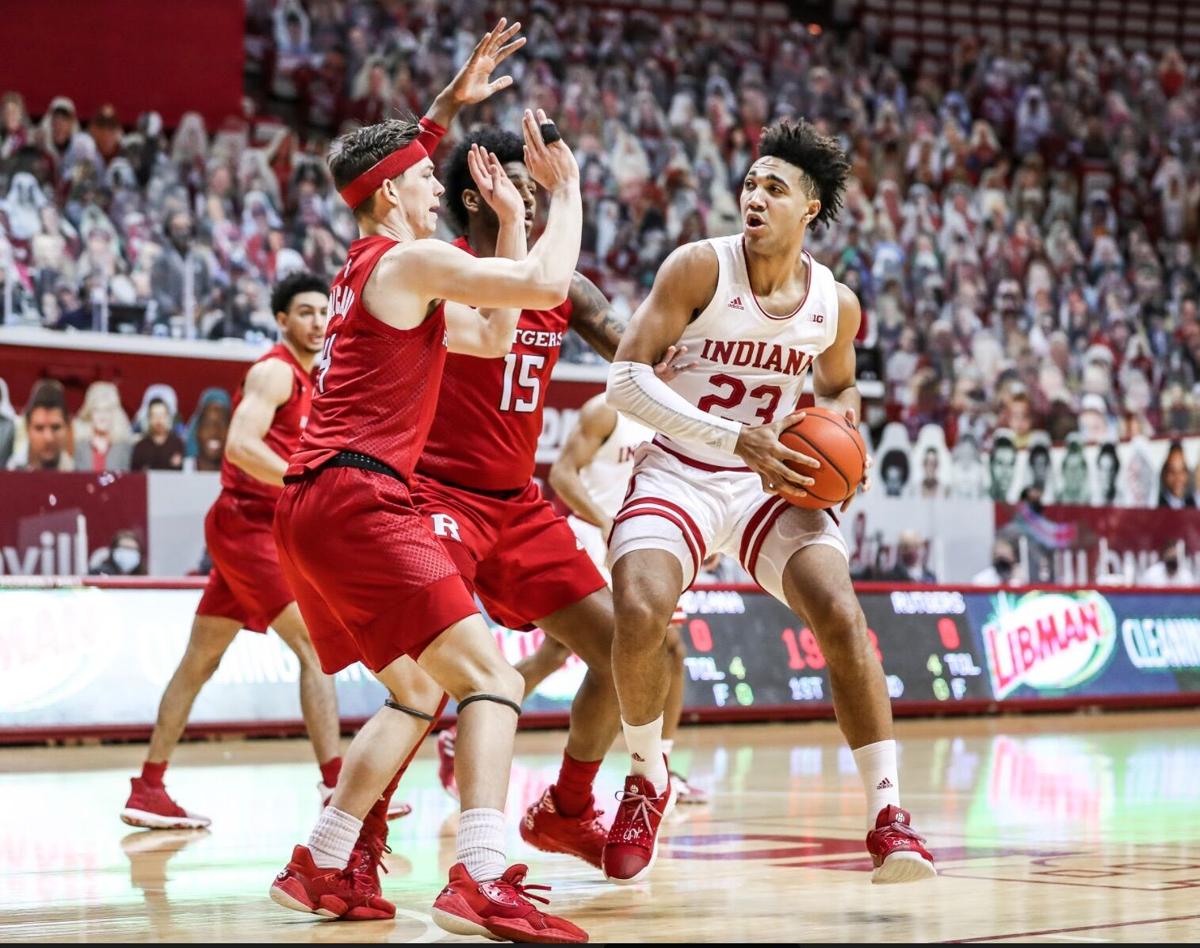 But in the last 15 days, Louisville, Kentucky and Indiana have lost eight of 11 combined games. None of the three programs has won more than once.

The trend line is ... well, A) interesting; B) concerning; C) unusual and D) all of the above.

Then we get to Selection Sunday. and Louisville, Kentucky and Indiana do not get invited to the NCAA men’s basketball tournament.

That has not happened since 1965 — when the field featured 23 teams, roughly a third of the 68-team group that will be invited by the NCAA Tournament Selection Committee on March 14.

Odds are all three will not be shutout this season.

I repeat: Odds are all three will not be shutout.

The latest forecast at BracketMatrix.com has Louisville safely in the field as a No. 7 seed, Indiana on the bright side of the bubble as an 11-seed and Kentucky 16 spots outside the field with its 5-10 record.

In other words, if the field was picked today, Louisville and Indiana would be bound for Indianapolis. The streak would continue.

But ... this will not qualify as an epic season on the local college scene. Two college coaches who follow the game closely endorsed that view.

“Good teams have two dudes who get it done every night,” said one college coach who has watched multiple U of L, UK and IU games. “Great teams have three.

Louisville labored to put 50 points on Clemson. Kentucky scored 59 in two of its last four games, losses at Auburn and Alabama.

“Really good teams don’t score in the 50s,” another coach said. “I don’t care about the reasons. They just don’t. Not the teams that have a legitimate chance to make a run in the (NCAA) Tournament.”

Starting with a trip to Syracuse next Wednesday, the Cardinals still must visit the Orange, Virginia, Virginia Tech, North Carolina and Duke. The road was not kind to Louisville at Miami or Wednesday night at Clemson.

There have been several flashing lights in Louisville’s last three losses:

The Cards wobbled from the 3-point line, making 20% of their attempts — 12 of 60. Against Miami, Florida State and Clemson, Louisville allowed twice as many 3-pointers as they made.

David Johnson had nine turnovers and only four assists in those three losses. Against the Hurricanes, Seminoles and Tigers, Johnson shot two free throws, making one.

“I don’t know if they have an offensive identity,” one coach said. “They definitely don’t have a consistent post player (with Malik Williams injured).”

There’s no reason to discuss the NCAA Tournament — unless the Wildcats win the Southeastern Conference Tournament. That is their only path.

According to Pomeroy, the Wildcats are the worst team in the SEC in making 2-point field goal attempts. They don’t force enough turnovers. They’re likely headed for 15 or 16 defeats.

“Where do you start?” one coach said about UK. “They’re so bad offensively because they can’t shoot and they don’t have a guy who can consistently go get you a basket.

“I’m surprised (Calipari) hasn’t tried to change things up, like play faster and take advantage of their athletic big guys. They’re running most of the same stuff they’ve run since he’s been there. They just don’t have the same players running it.”

The computer models are not predicting 15 or 16 losses for Indiana. They are predicting 12 (Pomeroy) or 13 (Torvik) for Archie Miller’s squad.

Here is the danger zone for Indiana: The Hoosiers have already lost what were supposed to be two of their most winnable home games — Northwestern and Rutgers.

Of the nine games that remain on their schedule (with two postponed), seven are against teams likely to make the NCAA Tournament.

What’s fascinating about the Hoosiers is Pomeroy’s formula forecasts that every remaining game will be decided by four points or less.

IU’s calling card is supposed to be defense, but the Hoosiers rank 13th in the Big Ten in three-point defense.

“Trayce Jackson-Davis is terrific, one of the best big men in the country,” a coach said. “He just doesn’t have enough help inside.

“And their guard play just hasn’t been consistently good enough. I’m not just talking about shooting the ball. I’m talking about making the right plays and the right decisions, too.”