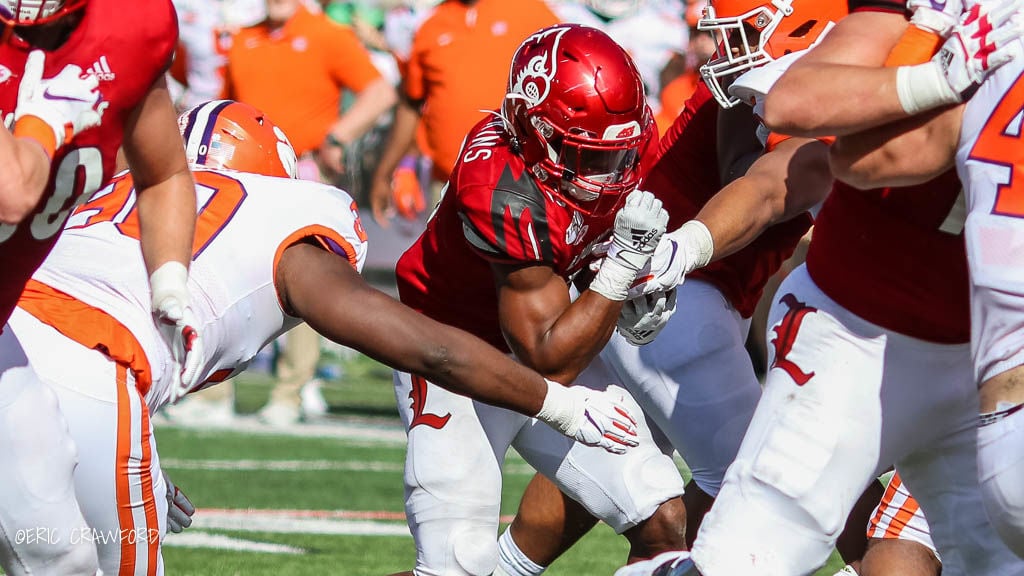 Louisville's Javian Hawkins has been the Cardinals' top rusher this season but will face a challenge against the Kentucky defense. WDRB Photo/Eric Crawford 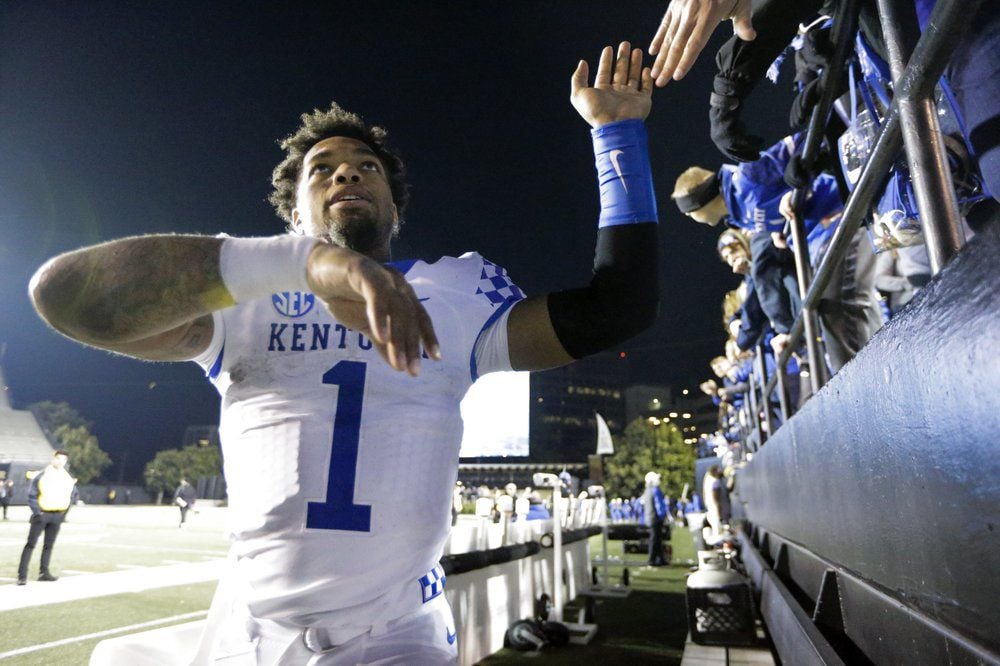 Louisville's Javian Hawkins has been the Cardinals' top rusher this season but will face a challenge against the Kentucky defense. WDRB Photo/Eric Crawford

Last season the Wildcats bounced into Louisville and handled the Cardinals, 56-10, in Cardinal Stadium.

Nobody has predicted a victory margin of 27 or 46 points Saturday for the annual Governor’s Cup game in Lexington. The spread is only Kentucky by a field goal — and that means if the Cardinals and Wildcats played on a neutral site the game would be considered even.

Here is How (and what) to Watch:

4. Scouting the Cardinals: After another dazzling 608-yard offensive performance in a Senior Day home victory against Syracuse last Saturday, coach Scott Satterfield's team will face its toughest defense challenge since the Clemson game.

Louisville has averaged 453 yards on offense per game this season, rolling to at least 326 yards against every opponent except Clemson. Kentucky has allowed only 321 yards per game and limited its last six opponents to 305 yards or less.

Kentucky has limited half of its 12 opponents to 150 yards or less rushing. Louisville has rushed for at least 156 yards in nine of 11 games.

Will the Cards’ offensive front be able to handle Kentucky and enable halfback Javian Hawkins to maintain his 116 yards per game pace.

5. Scouting the Wildcats: As formidable as Louisville has been running the ball, Kentucky has been better. Kentucky ranks 11th nationally in rushing offense at 252 yards per game.

Louisville’s run defense has not been exceptional. The Cards’ rank 87th, allowing 183 yards per game. Louisville has allowed 197 yards or more rushing in three of its four defeats.

On the flip side, unlike Louisville, Kentucky cannot pass the ball. Or will not pass the ball. The Wildcats rank No. 126 (of 130 teams) in passing, averaging just 127 yards per game. Kentucky has passed for 100 yards once in its last seven games.

6. Spotlight player: Kentucky quarterback Lynn Bowden Jr. remains the man to watch after he saved the Wildcats' season by switching from receiver.

Bowden, a likely NFL draft pick at receiver and return specialist if he decides to enter the 2020 draft, needs 41 yards to reach 1,000 on the season. He has rushed for 100 yards in five of UK's last six games and finished with 99 against Georgia.

Since the Arkansas game, Bowden has rushed for 852 yards on 116 carries, a per carry average of 7.3.

7. Sideline storyline: The game is Satterfield’s first in the Governor's Cup rivalry. After losing his first three games to Louisville, Stoops has won two of his last three.

By defeating Kentucky, Louisville would finish the regular season with eight victories, a six-game improvement from 2018. It would be the largest improvement by any Power Five program. A victory over the Wildcats would also be the Cardinals' sixth against a program that defeated Louisville last season.

By defeating Louisville, Kentucky would improve to 7-5, the fourth consecutive year the Wildcats have won at least seven games. The last time UK won seven or more games in four consecutive seasons was 2006-09 under Rich Brooks.

The Wildcats will honor 11 seniors during a pre-game ceremony.

Kentucky bill would require sex education in all grades, staring in kindergarten