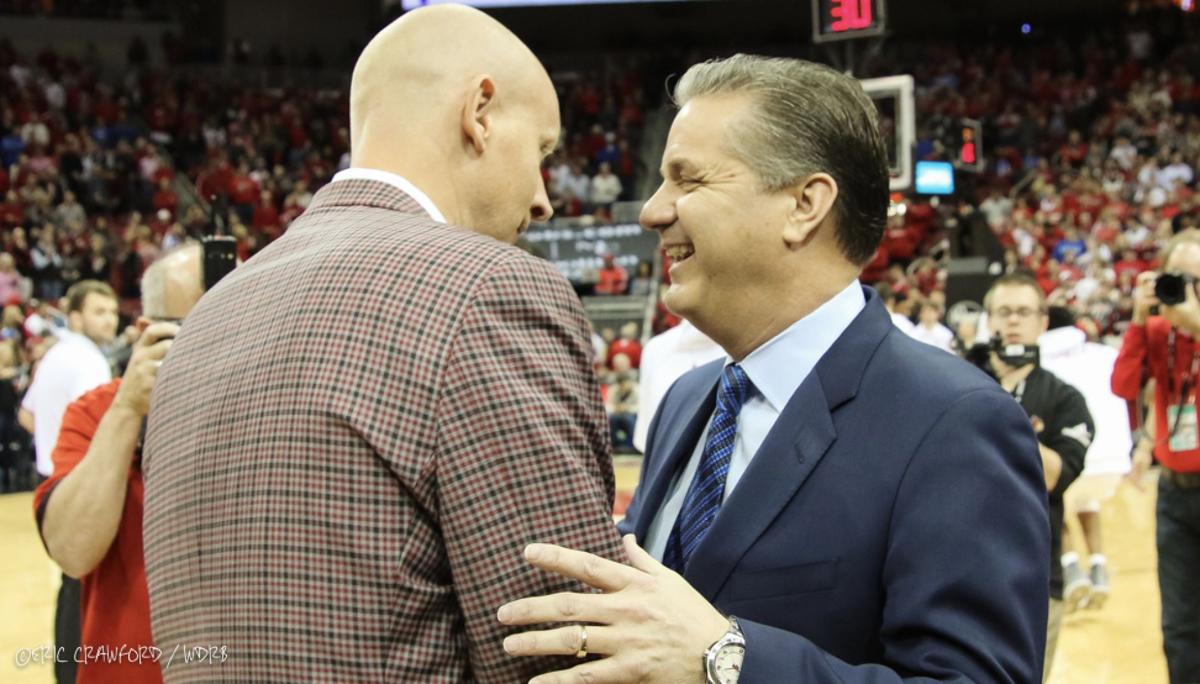 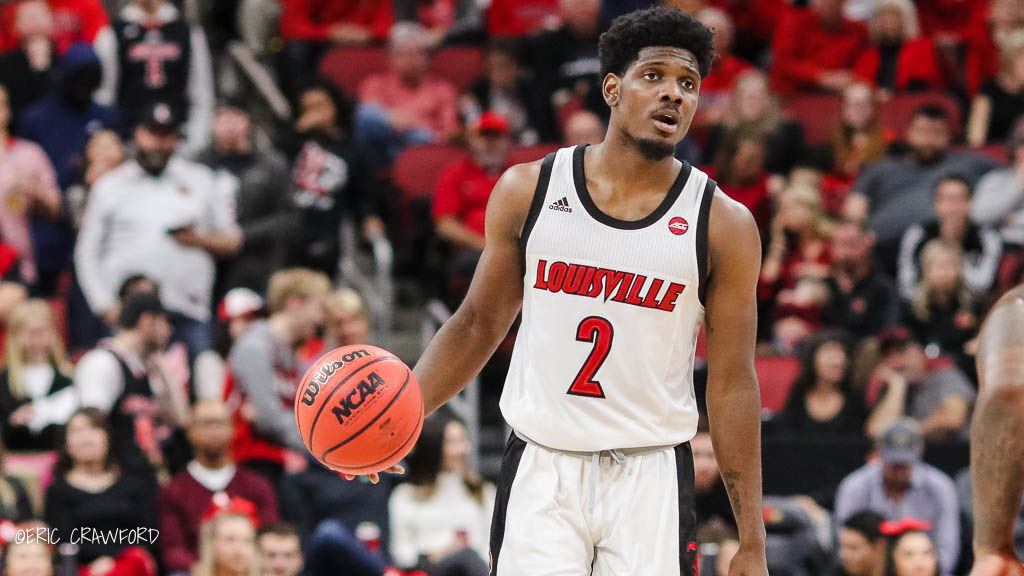 The Wildcats have lost two - T-W-O! - straight. One was against a Utah team that got pummeled by San Diego State by 28 points three days later.

Get this: A win over Kentucky on a neutral floor only counts for a Quadrant 2 win in the NCAA NET computer formula.

Can you imagine what the message boards will scream if Kentucky is caught dragging a three-game losing streak into Southeastern Conference play?

Who needs a win more Saturday -- Louisville or Kentucky?

Kentucky has won 10 of 12 and five straight in Rupp Arena against Louisville. Is this the year the Cardinals turn around the rivalry?

The Wildcats would stop being the world’s Super Bowl.

No, no, no. This is a Must Win for Louisville.

The Cards taken the bus home with extra-strength heartburn the last five times they’ve been to Lexington. For Louisville, this rivalry has become as much fun as a tax audit.

The Wildcats have won 10 of the last 12. That’s not a rivalry. That’s a lecture.

Kentucky and John Calipari were so deep into Rick Pitino’s psyche that Pitino tried to enter on the exit ramp at Rupp Arena. He ran even faster from the post-game microphones.

I thought David Padgett would eliminate, or at least ease, the hyperventilation that overwhelmed the Cards when they crossed into Shelby County. But the game two years ago was as ugly as it has gotten for Louisville. 90-61?

Now Chris Mack has a chance to show he can construct a team that doesn’t flinch — and that’s a quality the Cardinals could use. They’re booked for a trip to Notre Dame in two weeks and another to Duke in three weeks. South Bend and Durham have produced Cover Your Eyes moments for the Cardinals, too

But, who needs it more?

Kentucky, which is 8-3 although people talk about the Wildcats as if they were 5-6.

Or Louisville, which is ranked third in the Associated Press Top 25 and understands that part of the job of remaining a Top 5 team is bouncing into a hostile road environment without a trace of panic?

Kentucky — The Wildcats were ranked No. 72 in the latest edition of the NCAA’s NET ratings that are one tool the Tournament Selection Committee uses to pick and then seed the field.

That is behind East Tennessee State, Akron, UNC Greensboro — among others.

That’s not the DNA of a team on the path of taking John Calipari to his first Final Four since 2015 — and, yes, I’ve heard the comparisons to the 2014 team.

Louisville — The Cards haven’t won in Lexington since people whispered about the things Billy Gillispie allegedly did when he wasn’t in the practice gym. Kentucky lost 13 times that season (2008). Louisville beat that 2008 UK. So did Gardner-Webb, UAB and San Diego.

Kentucky — At SeatGeek.com, folks are asking from $119 to $1,639 (court-side) for a ticket Saturday at Rupp. There’s nothing in the fine print promising a refund if the Wildcats lose.

Louisville — It’s never too early to obsess about earning a No. 1 seed for the NCAA Tournament. Beating Kentucky at Kentucky would be a nice card to play (even though Evansville could also play it).

Kentucky — Would you want to be on the first John Calipari team to lose to Louisville in Rupp Arena?

Louisville — Louisville forward Jordan Nwora made the cover of the latest edition of Basketball Times and continues to lead Vernon Carey of Duke in Ken Pomeroy’s player of the year ratings.

What better way to elevate your national player of the year candidacy than beating your rival on national television?

Kentucky — The Wildcats have nearly run out of opportunities to strengthen their out of conference resume for Selection Sunday. They need something to post on the line under Beating Michigan State.

Kentucky — The Wildcats still have a string of guys considered more talented than the folks on Louisville’s roster.

The recruiting gurus would be embarrassed if a team as touted as Kentucky lost to guys who never got close to making the cut on Kentucky’s recruiting wish list.

Louisville — The Cards believe they are a better team. If they are, it’s time to prove it.

SUNDAY EDITION | LG&E’s ‘community’ solar farm is growing. Is it a good deal?