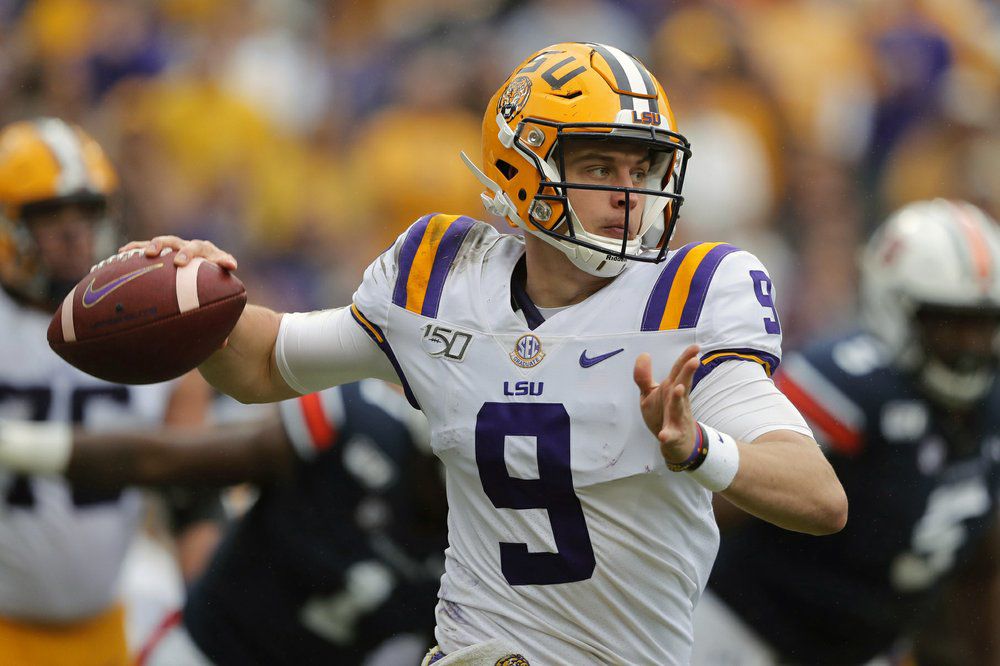 Louisiana State and quarterback Joe Burrow are in the driver's seat for the top spot in the college football playoff. (AP Photo/Gerald Herbert, File) 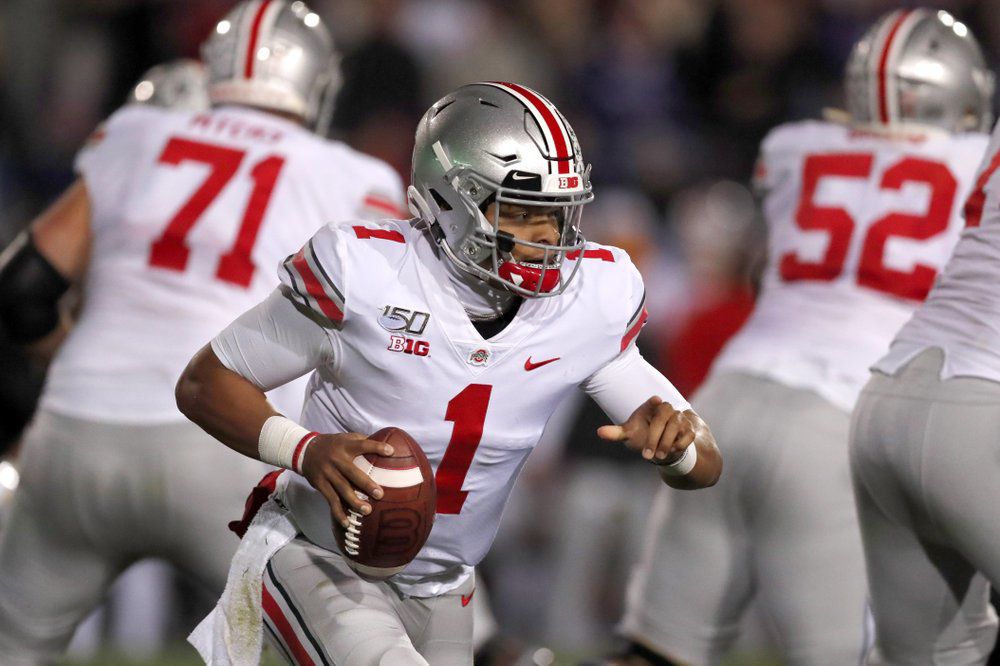 Louisiana State and quarterback Joe Burrow are in the driver's seat for the top spot in the college football playoff. (AP Photo/Gerald Herbert, File)

LOUISVILLE, Ky. (WDRB) — Remember all that fussing about how we had to squeeze nine unbeaten teams into four spots for the college football playoff?

Well, all that fussing has stopped.

Only three unbeaten — and one winless — FBS teams remain.

Now we have a different type of fussing. Six or seven teams fussing about one unclaimed spot.

It’s guaranteed to inspire more fussing about SEC bias, Big Ten bias, the snubbing of the Pac-12 or Big 12 and other afflictions.

As the sniping escalates, let’s enjoy the Top Five/Bottom Five.

1. Louisiana State (10-0) — Yes, the defense was less than spectacular against Ole Miss. Did you do everything perfect all weekend?

2. Ohio State (10-0) — If the Buckeyes finish the season by toppling Penn State, Michigan and Minnesota/Wisconsin, they should be on the top line — or they can allege SEC bias.

4. Georgia (9-1) — If the Bulldogs beat LSU in the SEC title game, they’ll check the necessary boxes. If they don’t, look to line five.

5. Utah/Oregon (9-1) — The Utes lost to Southern Cal. The Ducks lost to Auburn in the final seconds. Were either defeats as bad as Georgia’s stumble against South Carolina in Athens? Snipe alert.

5. The ACC — Georgia Tech loses to Virginia Tech by 45. Wake Forest loses to Clemson by 49. Duke loses to Syracuse by 43. The bottom fell out of the bottom of the ACC — and the middle of the league isn’t impressing the pollsters either.

4. Baylor — Up 28-3 with 41 minutes to play and still ahead 31-17 with a win probability of 92.4 percent a minute into the fourth quarter, the Bears played liked Da Bears and lost to Oklahoma.

3. Texas — My guess is that the Longhorns did not agree to pay Tom Herman $6.75 million to lose to LSU, Oklahoma, TCU and Iowa State. But that’s just a guess.

2. Chip Kelly — Mr. Offensive Genius appeared to be figuring it out when the Bruins won three straight and improved to 4-5. Then they played Utah — and lost 49-3. Back to the genius lab, Chipper.

1. Akron (0-10) — Let’s get serious here. There is one winless team among the 130 FBS programs. It’s the Zips, who have been outscored by an average of 26.3 points per game. Sounds like the perfect group to schedule for a future September.

Health officials in Kentuckiana preparing for potential spread of coronavirus

TARC tells leaders it's back on track, but some disabled riders disagree