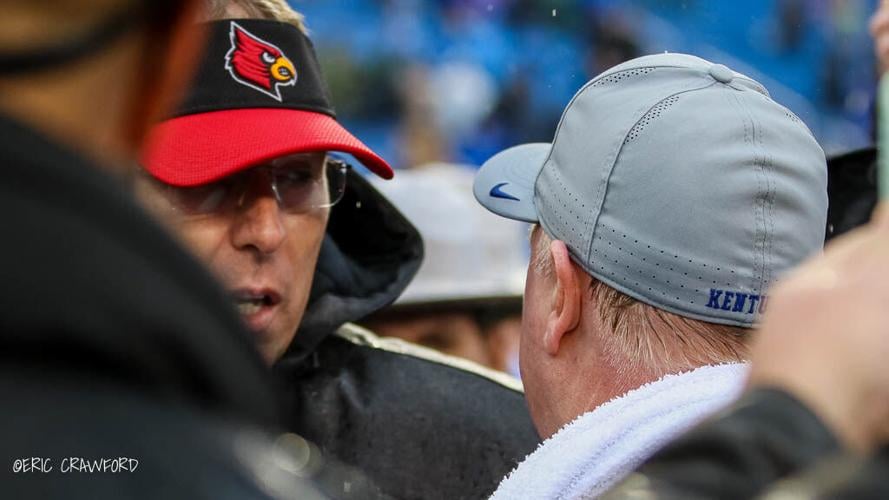 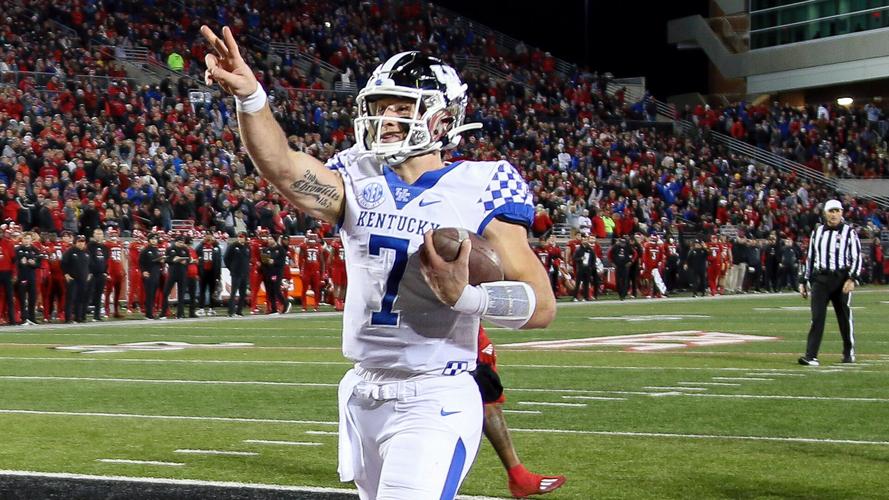 LOUISVILLE, Ky. (WDRB) — The time was when we'd be three weeks deep into screaming about the season-opening football game between Louisville and Kentucky.

Who needs it more? Who has more questions? Who's the player the other team must stop? Who's doing the best job of talking trash?

Those days are over. Have been since the Governor's Cup shifted from Game One to the final game on the schedule. This season it is booked for Nov. 26 at Kroger Field in Lexington.

Who wants to wait to fuss until then about Kentucky being favors by 7 1/2?

There's stuff we need to howl about today — like which program is generating more buzz as June burns into July?

Gotta be … Louisville (hey, I flipped a coin).

Have you seen the way that Cards coach Scott Satterfield and his staff are recruiting? They're hitting it like their jobs depend upon it.

And 32 spots better than Kentucky, which sits at No. 43 with seven commitments.

Hey, on Monday, Rueben Owens of El Campo, Texas, the top-ranked running back in the nation, committed to Louisville's 2023 class, giving Satterfield a 5-star to go with the four 4-stars and five 3-stars who have pledged to the Cardinals.

Social media nearly melted down. Michael Bush is the only guy in program history with more recruiting juice. The Owens commitment earned the Cardinals publicity from ESPN, Sports Illustrated, CBSSports, The Athletic and USA Today.

On Tuesday morning, I got a text from a producer at SicEm365Radio, which I believe is based in Waco, Texas to talk sports — and I don't think they are going to ask me about Kenny Payne or the Kentucky Derby.

But for all the buzz about the Cards, there's more about Mark Stoops and Kentucky, right?

Have you seen the local issue of Athlon Sports College Football Yearbook?

The entire cover of the regional edition is a snapshot of UK quarterback Will Levis.

Not this year. There's not even a mention of the Cards on the cover. Not a photo. Not a word. Louisville is tucked on page 68, predicted sixth in the Atlantic Coast Atlantic Division, ahead of only Syracuse, the Cards' opponent in a Must-Win opening game. Athlon has U of L 6-6, 3-5 in the ACC.

I checked with the editors with Athlon. The magazine produced 34 regional covers that feature 19 different quarterbacks. Levis made the cover cut, along with guys like Bryce Young of Alabama and CJ Stroud of Ohio State.

No wonder Athlon forecasts Kentucky No. 21 in the nation, third in the SEC East (behind Georgia and Tennessee) with an 8-4 overall record, 4-4 in the league.

Fantastic. Just don't tell anybody in Lexington what Tom Fornelli posted at CBSSports.com.

In a story headlined, "These five breakout Power Five college football programs will likely take a step back in 2022," guess who made the cut?

That's correct, Levis, Stoops and the UK football program. The Wildcats were the first team listed, ahead of Michigan State, Oklahoma State and Purdue.

Here is what Fornelli says is the problem: Kentucky's 10-3 record last season will be difficult to repeat because the Wildcats won 5 of 6 games decided by one score or less.

In the three seasons prior to 2021, UK went 11-7 in one- score games. Apparently Fornelli expects a regression to the mean because UK must go on the road and beat Florida and Missouri, programs the Wildcats defeated by 7 points at Kroger Field last season.

Could be. History shows that 10-win seasons should rarely be the expectation in Lexington.

But an anonymous opposing coach said something considerably more cutting about the Cardinals in the Athlon yearbook.

You decide, but Mr. Anonymous started by saying: "It's win-now time. Other than Georgia Tech, this is the job that people think is going to come open in the league. You watch the coaching and player turnover stack up, and it seems like they've drifted from what made (Scott Satterfield) successful at Appalachian State …"

Mr. Anonymous was only warming up.

He also said the Cards don't seem settled on what they want to do with Malik Cunningham at quarterback … and that defensively Louisville is very average at best … that it seems like they're always "scrambling to rebuild their roster and define themselves" … and that Mr. Anonymous thinks "the school and the head coach figured out they're not a great fit for each other a while ago, and there hasn't been a way to create a break yet."

There is a bunch of buzz at both schools — good and bad. Which one is kicking up the most?