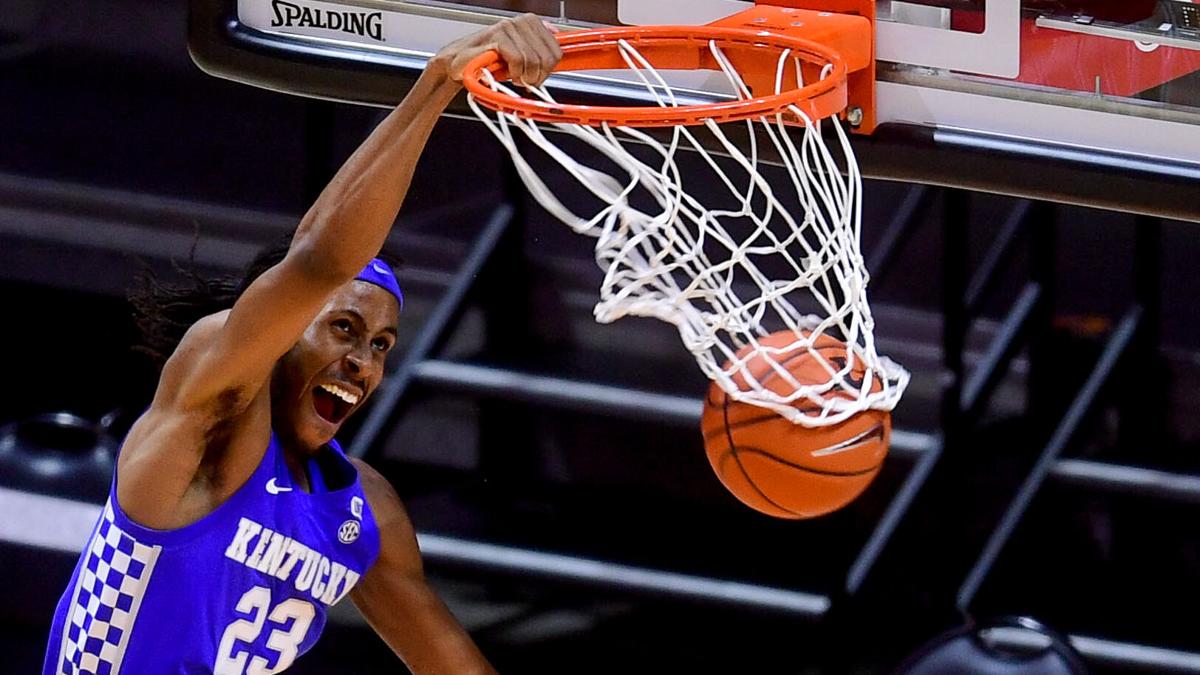 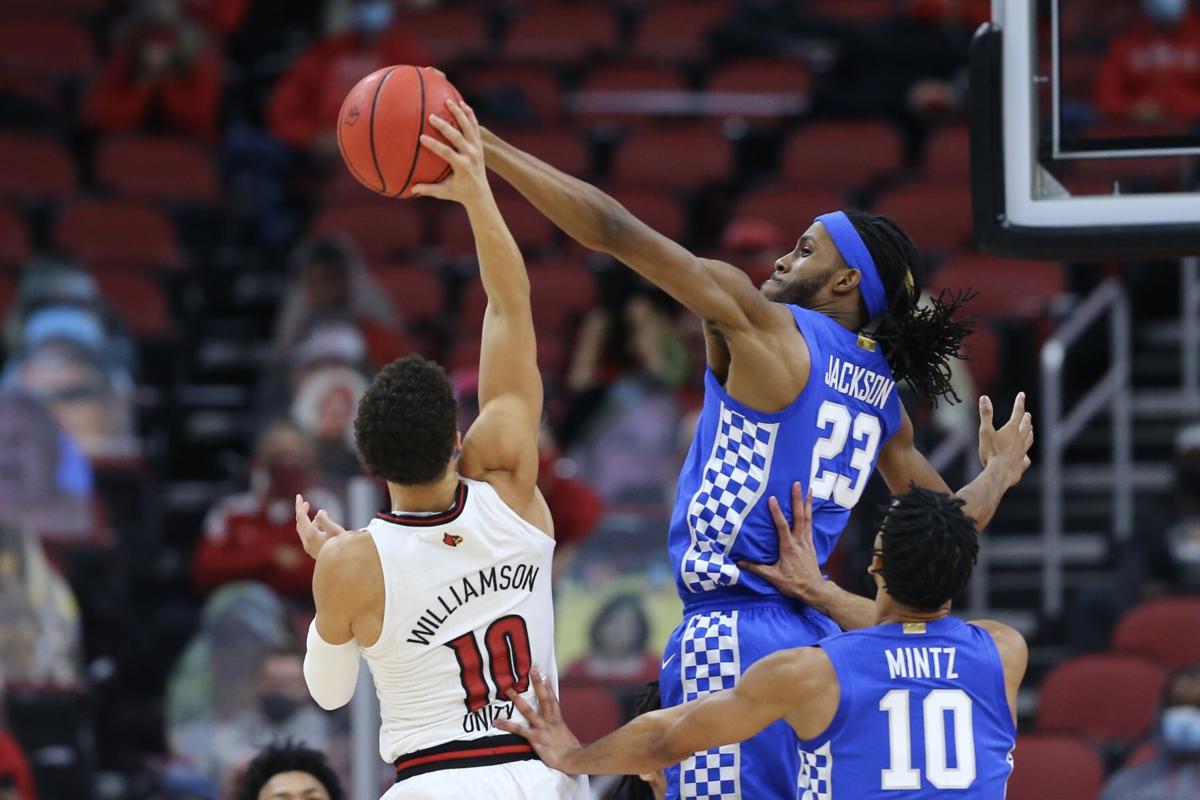 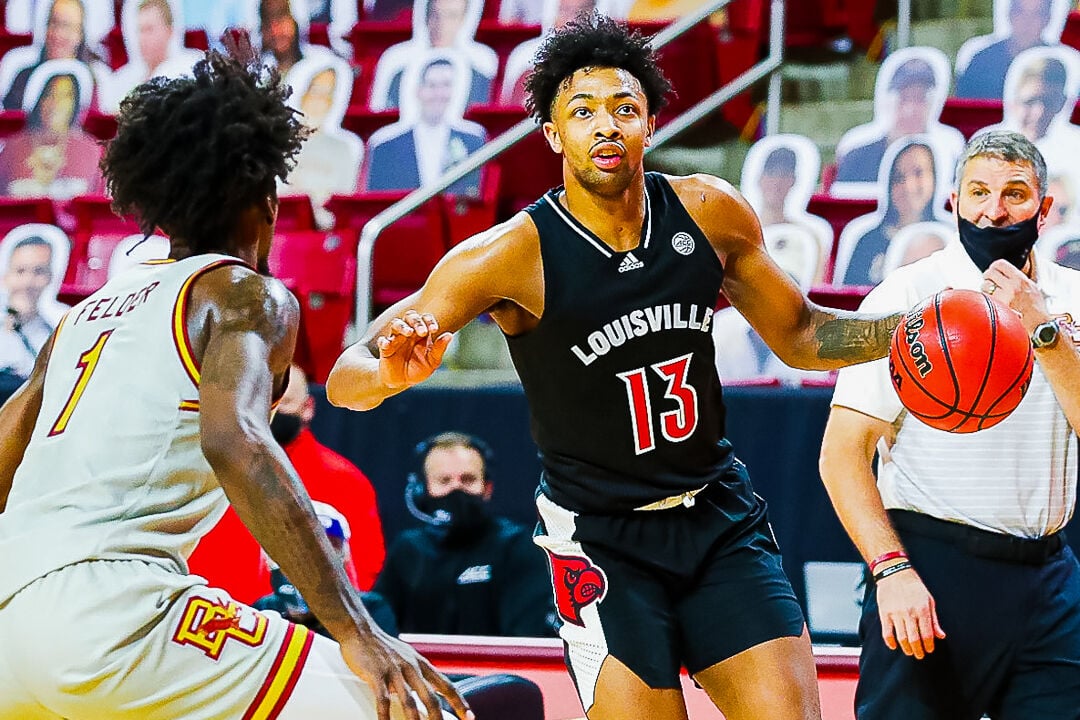 LOUISVILLE, Ky. (WDRB) — The University of Kentucky basketball program extended its streak of producing a first round pick in the NBA Draft to 12 years Thursday night when forward Isaiah Jackson was taken with the No. 22 overall pick.

Although he was selected by the Lakers, Los Angeles made the pick for the Washington Wizards, who quickly traded Jackson to the Indiana Pacers, according to Shams Charania of TheAthletic.

Western Kentucky center Charles Bassey went 53rd to the Philadelphia Sixers. Bassey averaged 17.6 points and 11.6 rebounds during his third season for the Hilltoppers.

Jackson is the 31st Kentucky played coached by John Calipari taken in the first round since 2010, when five Wildcats (including John Wall and DeMarcus Cousins) were taken in the round one.

In the most poignant Draft moment, NBA commissioner Adam Silver honored Kentucky guard Terrence Clarke after the 14th selection by announcing the league drafted him.

With the next pick in the 2021 NBA Draft, the NBA selects Terrence Clarke from the University of Kentucky. #LLTC5 💙🤍 pic.twitter.com/fJYvShrgK3

Clarke, 19, died in an automobile accident in Los Angeles on April 22. Clarke was living in L.A. to begin preparations for the Draft. He declared for the NBA after his freshman season. Clarke’s mother, Osmine, along with two of his siblings, were introduced to the crowd at the Barclays Center in Brooklyn, N.Y.

Boston averaged 11.5 points in his only season at Kentucky after arriving the No. 5 recruit in the nation. But he made less than 36 percent of his shots and struggled on defense, sliding 21 spots out of the first round.

Cade Cunningham, a UK recruit who excelled at Oklahoma State last season as a freshman, was taken first overall by the Detroit Pistons.

Four of the first five picks were college freshmen, continuing the trend of the last decade. But two of the first seven picks were products of the NBA’s G-League — Jalen Green, taken second by Houston and Jonathan Kuminga, who went No. 7 to Golden State.

The first two players taken from the Southeastern Conference were Joshua Primo of Alabama, who went No. 12 to San Antonio and Moses Moody of Arkansas, taken 14th by Golden State.