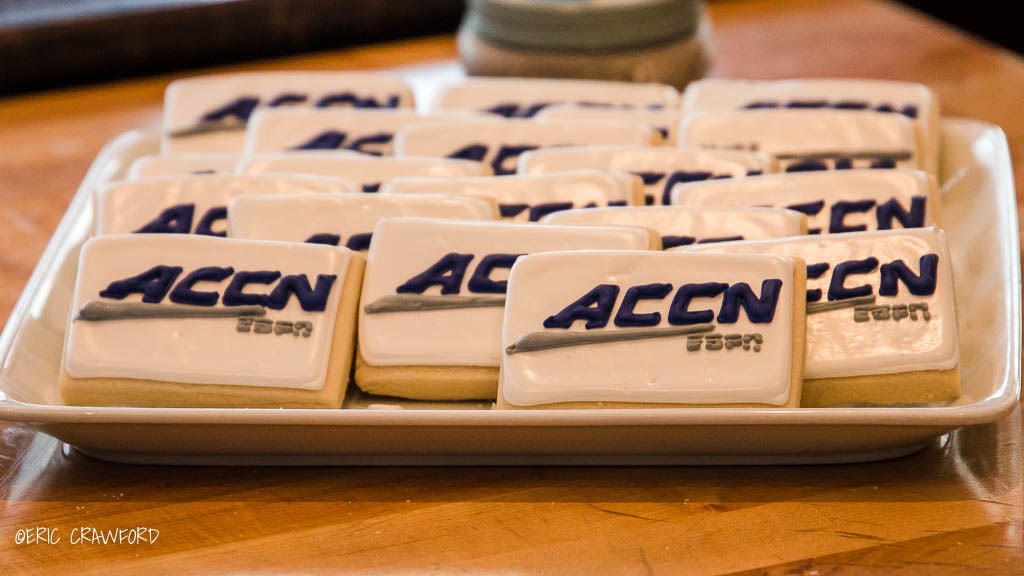 The ACC Network got a sweet introduction at the conference's annual football media days. 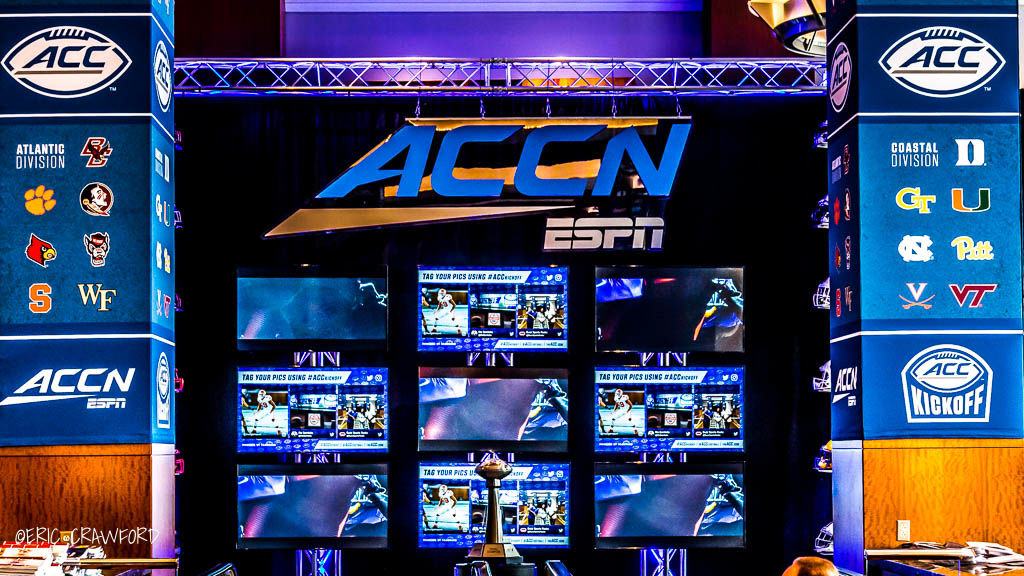 The ACC Network was front and center at the league's football media days in July.

The ACC Network got a sweet introduction at the conference's annual football media days.

The ACC Network was front and center at the league's football media days in July.

LOUISVILLE, Ky. (WDRB) – The long-awaited debut of ESPN’s ACC Network is tonight at 7, and though not all Louisville viewers will have access to it, the network figures to have a lasting impact on the University of Louisville athletic department.

Like other ACC schools, U of L constructed an ACCN studio on its campus. The football program will be the subject of an all-access show, which will make its debut on Sept. 1, the night before the Cardinals’ football season-opener against Notre Dame.

The network is expected to bring additional revenue to U of L and its fellow ACC members, but how much depends on how wide the distribution of the network will reach. The ACC is the fourth Power 5 Conference to launch a network venture, and will become ESPN’s ninth television channel.

Just hours before its 7 p.m. launch, the ACC Network has deals in place with Spectrum cable (Channel 937 locally), which covers much of Louisville, as well as DirecTV. The network is not, however, available on AT&T Uverse, Dish Network and other major cable providers like Comcast.

Among the other outlets for the network are: Google Fiber, Hulu Live TV, Optimum, PlayStation Vue, Suddenlink, TVision, Verizon Fios, members of the NCTC, NRTC, Vivicast and YouTube TV, as well as some smaller cable systems.

“We are very pleased with the distribution agreements that we have in place currently,” said Rosalyn Durant, ESPN’s senior vice president, college networks. “And as you’d imagine, we continue to have lots of conversations, and productive conversations, with other distributors for ACC network coverage, in the ACC footprint and beyond the footprint.”

That list reflects the growing influence of streaming services, but access to the ACC Network – or lack of it – for most will be tied to cable systems. No stand-alone digital access is available to the network outside of subscriptions to one of those services that carries it.

When the network goes live with a two-hour edition of its ACC-themed SportsCenter-type signature program, “All ACC,” tonight at 7, the first 10 minutes will be available across seven different ESPN channels. When the switch is flipped to ACC Network only, a fair number of viewers will be left out – for now.

That show leads into a special documentary, “The Class that Saved Coach K,” followed by a panel discussion featuring players from Duke’s 1982 recruiting class that took the program to the 1986 NCAA championship game against Louisville.

At 11, the network will introduce its college football show, “The Huddle.” The Thursday 30-minute launch special will introduce viewers to host Jac Collinsworth and analysts Eric Mac Lain, EJ Manuel and Mark Richt. The quartet will be back on Friday, Aug. 23 at 8 p.m., for The Huddle: Season Preview – a two-hour show featuring a comprehensive preview of ACC football.

In its first season, the network expects to air 450 live contests, including 40 regular-season football games, 150 men’s and women’s basketball games, and 200 other regular-season competitions and tournament games from across the ACC’s 27 sponsored sports.

With more than 2,000 bottles and counting, Doc's Bourbon Room bar to open on Whiskey Row in February