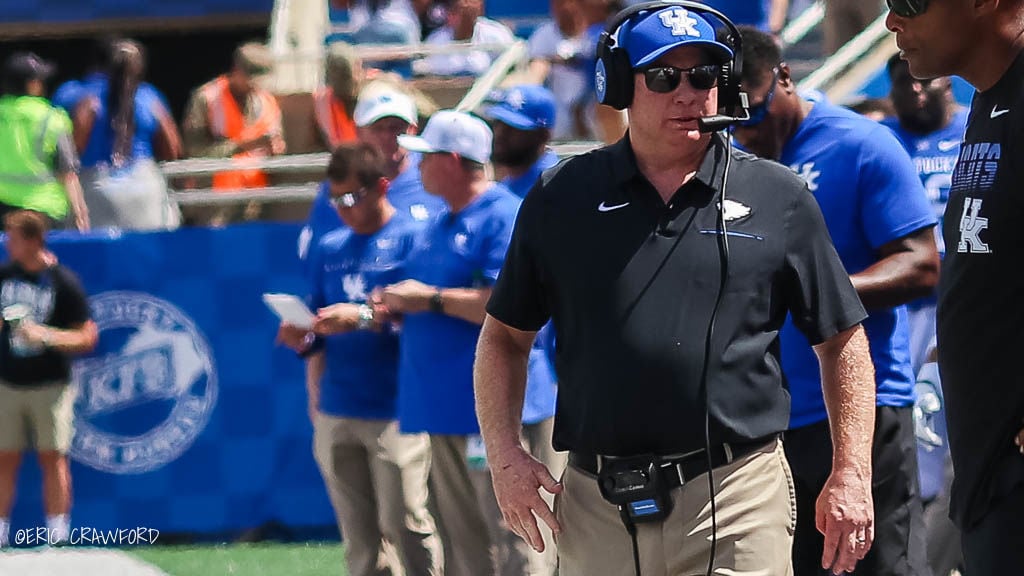 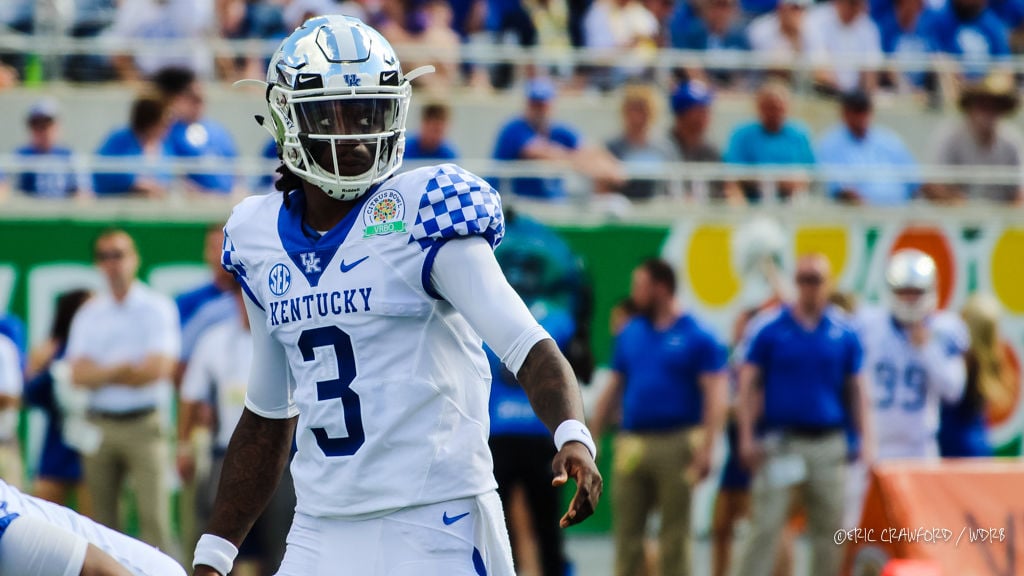 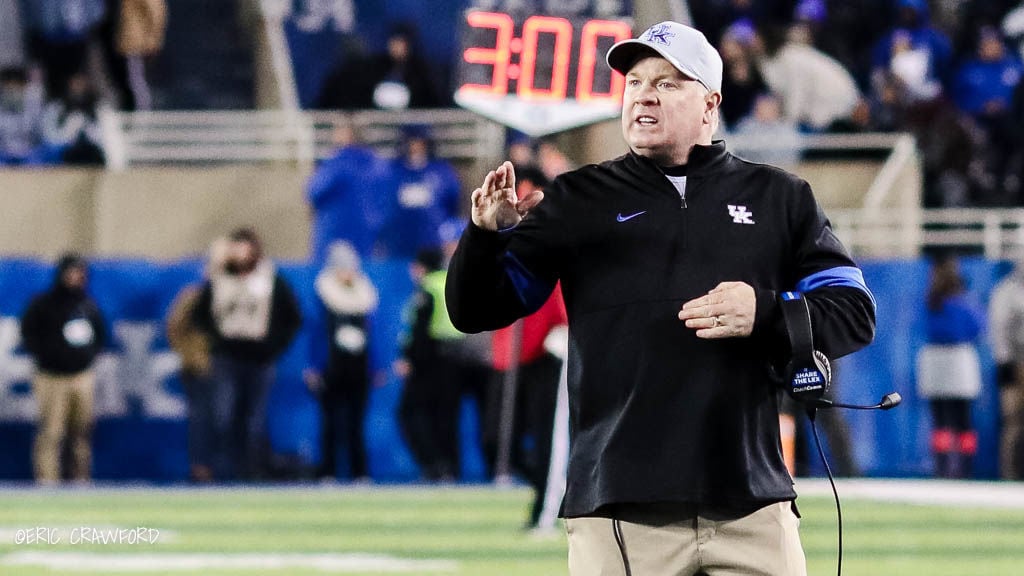 LOUISVILLE, Ky. (WDRB) -- They are two words that few people saw in their crystal balls when predicting the University of Kentucky’s football season – unless something went horribly wrong.

The offense, most would concede, has gone horribly wrong.

Kentucky ranks No. 91 in the nation in passing yards per game (out of 101 teams). Among teams that have played at least four games, only South Florida, Western Kentucky, Virginia and Kansas average fewer.

At Missouri on Saturday, the Wildcats completed only 5 of 14 passes for 50 yards, with starter Terry Wilson (4-11, 38 yards and 1 TD) being lifted for Auburn transfer Joey Gatewood at one point in the 20-10 loss.

Now, the two, along with true freshman Beau Allen, will enter a competition to see who gets the honor(?) of starting against No. 5 Georgia and the nation’s No. 4-ranked rushing defense Saturday. The team depth chart lists the tandem with an “OR” in between this week.

“We'll see how it goes throughout the week,” Stoops told reporters on his weekly Monday video conference. “Haven’t had the opportunity to meet with those guys with Sunday being a day off. We have our meetings coming up, so we’ll see where everything is after a couple of days.”

Wilson, who came back to the starting position after missing most of last season following an injury, was expected to pick up where he left off but has struggled in the run-pass-option game. And despite completing 61% of his throws, he hasn't had great downfield success, averaging just 6 yards per attempt.

Gatewood, a top-50 recruit when he chose Auburn, has played in UK’s last three games but hasn’t been much more effective. He came on when Wilson was lifted after the first three series at Missouri but couldn’t get much going, and Wilson came back in before the end of the half to lead a scoring drive. Gatewood has competed 2 of 5 passes for 18 yards in limited action.

Stoops said even Allen will be in the mix, though he acknowledged it’ll be tough to get all three enough quality reps. Wilson will miss Monday’s practice with a minor injury, so it’ll be easier to look at the other two. Gatewood is better in the RPO game, but Allen could be the best passer of the three.

Regardless, Stoops wants to see better QB decisions in the ground game.

“All of our quarterbacks aren’t going to be perfect on their run reads, as far as giving it to the back or pulling it,” he said. “Sometimes there’s some gray there and we’re not always going to be perfect. We understand that. On our run-pass options, we’re very clear on that and we need to be on point with that. That we need to improve on,” Stoops said. “To be able to be effective offensively we have to execute that.”

Stoops said for now, there is no QB plan for Georgia, leaving all of his options open.

“All of the quarterbacks need the reps,” he said. “They need the looks. That’s where it gets — there’s a fine line there with running our receivers into the ground, but also getting the looks for the quarterbacks at game speed. It’s hard getting three quarterbacks looks but (Allen) has been impressive. I’ve said that from the beginning. He’s a guy that definitely has some great ability, anticipation and can throw the ball. We’ll see where it goes. It’s hard to get three guys ready, but yes he is in the mix.”