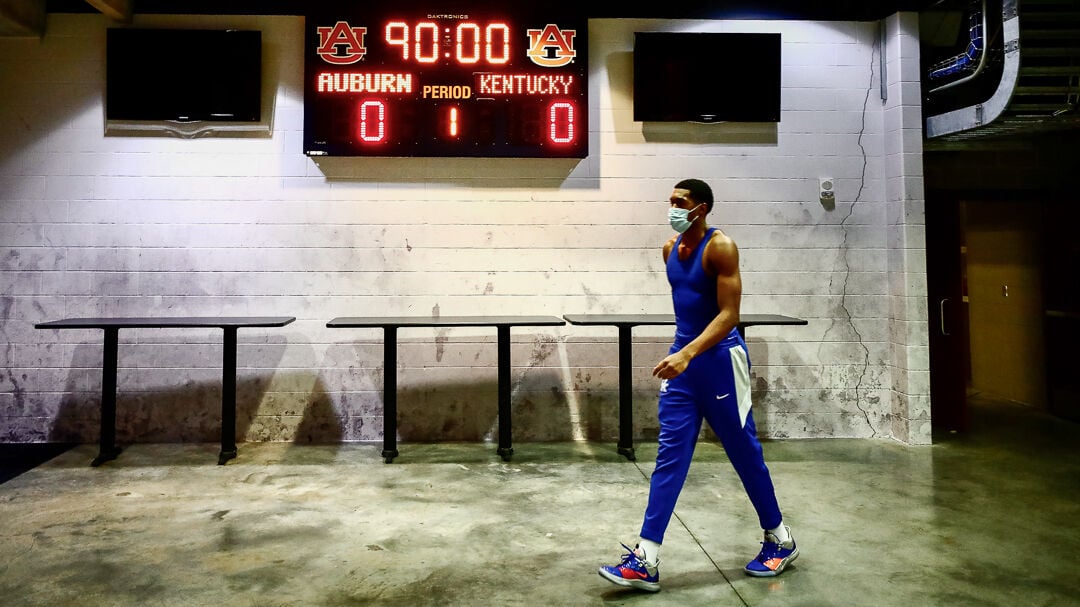 Kentucky's Keion Brooks walks into the arena before Saturday's game at Auburn. 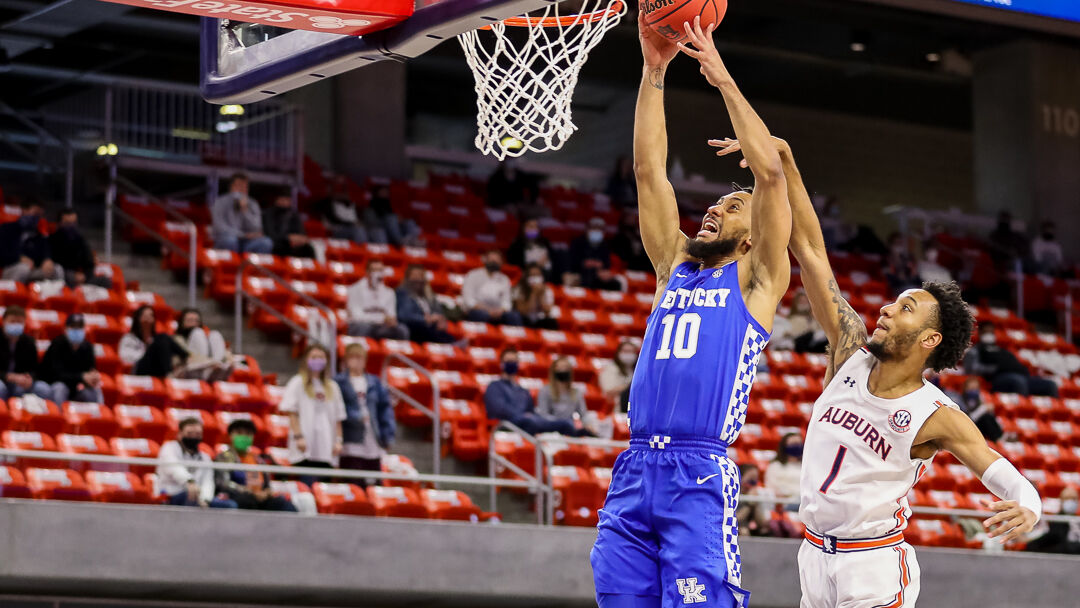 Kentucky's Davion Mintz goes up for a layup in Saturday's loss at Auburn. He led the Wildcats with 11 points.

Kentucky's Keion Brooks walks into the arena before Saturday's game at Auburn.

Kentucky's Davion Mintz goes up for a layup in Saturday's loss at Auburn. He led the Wildcats with 11 points.

LOUISVILLE, Ky. (WDRB) – We are midway through January. The Kentucky basketball team has lost twice as many games as it has won. The first half of its game Saturday at Auburn resembled a game of "Rock, Paper, Scissors." But without the paper and scissors.

Cut it. Print it. A UK program that has proven its share of January doubters embarrassingly wrong during coach John Calipari’s dozen years at the helm shows no signs of pulling a rabbit, or an NCAA Tournament bid, out of its hat after a 66-59 loss to the Tigers.

It was Kentucky’s second straight loss and came in spite of Kentucky playing well defensively, scoring more points in the paint, more points off the bench and more second-chance points.

The Wildcats (4-8, 3-2 Southeastern Conference) didn’t take advantage of opportunities they afforded themselves, especially with their defensive play in the first half. They didn’t let Auburn’s flashy freshman point guard, Sharife Cooper, go crazy. He finished with 11 points and 8 rebounds but went 3 for 13 from the field. In the first half, Auburn shot just 24% from the field (8 for 33) and was just 2 for 17 from 3-point range.

But Kentucky wasn’t much better and led just 25-21 at the break. The Wildcats' final point total matched the season-low they posted in a loss at Louisville.

"We defended the way you defend to win games," Calipari said. "We missed everything. No one wanted to shoot, so I’m yelling to dudes, 'Shoot ... the ... ball!' That’s what it got down to. We missed wide-open shots. We had our chances. You know what? We’re close. ... We let one slip away on the road. We should have been up big at half. I can’t believe we weren’t."

It was this kind of game: At the first TV timeout, the score was 5-2. Neither team found a rhythm the entire game. Kentucky didn’t allow Auburn anything clean around the basket and was able to extend on its 3-point shooters. A team that loves to live by the 3 made just 5 of 24 for the game.

But after its dismal first half from beyond the arc, Auburn came out determined to take the ball to the rim and succeeded. The Tigers shot 55.7% in the second half and went 12 for 20 from 2-point range.

The key sequence came midway through the second half. Kentucky led 43-41 with 11:19 to play, when Auburn went on a 15-3 run, with 5 of the 7 baskets in the run being layups or dunks and 7 of the points coming off Kentucky turnovers, including the last two layups, which came on breakaways after steals.

For the game, Kentucky had 18 turnovers, which Auburn turned into 20 points.

"We had a lot of breakdowns," Calipari said. "Could have changed lineups, could’ve, should’ve, would’ve, at the end of the day, we got out-toughed. That’s what happened."

Kentucky got 11 points from Davion Mintz and 10 from Jacob Toppin. Dontaie Allen played only 8 minutes in the second half after playing 15 in the first. He finished with 8 points.

The Wildcats did claw back late and pulled within 2 on a Devin Askew layup with 1:40 left. But Cooper found Jaylin Williams for a lob dunk on the other end and answered a Toppin dunk with a layup of his own with 39 seconds left. Kentucky pulled back within 3 after Askew made a free throw, and Keion Brooks chased down the rebound off a miss on the second shot but was tied up by Williams in a play Kentucky coaches thought could’ve been a foul.

Regardless, Kentucky lost possession with 26 seconds left and, subsequently, the game.

It seems premature to even discuss postseason hopes for a team that is 4-8 with 12 games left to play. But we are talking about Kentucky, and that is the expectation. Calipari isn’t writing off the possibility yet.

"We still have our chances," he said, when asked. "I mean, we can go on a run and we’ll be fine. ... In a game like this, 3 baskets breaks the game open. ... We’re still not quite there yet. The toughness on drives. ... We fought and gave ourselves a chance, but during the game, the mano-y-mano stuff we didn’t make."

Next up for Kentucky is a visit to Georgia at 7 p.m. on Wednesday.

LMPD: 1 dead, 2 in critical condition after shooting in Smoketown neighborhood