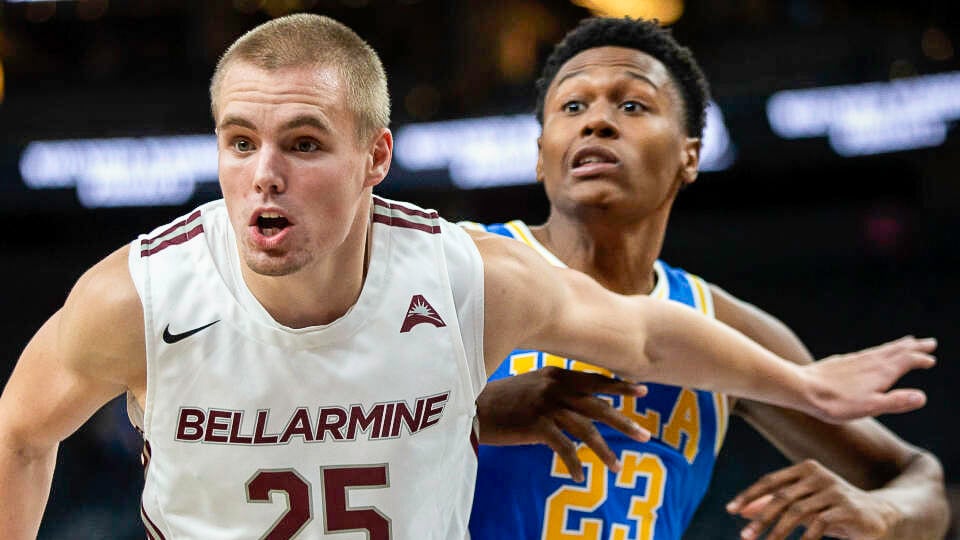 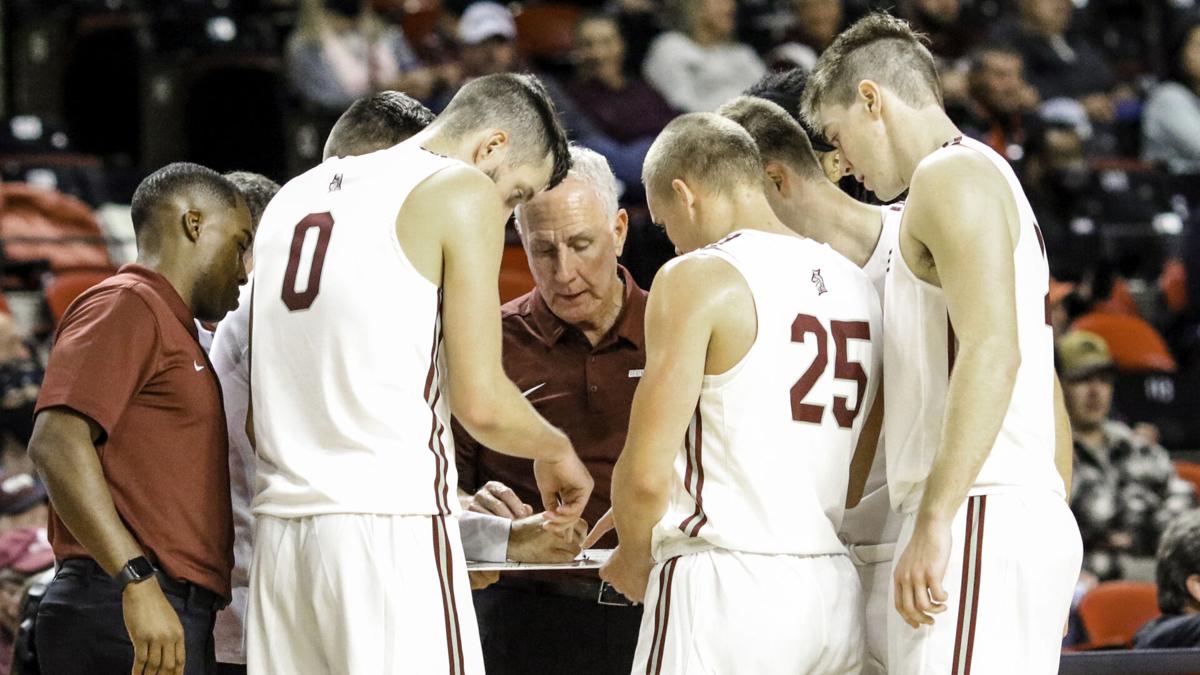 Bellarmine coach Scott Davenport talks with his players during an exhibition victory over Tiffin.

Bellarmine coach Scott Davenport talks with his players during an exhibition victory over Tiffin.

LOUISVILLE, Ky. (WDRB) – Scott Davenport understands the competition his Bellarmine basketball team is facing. In one way, it is unlike what any team has faced before.

After falling to No. 2-ranked UCLA 75-62 on Monday night in the first game of the Empire Classic in Las Vegas, Bellarmine became the first team in NCAA history to face teams ranked No. 1, 2 and 3 in the month of November.

But if he knows the competition level, Davenport also knows his team, and he knows how it has been taught to play the game. And the team he saw against Purdue and Gonzaga was not the Bellarmine team he's become accustomed to seeing, and he let his players hear that in no uncertain terms on Monday.

On Monday night, he saw some things he recognized.

"We played like Bellarmine, from an effort standpoint, from an Xs and Os execution standpoint, and from a belief standpoint in each other and what we do in practice," Davenport said in his postgame interview on 93.9 TheVille FM in Louisville. "The score will take care of itself. I know the second-chance points (UCLA outscored Bellarmine 21-9). That's (UCLA coach) Mick Cronin. We forget, they're a Final Four team with literally everybody back and Mick coaches toughness as good if not better than anybody in the country. We knew that going in."

But Bellarmine held its own in a lot of areas. UCLA won points in the paint 40-36 but Bellarmine went 13-13 from the free-throw line while UCLA went just 1 of 6. Bellarmine also turned it over 17 times, which resulted in a 24-9 edge in points off turnovers for the Bruins.

"The biggest glaring thing is our turnovers," Davenport said. "Some of it is the competition, some of it is us. Now, nobody's trying to turn it over. But at the end of the day, they get 22 more attempts than us. The shooting is dead even. They shoot 45.2 percent, we shoot 45.1 (including 56.2 percent in the second half). So, let's say we get 22 more shots? But they're, you know, I have so much respect for Mick. They're playing No. 1 tomorrow night, a rematch of one of the greatest Final Four games in modern history."

UCLA was led in scoring by Peyton Watson, who finished with 19 points. Johnny Juzang and David Singleton added 13 each. Dylan Penn had 19 points for Bellarmine. CJ Fleming added 12 and Curt Hopf 10 for the Knights.

UCLA opened a 20-point lead early in the second half, but Bellarmine pulled back within 13 just before the under-8 media timeout, and the game remained close the rest of the way. UCLA outscored Bellarmine just 39-37 in the second half. Cronin was less-than pleased with his team's overall showing.

'To me this is a loss. The things I care about -- hustle, attitude, effort, execution, the things that will get you wins when they really count -- to me matter more than any category,'' Cronin said. ''Bellarmine won in those categories. So it's a credit to coach Davenport.''

After the game, ESPN's Seth Greenburg ran up to Davenport to compliment him on his team's play. Davenport responded, "Don't tell me. Tell our players." Greenburg asked, "Where's your locker room?" And it was Greenburg who talked to Bellarmine's players after the game.

"When you do the right things and play the right way, opportunity chases you down," Davenport said. "When you don't, the door slams. So I was proud of them."

Davenport said the overall experience on the road trip has been "hot and cold."

"The experience at Gonzaga was the greatest student involvement we've ever seen," he said. "But our players didn't like the result. And yesterday, I think they were still feeling sorry for themselves. But we've got to clean it up, man. These turnovers. . . . There's nobody loses worse than me. I own it. But this is how you build a program."

Bellarmine will still be seeking its first win of the season when it faces Central Michigan Tuesday night at 7 to conclude its long road swing.

The Knights are back home at Freedom Hall on Sunday afternoon at 3 p.m. against Franklin College in a Bellarmine Veteran and Military Appreciation game.

"We're home Sunday. If you're a JCPS teacher you get 4 great tickets for $25," Davenport said. "I hope people will pass the word around and let's support these guys. It's 3 o'clock on a Sunday. These players deserve all the support people can give them."

Earlier Tuesday, the University of Louisville announced that Bellarmine will play Louisville in the KFC Yum! Center in each of the next two seasons, as part of an arrangement that saw the Knights give up a home game in Freedom Hall to allow the No. 1-ranked and undefeated U of L volleyball team host the NCAA regionals there in the second week of December.

That move necessitated Bellarmine moving a home game on Dec. 11 to the KFC Yum! Center. Davenport didn't agree to any moves before polling his team.

"I want to compliment the dealings between the University of Louisville and our university," he said. "And I want to give credit to our players. Our 4 captains said absolutely let's do this for that volleyball team, they're No. 1 in the country, they deserve this."