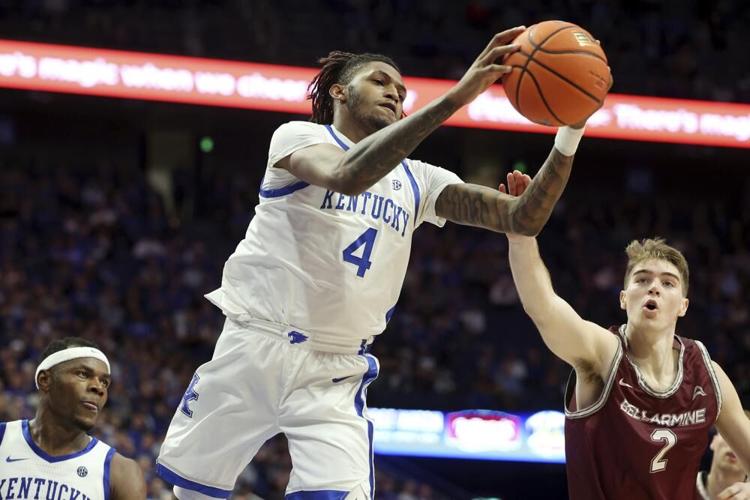 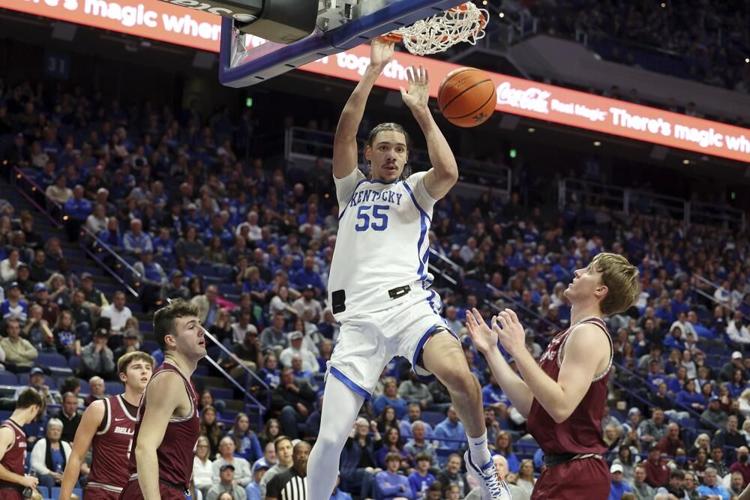 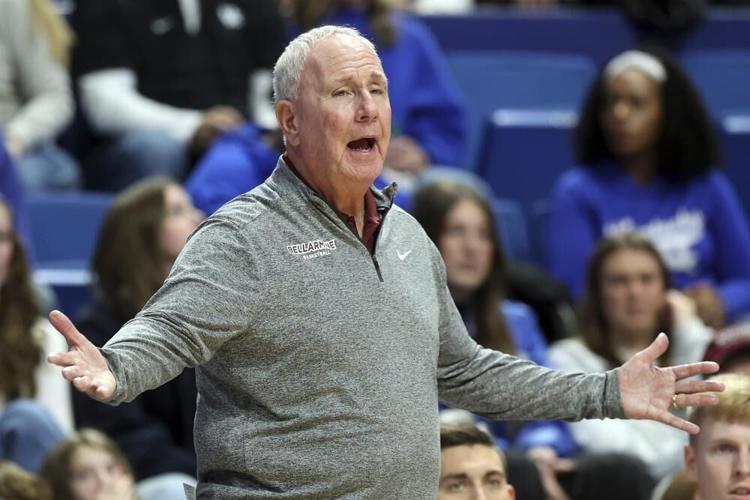 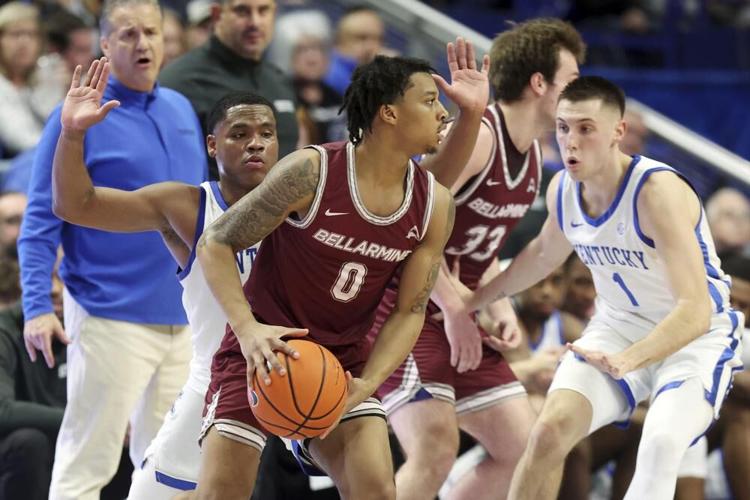 LOUISVILLE, Ky. (WDRB) — Everybody thought this would be a season when Louisville might not enjoy dominant basketball, but would have a team that fought, that played with passion and precision, that made up for lack of physical gifts with execution and effort, a team that might be outscored but never outworked.

Louisville does have that basketball team. It’s wearing a Bellarmine uniform.

After 5,633 miles, road games at Cameron Indoor Stadium and Pauley Pavilion, not to mention Loyola Marymount, after injuries big and small, the Bellarmine basketball team flew all night Sunday (with a layover in Atlanta) to get home from UCLA, went back to practice Monday afternoon, had a morning shootaround on Tuesday, then got on a bus just before 3 p.m. on campus and headed to Lexington.

Bellarmine had no right to be tied 21-21 with No. 19 Kentucky at halftime, but it was. It had no business holding a 4-point lead at the first TV timeout, but it did. There's no way it should've led Kentucky for nearly 13 minutes and been tied for 10:33 more on Tuesday. But it was. With about 10 minutes left in the game, you could see Bellarmine’s legs beginning to fade. But throughout this road trip, its heart never did.

Kentucky began to exploit its size and speed advantages with a 23-3 run after falling behind by four, taking command of the game over an 8-minute stretch before rolling to a 60-41 win. It’s what the Wildcats are supposed to do.

But Bellarmine, too, did what it was supposed to do during its unprecedented college basketball gauntlet. It learned. It competed. And it made the most of its chances.

"Give (Kentucky) credit. They physically are better," Bellarmine coach Scott Davenport said. "I mean, they are. But in terms of doing what we asked them to do, our guys opened their chests and gave everything they had. Incredible effort. . . . It looks so easy sitting over here. But believe me, those kids gave us, this community, and our university, everything they had. "

The schedule, of course, has been brutal. It’s also been unforgettable. The NCAA may not allow Bellarmine into the NCAA Tournament this season, as it did not last season, even after winning the ASUN Tournament.

But Bellarmine is the poster child for making the most of the college basketball experience. A win in the KFC Yum! Center. Down 10 with 10 to play at Duke. Down 10 with eight to play at UCLA. The program’s first-ever trip to Rupp Arena. UCLA, Duke and Kentucky represent more than a quarter of all NCAA championships. Ever.

Bellarmine battled, and it has the scars to prove it. Jake Thelen suffered a knee injury at UCLA. Zac Jennings suffered a dislocated shoulder. Graduate captain Juston Betz, owner of two Bellarmine degrees, is going to have to get that doctorate to help guys stay on the court, including himself. He played Tuesday with a hip injury.

The Knights came in with a solid game plan. Pack in the defense. Don’t give up the paint. For a while, they were able to grind out the game and make it work. But they didn’t have enough to make it work for 40 minutes.

Bellarmine made only three field goals after the 16 minute mark and managed just 20 points in the second half.

Kentucky shot 57 percent in the second half. Antonio Reeves led Kentucky with 18 points and Jacob Toppin added 12. Bellarmine was led by Curt Hope with 15 points and Bash Wieland with 10.

Next up for Kentucky is a game against Michigan in London, on Sunday. Bellarmine returns home to Freedom Hall on Sunday to face Alice Lloyd.