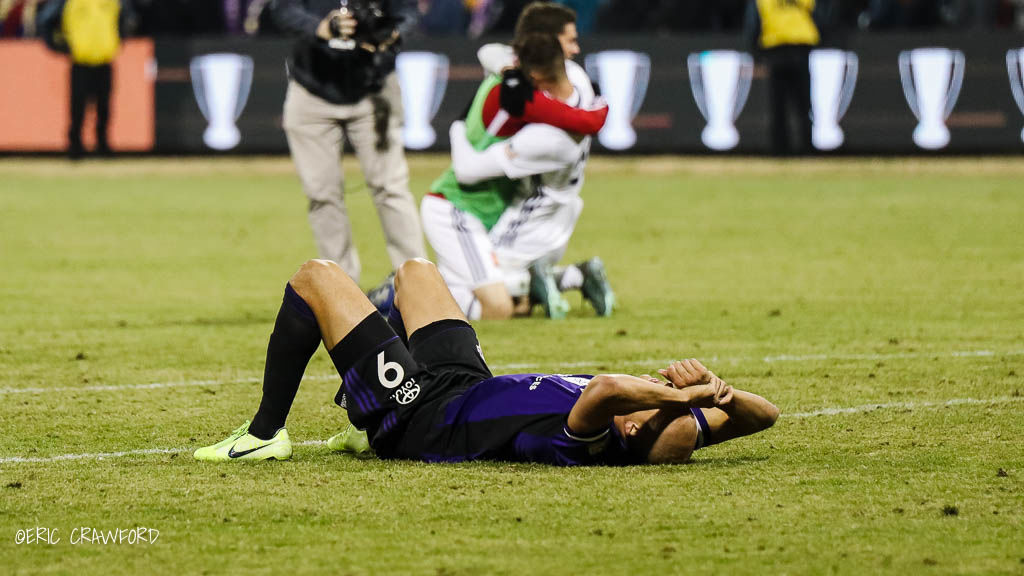 Louisville City's Luke Spencer lays on the ground after the team's loss in the USL Cup Final, while Real Monarchs SLC players celebrate. 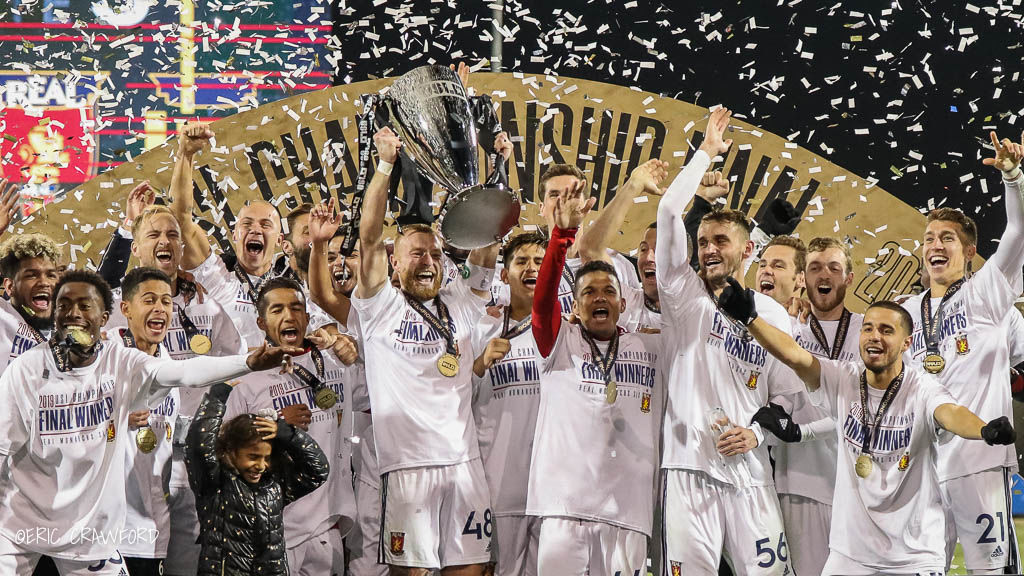 Real Monarchs celebrate an historic USL Finals victory as the first road team ever to win the trophy. 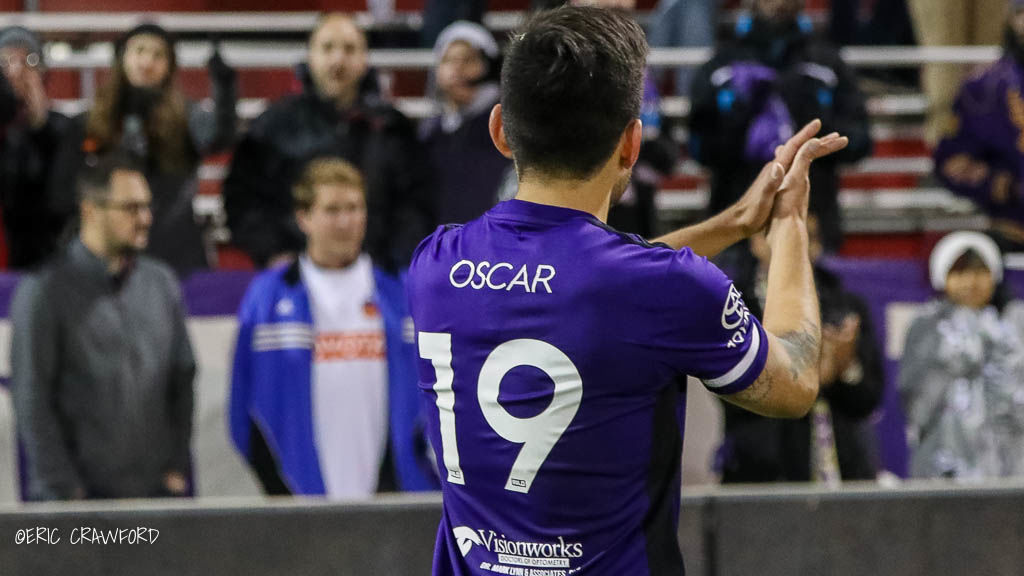 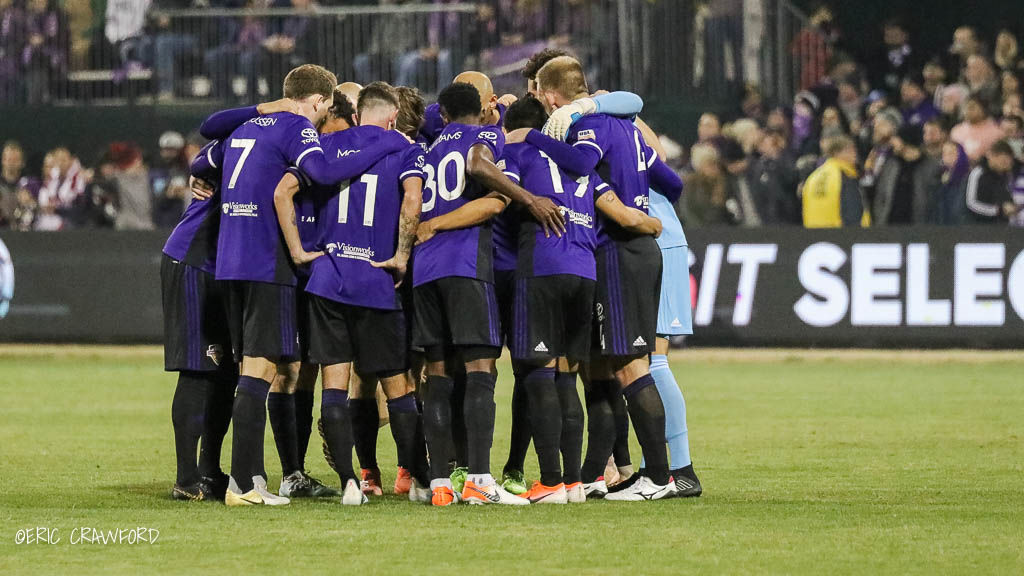 Louisville City's Luke Spencer lays on the ground after the team's loss in the USL Cup Final, while Real Monarchs SLC players celebrate.

Real Monarchs celebrate an historic USL Finals victory as the first road team ever to win the trophy.

LOUISVILLE, Ky. (WDRB) – You can tell a lot about a player, team or organization by how it conducts itself in defeat.

Nobody around here wanted that to be the case on Sunday night in the USL Championship Final at the University of Louisville’s Lynn Stadium. The Louisville City Football Club was going for its third straight league title, and by the way it began the match against Real Monarchs SLC of Salt Lake City, it looked as if it would get it.

Louisville opened with a brilliant flourish. But momentum is hard won in soccer, and even harder kept. After falling behind in the opening minutes, Real Monarchs claimed momentum with a pair of goals in the final 25 minutes of the first half, and preserved the win with a second-half goal and stellar defense against a Louisville team that has made coming from behind its calling card this season.

As time expired in the 3-1 defeat, you could see the pain in the faces of the LouCity players. You could feel it in the reaction of president Brad Estes, and head coach John Hackworth.

This is a stage the franchise expects to be on, and a game it expects to win. To lose this way, in this setting, hurts. A lot. There were tears. Luke Spencer stretched on the ground, his hands on his head. Others slouched to the ground as a celebration erupted around them.

But here is where Louisville can be proud of this group – and make no mistake, it already has proven to be proud of it many times over. Minutes after the shock of the disappointment, but even as it was still settling in, the LouCity players gathered themselves, went to congratulate their opponents, and then remained on the pitch while the winners were crowned USL champions.

It was a classy move from an organization that has made class one of its cornerstones.

This, no doubt, is one of the reasons this franchise has flourished. It is community minded. It conducts itself well. Yes, it wins. A great deal. But on a night like Sunday, even when it doesn’t, it gives the 7,025 fans who showed up a reason to be proud anyway.

Not that the LouCity players were happy about it. Team captain Paolo DelPicoclo, accepting the runner-up medal from the USL president after the match, had no desire to have it hung around his neck. He just took it and moved on. Team captain Speedy Williams said that watching the confetti fall on another club as it hoisted the trophy was a new experience, and one he didn’t enjoy.

“I was thinking to myself that, ‘I’ve never been in that position before, like I’ve never sat and watched a team raise a trophy before,’” Williams said. “It felt really awful to be honest. Congratulations to them, nonetheless. . . . It was a challenge as no one has won three in a row before and we were so close to doing it. To be honest, that’s a testament to the team and what we do every day in practice and our beliefs and I’m telling you right now, there’s a big chance we’ll be here again next season.”

Early on, it seemed as if Louisville City might dominate.

No visiting side had ever won a USL final. And Louisville struck with the fastest goal in USL finals history, in just the sixth minute, when Mangus Rasmussen knocked in a low cross from Niall McCabe at close range.

Louisville kept the pressure on, with two more golden opportunities in the next eight minutes, an Antoine Hoppenot shot that went just wide and a Brian Ownby shot that was stopped by Real goalkeeper David Ochoa.

Later, Hackworth said he thought not being able to convert one of those early opportunities would come back to haunt his club. He also thought, after about 20 minutes, his team became too conservative. When Monarchs put home a couple of goals before half – including one in the final minute before halftime -- it took some of the wind out of his team’s sails, though it has come back plenty of times before and was accustomed to the position.

“When that second goal goes in, and I believe the 44', that was a dagger,” he said. “It’s a terrible time to give up a goal. Our staff has prepared a halftime talk about adjustments and it all gets thrown out the window in one moment. Now you’re down a goal when you think you’re going into the locker room even.”

At some point, the feeling settled in that it just wasn’t going to be Louisville’s night. Shots it generally puts away were just off. Defensive plays that usually are made don’t get made.

“I don’t know if there was a moment," Hackworth said. "Certainly, when I think the ball falls to Abdou (Thiam) in front of him and he has the job of figuring out a way to get it past the Real Monarchs goalkeeper, and it doesn’t happen for us, that was tough. At that point we’re down by two goals. I think the third goal that they score we had to throw numbers forward, so we knew we were going to be vulnerable on the counter-attack. I know (goalkeeper) Chris (Hubbard) would want that back. 10 out of 10 times he saves that normally. Maybe that third goal or the fact that we just couldn’t find that second one. I felt like if we found that second one in particular, at that point in the game, we would’ve had a lot of momentum. I would’ve liked our chances to find a third.”

This is how it goes. You replay these things mentally for a while. But they happen. You pick yourself up and move forward.

And Louisville City will move to a new chapter – its own home in a new stadium that will be completed before next season. That facility is a testament to how much the club has accomplished in a relatively short time in the city.

As the players circled the stadium to thank fans after last night’s game, you could see the affection that poured down, even in defeat. The fan base has embraced the club, literally and figuratively. It was a bitter end, but a new beginning awaits.

“This week we’ve got a lot of work to do,” Hackworth said, regarding personnel decisions and moves for the future. “But we’ve got a club that has brought back a lot of guys, and you should expect the same thing. The guys in that locker room are fantastic. They’re the best at what they’ve done, winning playoff games and trophies, with tonight being an exception. But there’s a lot of quality in that locker room.”