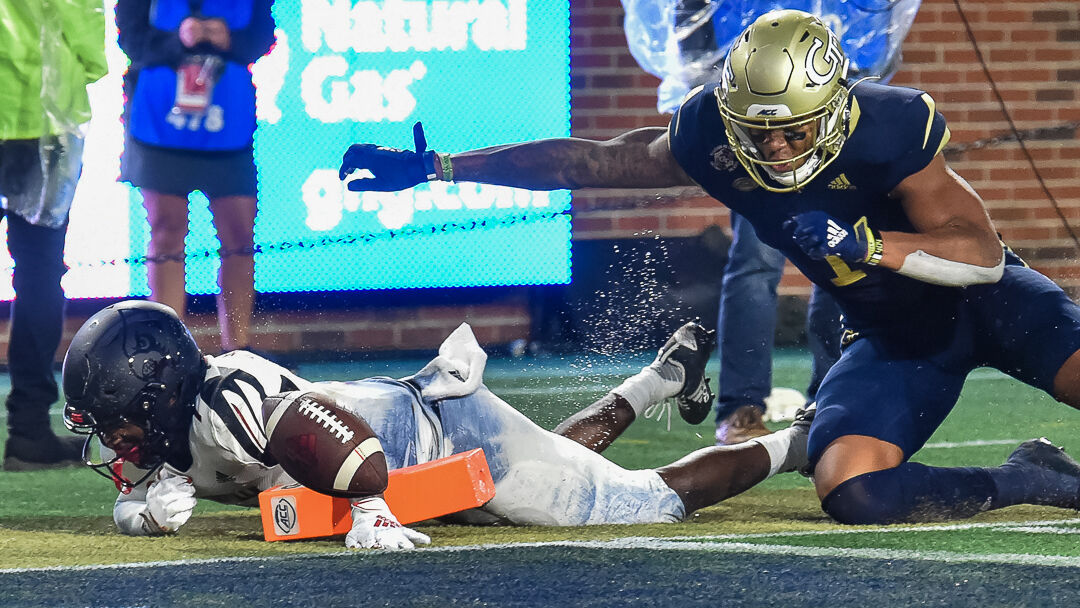 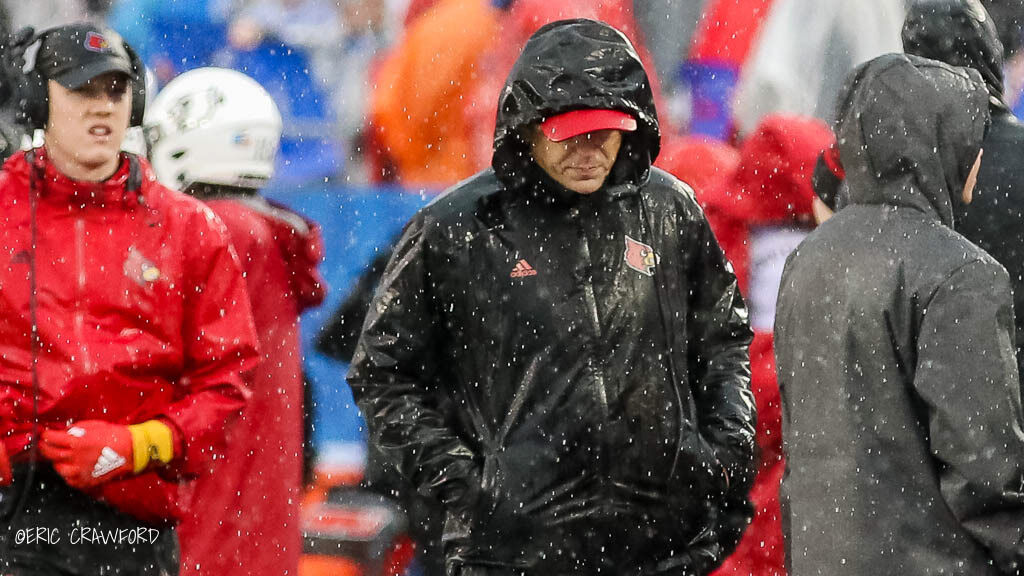 Louisville coach Scott Satterfield is still looking for answers after a close game at Georgia Tech became a lopsided loss.

Louisville coach Scott Satterfield is still looking for answers after a close game at Georgia Tech became a lopsided loss.

You name it, the University of Louisville football team piled it up in Friday night’s 46-27 loss to Georgia Tech at Bobby Dodd Stadium.

Call it what you want, but it was a pile of something. Louisville had a 14-point lead in the first half. With 9 minutes to go in the game, the Cardinals led by 1 point and were driving near midfield. But Scott Satterfield's team melted down from that point on, giving up up 3 touchdowns in the final 8:40.

Now, after its worst loss of the young Satterfield era, Louisville has a fight on its hands to keep its season from slipping away.

Louisville controlled the line of scrimmage Friday. It just couldn’t control its own mistakes. Three Cardinal turnovers led to 19 Georgia Tech points, and negated what good things they was able to do on both sides of the ball.

As a result, the Cardinals come home with a 1-3 record — 0-3 in the Atlantic Coast Conference — with the schedule showing a trip to No. 5 Notre Dame next week.

"They did an excellent job of stripping the football," Satterfield said after the game. "We've obviously got to do a better job of hanging onto the ball. That resulted in 19 points. I think it's one of the things you've got to get better at. We had the lead at 21-6, and a huge play in the game when they hit a screen right before the half and got the ball down the field and scored a couple of plays later. I thought that was a huge point in the game. Then they get the ball back after halftime."

Georgia Tech took an early 7-0 lead after a Hassan Hall fumble on Louisville’s first possession. Despite all the mistakes, however, Louisville was in the game and looked as if it might get some kind of control with a 27-26 lead and driving near midfield early in the fourth quarter. Then, a Javian Hawkins fumble gave Georgia Tech good field position, and the third-and-19 TD pass from Jeff Sims to Malachi Carter put the Yellow Jackets on top.

Louisville couldn’t sustain a drive on its next possession, and Georgia Tech did with the ball what Louisville failed to do – keep it on the ground, pound it forward, amass first downs and then hit a big pass to put the game away.

Louisville couldn’t even get the ball across its own 25 on its next possession and turned the ball over on downs.

Georgia Tech scored a touchdown on five of its six second-half drives.

The end of the game for Louisville was listless and a bit bizarre. Georgia Tech was just looking to hand the ball off and run out the clock, but, after a Louisville timeout, Dontae Smith went off tackle to his right, and no one tackled him.

Missed tackles were a problem in the game. Nor did the Cardinals benefit from losing standout cornerback Marlon Character on a targeting call.

Louisville got a decent enough game from Malik Cunningham, who completed 19 of 33 passes for 229 yards and two touchdowns. He also ran for 50 yards (67 before sacks) and a pair of scores.

But Hall's two fumbles and particularly the one by Hawkins – who nonetheless ran for 155 yards on 26 carries – told the tale of the Cardinals' night.

And it wasn’t a happy one. This is a Louisville team that has not moved forward after being one of the most-improved teams in the nation a season ago. Losses to ranked opponents in Miami and Pittsburgh were disappointing. Losing to a Georgia Tech team when you’re favored is perplexing.

Now, Satterfield said the challenge is handling adversity. He said he talked to his players about it after the game.

"You've got to take it one day at a time," he said. "You can't look at expectations. If we looked at expectations last year, we would have tanked it early. You take it one week at a time and do the best you can. If things keep going tough like they are right now, then some people in this world jump ship. They quit and they give up. Just like life, is what I told them.

"It's like in a marriage," he continued. "You and your partner are in a sticky situation, what are you going to do? Are you going to run from it, or are you going to fight for your marriage? It's the same situation. That's an analogy that we use. We've got to fight for our team and continue to bring it every single day. We play too many teams in this league — they're all good; they all can beat you. ... It all starts in practice. How committed are you? So we'll see when we get back to practice Sunday."

IN HIS WORDS | Satterfield talks Louisville's loss at Georgia Tech, and what comes next

Friday's loss was the largest margin of defeat in program history after taking a lead into the fourth quarter.