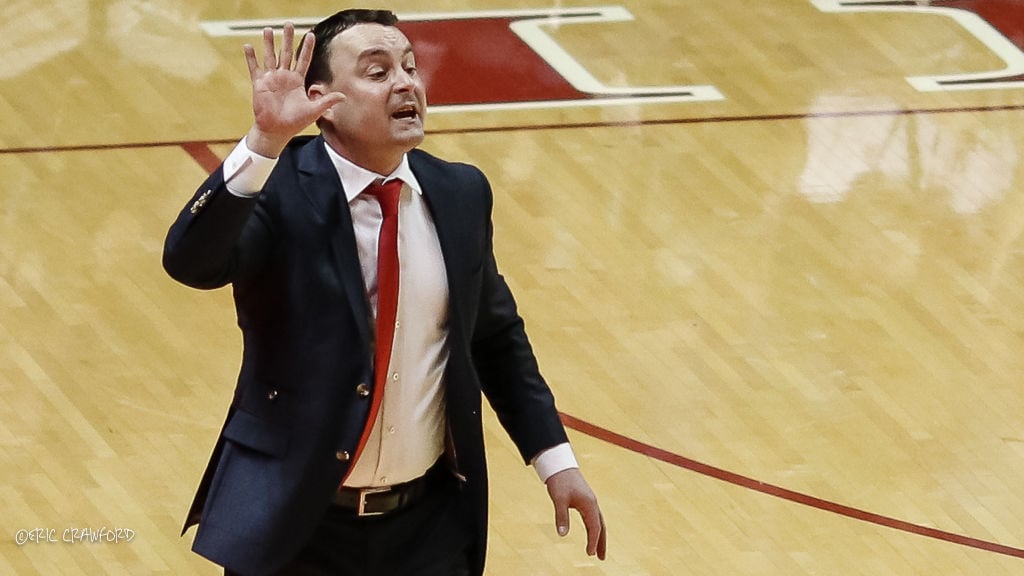 Archie Miller shouts to his team during a 2019 game. 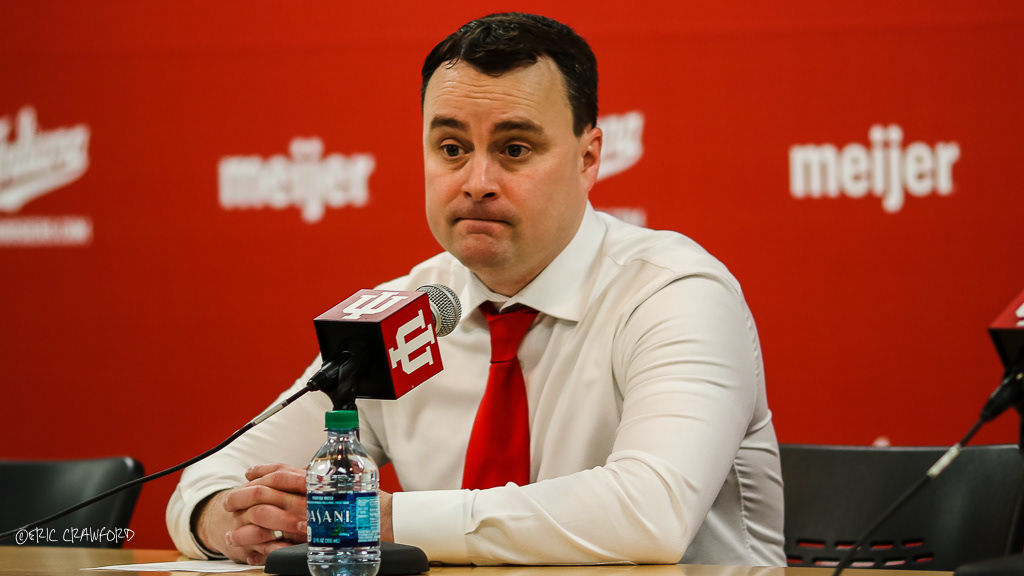 Archie Miller shouts to his team during a 2019 game.

LOUISVILLE, Ky. (WDRB) – That little rustling sound you hear around the state of Indiana lately is head-scratching after the Hoosiers' past two basketball games.

In one, Indiana dispatched a nationally ranked Florida State team that is expected to be among the better teams in the ACC, 80-64. In the next, the Hoosiers never got anything going in an 84-64 loss at Wisconsin.

Perhaps the latter can be written off as the usual Hoosier mental block in another loss in Madison, but it adds a level of intrigue as Archie Miller takes his team to Madison Square Garden for a late tipoff against Connecticut in the Jimmy V. Classic Tuesday night. Start time is expected to be around 9:30 on ESPN.

"We have a quick turnaround," Miller said after Saturday's loss at Wisconsin. "We're on a big stage as we head to the Garden. The feeling that's in us won't go away until you work it out. You have to earn that right, and we're going to try real hard to do that as we take the floor."

Indiana has been a top 20 offensive team this season and has done as good a job as any team in the nation of getting to the free-throw line. The Hoosiers also have kept opponents largely off the offensive glass. Connecticut has struggled to score inside at times during a 6-2 start that has included losses to Xavier and Saint Joseph's. It did, however, beat then-No. 15 Florida by three at home.

Indiana has been led by Trayce Jackson-Davis at 14.8 points and 8.7 rebounds per game, and he’s also blocked 19 shots. He should have plenty of opportunities for more against UConn. Point guard Rob Phinisee is still listed as uncertain with a sprained ankle.

The game will be a homecoming for Indiana senior Devonte Green, a product of Long Island Lutheran. He’s tied with Jackson-Davis for the team scoring lead at 14.8 points per game, and is shooting 51.7 percent from three-point range. Against Florida State, he scored a career-high 30 points.

This will be the 10th all-time meeting between IU and UConn. Indiana has won 6 of them, with the last coming in 2013, a 59-58 victory by Connecticut.